Scale readymades in 1:18 and 1:43 are featured in this excellent 2014 catalogue from Paul's Model Art. But the stars of the show are the superb miniature dream cars from days of retro-futures past.


Motor show cars, and in particular the GM Motorama concepts hit the heights of designer dreams (below) with features like turbine exhausts, jet-plane fins, bubble canopy and aero-style intakes. This beauty was the Cadillac Cyclone XP74 concept of 1959. 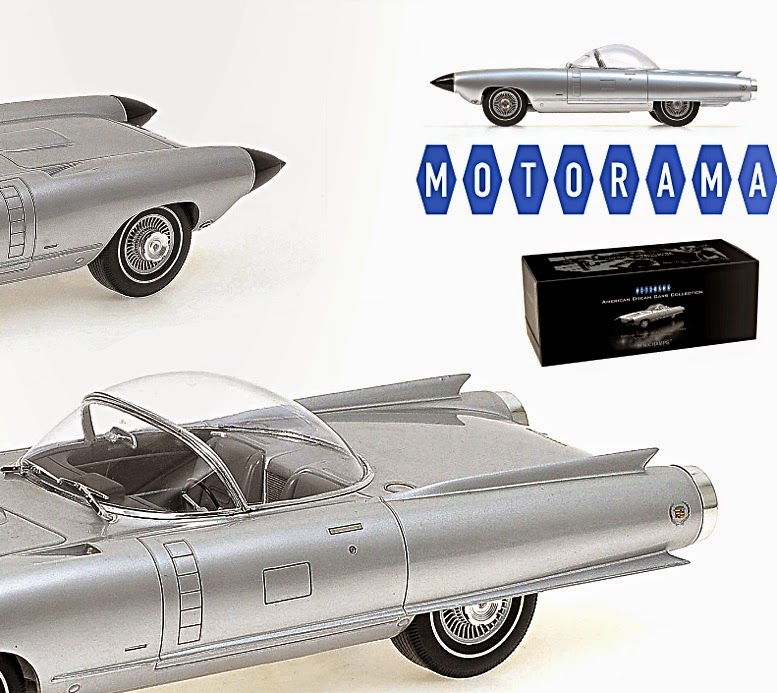 The LaSalle roadster (below) came from 1959, and was designed under the leadership of GM car-design legend, Harvey Earl. The Minichamps version is a limited edition in two scales, 1:18 and 1:43. 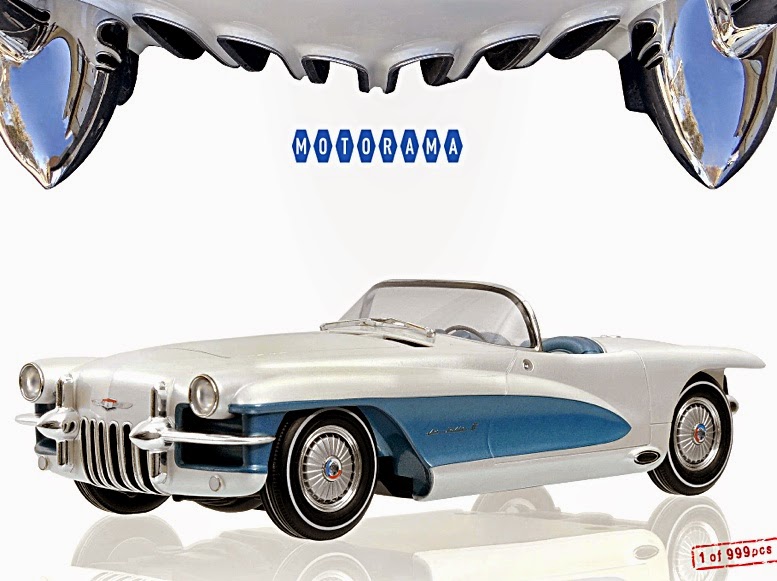 The Edsel Ford Model 40 sportster (below) was designed and built in 1934. Conceived on the classic lines pioneered by cars such as the MG and Triumph, the Model 40 was sleeker than either. The model comes in 1:18 and 1:32 scales. 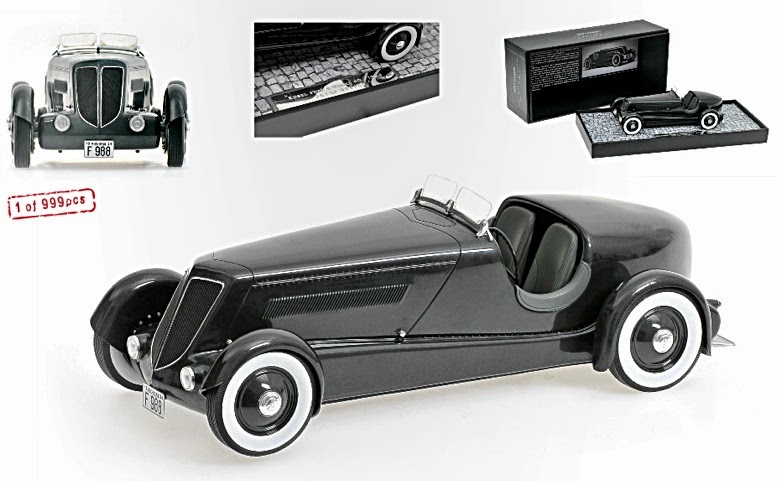 The 1938 retro-future design (below) came from Hispano-Suiza with the H6C Xenia. The design followed an aviation theme, with spatted wheels similar to those used by many fighter planes of the mid-1930s. 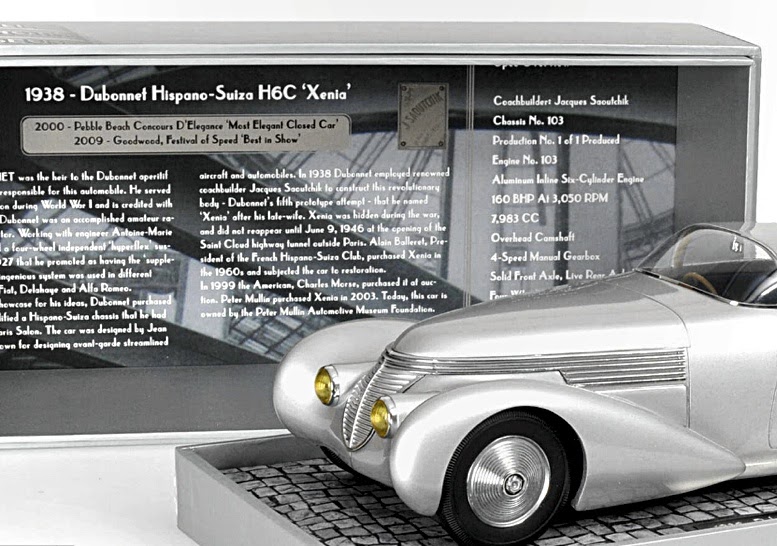 The are plenty more dream cars and exotica in the attractive catalogue (below) from Paul's Model Art and Minichamps.