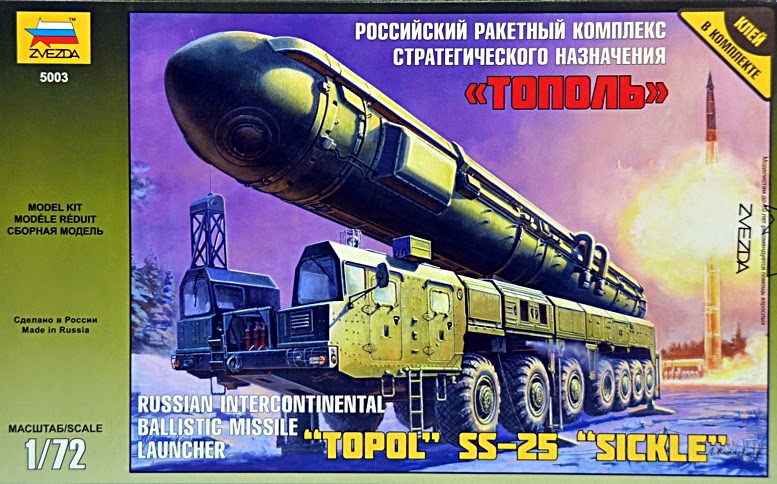 There was a time when missile models of all types littered the model catalogues. But things changed and they have become, like many of the real things, obsolete. Consequently, this 1:72 scale kit of the SS-25 TEL (Transporter-Erector-Launcher) by Zvezda, Russia’s major kit manufacture, comes as a bit of a surprise.


Mat Irvine: The SS-25 (NATO codename Sickle) TEL would be a complex kit even in the standard military scale of 1:35, but this is to 1:72 scale, and has an amazing 309 parts. The Zvezda SS-25 can be built in one of two ways, mobile transport mode, or ready for launch. You need to decide which it will be before you build, as your choice dictates which parts you will use. This is primarily because for launch, massive support pads are deployed from either side, to raise the whole vehicle off the ground and enable it to be levelled.

Photographs on the box bottom (below) show the build options. The scale is a good one for Zvezda to choose, as the TEL will look very interesting when displayed next to a group of current 1:72 scale Russian aircraft. 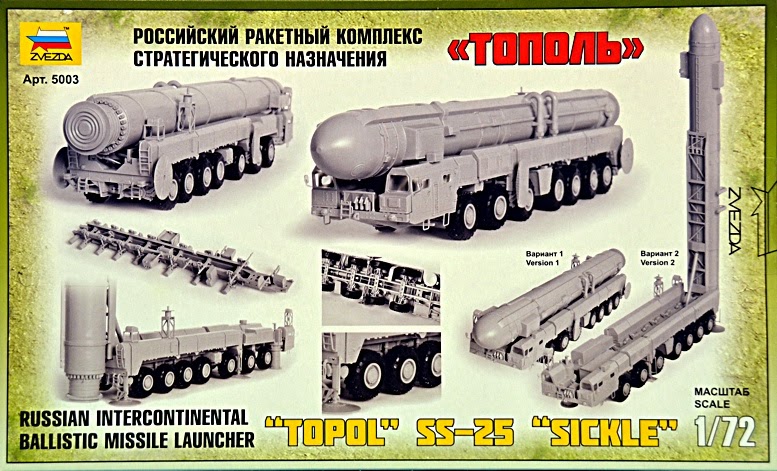 One very useful touch - especially for 1:72 scale - is that the 14 tyres are separately moulded in black vinyl. Very often with this type of kit, and particularly in this small scale, you find that the tyres are moulded integrally with the wheels. So you end up with the major task of painting both, usually in different colours.

In this kit, the wheels are moulded separately, so painting them is easy, whatever colour you choose. The main launcher and missile casing is listed as ‘dark green’, though photos of the real thing show other camouflage schemes. Besides Zvezda’s own paint numbering, Humbrol colours are also listed, a useful bonus. One nice mention is that the components come in a strong box. 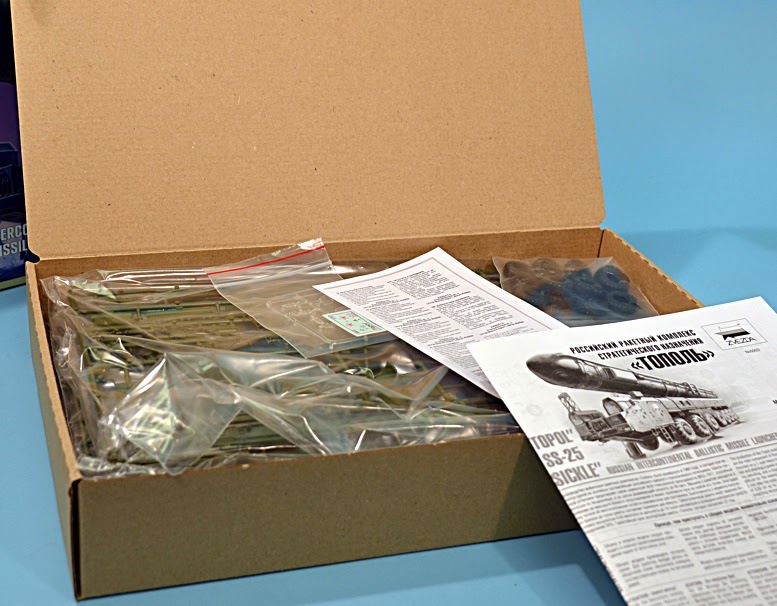 Assembly is not a problem, despite the large parts-count. Oddly though, the one thing you don’t get in the kit is an SS-25 missile. The kit is listed as a launcher, and that’s what you get. The large tubular object carried on top is the missile container, not the missile itself. The SS-25 is carried inside this, and Zvezda does not supply one, more's the pity.

The main runners (below) are moulded in dark green. Note the separate pack at bottom left, containing the vinyl tyres. 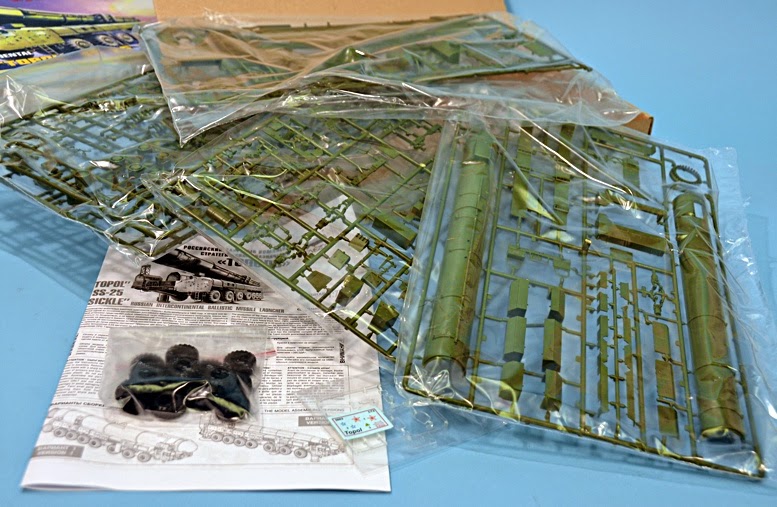 Double-page spread (below) from the comprehensive instructions, written in Russian and English. 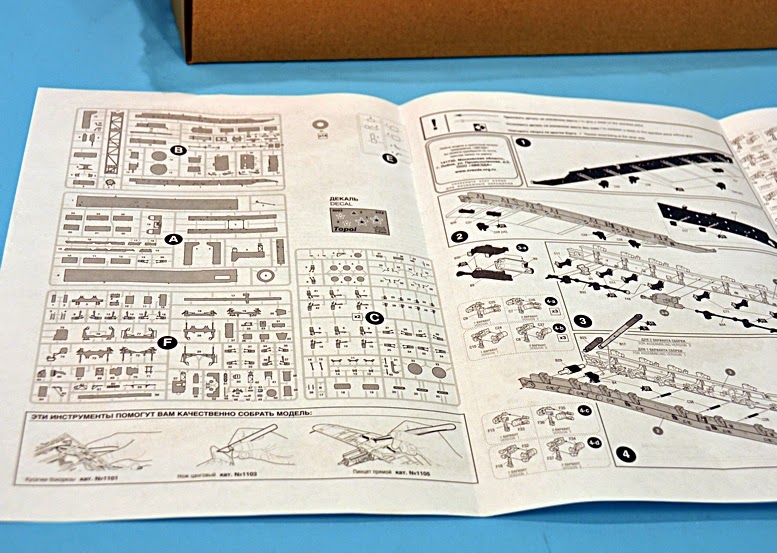 The real thing
The SS-25 first came into service in 1985, and is mounted on a MAZ-7917 truck, which is a TEL (Transporter Erector Launcher) vehicle similar to that used for other missiles, such as the SS-20. By Russian terminology it is actually the RT-2PM Topol (meaning ‘Poplar’ in Russian). The NATO designation is SS-25 Sickle, and both names are used on the kit. ‘SS’ stands for surface-to-surface, and all related Soviet/Russian missiles have a code name starting with same letter, hence Sickle.

SS-25 missiles are a regular sight (below) at the annual Moscow May Day parade. 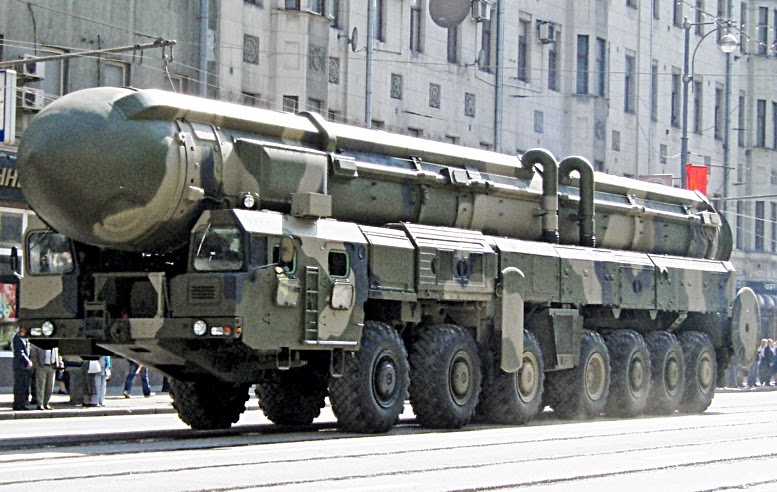 The SS-25 was built to carry nuclear warheads, but with the breakup of the Soviet Union, the missile’s construction and deployment became fragmented, primarily as many components were manufactured in countries that were no longer satellites of the former USSR.

SS-25 TEL in action, shown here with the missile tube at mid-elevation, on its way to the full vertical launch position. 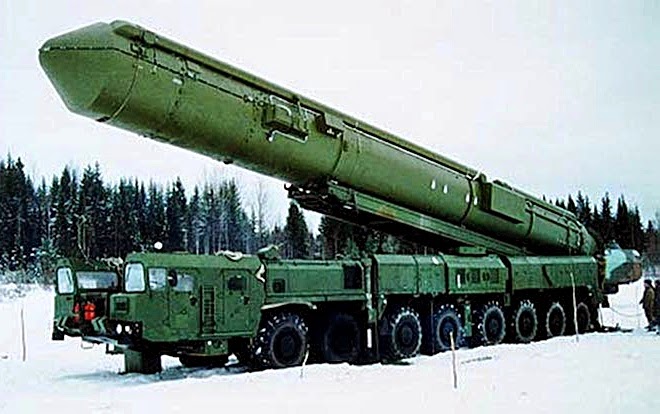 In more recent years the SS-25 has launched commercial satellites under the terms of START (Strategic Arms Limitation Treaty). This is similar to other military missiles that have found commercial use, including the Russian A- and D-Types, and the US Atlas and Titan.

A civilian version of the SS-25 (below and bottom) as used for the Start and Start-1 projects. If military green is not your choice, this could make an interesting alternative. 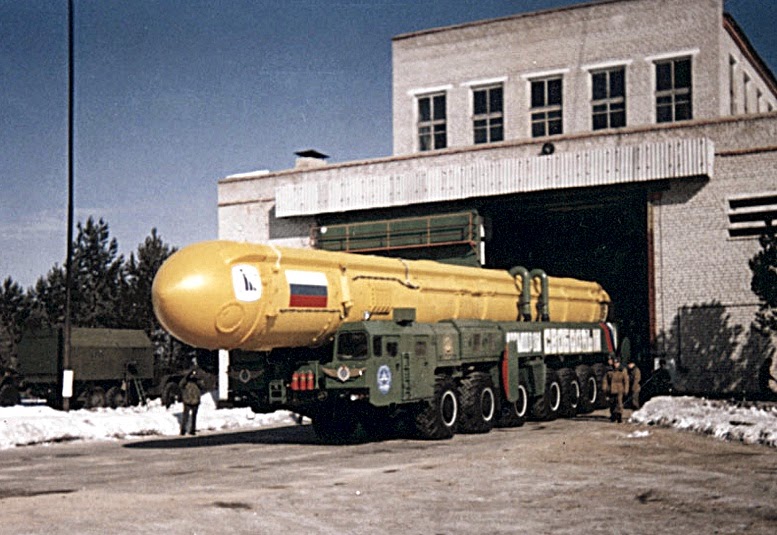 Watch this space for a future full-build of the kit.

Thanks to Zvezda’s UK importer and distributor, The Hobby Company, for the review kit. 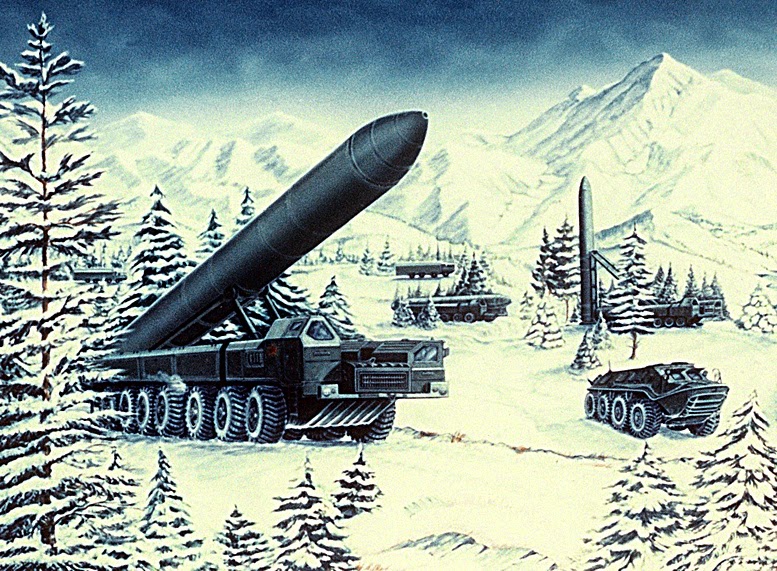 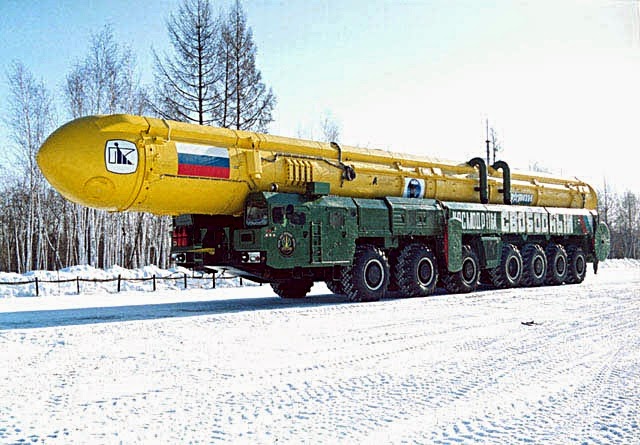 A decommissioned SS-25 TEL (below) on public display. Note the raised wheels, to avoid flattened tyres. 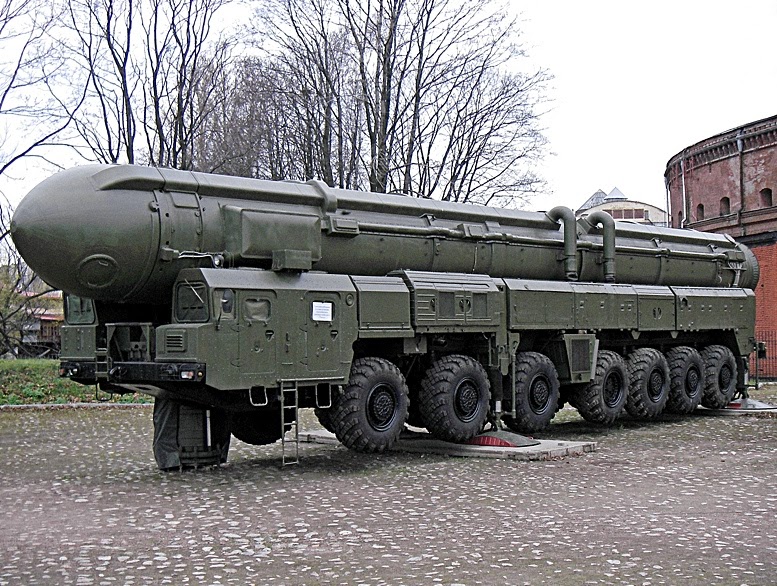