The USS Hornet (CVS-12) Apollo Recovery Vessel is a reissue by Revell-Germany of a kit first produced by Revell Inc in 1969. The kit was titled ‘Hornet + 3’ and featured the Prime Recovery Ship (PRS) for the returning Apollo 11 Moon-landing mission of July 1969


Mat Irvine: The Revell USS Hornet is a conventional kit for a naval ship of that period. A one-piece hull and one-piece flight deck are supplied, to which you add the superstructure, various elevators that carry the aircraft from below desks, and a variety of aircraft that were carried at the time. 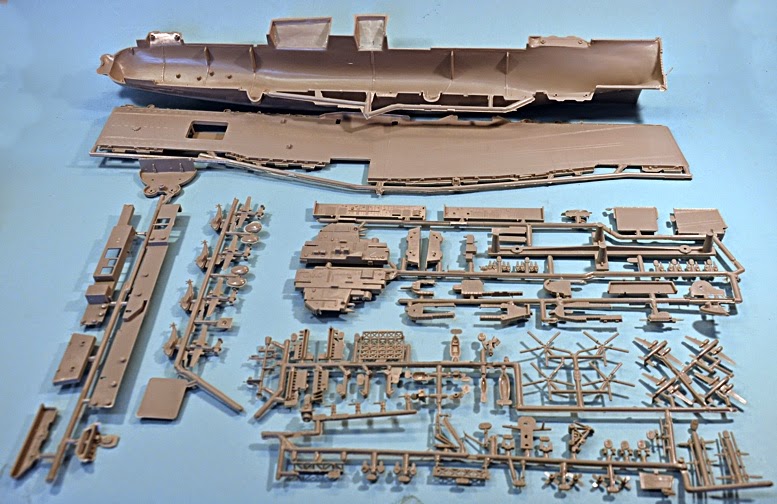 Due to the age of the kit, details are somewhat heavy, and there are no photo-etch parts for super-detailing railings, stairs, or other equipment. You could well get these included with a more modern kit. No matter, the USS Hornet is a kit that’s more than 40 years old, and has plenty to recommend it.

Although the parts themselves are a straight re-pop of the original kit, one thing that is new is the enlarged decal sheet (below). Now, besides enhanced ship markings, including waterline stripes, there are fuller decals for the tiny aircraft, including the number 66 for one of the Sea Kings. 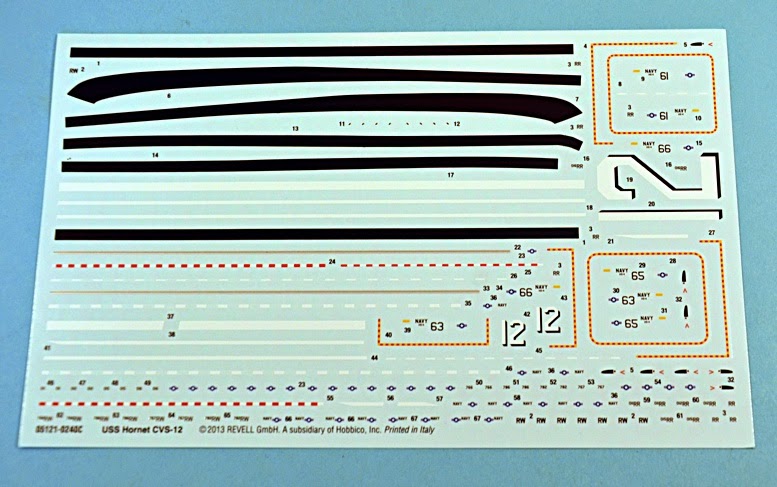 The aircraft on deck (below) consist of four each of three types: the Grumman S-2 Tracker, Grumman E-1 Tracer (with the saucer-shaped radome) and Sikorsky S-61 Sea King helicopter. Sea King number 66 winched the three Apollo 11 astronauts from the ocean. 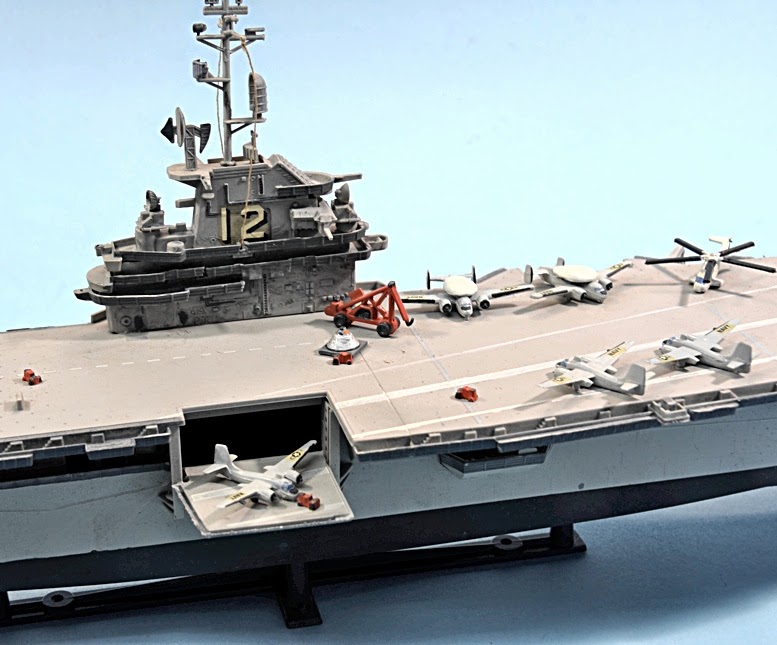 The kit provides an Apollo 11 Command Module (below) which measures all of 5 mm (0.2 in) in diameter, and comes complete with a deck cradle. To this can be added a variety of tiny tow tractors, and a larger crane, to place around the rest of the deck. 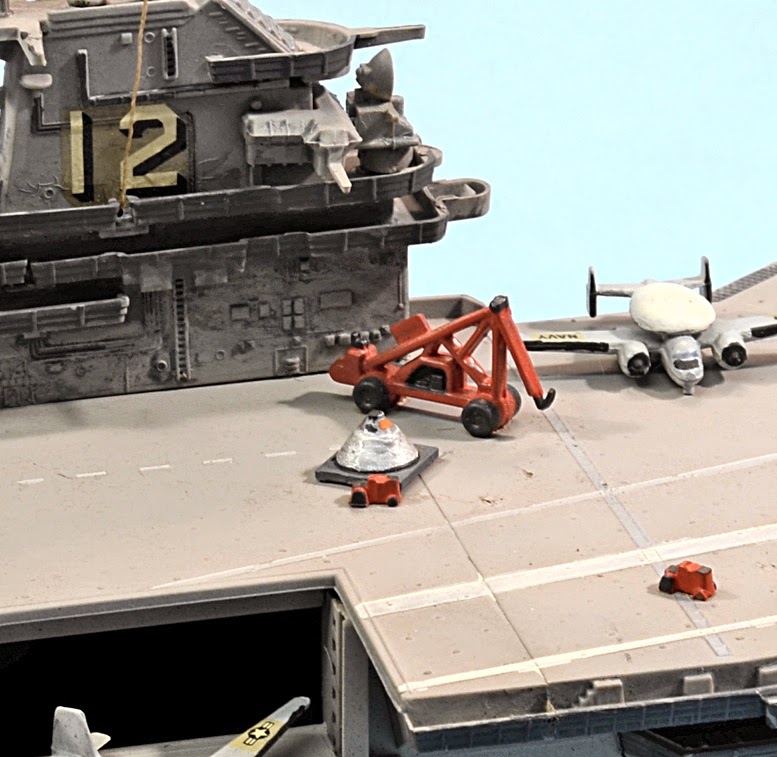 I made the model shown in these pictures from an original 1969 kit. One thing that cannot be corrected is that the kit comes from a time when many models were still sized ‘to fit the box’ rather than being made to an accepted standard scale. This procedure continued with ships long after aircraft had moved to constant scales, and this model works out at 1:530 scale. Even that has been changed from previously, when it was listed at the somewhat different 1:508 scale. 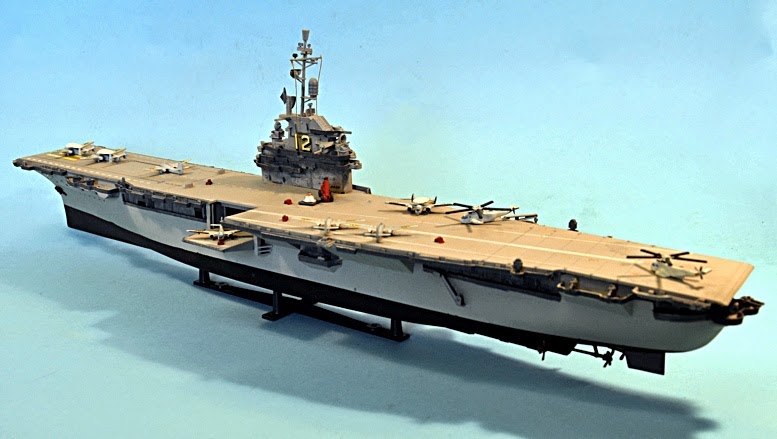 About the real thing
The USS Hornet - the eighth American vessel to bear the name - started with a straight flight deck when the keel was laid, in 1942. But she was converted and re-commissioned in 1956, with an angled flight deck.

USS Hornet was also PRS for Apollo 12, and before either Moonshot, had done duty for one of the unmanned Apollo test flights. But it will be for Apollo 11 that she will be remembered.

After the Apollo recoveries, USS Hornet was finally decommissioned in 1970, and was due to be sent ignominiously to the scrap yard. But a public appeal saved the ship, and she was declared a ‘National Landmark.’ By the 1990s, USS Hornet had become a permanent floating museum in Alameda, California, near Oakland on San Francisco Bay.