Mat Irvine: The 1:32 scale McDonnell XV-1 Convertiplane represents an intriguing research aircraft from the early 1950s. Two XV-1s were built, and for flight they used a combination of a single main rotor and a pusher-prop at the tail. The XV-1 was the first convertible-format heli-aircraft to be built and tested in the United States. 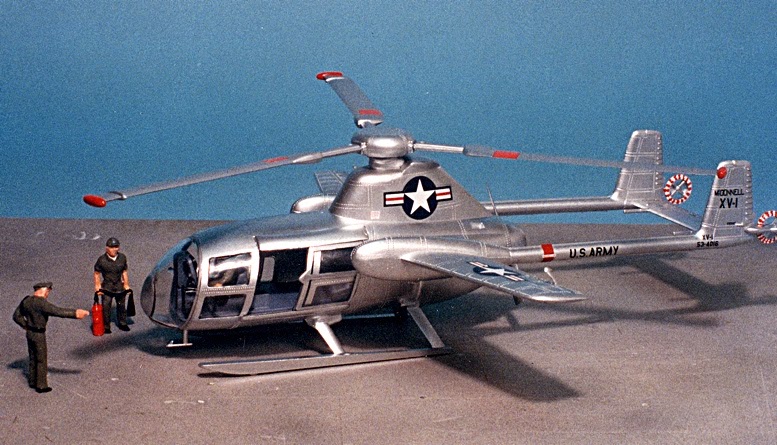 The 1:32 scale kit originated with ITC, its first release being in the late 1950s. Given its age, the kit stands up pretty well. The parts, produced in silver and clear plastic, are slightly heavily moulded, and there is an excess of rivets, common for that era, though not totally unknown even today!

Art for the Glencoe box (header pic) was painted by John Ammendola. 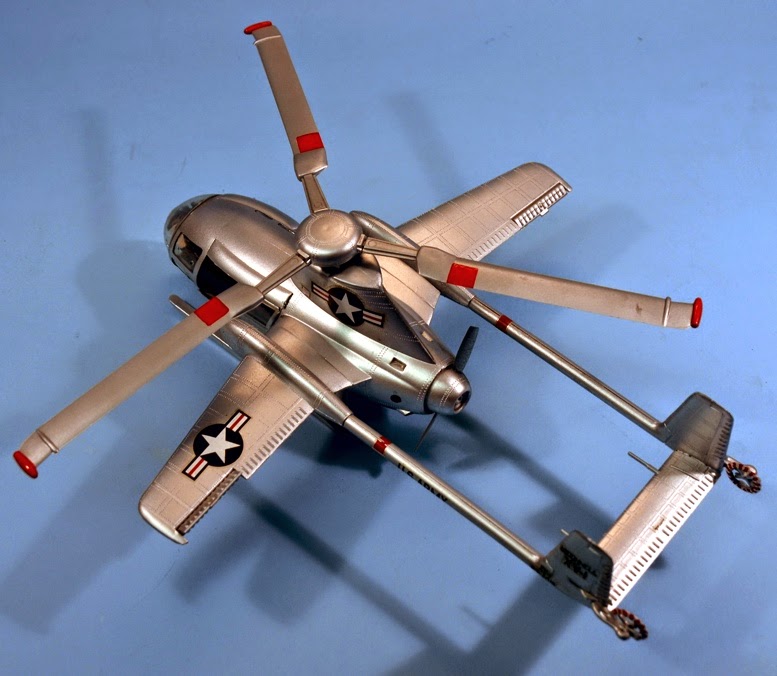 The transparent components are cleanly moulded, which is fortunate, as most of the front fuselage is glass and this shows off the large, though sparse, interior. 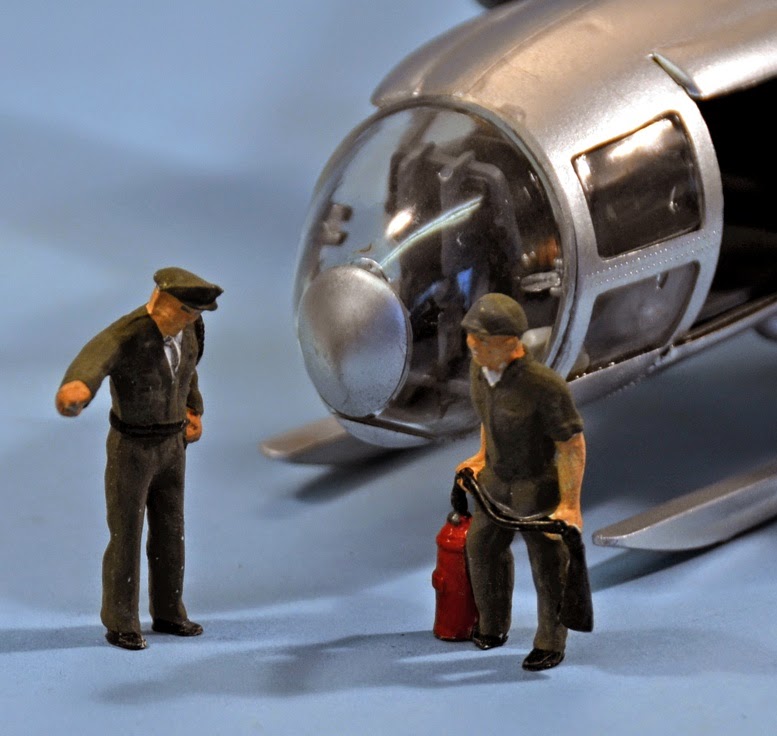 The rotors can rotate, as does the two-bladed rear pusher-prop, and the ailerons also move. Even the clear access doors can slide back and forth. Three figures are included, two standing and a seated pilot. 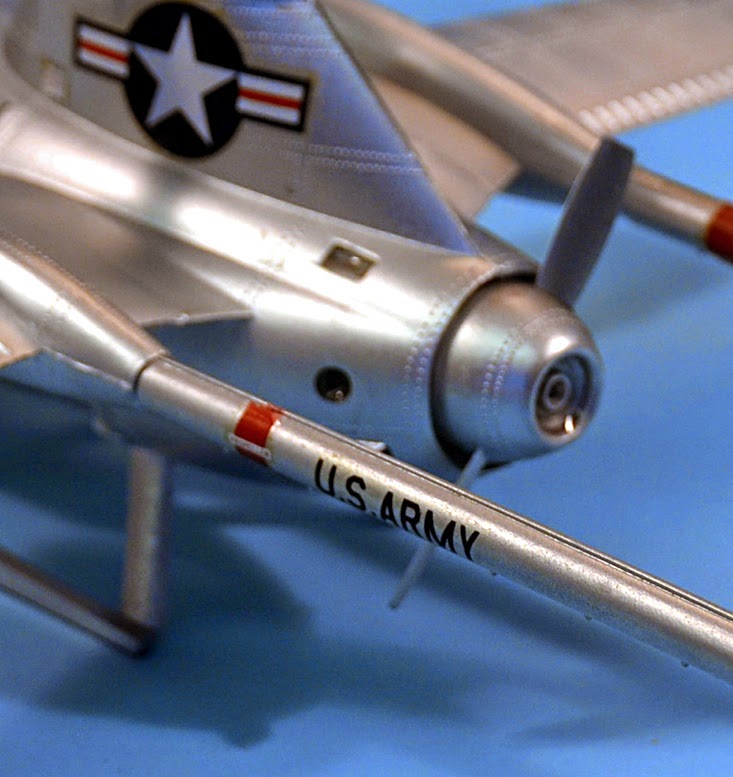 If you are interested in experimental aircraft of this era, this is the only kit of this particular machine, in any scale. 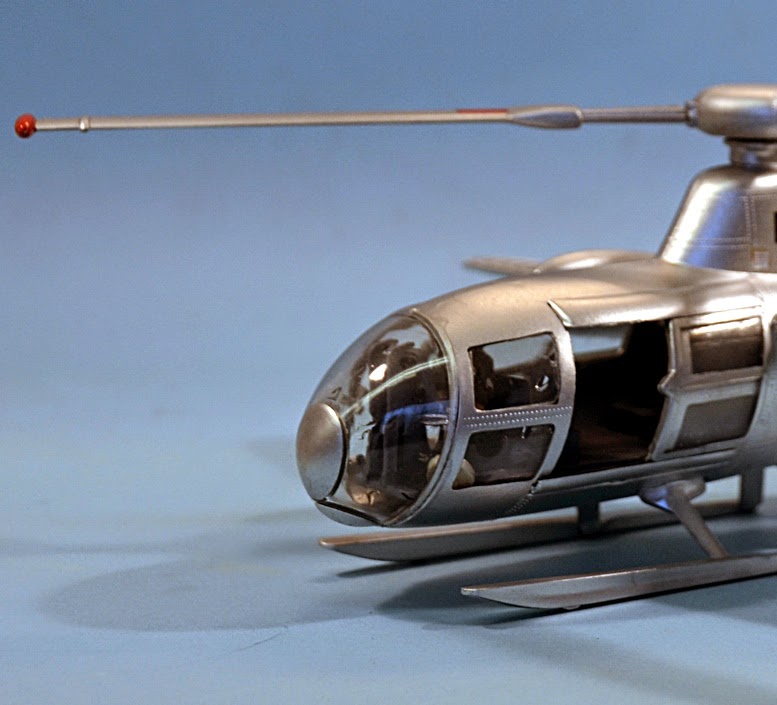 The real aircraft
Both XV-1s survive today. One is located at the Army Aviation Museum, Fort Rucker, Alabama, while the other is in storage at the National Air and Space Museum, Paul E. Garber Facility, Silver Hill, Maryland. 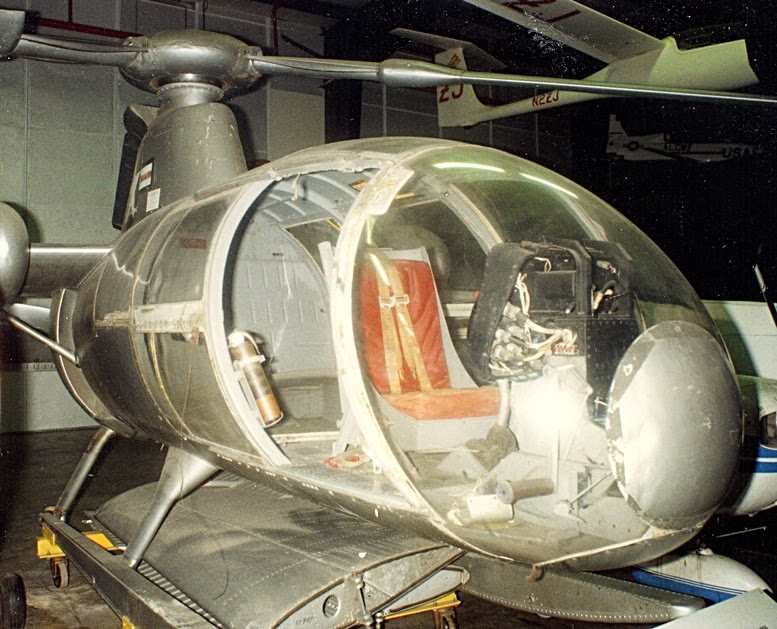 XV-1 in storage (above, below) at Silver Hill. These photos were taken a few years ago and it appears that the aircraft is now better displayed for viewing, though to date it has not been fully restored. 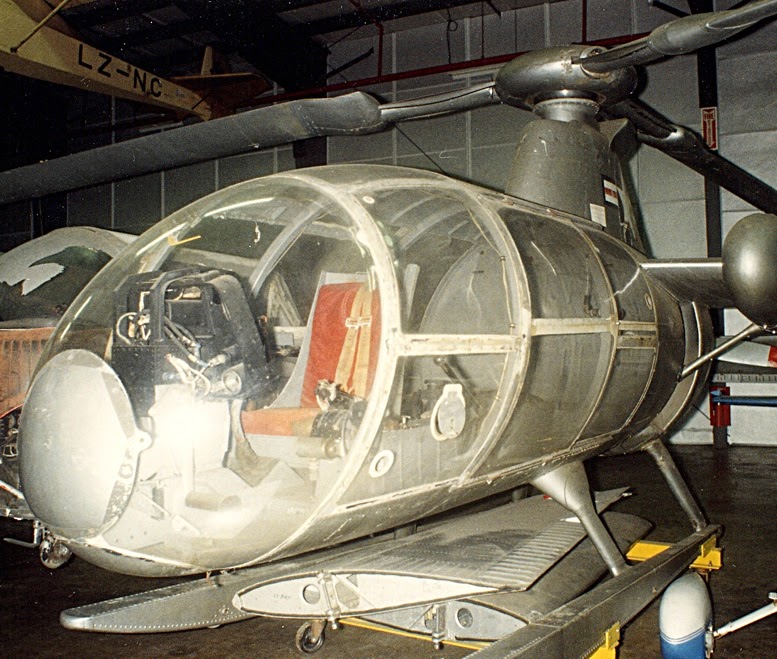 Interestingly, only the XV-1’s rear propeller was directly driven, the main rotor being powered by compressed air, pumped through the hollow blades to nozzles at the tips. The rotor was powered only for takeoff and landing - in forward flight, the rotor blades freewheeled like an autogyro.

Glencoe has a new website, in which I have to declare an interest, as I’m the designer and webmaster. 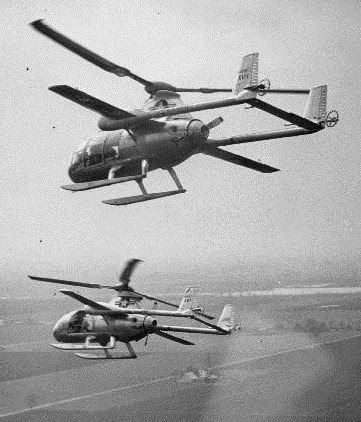 SMN note: The XV-1 was an advanced project that had the looks of a science-fiction concept. In fact, for anyone raised on Dan Dare stories in the Eagle comic, its rounded appearance is not unlike the helicar depicted transporting Space Fleet Controller, Sir Hubert Guest, from place to place.