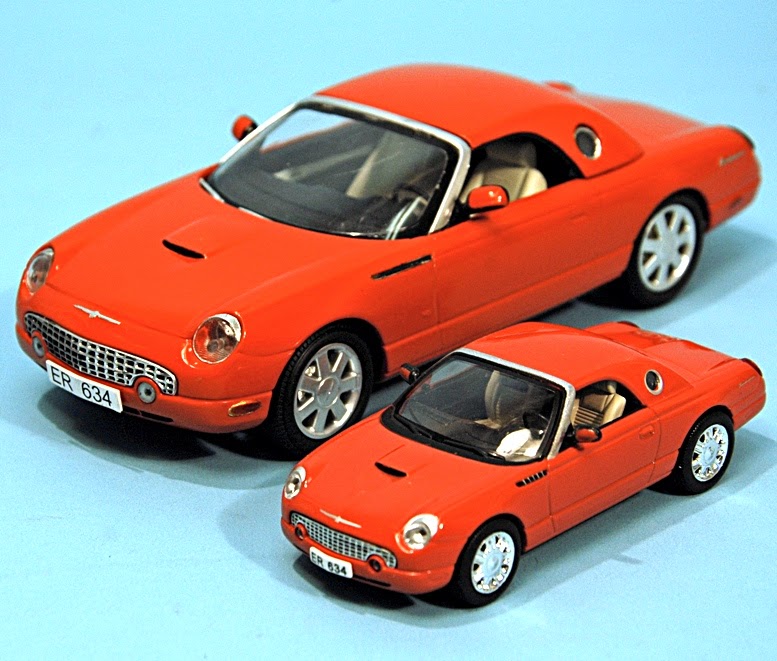 
Mat Irvine: The Fabbri diecast car collection (below) was vast - it ran up to 134 vehicles, with accompanying magazines. Among these was the new-style retro-flavour Thunderbird that Ford produced in the early 2000s, number 27 in the Fabbri series. The T-Bird featured in the twentieth James Bond movie Die Another Day, which was what earned its place in the Fabbri partwork. 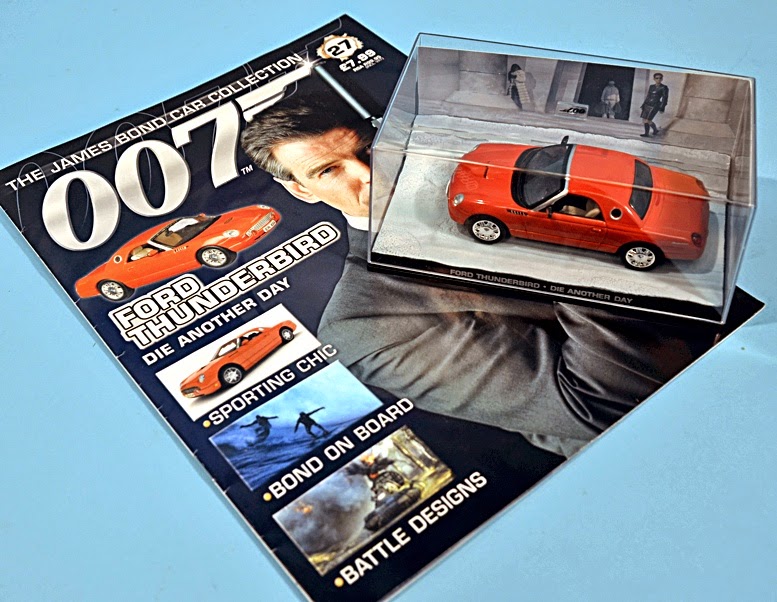 This car returned to what the Thunderbird - 'T-Bird' to its fans - had been all about in its early days. It was a small two-seater sports car, and a competitor to the Chevrolet Corvette. The Corvette always stayed a two-seater sports car, but the T-Bird had moved in 1958 to a larger, four-seat  ‘personal car’ format, and remained that for many years. 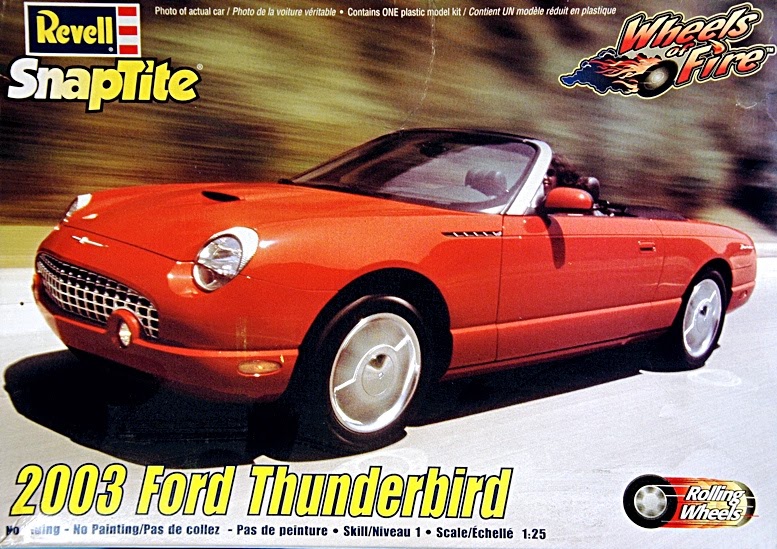 But in early 2000, Ford resurrected the original T-Bird concept, and the new vehicle featured in the movie as the ride for the character Jinx, played by Halle Berry (below). Ford produced a special limited-edition 2002 version purely for the movie, which you could buy if you had a spare $43,995. 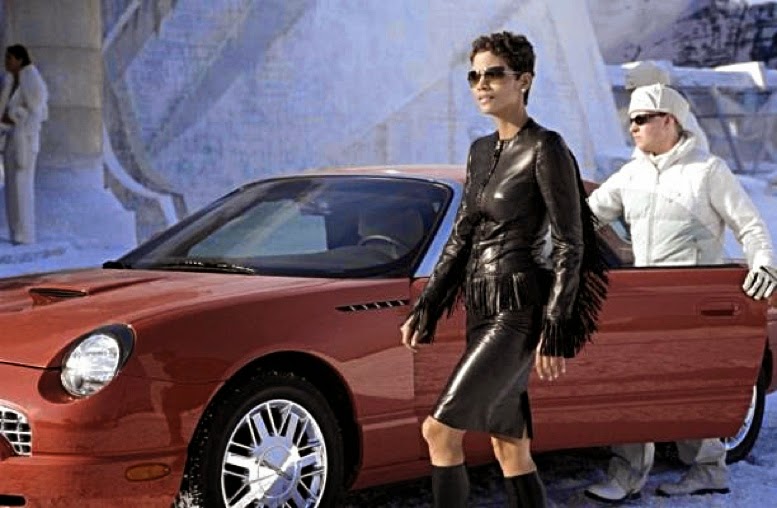 The Limited Edition car was painted in the special colour Coral Pink, similar to the Sunset Coral colour available on the 1956 T-Bird, and a shade that closely matches Sunburst (below) made by Testors in its original ‘Colors By Boyd’ range. 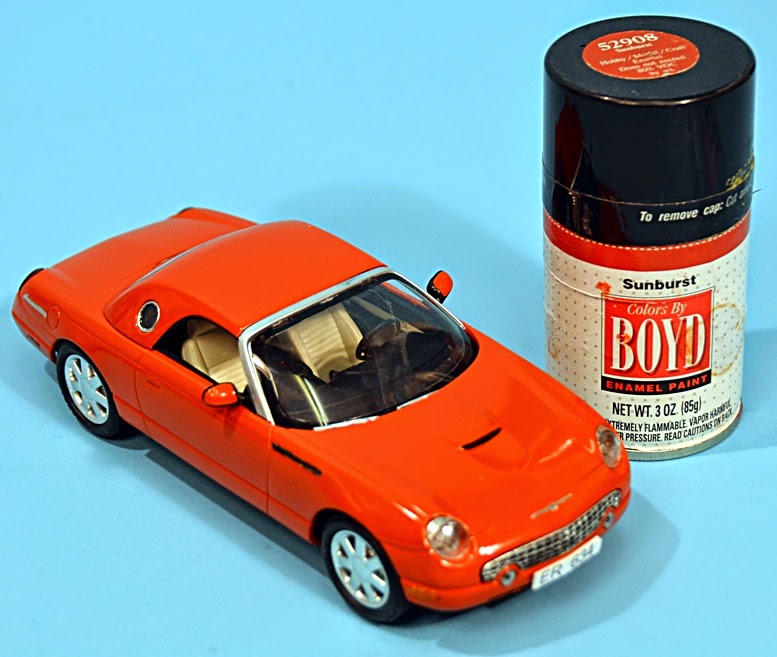 Coupled with the fact that Revell made the 2003 T-Bird as a 1:25 scale kit (parts layout below)) this gave me an opportunity to build another Bond car to go with all those Aston-Martins. 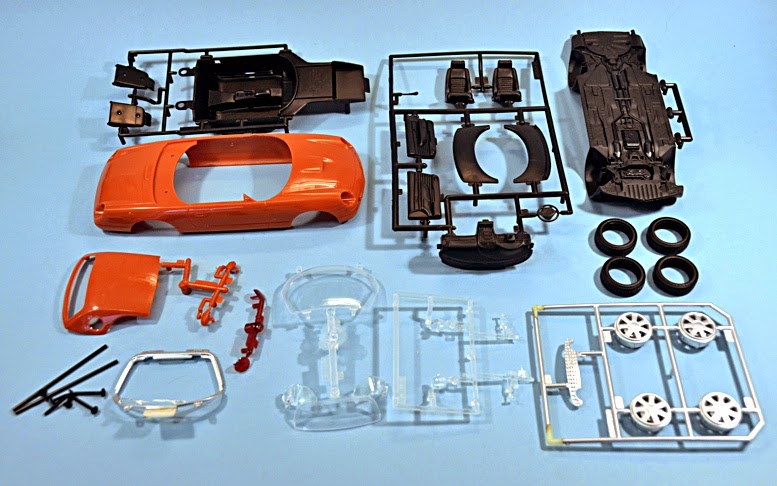 The 1:25 scale Revell kit is a simple snap-together model in the ‘Wheels of Fire’ series, with a limited number of parts and without separate engine detail. The moulding colour is already this Coral Pink - but here I repainted with the Testors shade. One actual change had to be to the interior, which is all-black from the box, but needs the seats and lower instrument panel painted pale ivory to match the special ‘performance white leather’ colour. 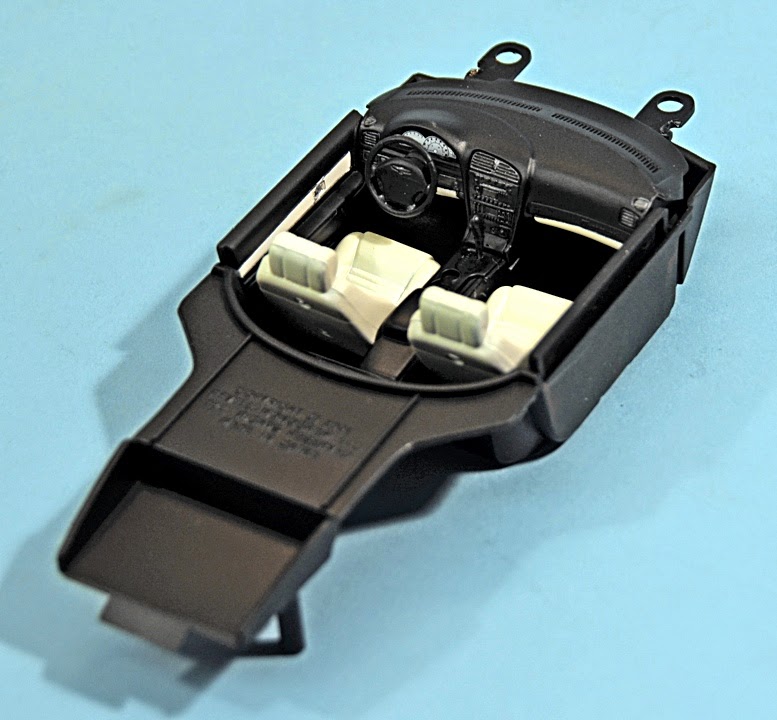 The only extra is the correct license plate, reading ER 634 (below) which can be simply generated with a word-processing program, with front and rear being different-sized fonts. This would presumably have been an Icelandic plate, as the Ice Palace was supposedly in that country, though it doesn’t quite match the style, so it could be Finnish or Norwegian. In reality however, it wasn’t an actual plate - the movie-makers just made it up to look vaguely correct! 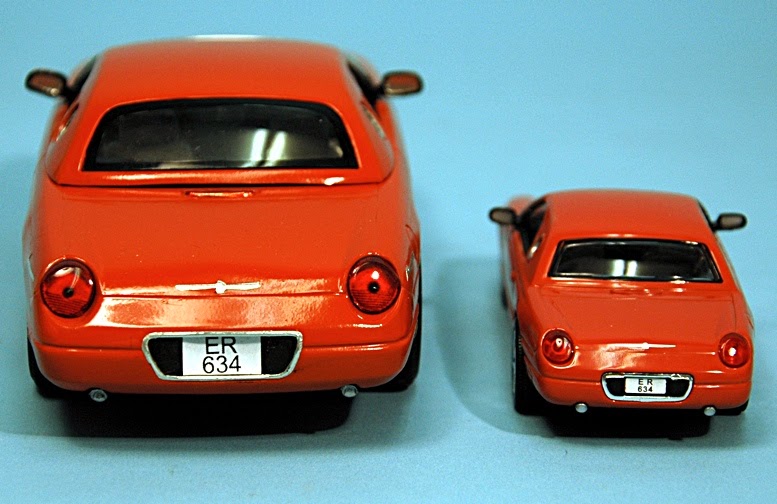 The 2003 T-Bird is not in the current Revell catalogue, but I suspect a search on a certain online auction site will reveal some for sale! 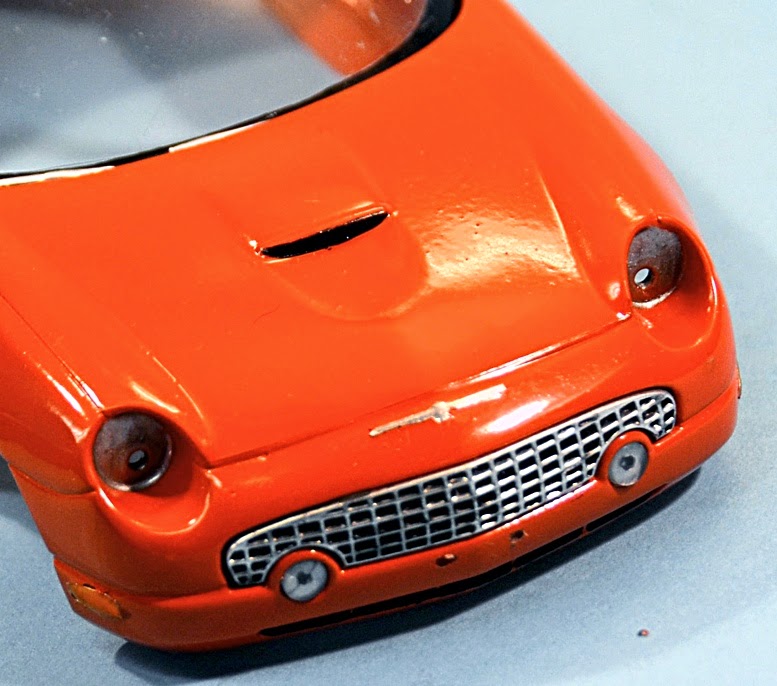 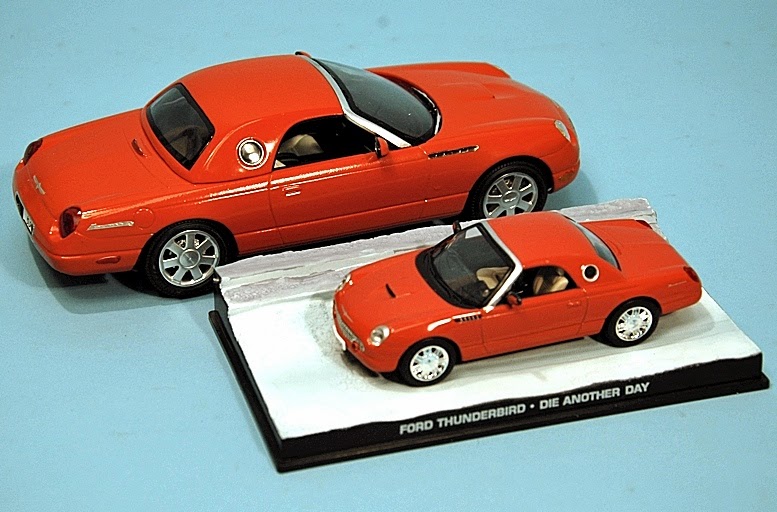