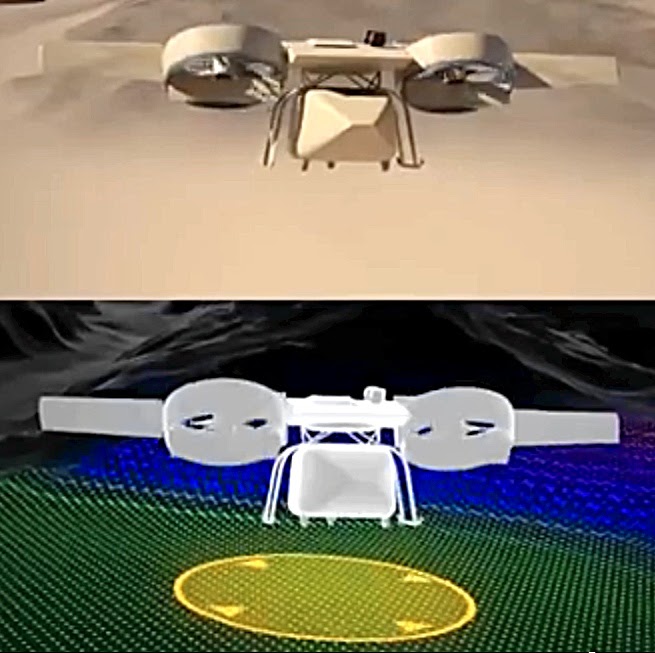 Drones are all the rage where military flying is concerned - cheaper to buy and fly, and with no human pilots to get killed, they tick the boxes for carrying out dangerous combat missions.

Ares could be used for many different missions, hauling interchangeable payload pods. Cargo, medical, troop, armoured vehicle - you name it, L-M/Piasecki reckon it could be carried.

But why Ares, rather than a conventional helicopter? The design team reckons that the tilting ducted fans used on Ares provide three basics - they are safer than uncovered rotor blades, they need half the landing area to operate in, and fan-power will be faster, providing speeds of up to 230 mph (370 km/h).