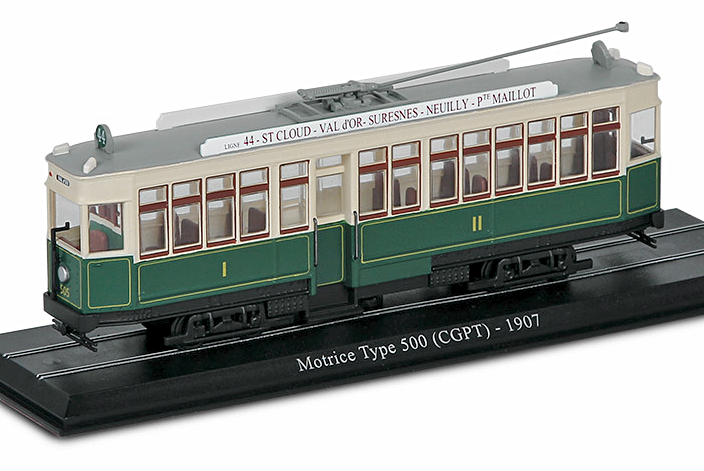 SMN report: Editions Atlas is a European partwork publisher, with a good reputation for making collections available of both usual and unusual subjects. Tractors, tanks, even Volvo cars, are included in the current EA list. 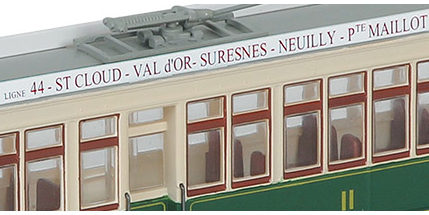 The particular French tram here is a Type 500 of 1907, a design that could be seen trundling around the streets for decades after its introduction. Many were withdrawn in the 1930s, though some survived until well after World War II. Today, the tram revival is big news, and sleek new designs are in service in cities all over Europe.

The Editions Atlas Type 500 is unbeatable for the price, and it would be possible to motorise it if required. Other uses could be as a non-working fixed cafe conversion, or perhaps as a workman's rest hut. The possibilities are endless. 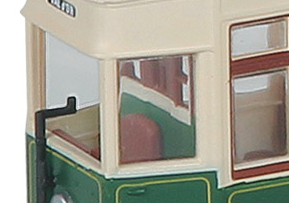 As a former collector of big-scale model locos, I reckon this little tram is a delight, as are the postcards and printed matter that come with it. But that's not all, for Editions Atlas also has a somewhat larger-scale series, produced to the British 1:76 00 scale.

Again a bargain price - £1.99 - is a big attraction at series launch, but the subject is a good one, too. It's a rounded 'balloon' design seen running along the sea-front at the popular Lancashire resort of Blackpool. It's a delightful model. 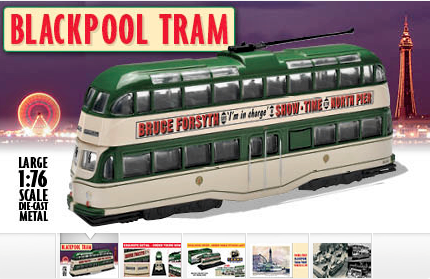 Summation
The scale of the French tram is 1:87, worldwide H0 scale, rather than a precise fit with established model kit scales. However, for diorama work, the Type 500 would fit OK with 1:72 scale models without too many misgivings. As for the balloon tram, 1:76 scale can also fit with 1:72 scale dioramas, so you can take your choice. Both are recommended.