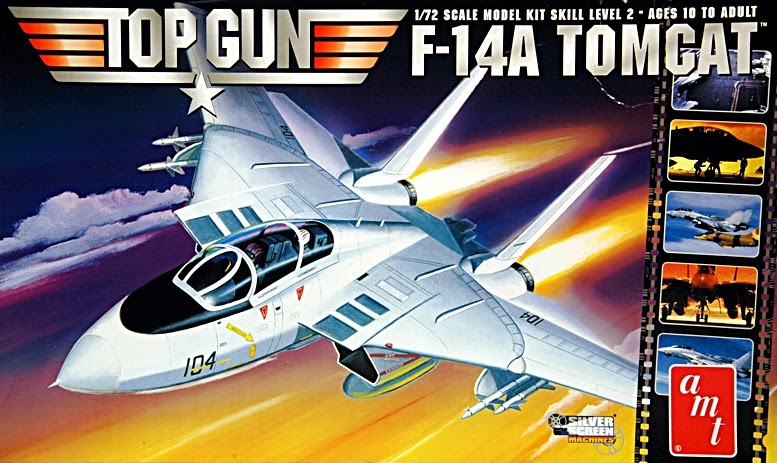 
Mat Irvine: The AMT 1:72 scale Grumman F-14A Tomcat model is a straightforward build, as it’s not the most complex F-14 kit out there. However, it features a two-seater cockpit, with instrument panel details reproduced on the comprehensive decal sheet. There are no crew figures included, though the swing wings can be made to operate. The cockpit canopy can be fixed open or closed, and there are alternative parts for open or closed engine nozzles. 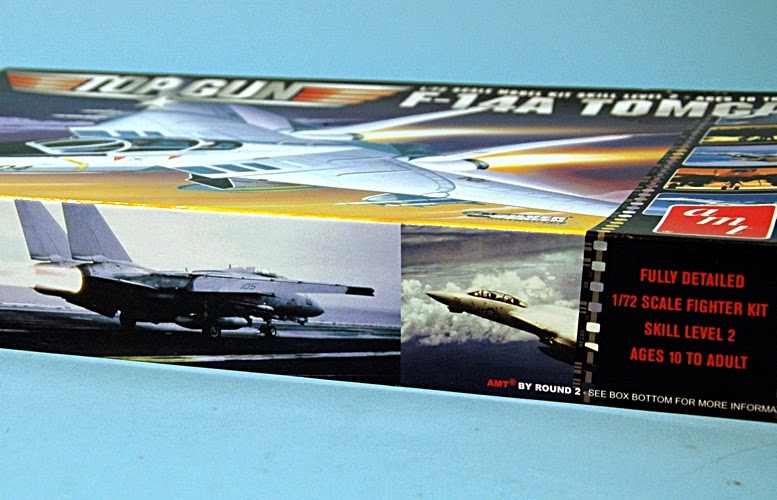 The decal sheet allows planes from the USS Enterprise - the primary aircraft carrier used in the movie - and also for the USS John F. Kennedy. The names for the movie characters are included, but oddly, the relevant tail-fin markings are absent. 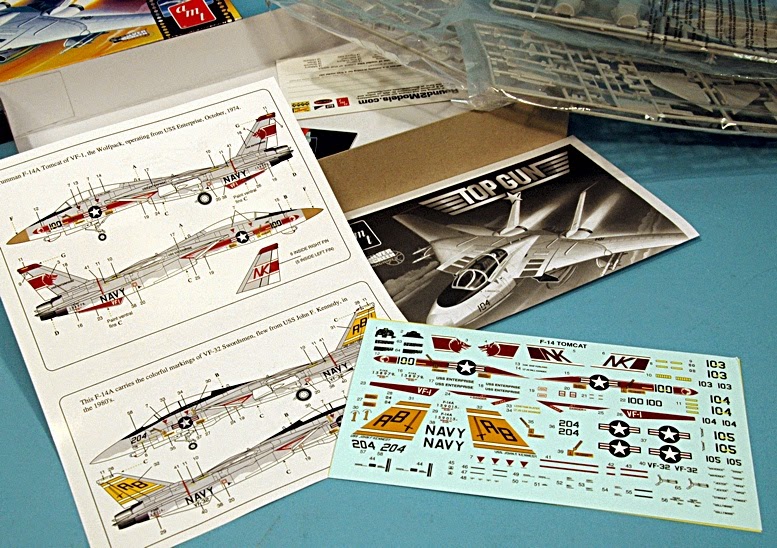 It may not worry some, but I’m always intrigued by the origins of any kit - such as who made it, and issued it first. I admit though, this one has me slightly stumped. The original AMT company started a series of aircraft in the mid-1970s, to go with its cars and science-fiction kits, but they were to 1:48 scale. 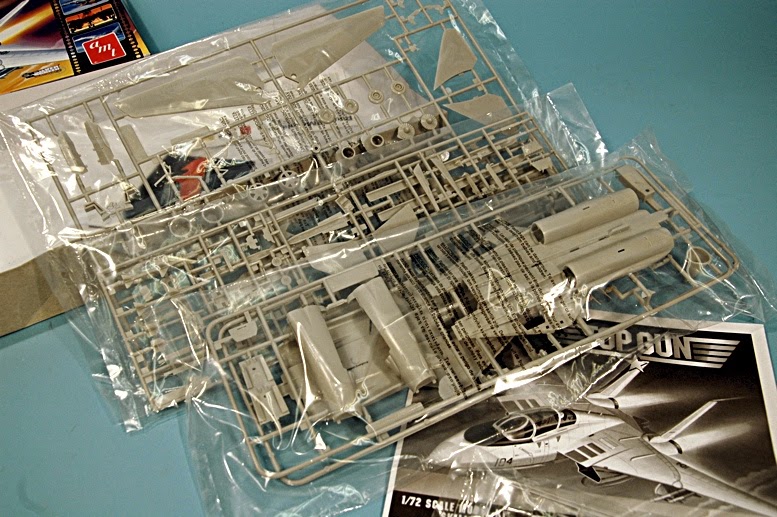 However, when AMT was acquired by Lesney in the late 1970s, it got all Matchbox aircraft kits, so a wider mix of subjects and scales became available. But when Ertl took over AMT, Ertl owned ESCI, so ESCI aircraft got into the AMT line as well. The situation gets more complex still, as AMT also had tie-ins with Hasegawa and Frog in earlier years, both with aircraft in their catalogues. 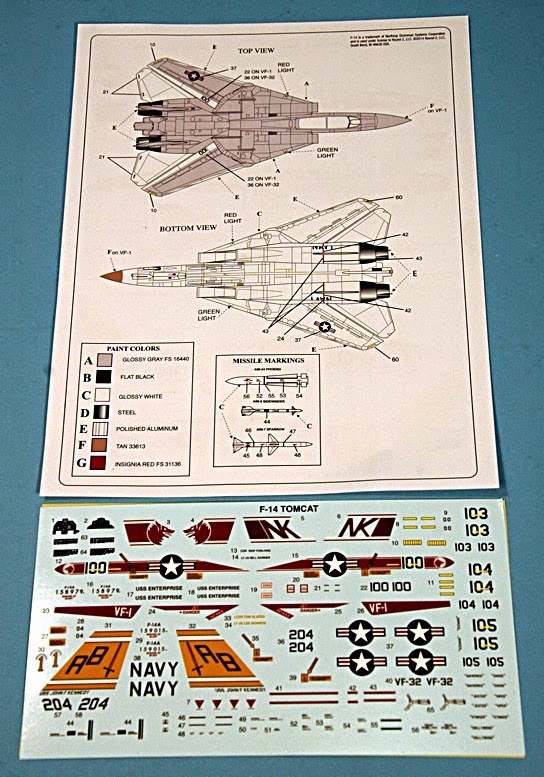 Still, I can make an educated guess. Although the way the kit runners are laid out looks slightly like Hasegawa, this F-14 kit probably originated from ESCI. This is somewhat ironic, as, with the sale of all its kit lines to Racing Champions, later re-named RC-2, most ESCI tooling returned to Italy and was sold to Italeri. 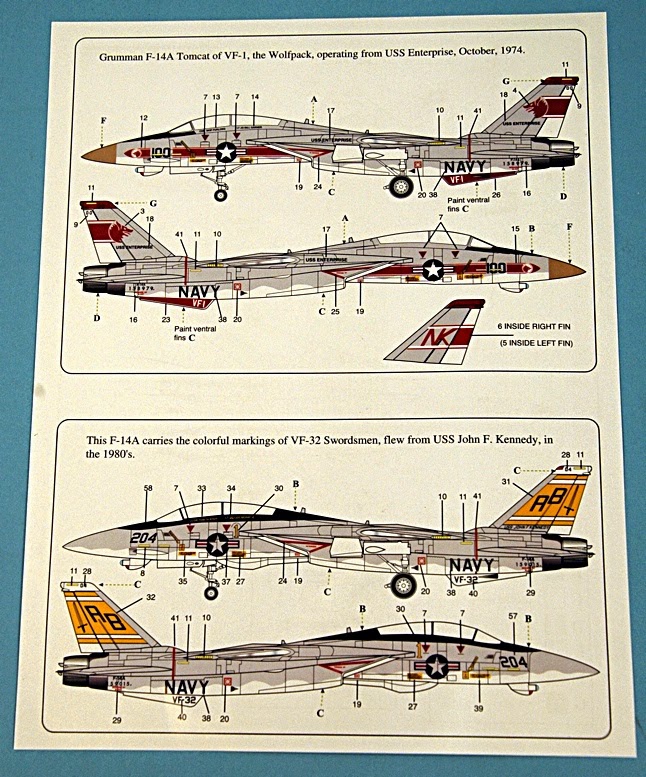 Consequently, when Round 2 acquired AMT and MPC, many AMT aircraft originals, such as the B-52 and XB-70, were not included - by then they were made under the Italeri name. But maybe this Tomcat slipped out the cat-flap and was out on the prowl at that time, so avoided capture. But that's my best shot at the kit's history - it may well remain one of those modelling mysteries. 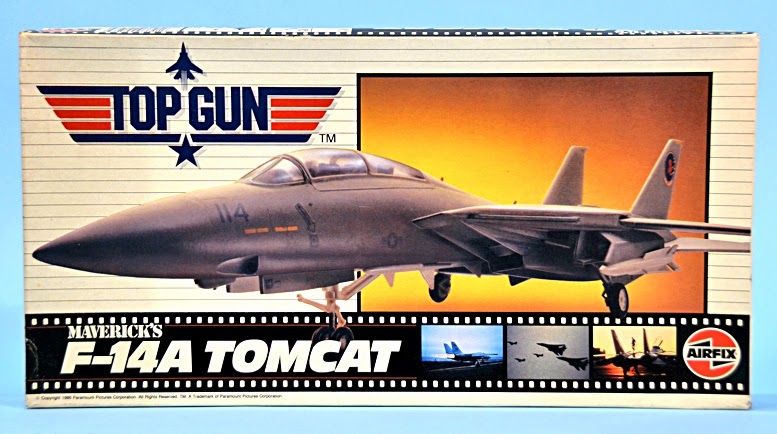 It’s intriguing how Top Gun still captures people’s imagination. When the film was new, both Airfix (above) and Testors issued kits of the three main featured aircraft - Tomcat, Skyhawk and F-5. Then, 24 years later, Aoshima released the movie’s Kawasaki GPZ900R Ninja motorbike. The 1987 Testors box (below) for the 1:72 scale set of all three aircraft, also included a baseball cap. Now a further four years on - approaching Top Gun’s 30th birthday - we get the AMT kit. My bet is that there are more to come! 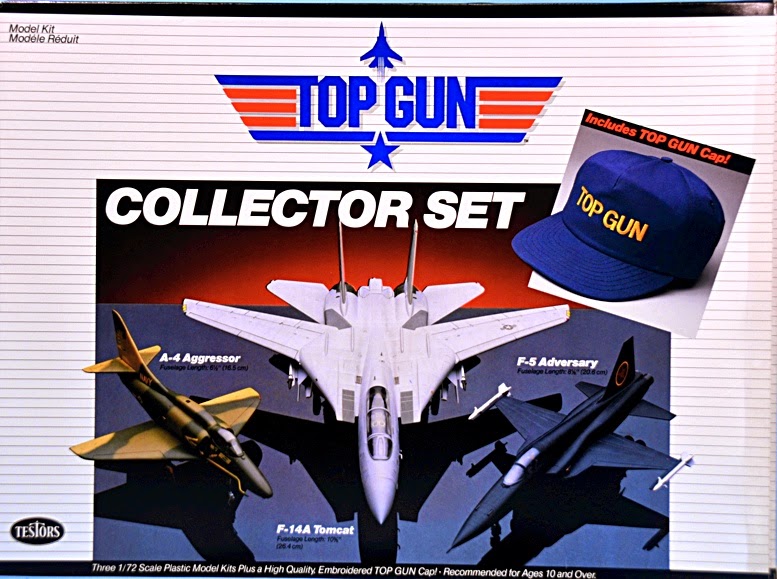 SMN note: A pity the artwork on the AMT box is so crude. It takes the perceived value down into the 'toy' category. In fact, it's a plastic kit that needs non-toy skills to construct.