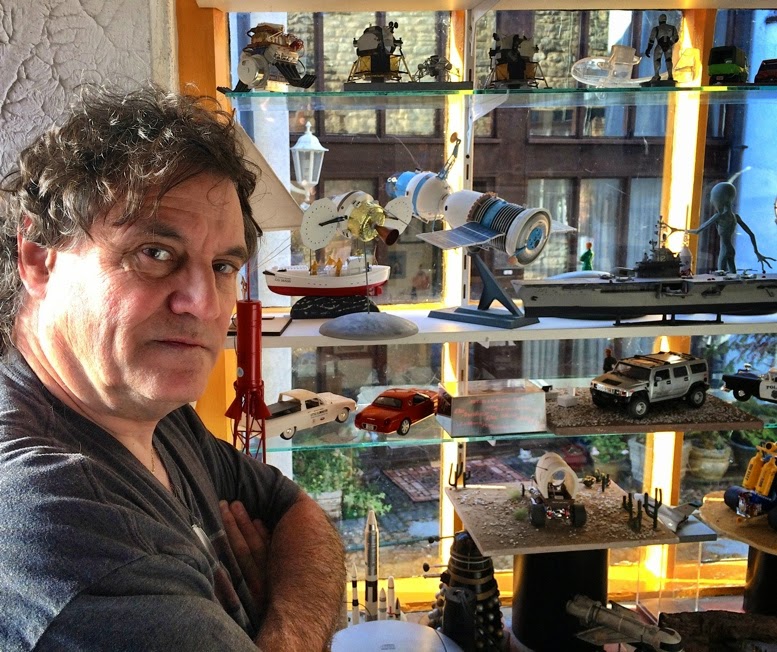 Here's a invitation to have a look inside Mat Irvine's palace of small wonders, his Marvellous Model Museum. It's packed with just about every model kit you have ever heard of - and plenty that you haven't...

Dioramas are a Mat Irvine speciality, and here a Hummer H2 is shown parked in a neatly crafted off-road setting. 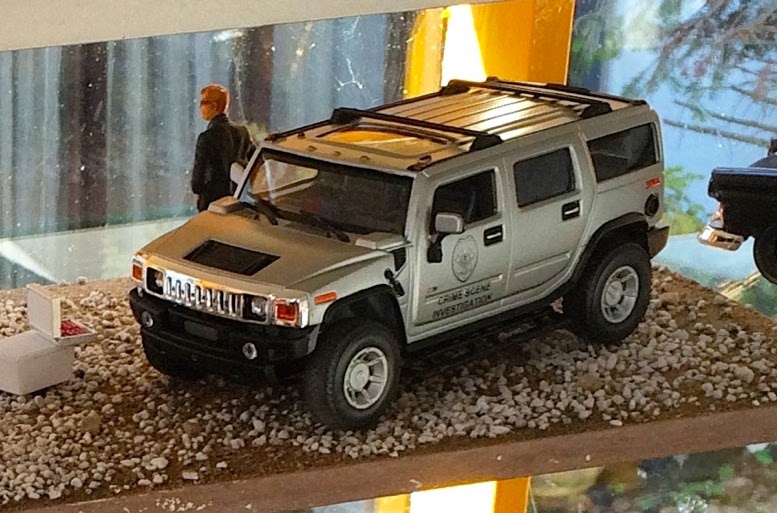 A SCUBA-equipped cute custom car seen in an underwater encounter with a passing squid. 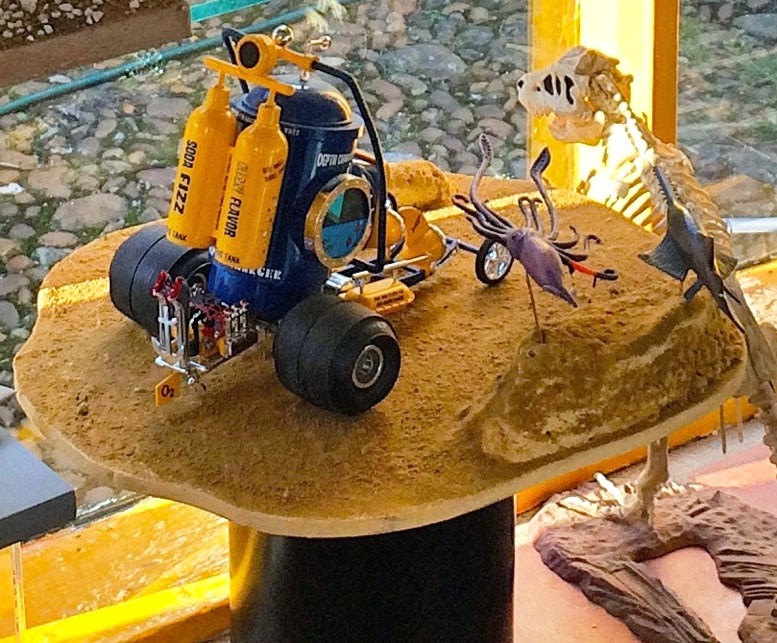 Russian technology to the fore (below) with an Ekranoplan 'Caspian Sea Monster' depicted in ultra-low level flight over a small-scale seascape. 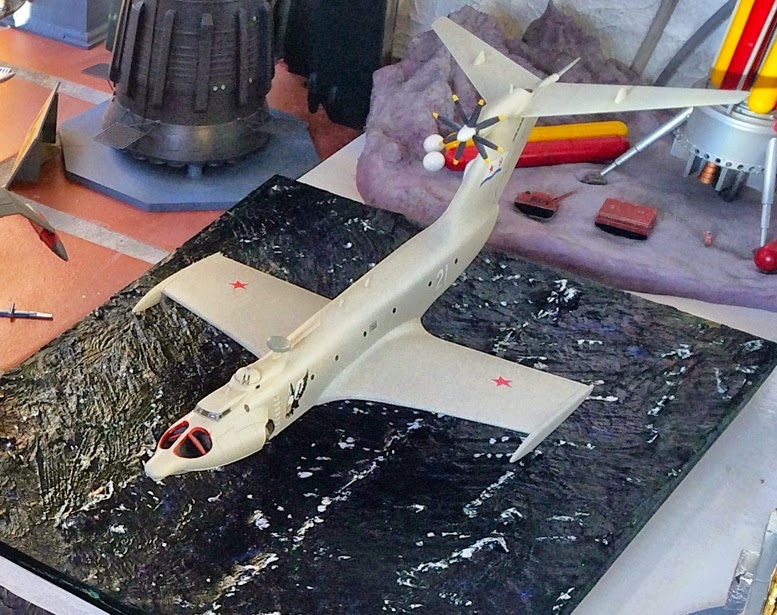 Nostalgia in flight with a Phantom Mustang, looking just as good as it did when newly released more than half a century ago. Batteries allowed many functions to work at the touch of a button. 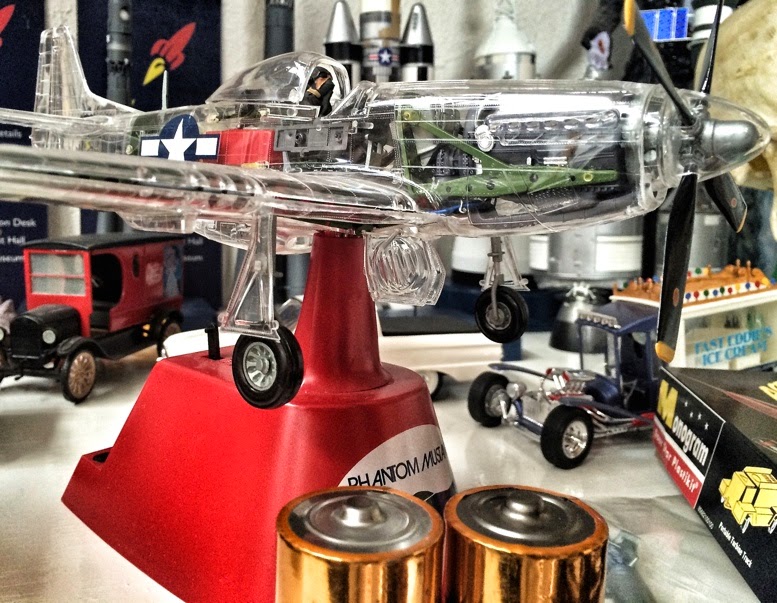 Mat's window display (below) ranges from a Space Shuttle to a gaudily-decorated F-117 Stealth fighter. Spooky houses feature on the bottom shelf. 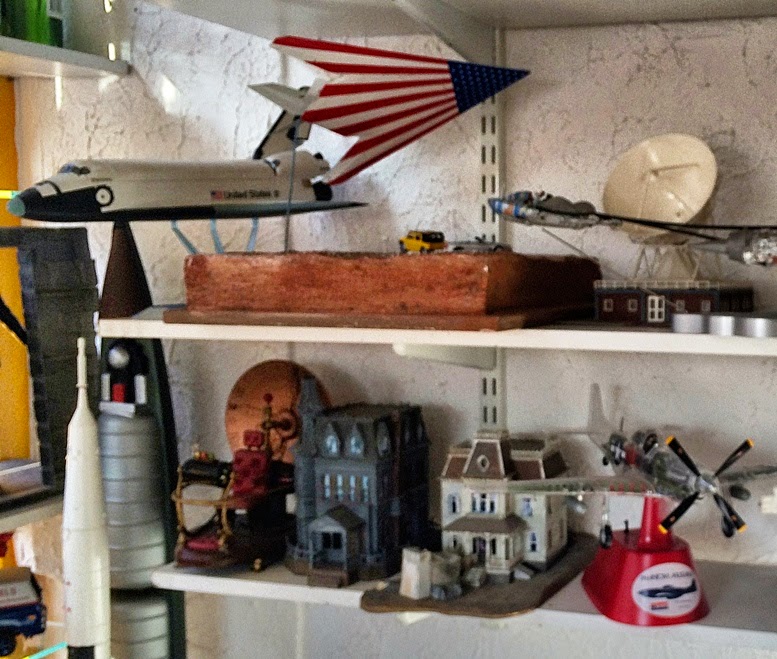 The Beatles were the top-fave 1960s-era mega-band, and so deserve to be seen in model form. The toon-style figures (below) have been modelled as they were depicted in the full-length animated movie Yellow Submarine. 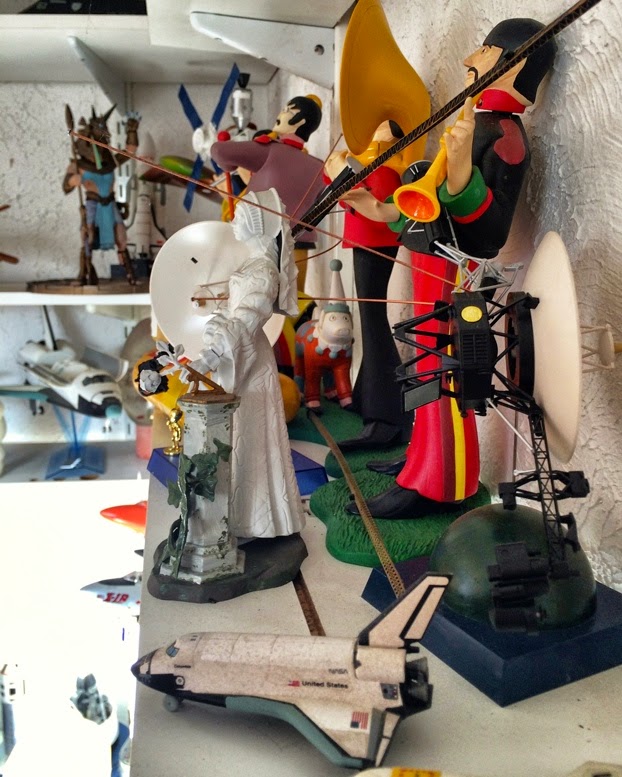 Models on display in Mat's window. We especially like the beautifully-crafted diorama sets, which give presence to a model, and also provide viewers with a good sense of proportion and scale. 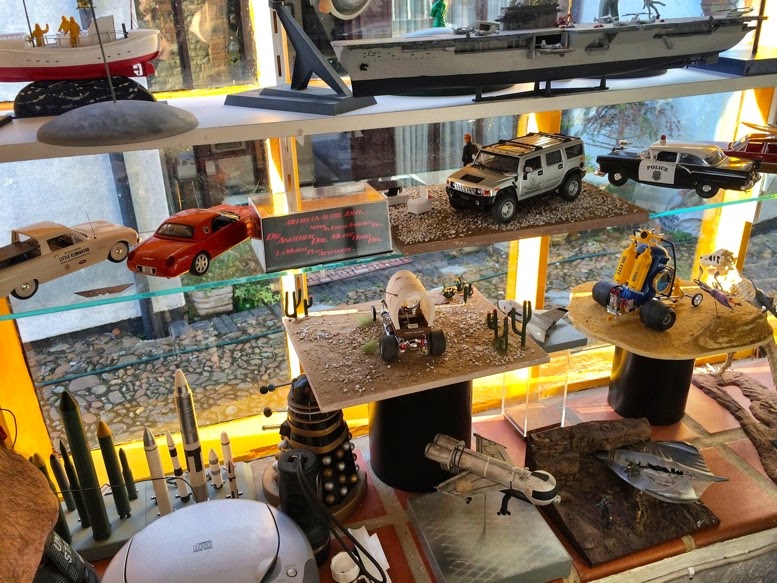 A robotic arm (below) frames the rotund Moon Shuttle that featured in the seminal sci-fi movie 2001: A Space Odyssey. 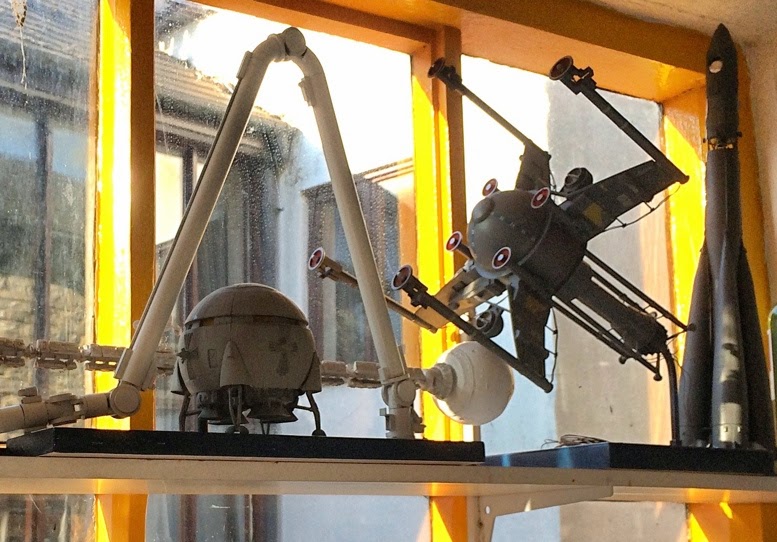 More space stuff (below) stored on the upper shelves. Spot the silver rocket at left, from the 1951 George Pal Academy Award-winning When Worlds Collide. It's a space ark, built to allow a favoured group of Earthlings to escape from certain doom. 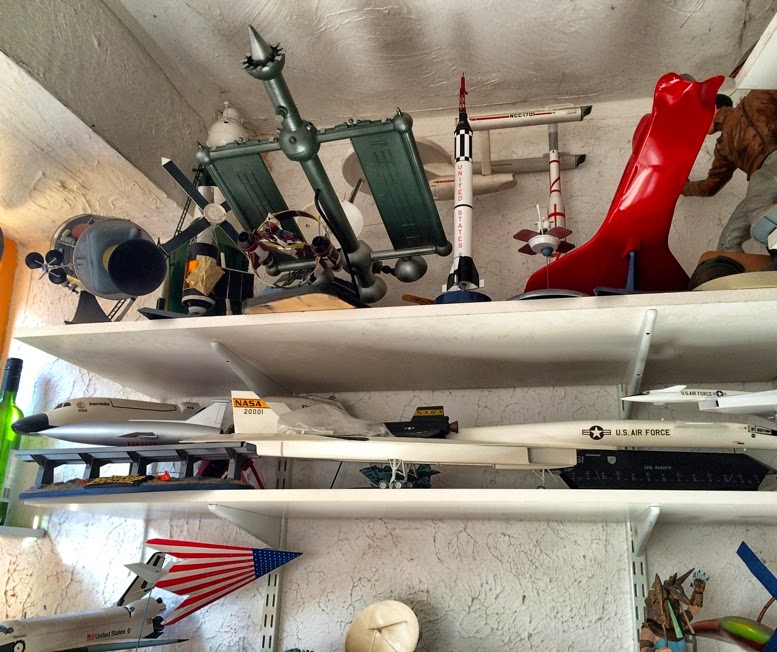 Models lined up next to the window (below) greet unwary visitors as they walk past outside. 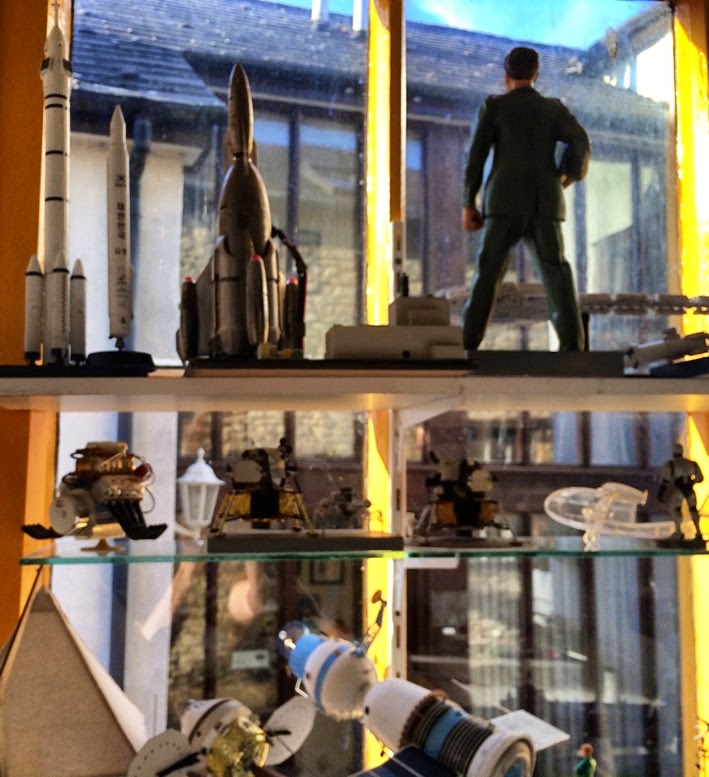 Mat's crashed UFO (below left) was modelled in a neatly produced Area 51 diorama. 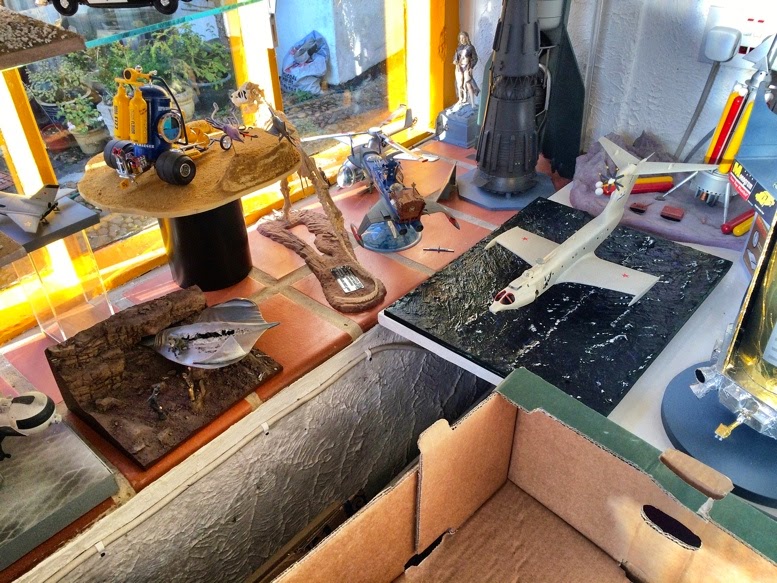 One of Mat's specialisations is rockets and rocketry, evident (below) in the lineup of space hardware on the bottom display shelf. 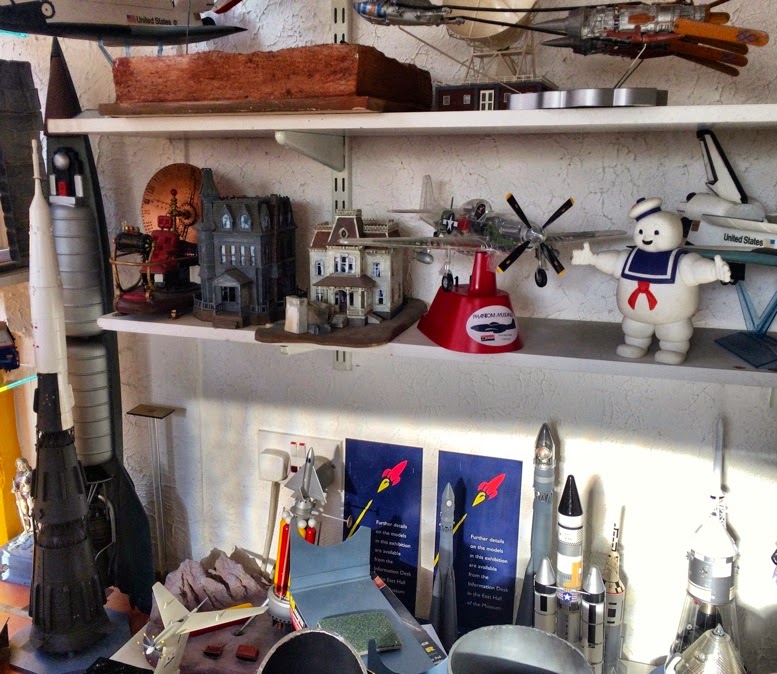 More space gear here, including  telescope (left) though the skull is something of an interloper in the company of all the hardware. 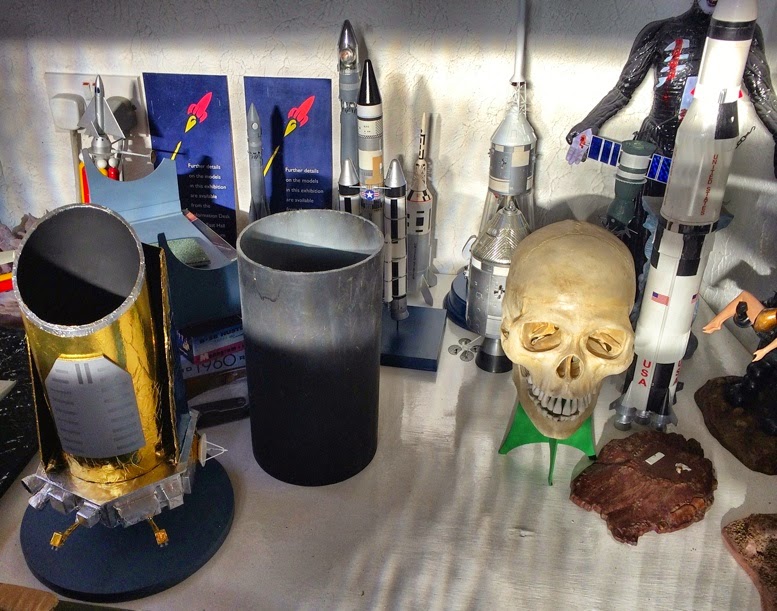 A Dalek (below) intrudes on extermination duty behind the CD-player, next to an arsenal of missiles from East and West. 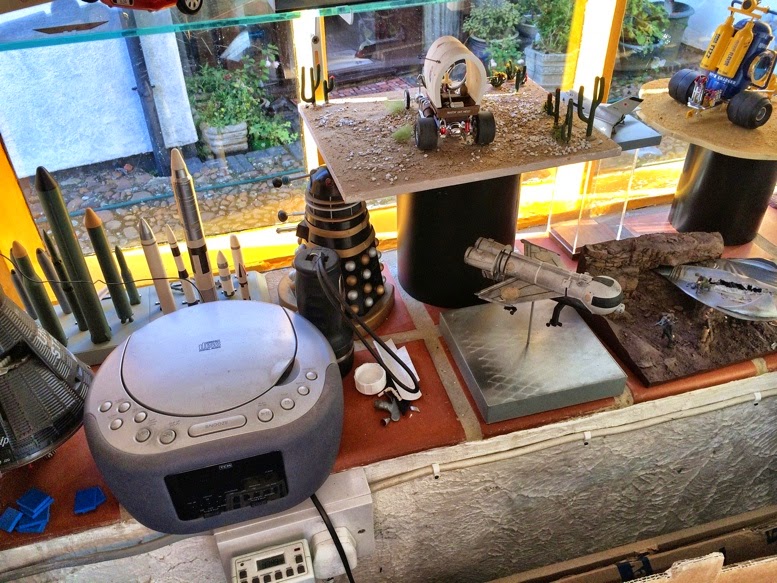 Panoramic view (below) of the window display - which is just scratching the surface of what's actually to be seen in Mat's Marvellous Model Museum.

Thanks for the look around Mat!