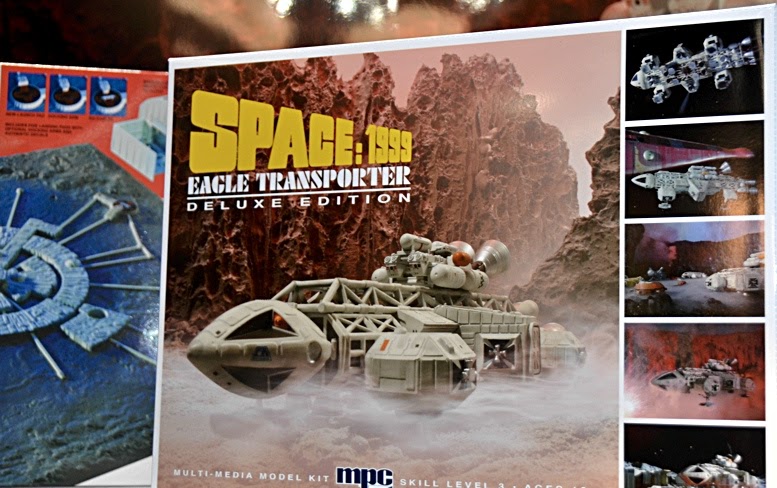 The Round 2 model spectrum includes not only the AMT, MPC and Polar Lights brands, but now features the Lindberg and Hawk names as well.


Mat Irvine reports from iHobby Expo: Round 2 had the largest of all model kit company stands at the show. My first look here is based mostly around Round 2's new and upcoming space and science-fiction kits. After this, I will look at Round 2 cars, aircraft and the rest. 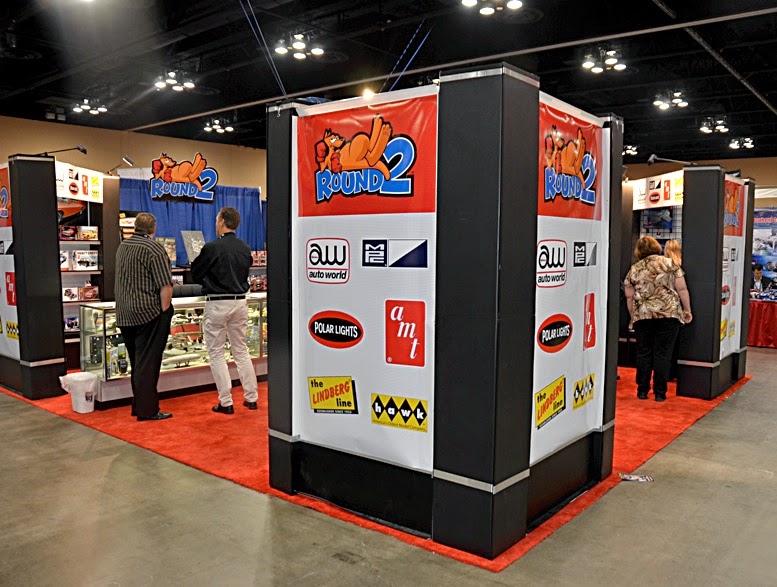 The booth (above) for Round 2 at the 2014 iHobby Expo. Note the display includes all R2 brands, including Auto World which deals with both slot car racing, and is the name for the online store.

A pleasant surprise (below) was this MPC Space 1999 line-up. The Eagle Transporter itself is not new, but Round 2's latest offering is the first conventional injection kit to come with the twin-engine dorsal rocket booster pack included in the box. And that's excellent news for Space 1999 fans.

Note the neatly applied wear and tear dirtying-down work on the assembled and finished Eagle Transporter (below) which gives it a nicely used appearance. With luck this kit should be available before Christmas 2014, and definitely ought be on the must-have list for any 1:72 scale aerospace model maker. The Eagle will look very good indeed, and would be an intriguing addition to a shelf-top squadron of same-scale combat jets. 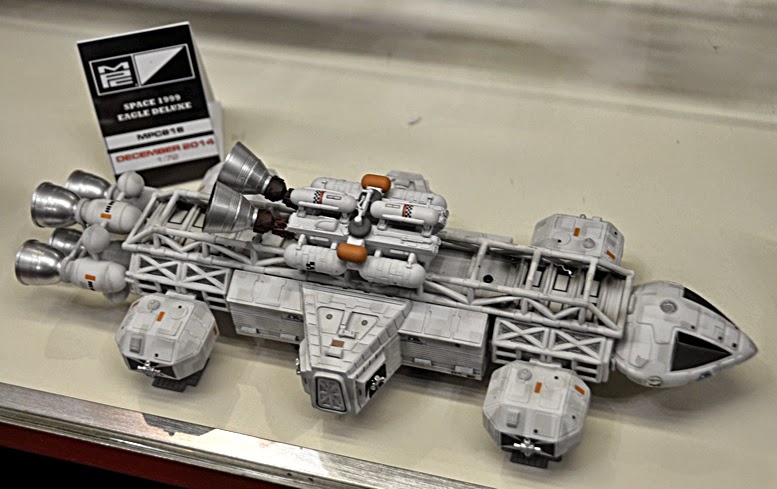 The MPC Moonbase Alpha kit (below) is available again. It comes on a a biggish moonscape base, and looks excellent, even if the Eagle Transporter landing pads are tiny. 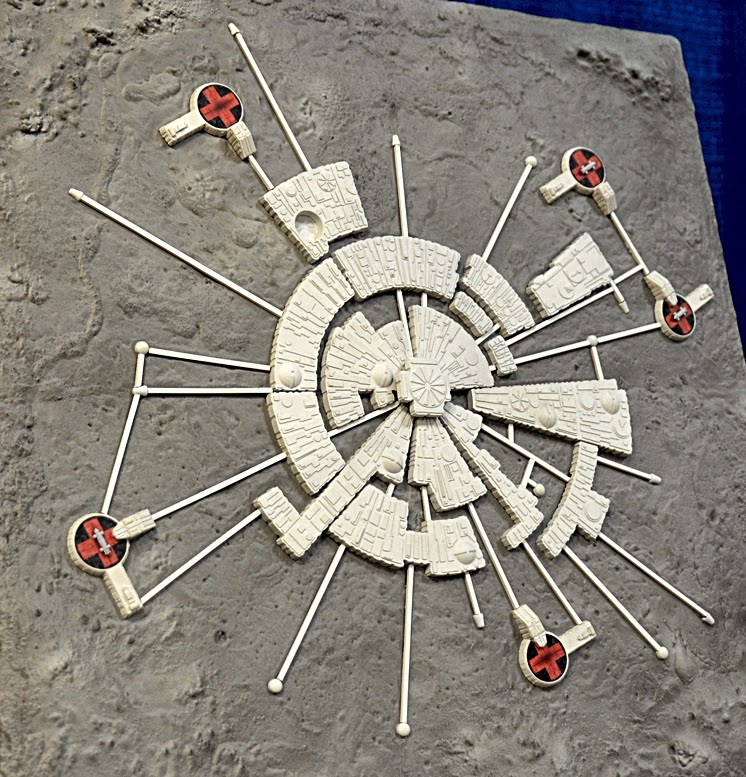 The Moonbase Alpha control room (below) is to a larger 1:115 scale. 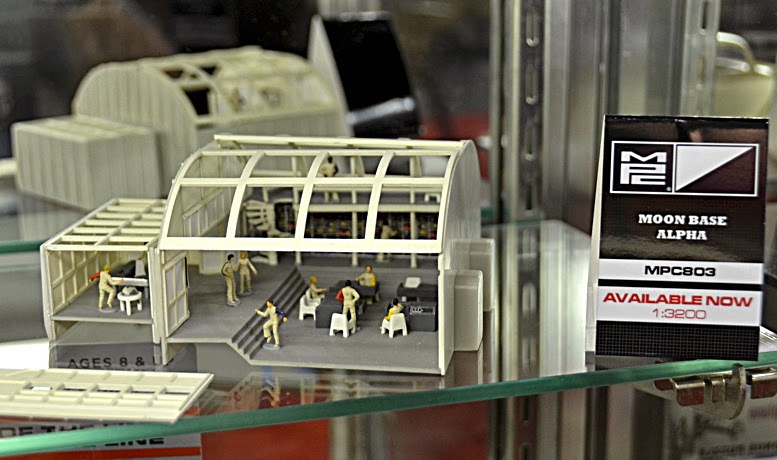 Perhaps it's not entirely authentic, but The Munsters name has been applied (below) to the 1:25 scale AMT Chevy Monster Truck. Moulded in black, the truck comes with suitable Munsters markings. Actually, the Munsters did go racing in the movie Munster, Go Home but this involved the existing Munster Koach and Drag-U-La. 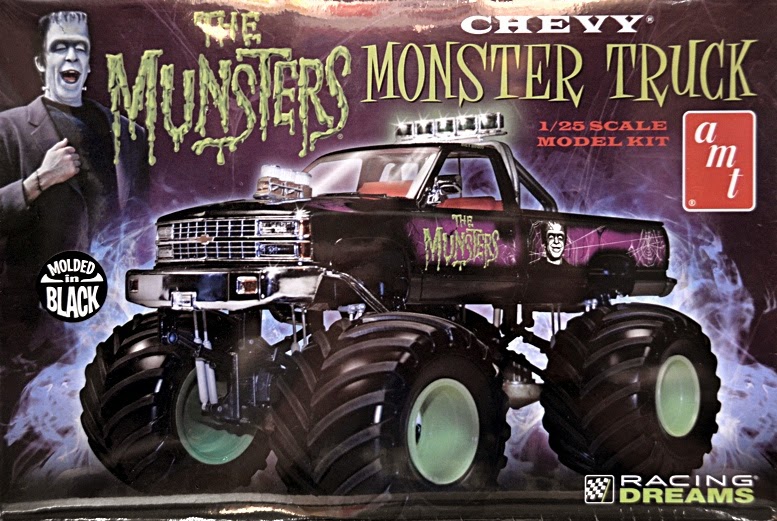 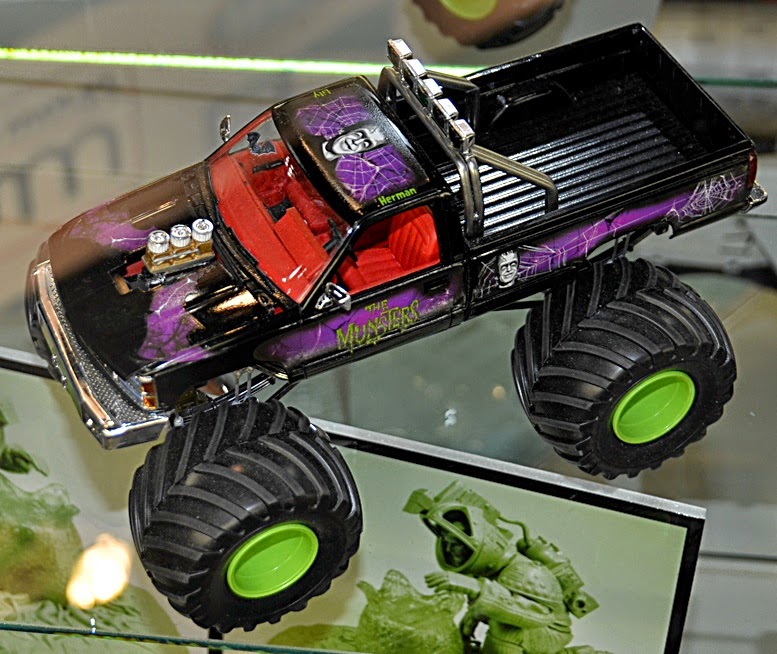 A built-up model (below) of the reissued 1:100 scale MPC Vostok launcher, as featured previously in SMN. 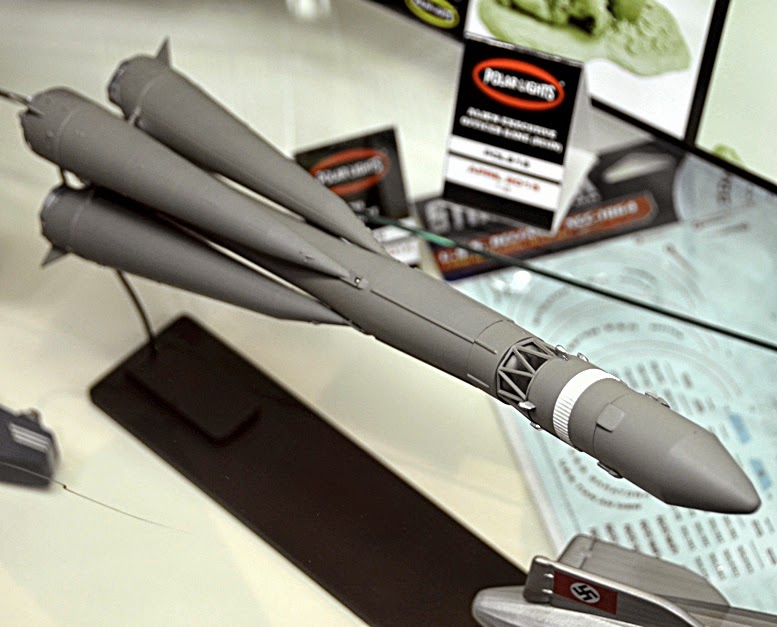 The excellent Polar Lights George Barris Batmobile from the TV series is already available in three variations from Round-2, and is now joined (below) by a fourth. The cement-kit version has now been issued with resin figures of Batman and Robin included in the box. They were previously available only in the top-end kit, which has additional photo-etch and injection styrene parts. A new box shows the actual car, whereas previous issues all used artwork. 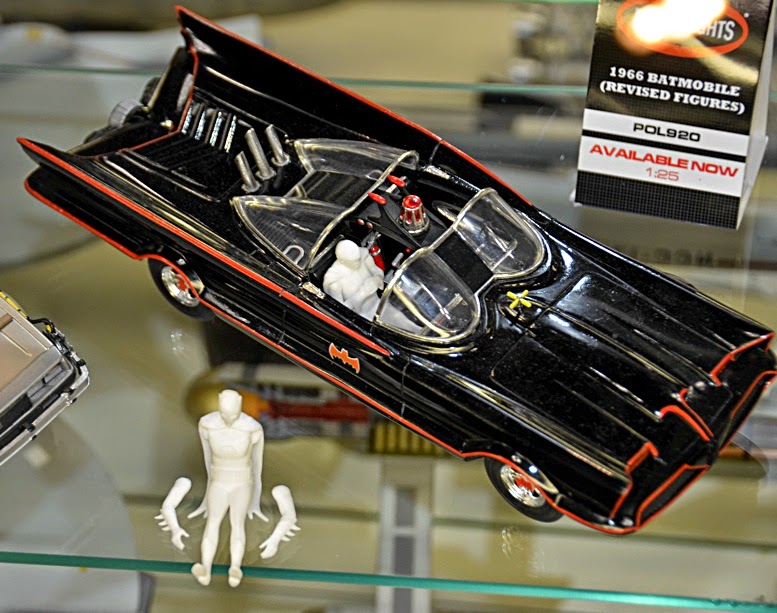 Although AMT issued the Aoshima-originated DeLorean car from Back to the Future a good few years ago, this tooling has now reverted back to the Japanese company. However, Polar Lights already made a snap-kit of the time-travelling machine, initially as the first movie version with the electric hook pickup. Then the Mark II ‘flying’ model was issued, and soon the Mark III ‘western’ type (below) will be released, featuring 1950s whitewall tyres and chrome hubcaps. 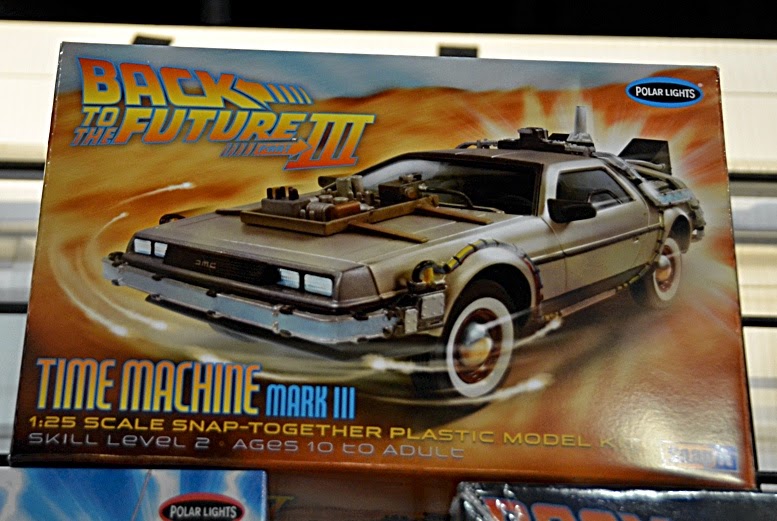 A surprise announcement to many is this reissue (below) of the Hawk Project Vanguard Satellite. It was first issued in 1958, and until recently was one of the very few kits made of an unmanned satellite.

Actually, the Vanguard was not too much of a surprise to me, as I supplied Round 2 with an original box, on which the new one is based.

Another welcome reissue (below) is The Man From UNCLE car, though it avoids using the TV series name. Instead, the kit is listed as the Piranha, which was the name applied to both this street and the drag versions. AMT was a model kit company that not only sponsored full-size cars, but also made them for real, at its Speed and Custom Division, run by Gene Winfield in Phoenix, Arizona. 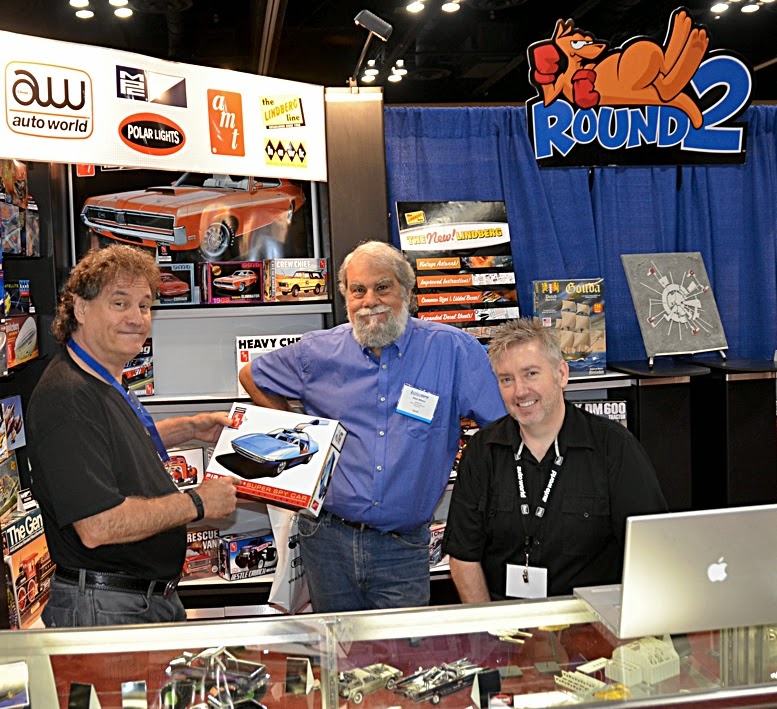