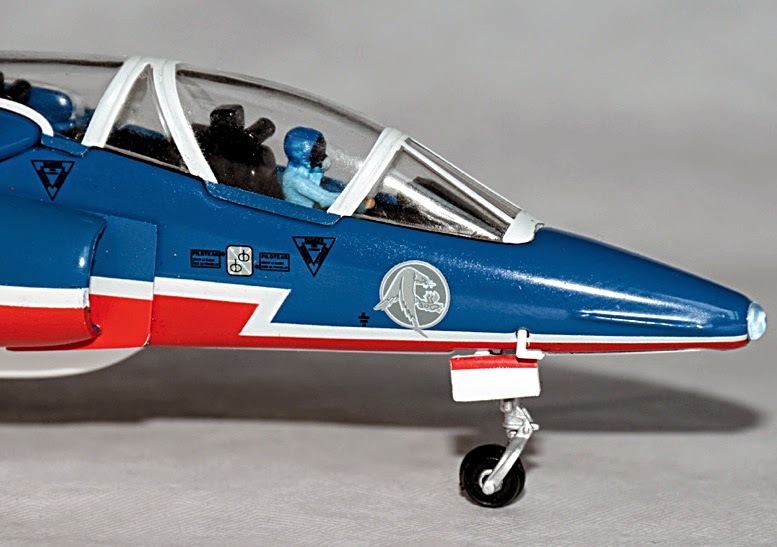 SMN report: A long-time staple of the Armee de l'Air (French Air Force) training fleet, the Alpha Jet from Editions Atlas is to 1:72 scale. The metal and plastic miniature is accurately produced, though it lacks the ultimate precise detail that you might expect with an equivalent injection-moulded kit. But it's a sturdy production, so should last for years on the display shelf, and certainly looks the part in neatly applied red, white and blue stripes. The gold tail lettering marks the 60th anniversary of the national air display team, the Patrouille de France (French Patrol). 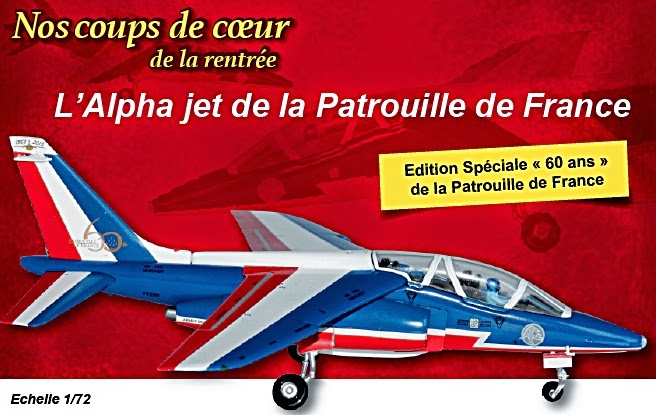 Facel was a French car manufacturer that lasted only a decade, from 1954-64, but in those years the company produced a handsome series of cars. The Facel Vega FV2 (below) was the car to be seen in if you were a 1950s French movie star, and this 1:43 scale open-top version is what we get from Editions Atlas. The signature wraparound windscreen is neatly produced, and the general lines look to be captured effectively. Note the Euro-standard tinted headlights. 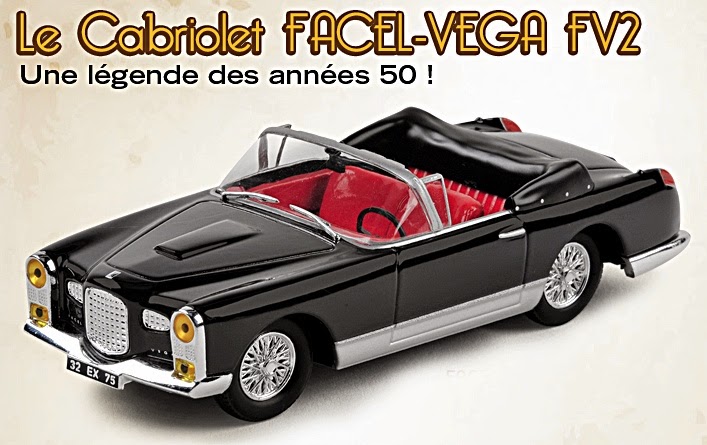 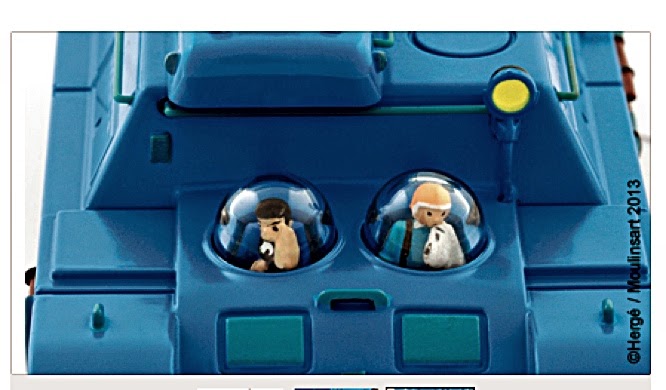 Painted in a fetching shade of mid-blue, this detailed Moon rover is the one featured in the Tintin book Destination Moon. A worthwhile buy for any sci-fi fan, the model has working treads and three clear domes, under which recognisable Tintin figures can be seen. It measures 110 mm (4.3 in) long. 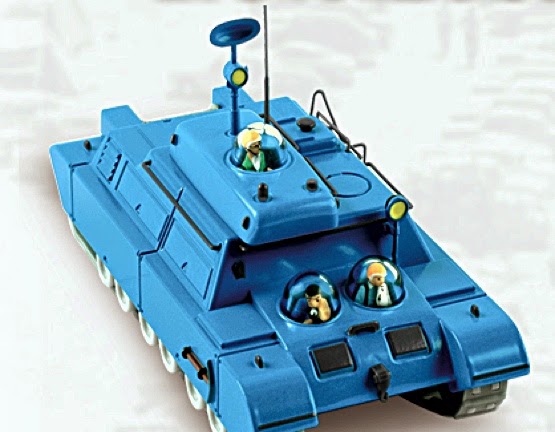 Another one for Tintin fans (below), this beautiful Euro-style retro coach measures 157 mm (6.2 in) long. A ladle of cream on the cake is that the model comes with a full complement of passengers, all individually painted. These Tintin models underline how much better miniatures can look when same-scale humans are included - certain kit manufacturers take note. Note the baggage rack on the roof, and trailer for suitcases. Both were features often seen on buses and coaches of this era. 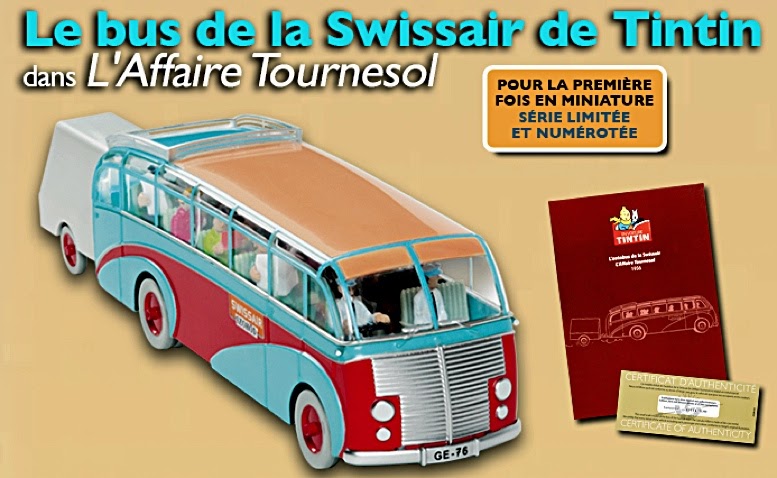 The French manufacturer Peugeot is better known for its cars these days, but the company has a long two-wheel history, including (below) this handsome Model 55GL motorbike from 1951. The model is produced in the usefully standard model scale of 1:24. It's likely that this Editions Atlas model has been bought in from the model firm IXO, which has a wide and interesting diecast range. 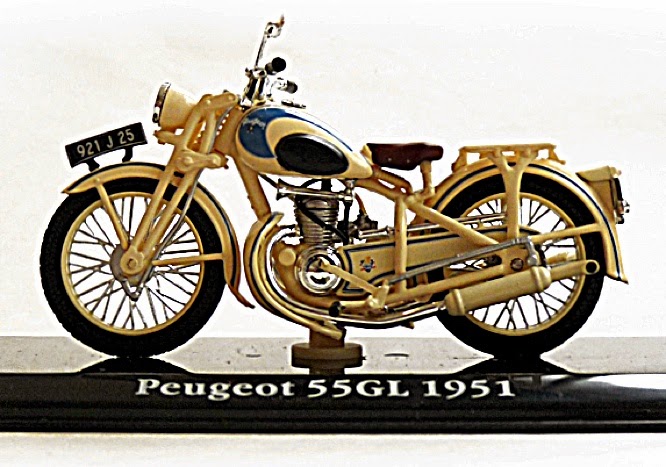