iHOBBY EXPO 2014 - IMPRESSIONS OF THIS YEAR'S SHOW FROM MAT IRVINE 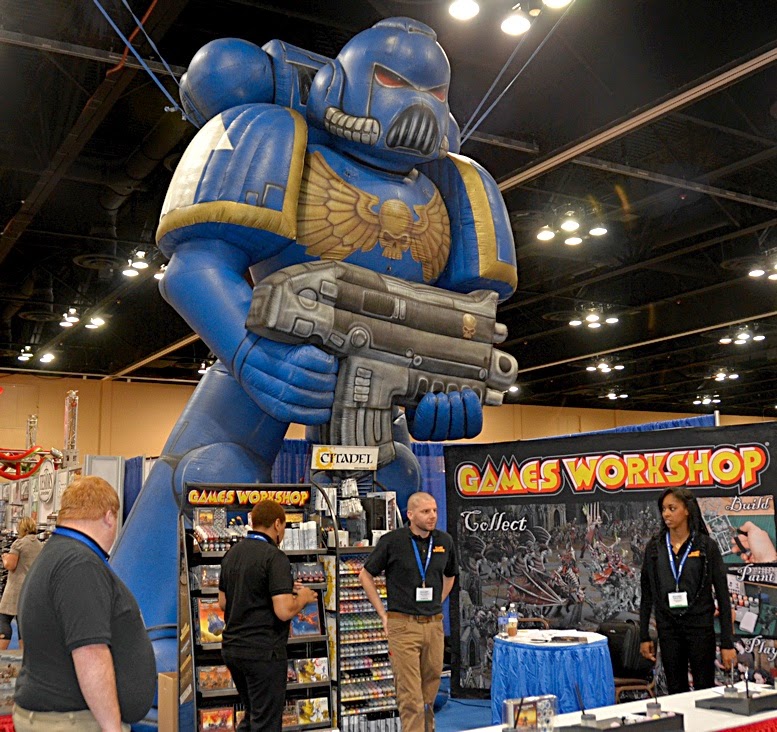 The iHobby Expo 2014 returned to the Schaumberg Convention Center near Chicago on October 2-5. This was its second year there, and my second trip too. I went with colleague Dean Milano, who at one point worked for Revell-Monogram.


Mat Irvine: As per last year, attendance was down on previous heydays at the Donald E. Stephens Convention Center in Rosemont close to O’Hare Airport, that ran up until 2011. The 2012 show was held in Cleveland, Ohio. This year's Schaumberg Convention Center (below) is an impressive building, and the good news is that the show seemed fuller than last year, so things could well be on the up. 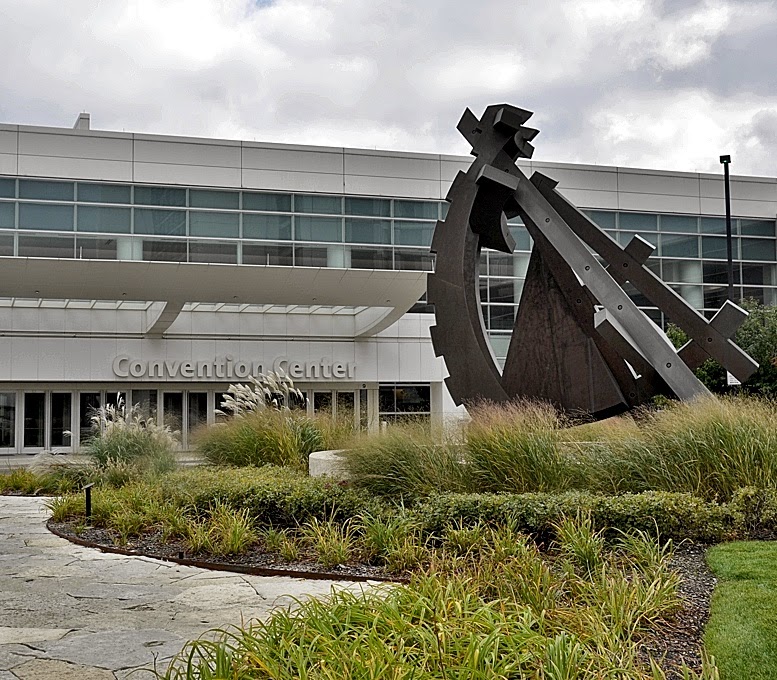 The improved attendance may have been due to the addition of an off-road radio control (RC) track and a flying area, plus more train layouts. These are always a prominent feature of any US model show.

Individual reports will follow, but here’s starter set of pix to whet your appetite.

As last year, the hall was dominated by the large Games Workshop inflatable space figure (below and header). 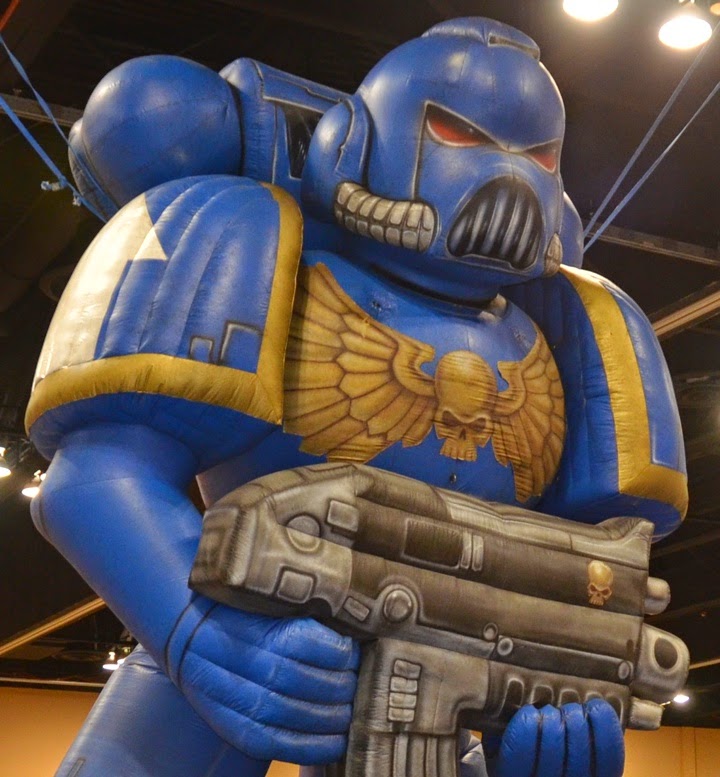 Dean Milano (below) examines one of the many railroad layouts. He has a fondness for HO scale buildings, many of which featured in his Milano Model and Toy Museum, the physical version of which has now closed, but which still survives on his website. 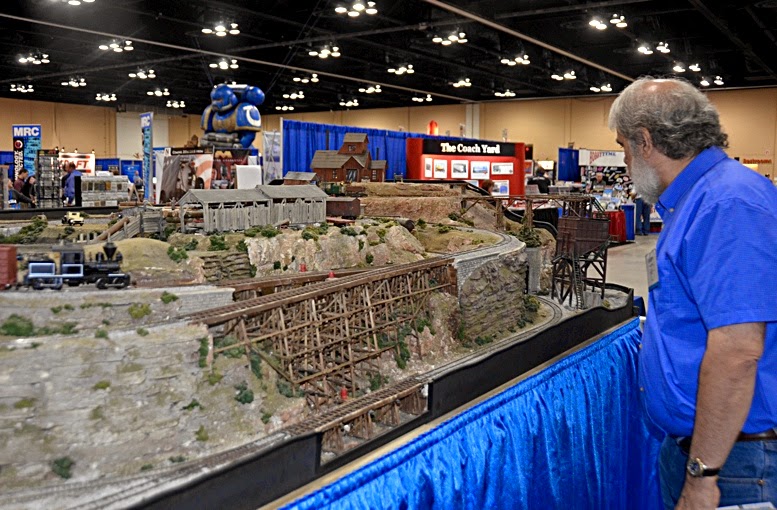 Trellis bridge detail (below) was excellent. 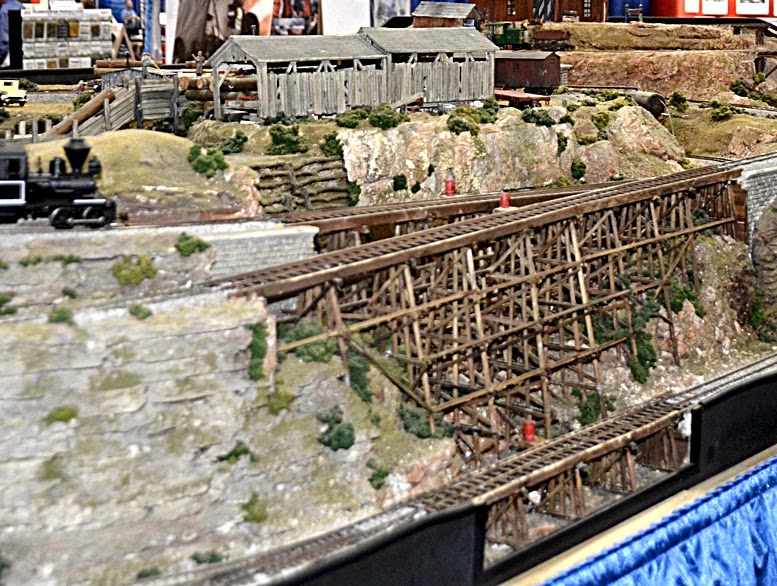 It was good to see the British Hornby Hobbies company (below) mounting an impressive display, along with Airfix and Scalextric. 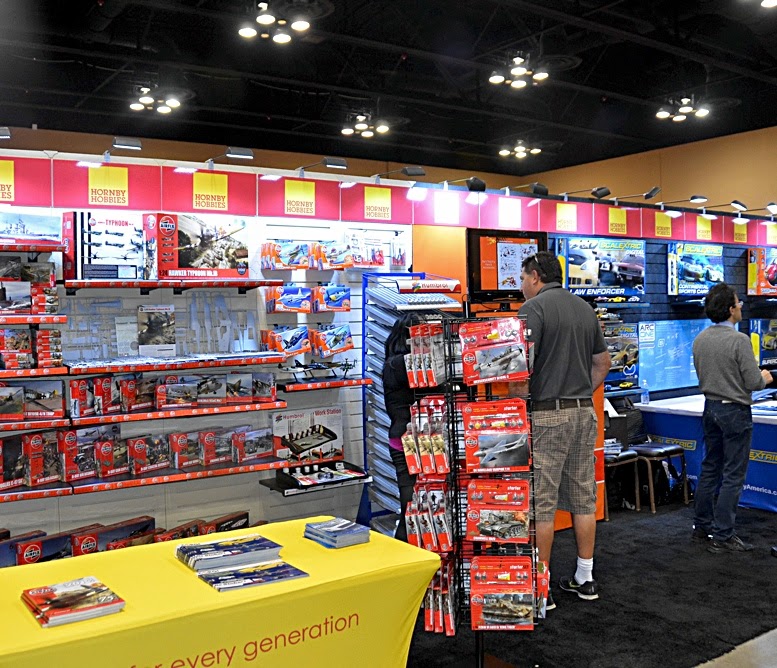 The Chicago Lego Club included this display. Note the 'grass' made of flat sections of green Lego base material. 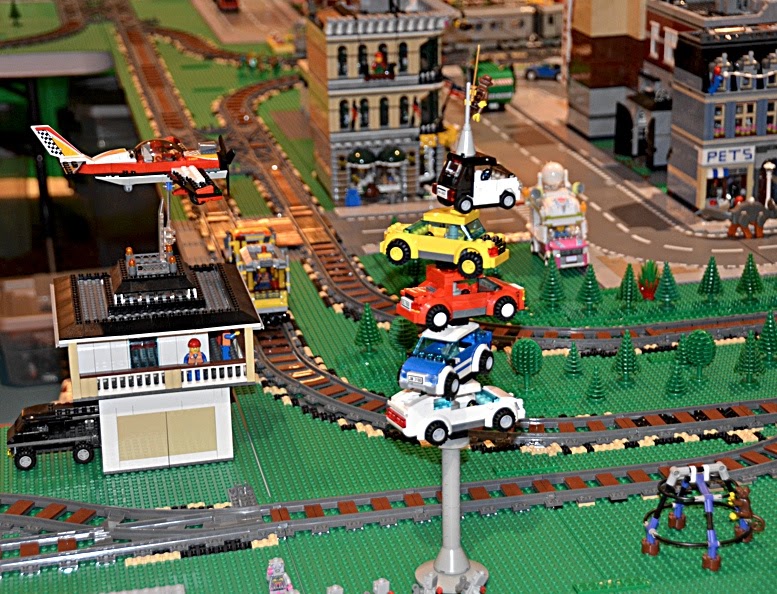 Excellent detail is a feature of the new Catwoman figure from Moebius Models. 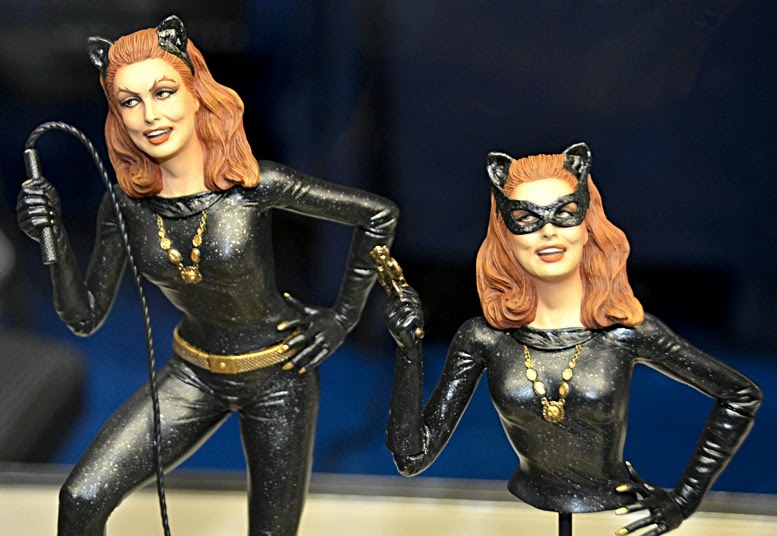 One of MRC’s people (below) shows us the new Academy 1:24 scale Hyundai Azera sedan kit. I’ll be writing more on this model in a feature to come. 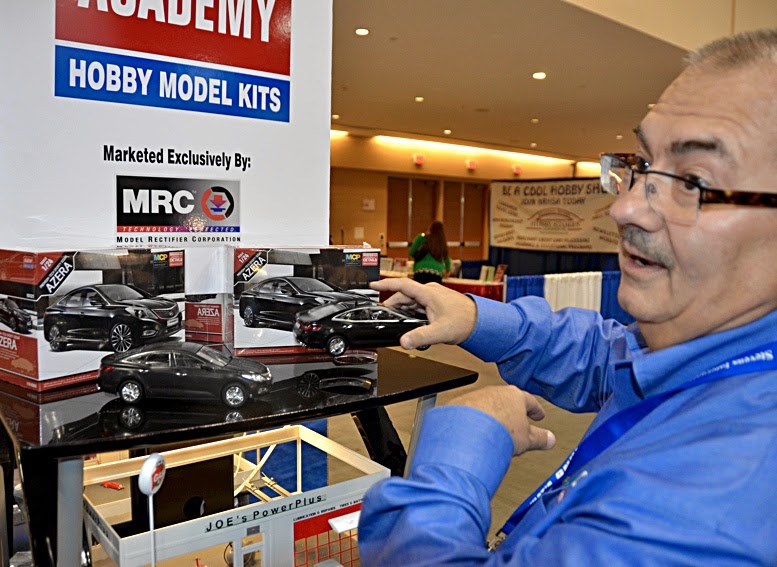 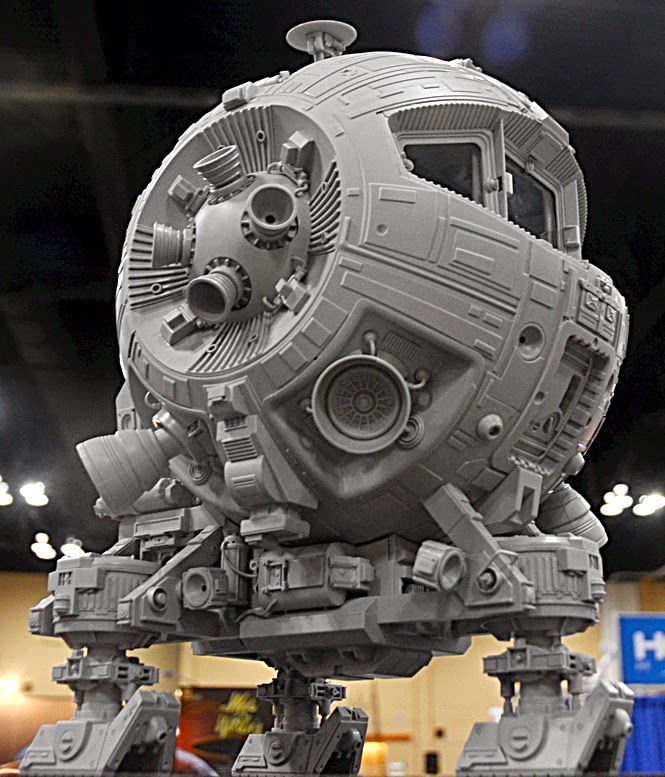 A welcome reissue (below) from AMT is The Man From UNCLE car, now using its original Piranha name, though all else remains the same. More on the rest of Round 2’s output to come.

One of the many buildings available from Woodland Scenics. This Bike Shop is packed with detail and interest. 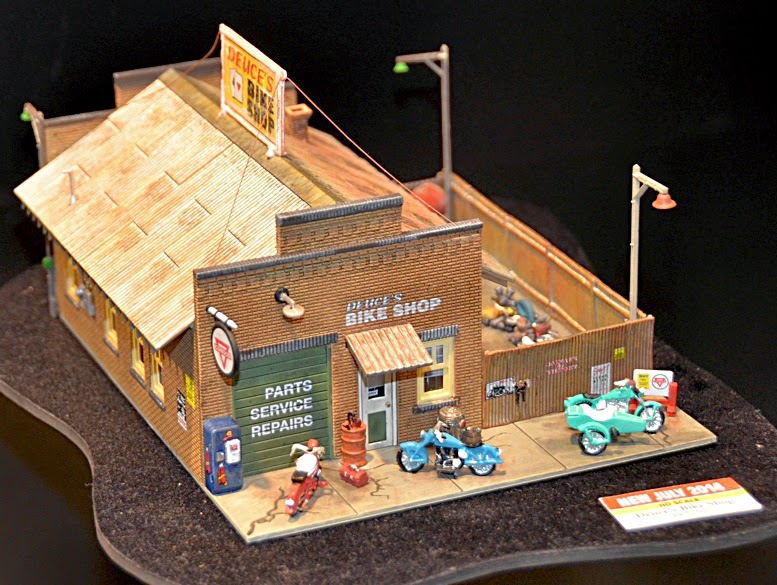 The Squadron stand (below) displayed these ICM kits. 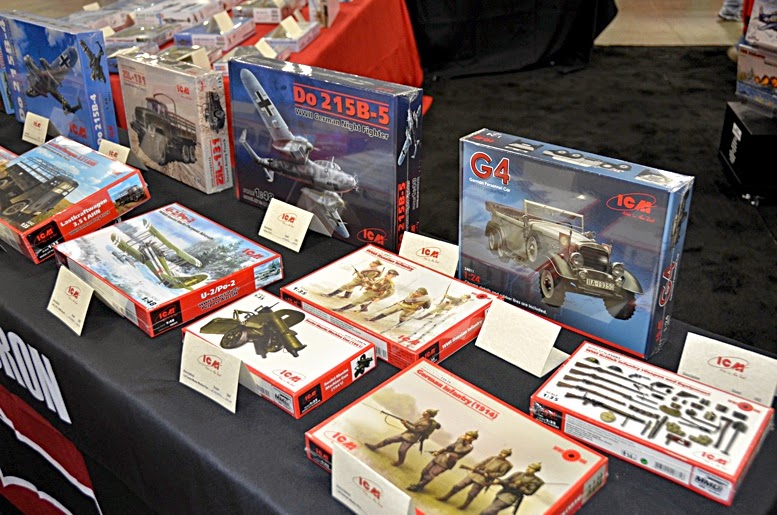 One of the many amateur railroad layouts (below) at iHobby 2014. This was created by members of the Valley Model Railroad Club. 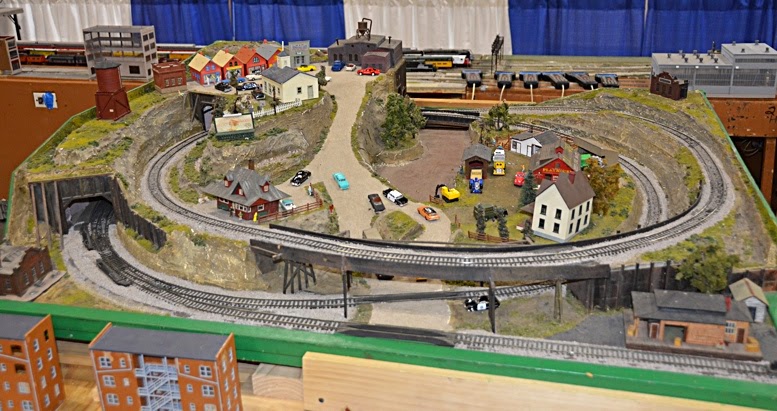 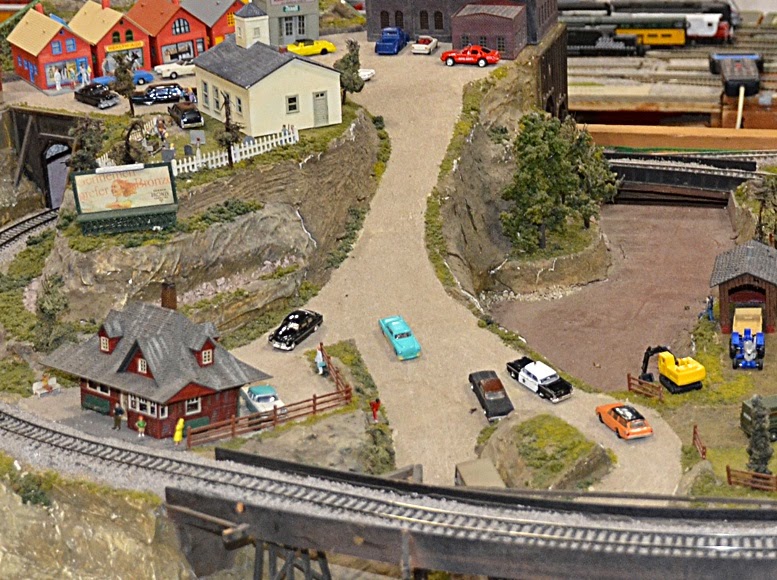