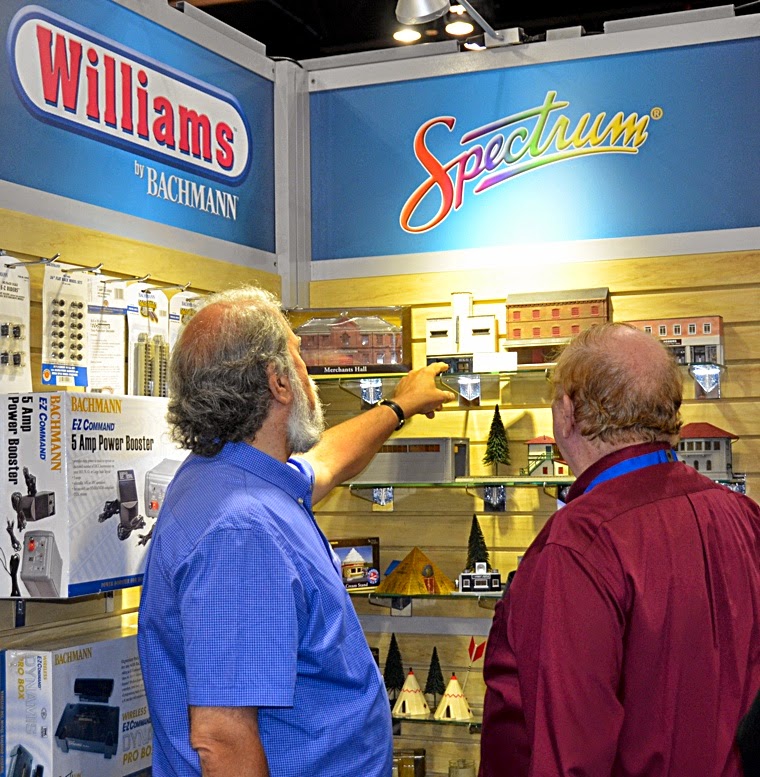 Although I would usually say that the automobile in all its forms comes tops in American modelling interest, I’m really talking about purely ‘static’ models. When it comes to anything that actually moves, that qualification has to go to model railroads.

Mat Irvine reports: It was, after all, the railroads that opened up the expanses of the continent, long before the interstates were built or airlines started regular flights.

Consequently, model shows almost always feature railroad displays, and iHobby 2014 was no exception. One of the largest rail-orientated companies is Bachmann, whose origins goes back well over a century - it started more than 180 years ago, in 1833, albeit making parasols and Spanish ivory combs. Bachmann's model rail history dates back to 1968.

These days Bachmann keeps rail fans up to date with regular releases of items such as scenery components, rolling stock, and computerised systems.

General view of the Bachmann stand (below) loaded with desirable goodies for the rail enthusiast. 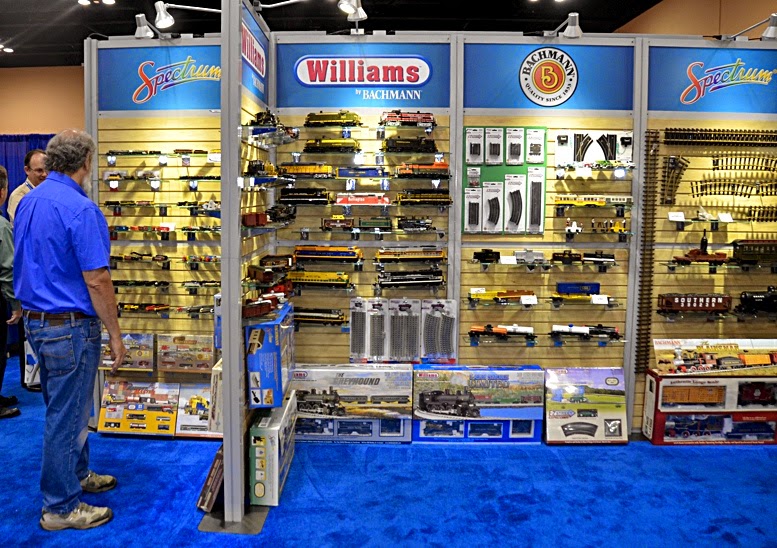 A Bachmann special boxed set (below) depicts a railroad set in the markings of the famed Ringling Brothers 'The Greatest Show on Earth' with Barnum and Bailey. 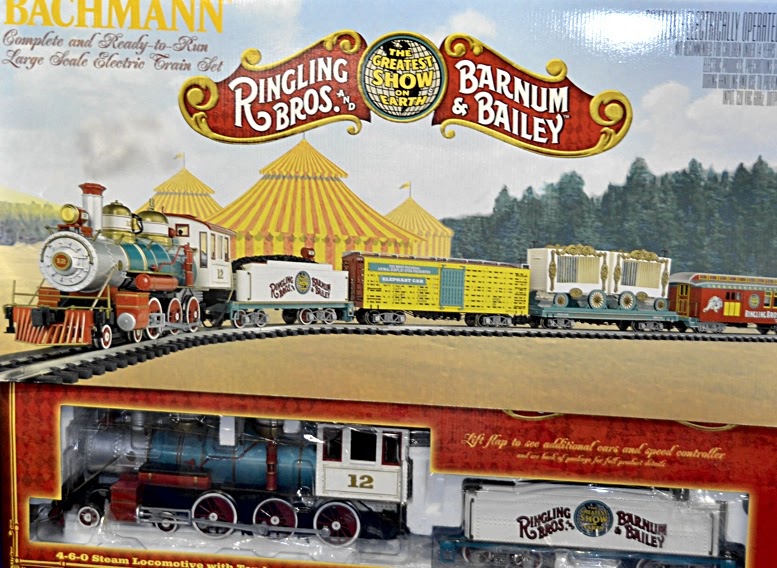 Below, 'The British are coming.' Well, they've already arrived, as Thomas the Tank Engine and Friends are extremely popular. The name is shortened for the US as ‘Thomas the Tank’ or just ‘Thomas.’ 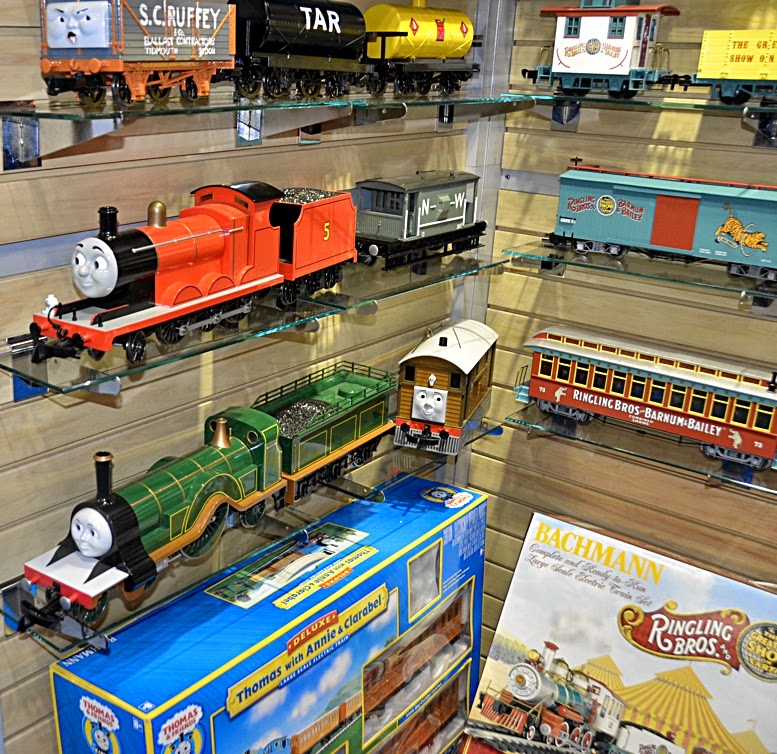 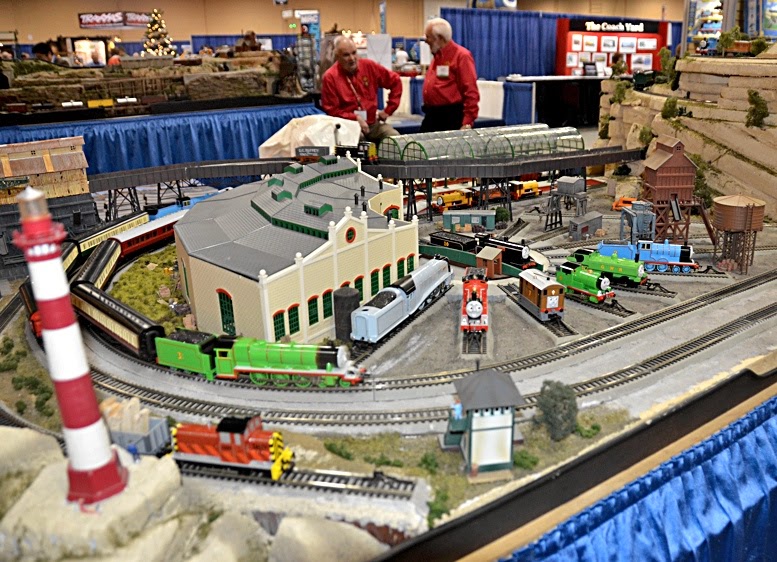 And there are those trackside accessories. Below and header, Dean Milano (left) examines a new range of roadside buildings in resin with a Bachmann staffer.

Bachmann SceneScapes (below) explore icons of roadside Americana - diner, gas station and motel - dressed up as something else. The coffee pot and tepee homes are based on actual buildings. 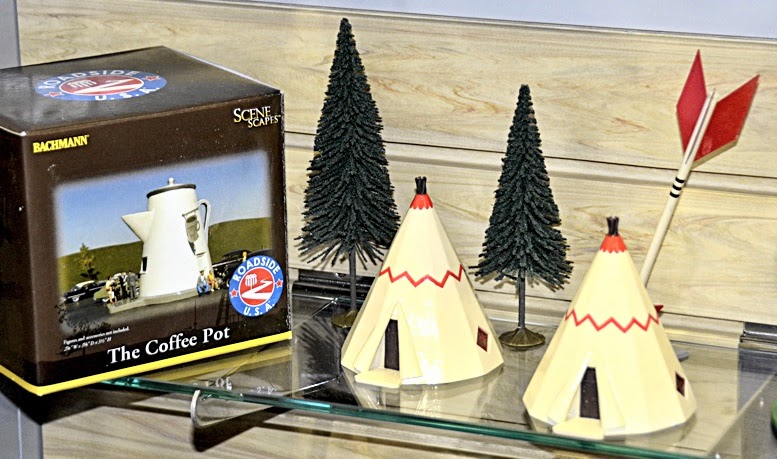 The buildings (below) ought to be must-have items for lovers of retro-Americana, and are made in both H0 and N scales. The Airplane Gas Station is based on the real thing in Powell, Tennessee, while the Castle Car Wash lies just south of Chicago, on Route 66. The tepee motel is based on the one in Holbrook, Arizona, while the accompanying arrow comes from up the road (Route 66) at Twin Arrows. There the clue is in the name, though the model only provides one! 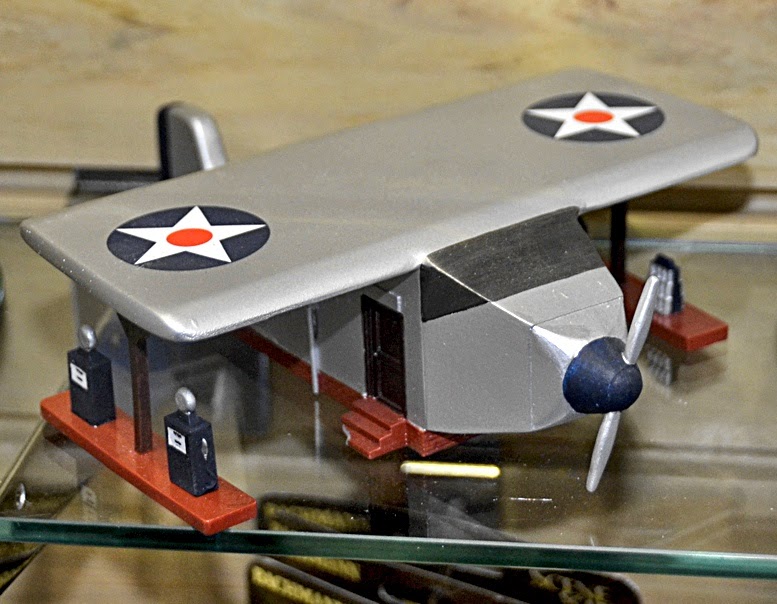 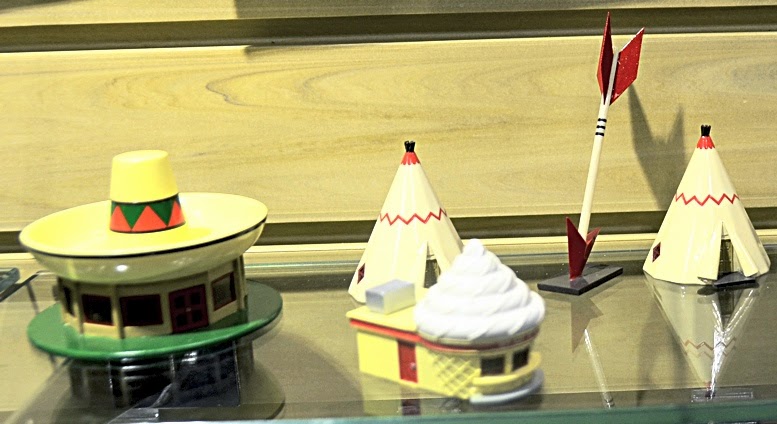