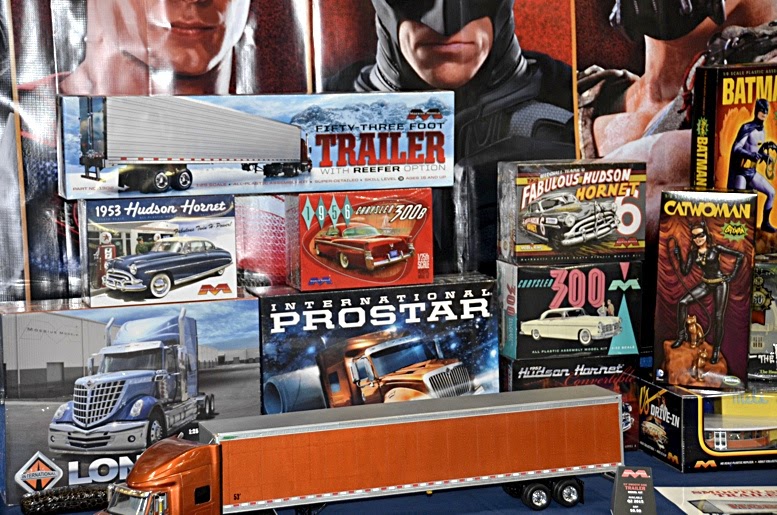 Here’s a look at what Moebius Models is planning for the coming 12 months, as seen at this year’s iHobby Expo at the Schaumberg Conference Center, near Chicago.


Report from Mat Irvine: Just some of Moebius’ current - and future - output. New-tool (below) kits of the classic-shape Battlestar Galactica Viper, as used in both old and new series. 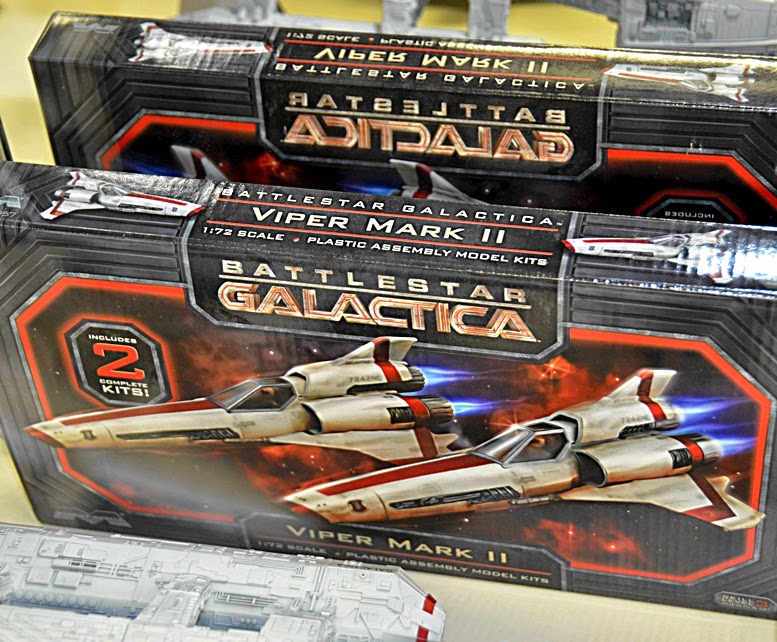 The 1:72 scale Viper kit shown assembled and ready to display (below). There are two versions: the original Mk II, and the Mk VII. You get two identical kits in each box. Note the bigger ‘deformed’ eggplane-style* Viper at the back, which is another kit to come 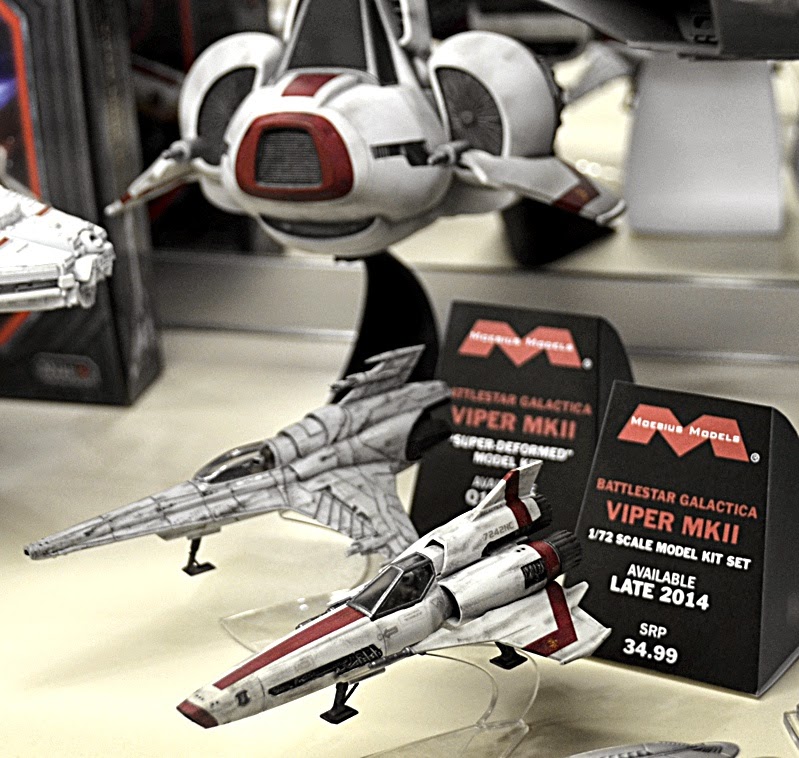 Sneak peek (below) of another Battlestar Galactica ship, the Colonial One. 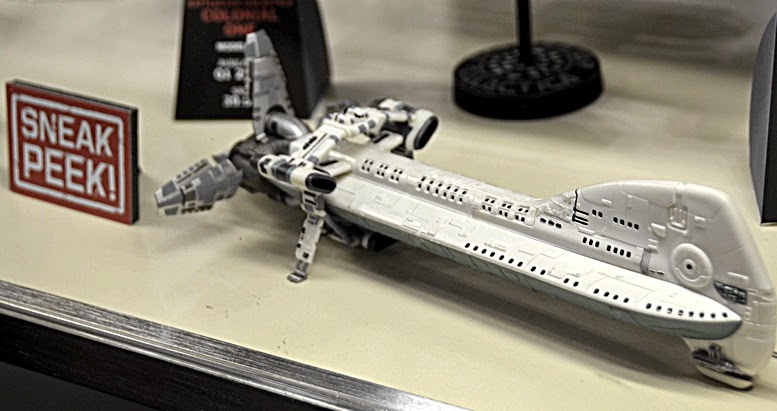 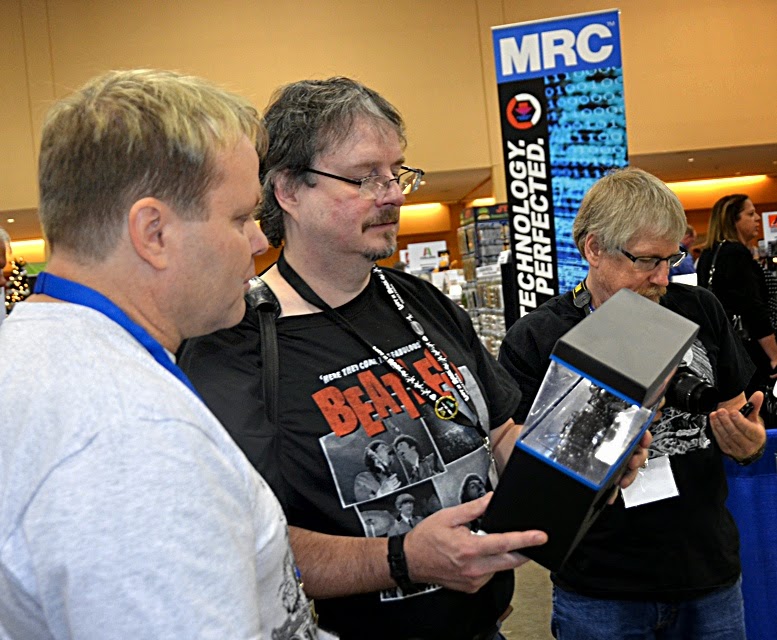 Closeup (below) of the pre-built 1:18 scale Catwoman-BatPod, seen here in its ‘rainy’ box. 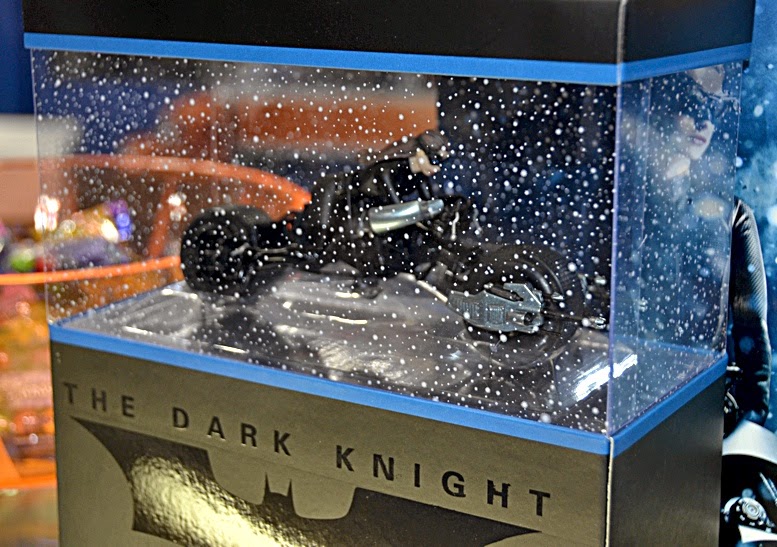 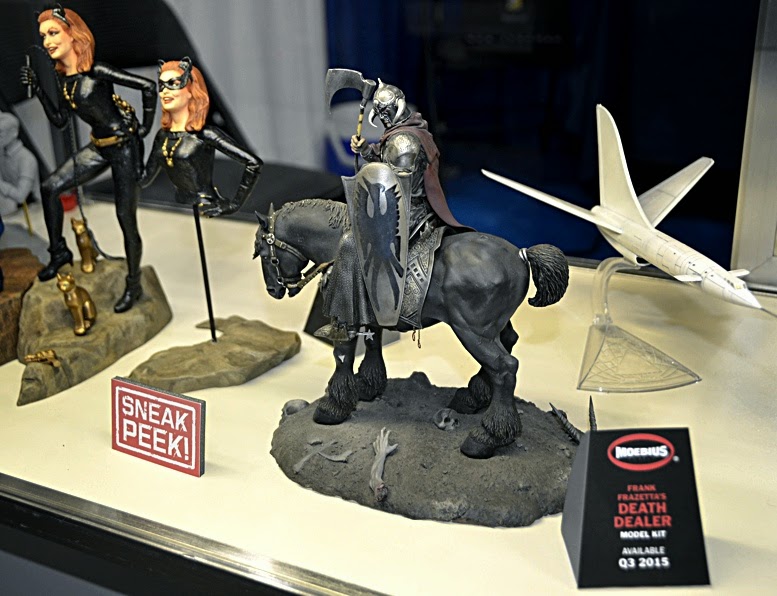 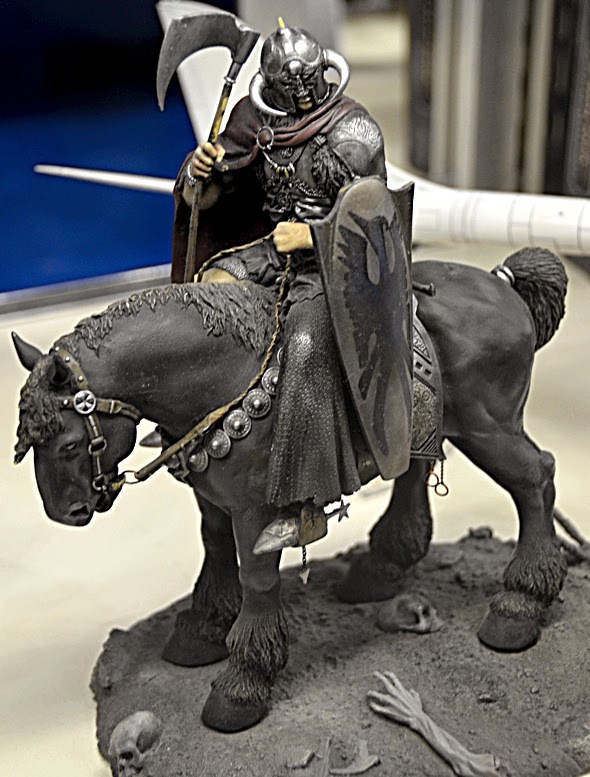 Test shot (below) of a new Moebius kit, the Dragonfly from the American Saturday morning kids’ TV series, Jonny Quest. 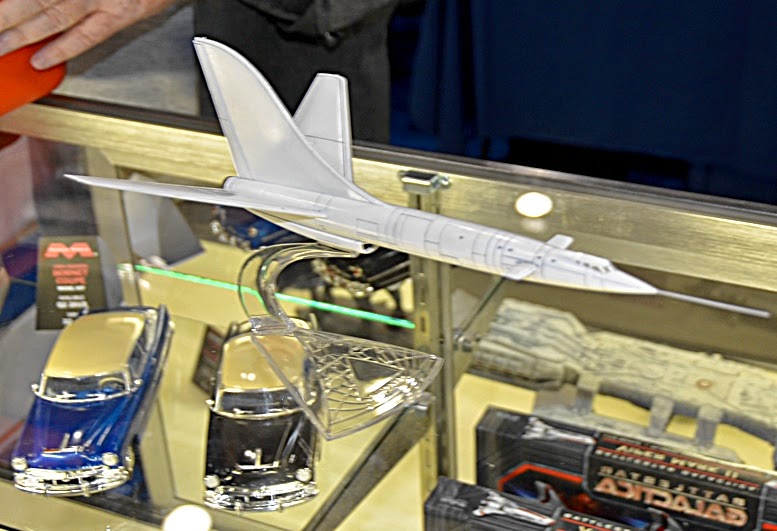 An extremely good paint job (below) on the up-and-coming Batman classic TV series. The resemblance to Adam West is striking. 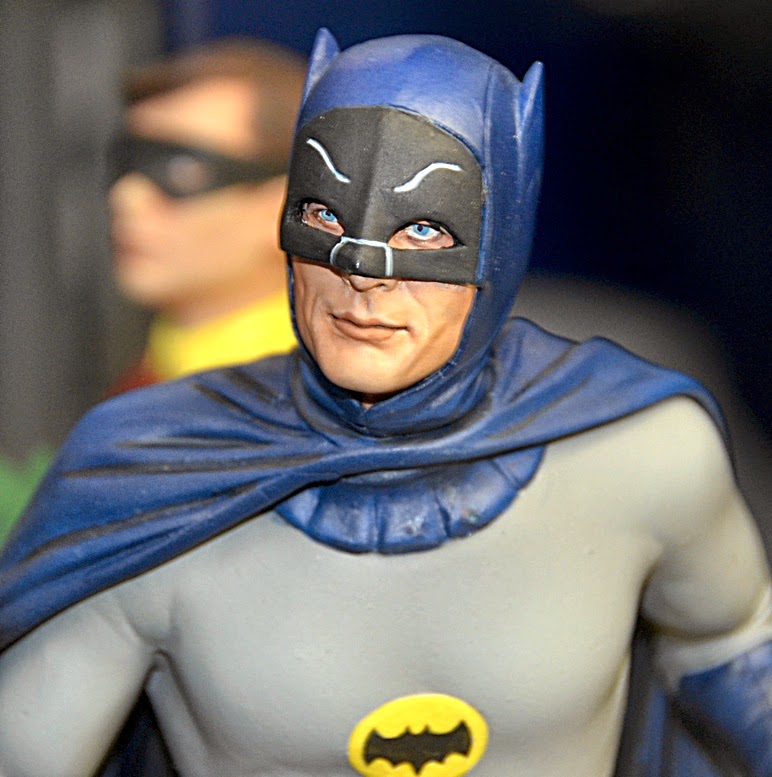 Ditto for Burt Ward (below) as Robin. 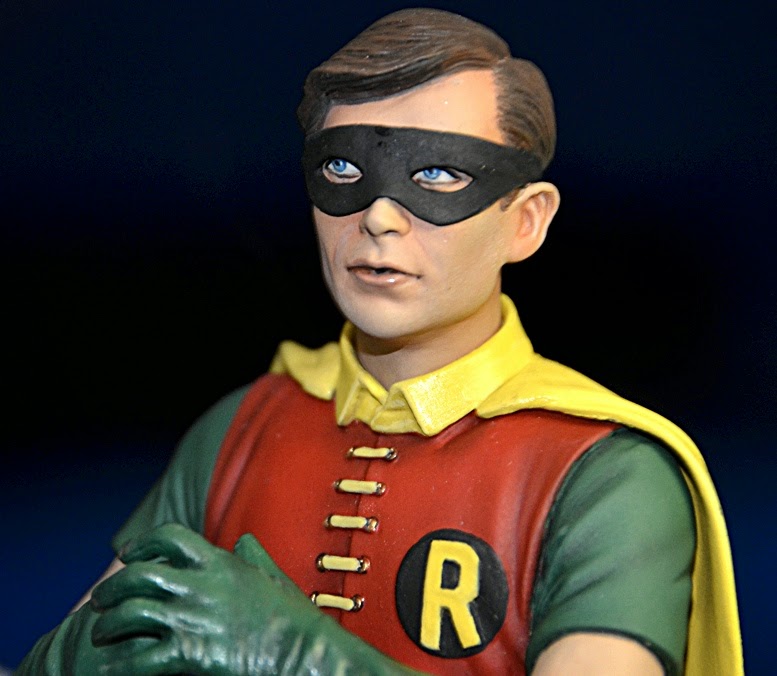 A big surprise coming from Moebius - and maybe the significance has not been noticed by many - is that there will be a reissue of two classic Jo-Han kits, two of the very few where the tooling survives. These are the 1959 Dodge (below left) and 1964 Chrysler Turbine Car (centre). Both are seen here purely as test shots of the bodywork; the Dodge with a non-plated front grill and bumper.

The Turbine Car will be the promo version without the turbine engine, as against the fully detailed kit, usually reckoned to be one of the best car kits ever produced. But even in this simplified form, it still looks like a model for the must-have list. 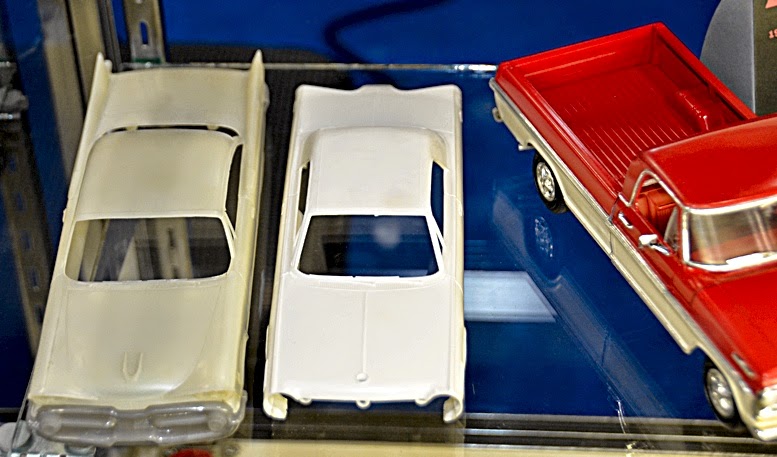 Below left, a 1971 Ford Ranger pickup, with (middle) an unpainted 1961 Pontiac Ventura. Both are brand new kits, coming soon. 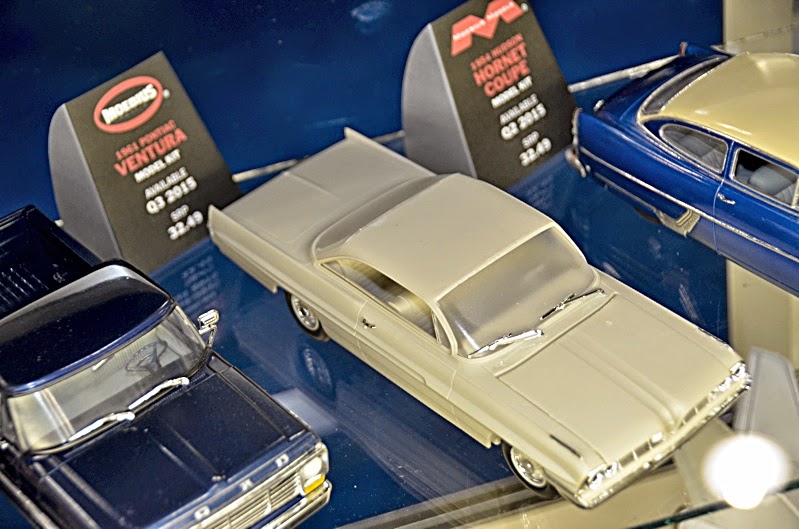 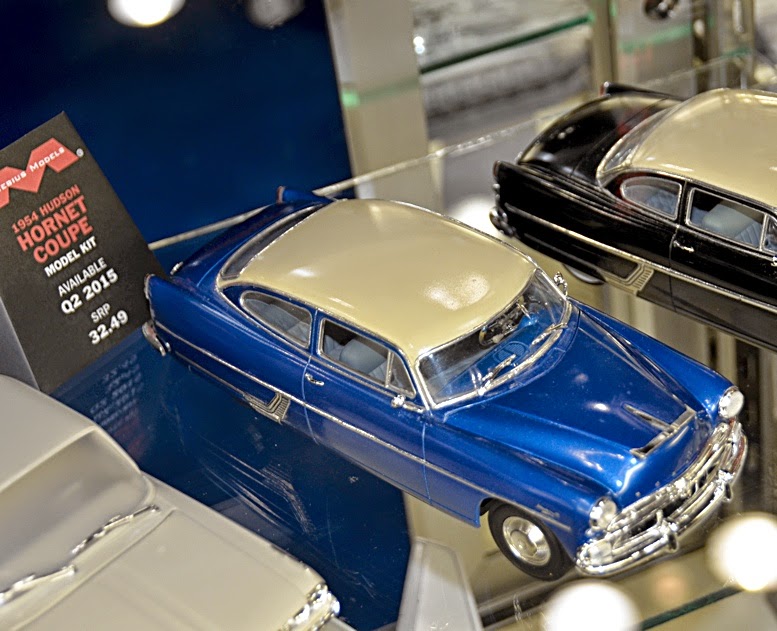 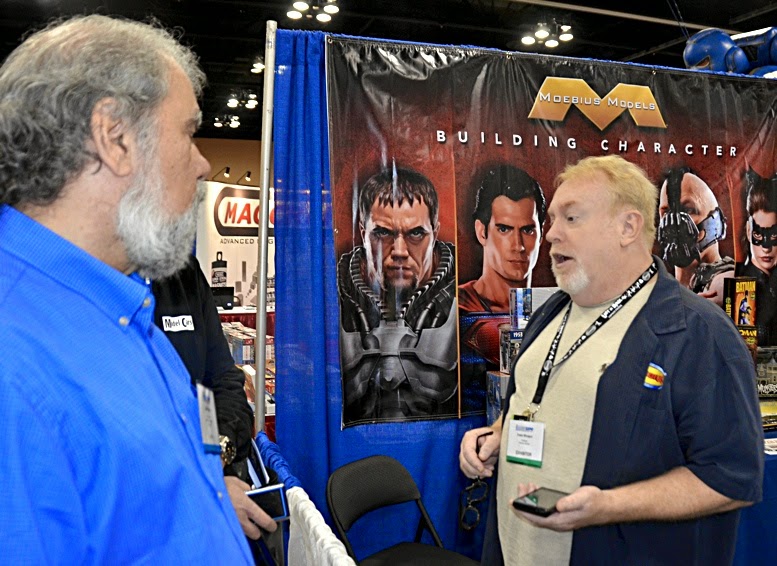