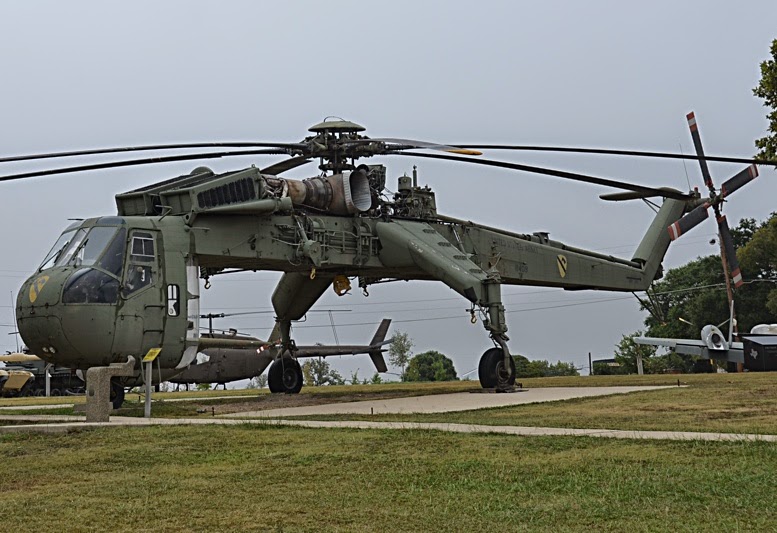 If you are a model maker, a trip round a museum almost certainly reveals examples of machinery you recognise, even if your only connection to it has been in miniature form.


Mat Irvine: This certainly applies in spades to the military museum in the grounds of the largest military base in the western world, Fort Hood, Texas.

Fort Hood’s collection of historical military machines (though some have been retired only recently) will no doubt have most who have ever wielded a tube of plastic cement, exclaiming, “I built one of those…!”

Here is a selection of photos I took on a recent trip, kicked off with the bigger of two Museum signs. 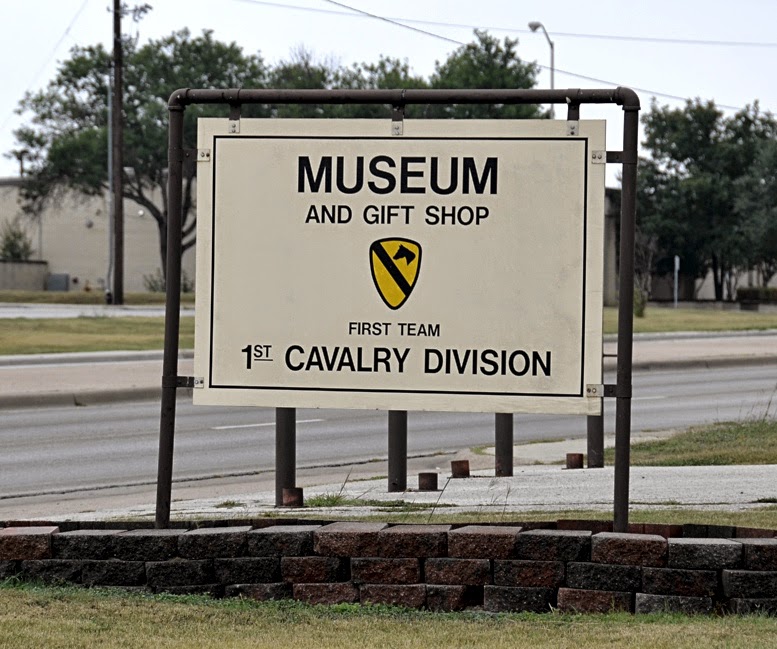 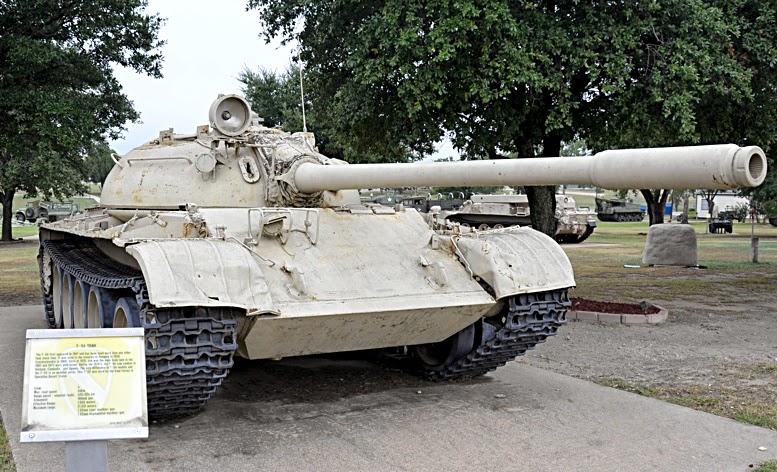 One of the most distinctive helicopters ever built, the Sikorsky CH-54 Tarhe (below) was named after a native American chief of the Wyandot tribe, known as ‘The Crane.’ The helo is much better known by its civil name, the S-64 Skycrane.

Your author ‘hanging around’ (below) on the Skycrane’s underbelly cargo hook. 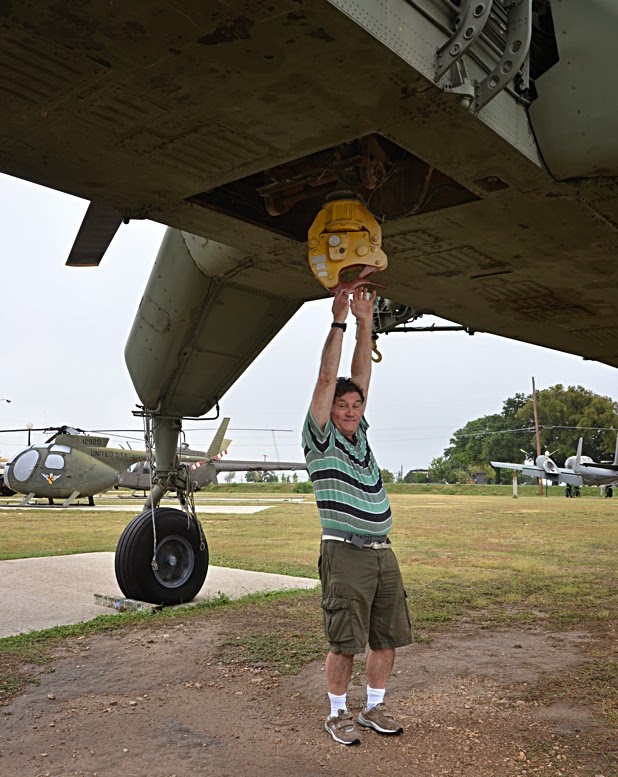 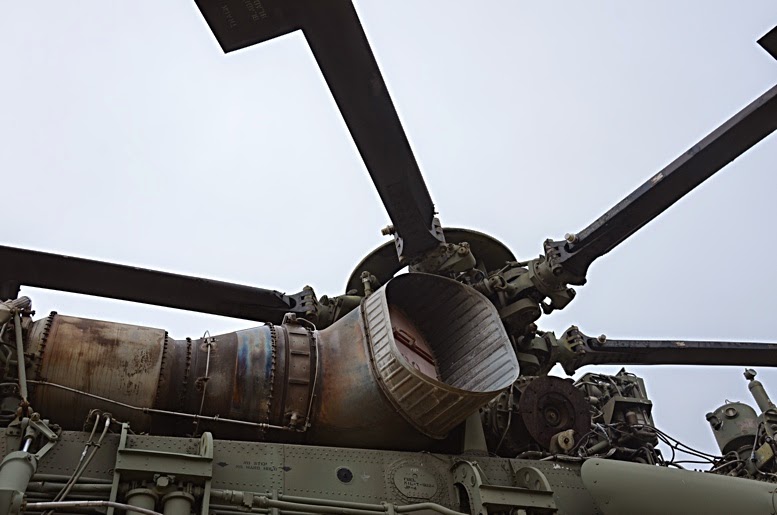 Nothing like a closeup shot (below) for providing plenty of useful reference for superdetailing your own S-64. 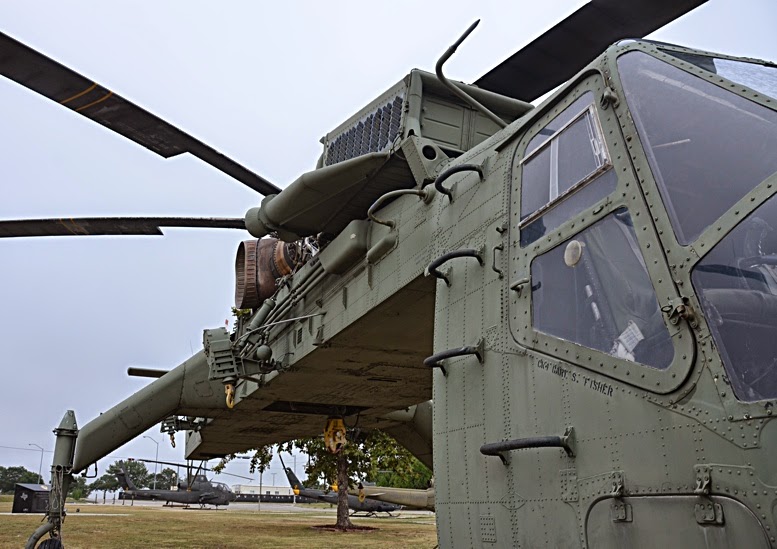 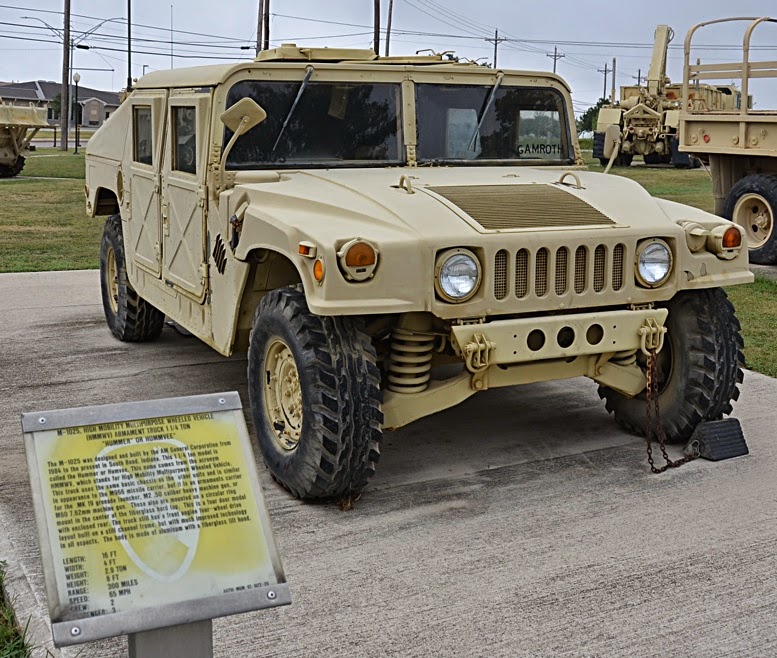 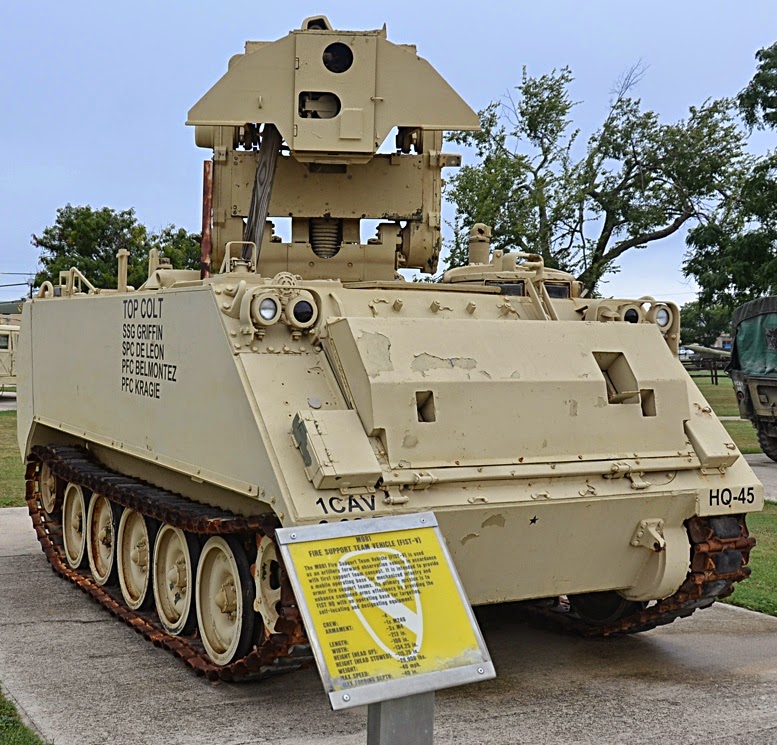 The M47 Patton (below) is one of the best-known US tanks, in service from 1952 to the early 1960s. It featured as one of Monogram’s earliest AFV kits. 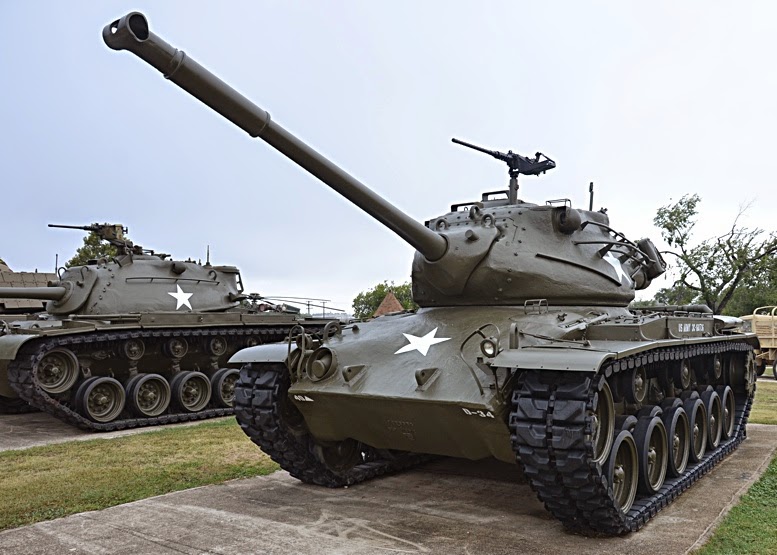 The M1120 Heavy Expanded Mobility Tactical Truck (HEMTT) comes in many forms (below). 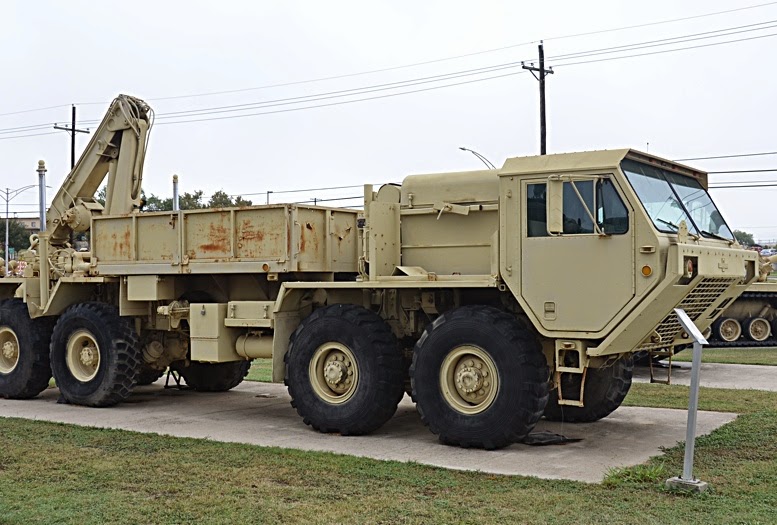 The OV-1 Mohawk (below) is an observation aircraft that was in wide use with the US Army from 1959-96. 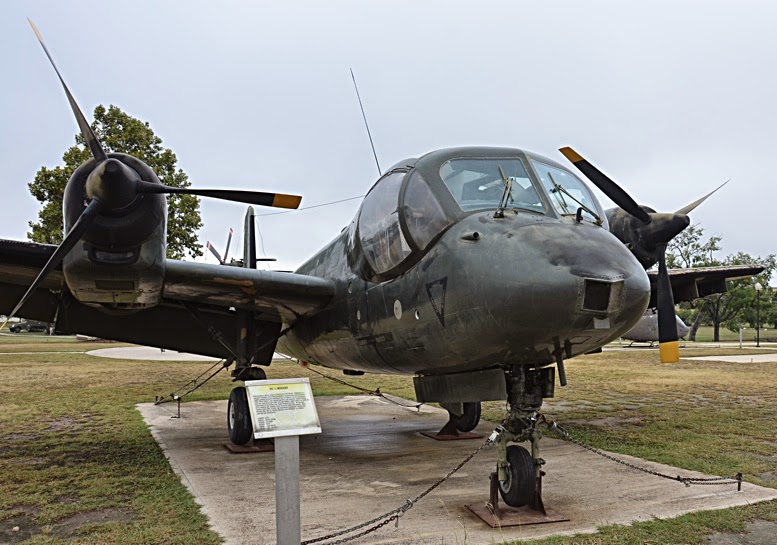 Famed for Vietnam War service, the UH-1B Iroquois (below) is better known as the ‘Huey.’ 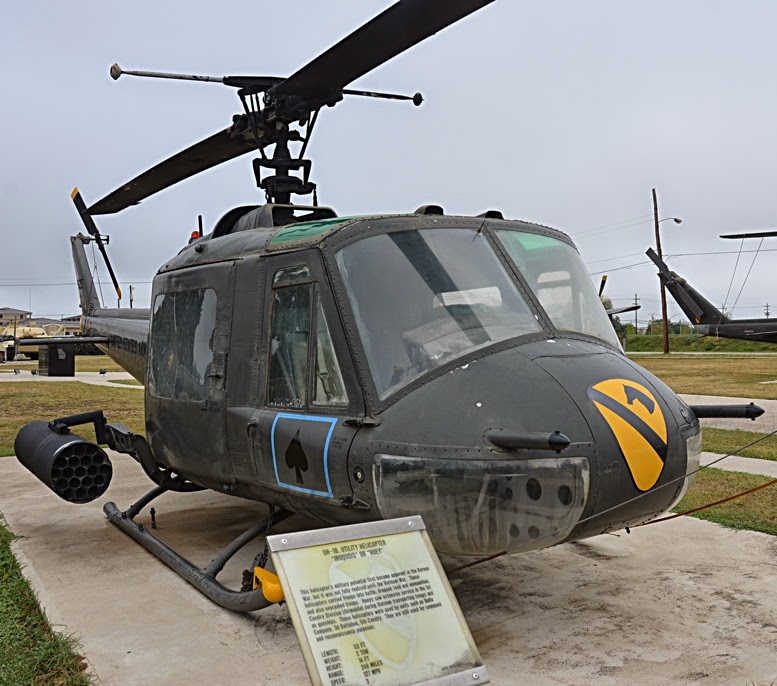 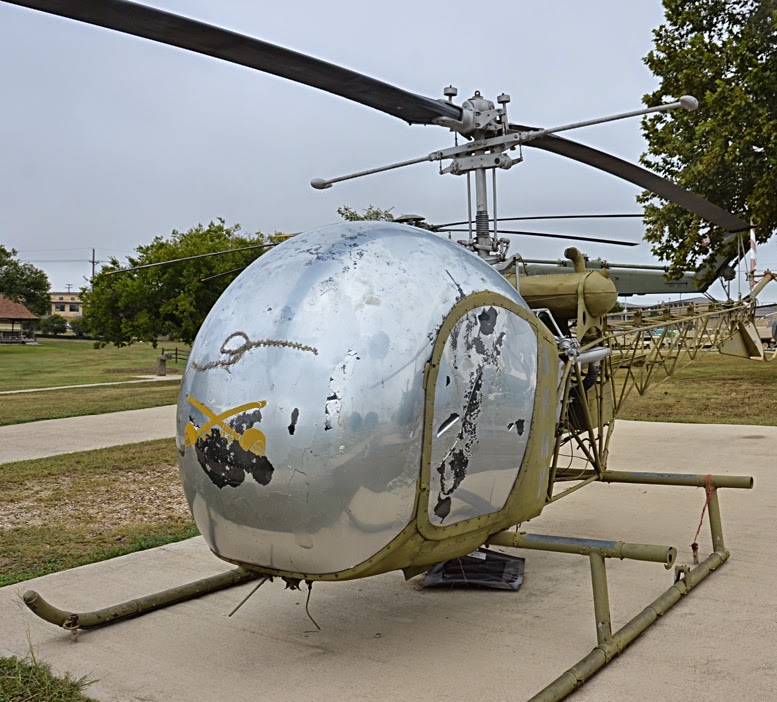 Shades of the M*A*S*H movie and TV series, a Bell H-13 Sioux (above, below). The cockpit of this example has been ‘silvered’ to protect the interior from the hot Texan sun. 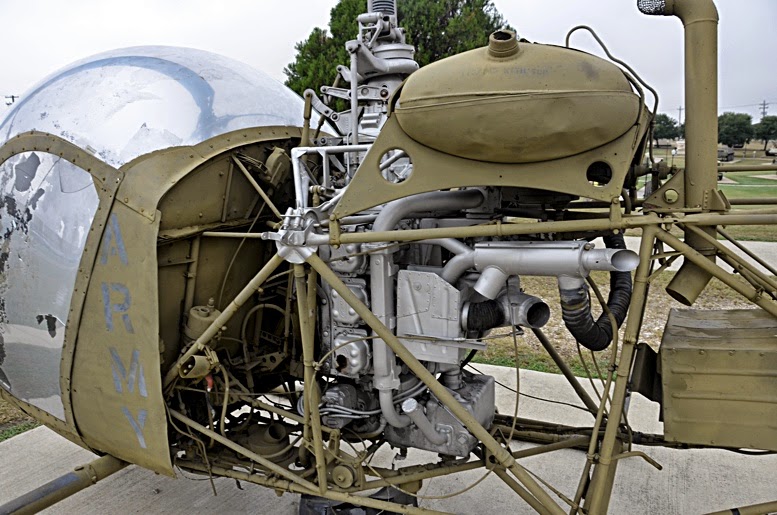 Many model companies, such as Revell, Renwal and Adams, manufactured kits of the M31 Honest John surface-to-surface missile (below). Often referred to as a ‘guided missile’, it was actually a spin-stabilised battlefield rocket that could be fired from a mobile launcher. 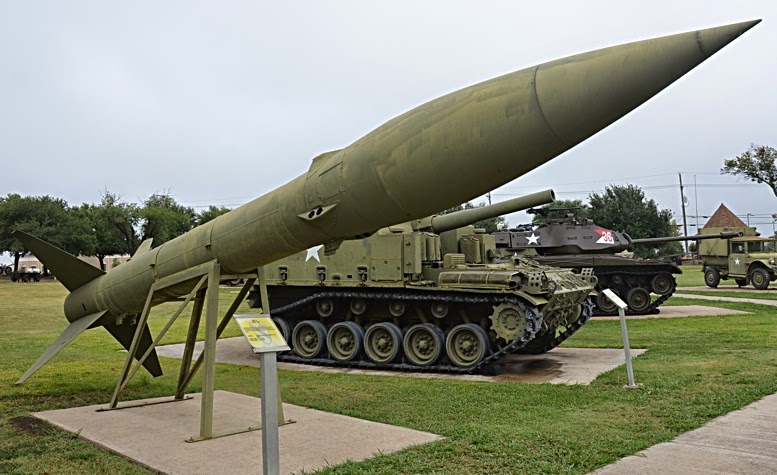 The M3 Half-track (below) is another vehicle that has been widely modelled. Nearly 43,000 were produced. 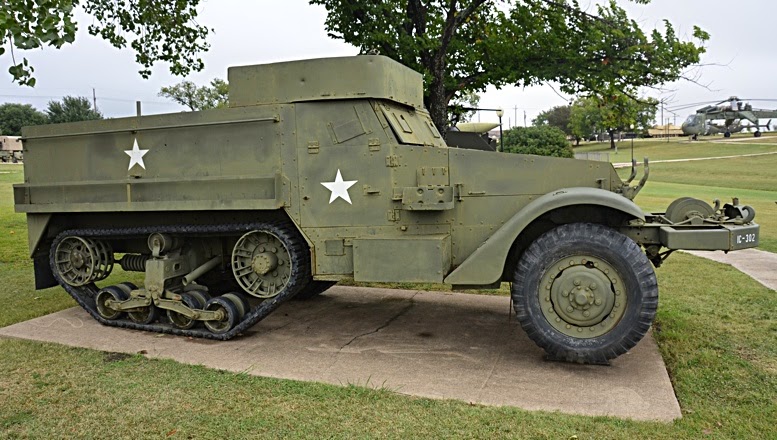 One of several Jeeps (below) in the collection, this is one of the earliest examples. 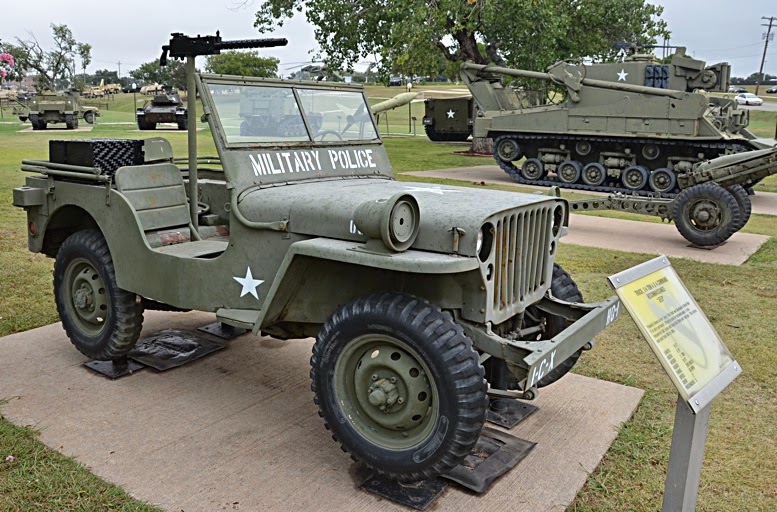 M8 Light Armored Car (below). A version without the turret has been made by Revell. 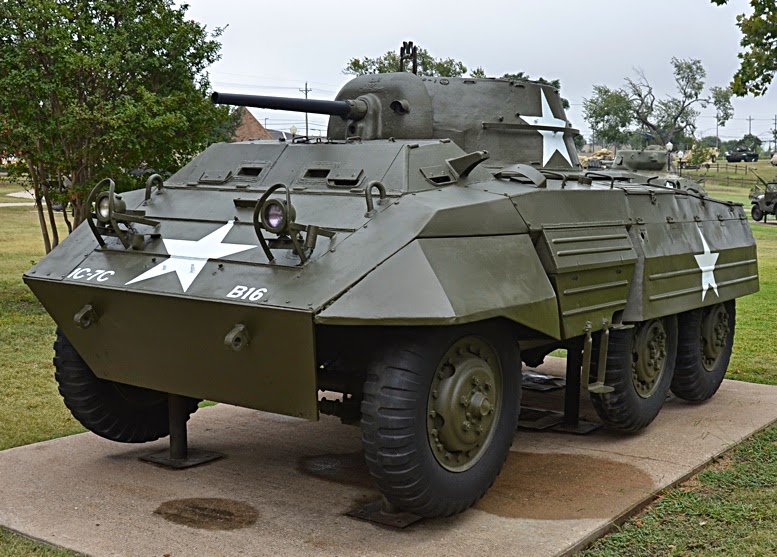 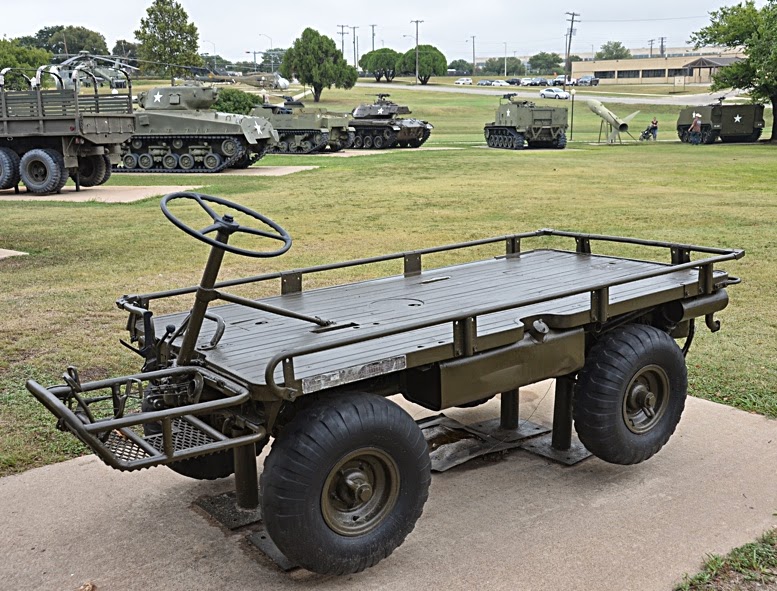 The M274 A1 Mechanical Mule (above, below) is available from Glencoe Models. The version shown here was designed to have the driver walking alongside, as demonstrated by your author. More sophisticated versions (as in the kit) had a seat. 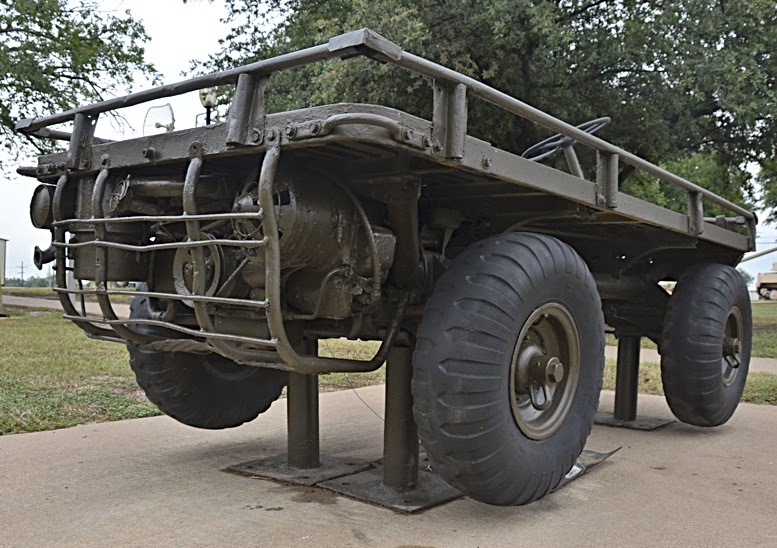 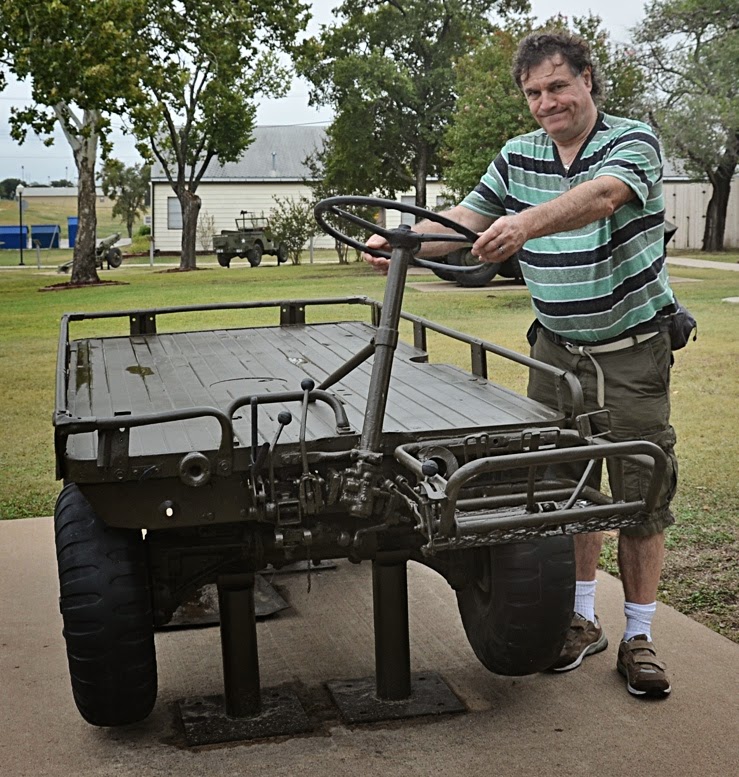 The M4 (below) was the most widely used battle tank used by the Allies in World War II, in all more than 49,000 being produced. The M4 was originally christened 'Sherman' by the British Army, the name then becoming an official designation. The tank was produced in many versions including this M4A3. 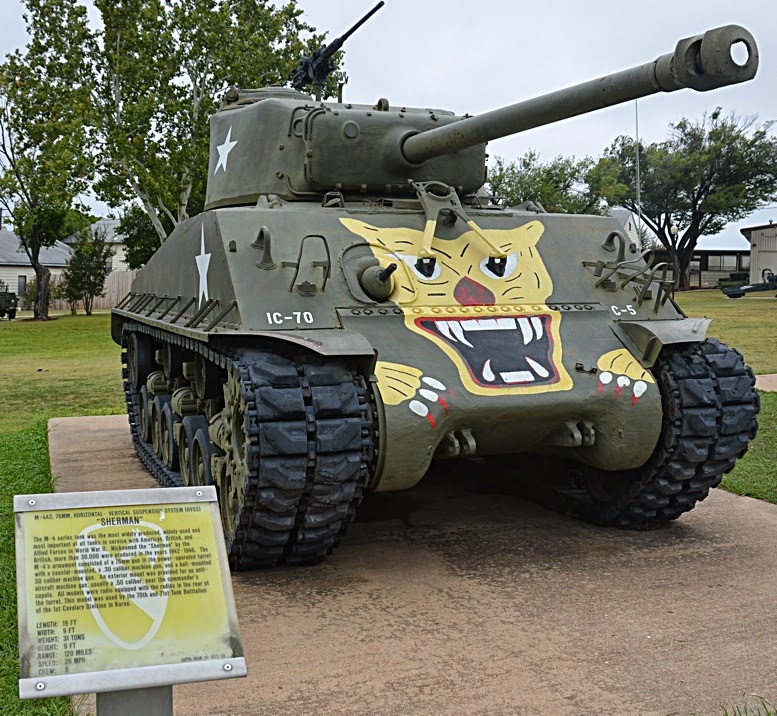 The M725 Ambulance (below) is one of several military vehicles that were based on the civil Jeep Gladiator truck. 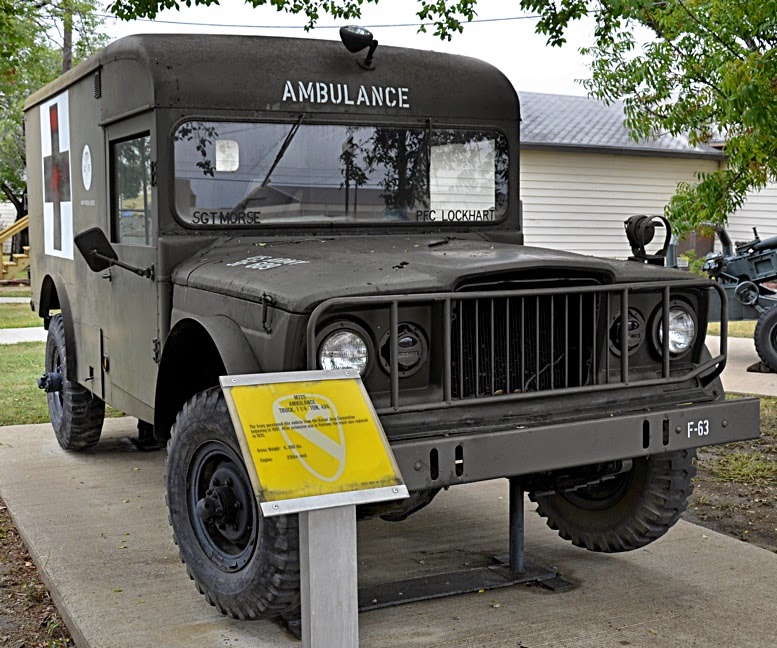 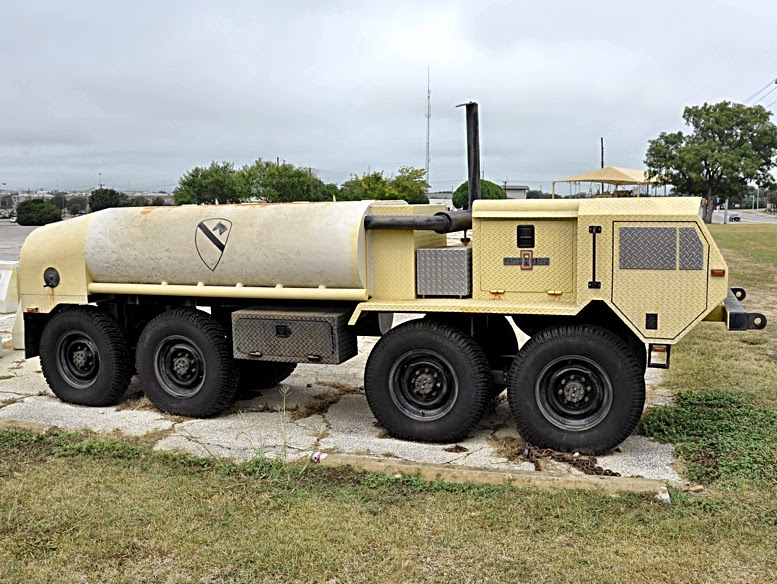 Never let it be said the US Army doesn’t have a sense of humour (above, below). This may look like a military vehicle, but is actually a mobile BBQ. 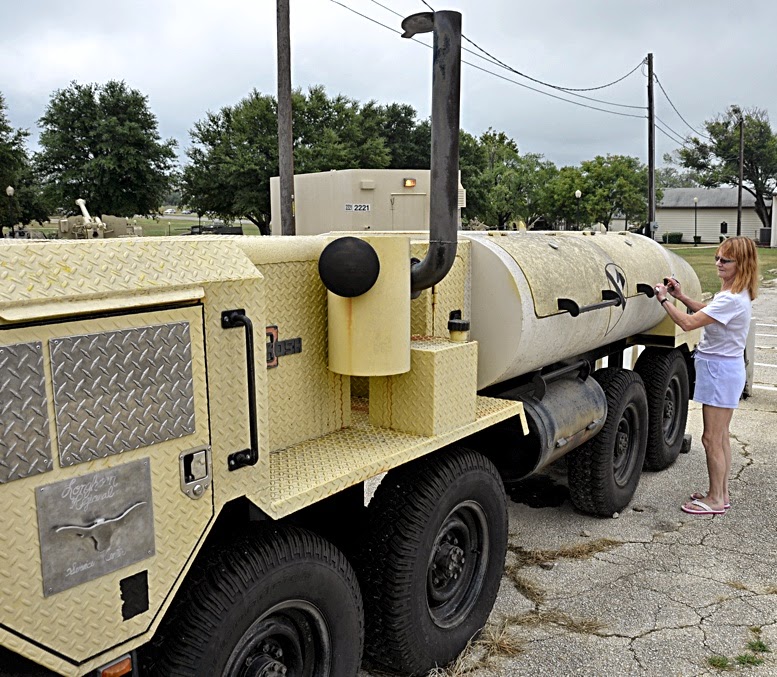 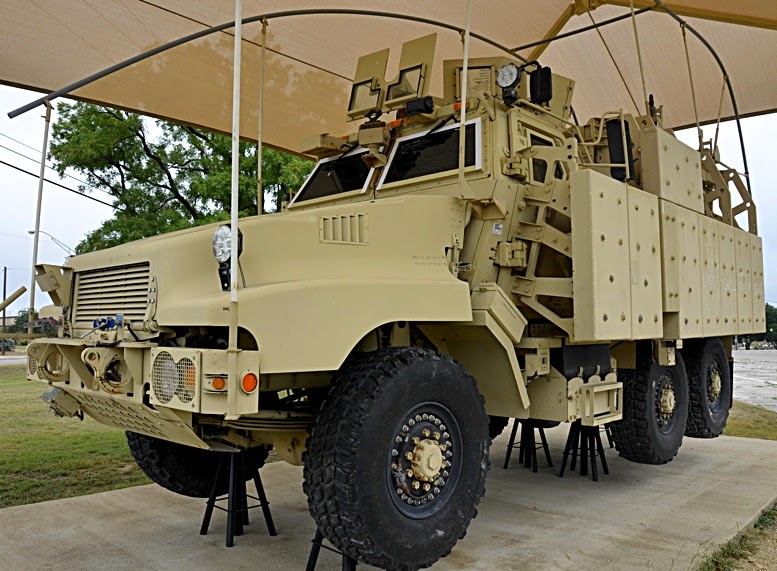 This BAE Caiman (above, below) Mine Resistant Ambush Protective vehicle (MRAP) was the last US vehicle to leave Iraq after eight years of war, in December, 2011. 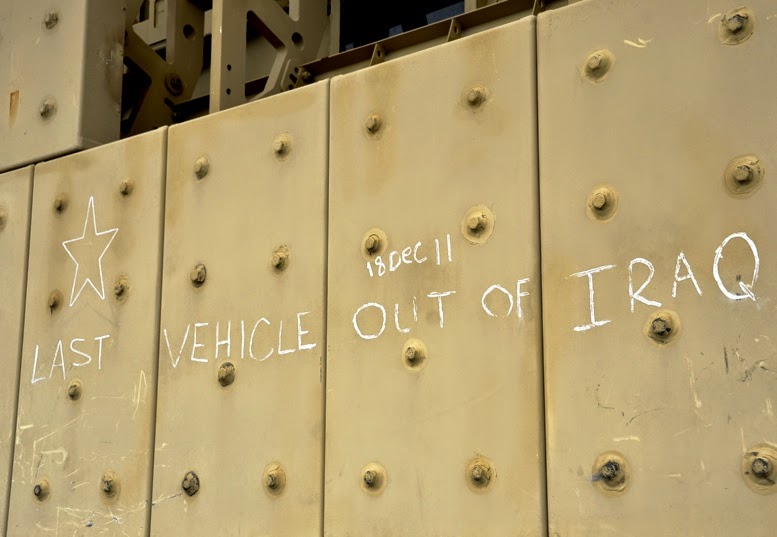