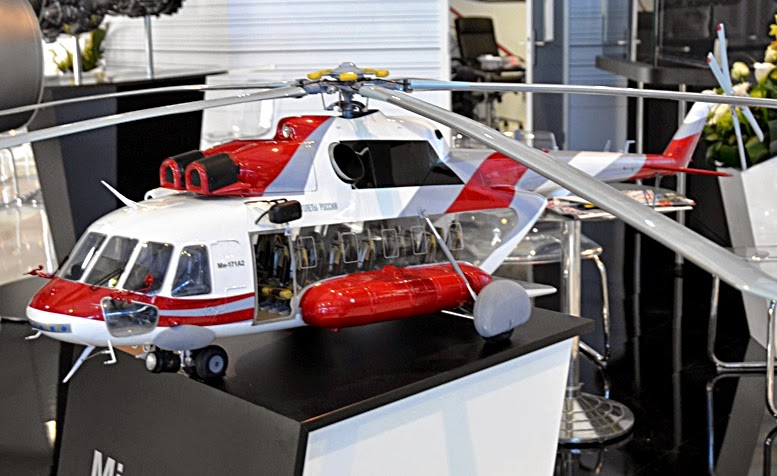 The primary reason for attending an air show is usually to gaze upward at the skies and see what aerobatic delights the organisers have put on for your delectation. But there is often much more to see…


Mat Irvine: But with shows such as the UK’s biennial Farnborough International Air Show, the air displays are only a small part of the action. Farnborough is a trade show first and foremost, and there are vast display halls, packed with products from aerospace companies from around the world. So between gazing up at the skies, you can wander around and see whet else there is on show.

One country that definitely knows how to display its wares in the form of models is Russia, and of these I thought the most interesting at Farnborough 2014 were the helicopters.

Companies such as Mil (Mil Moscow Helicopter Plant) and Kamov showed off intricately detailed models of their flying machines.

Three Mil helicopters (below) in the foreground, an Mi-24 heavy attack machine. Back left an Mi-8, back right, an Mi-28, both multi-purpose helos. 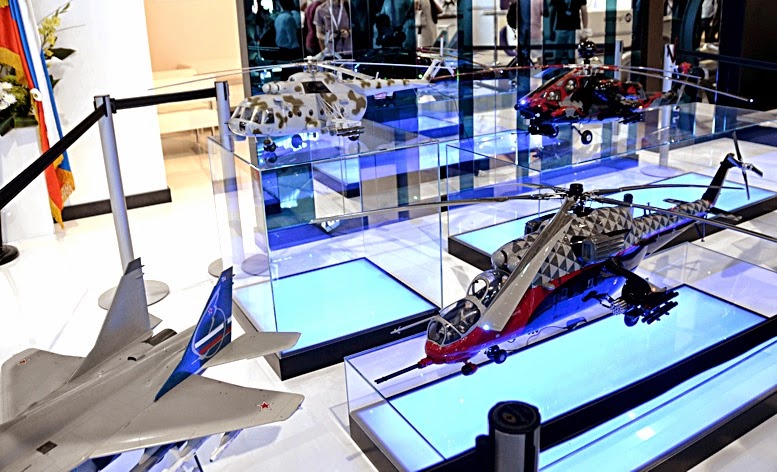 A plus for me is that being Russian, the designs often have a sort of 'Slavic look' that's very different to helicopters from Western manufacturers, even when choppers are built for similar tasks. 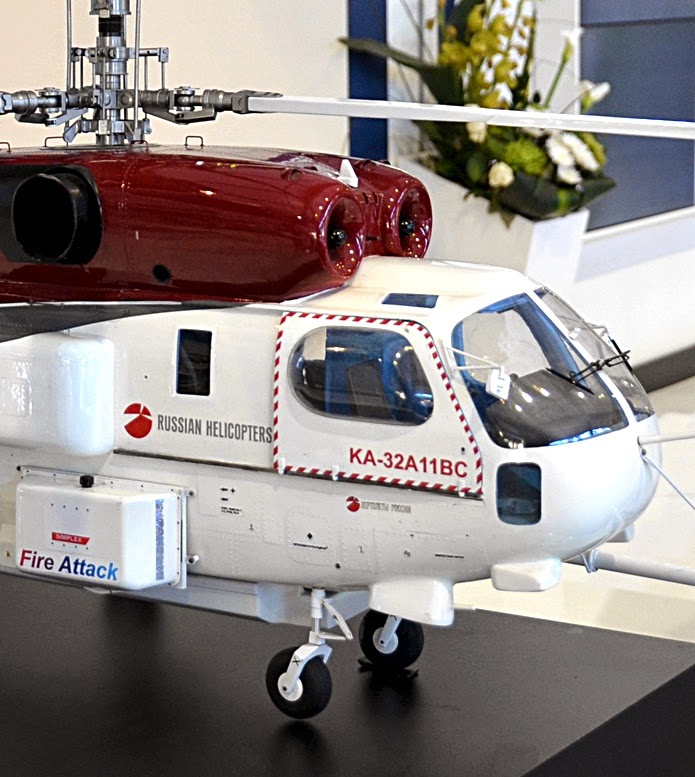 Above and below, the latest version of the Kamov Ka-32, a specialised Ka-32A Fire Attack version. 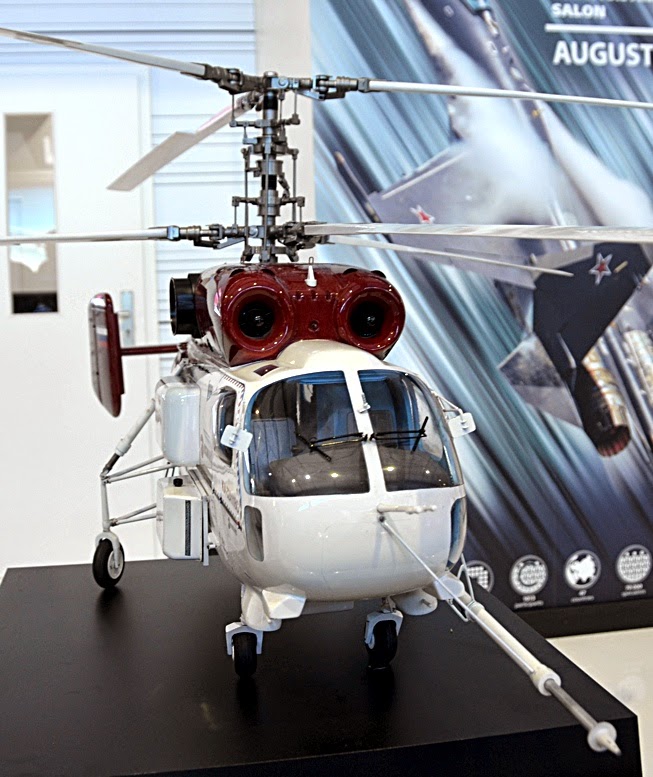 The model shows off the Ka-32A's contra-rotating blades well. They are designed to do away with the need for a tail rotor. 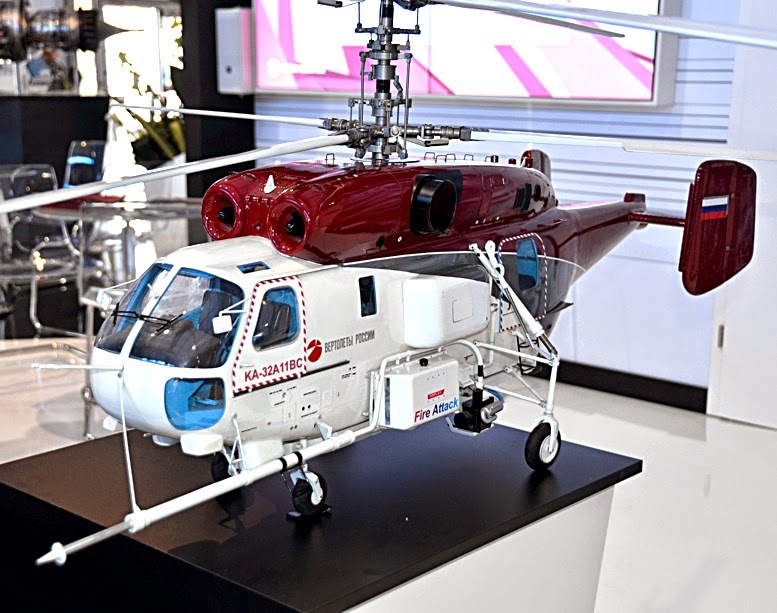 Mil Mi-8 (below) which does have a traditional helicopter design feature in the form of a three-bladed tail rotor. 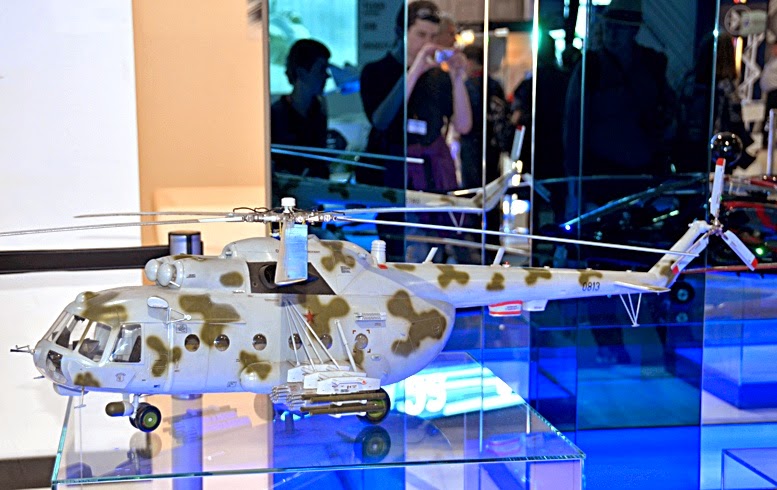 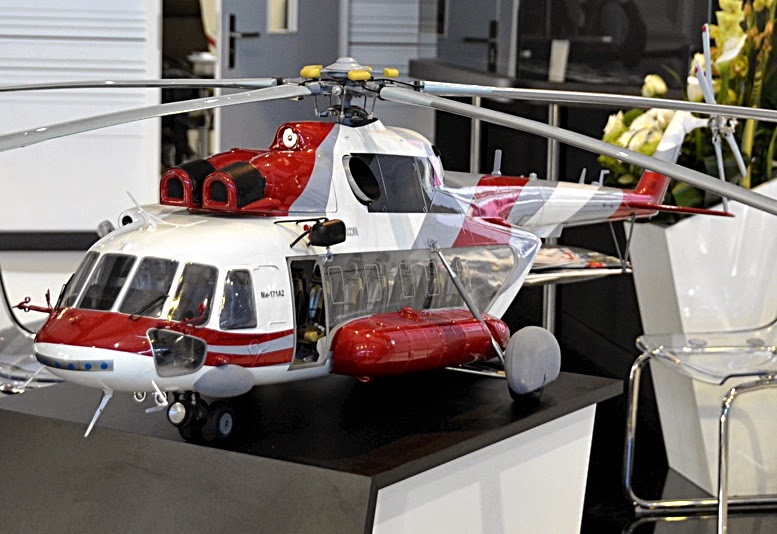 The Mi-17 passenger helicopter (above and below) is a civil version, developed from the military machine. 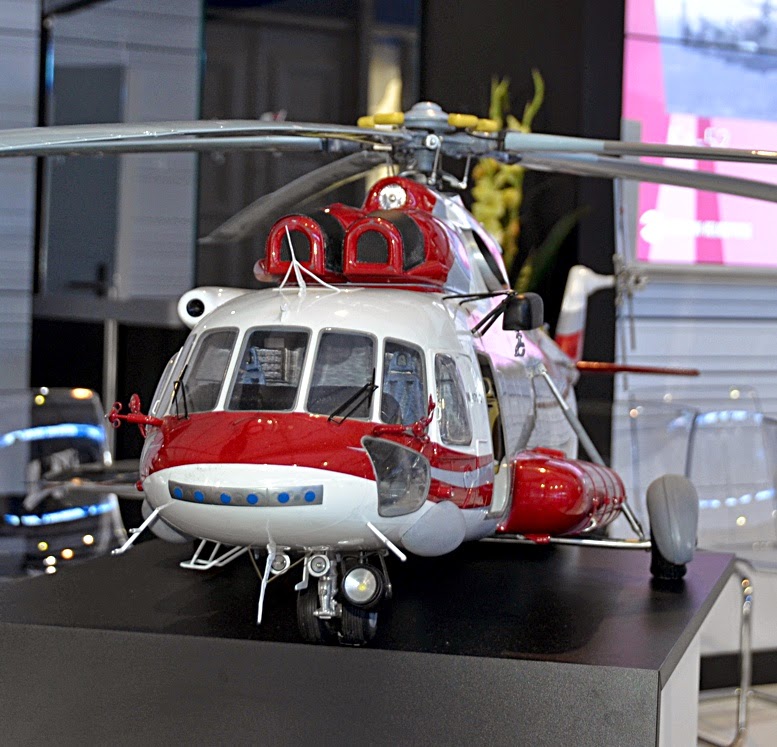