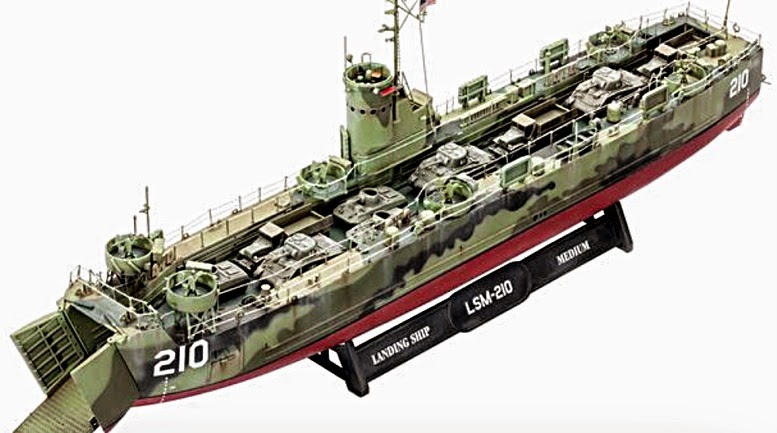 There’s a comprehensive list of goodies in this detailed kit, which assembles to a good size, some 443 mm (17.4 in) long. 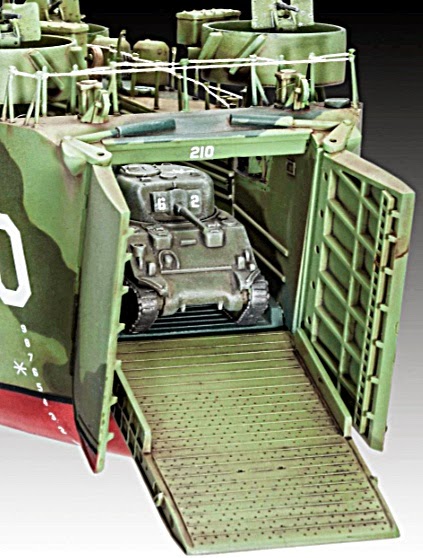 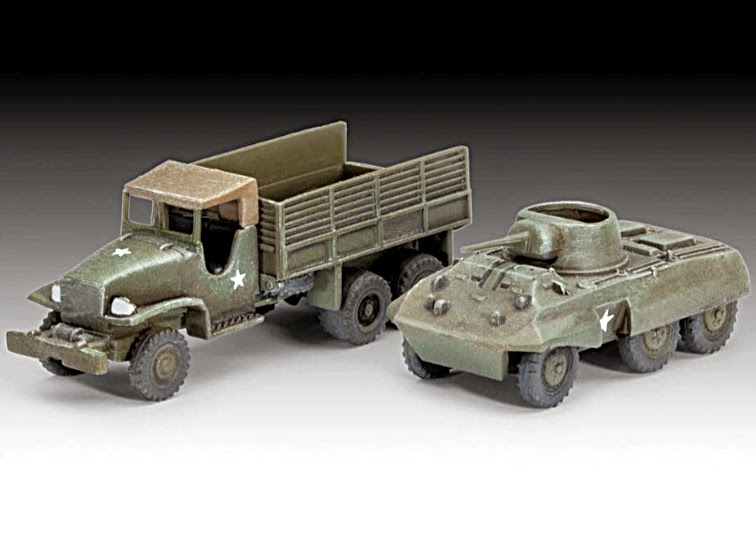 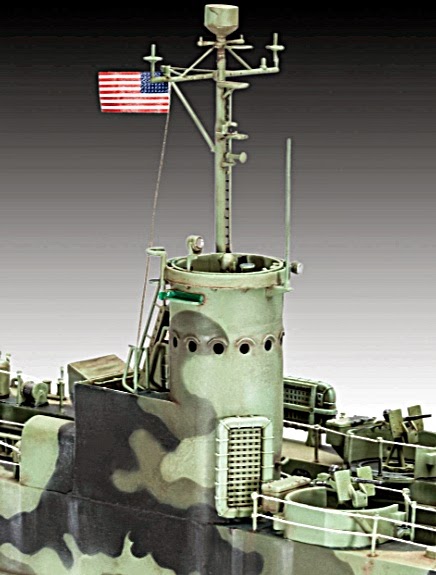 The real thing
US Landing Ships of the LSM-Class were used from mid-1944 in the Pacific theatre. More than 550 were built, and they were the main vessels used for landing troops and vehicles on enemy beaches.

The steel hull had nine watertight bulkheads, and an anchor was located at the stern, so an LSM could withdraw from a beach without assistance.

Armour-plate protected the superstructure against small arms fire, while for self-defence, early LSMs were armed mostly with six 20-mm Oerlikon cannon. The open cargo area extended almost the whole length of the ship.

By the end of World War II, nine LSMs had been lost, mostly because of kamikaze attacks. In the post-war years, some LSMs were transferred to NATO forces such as Germany. 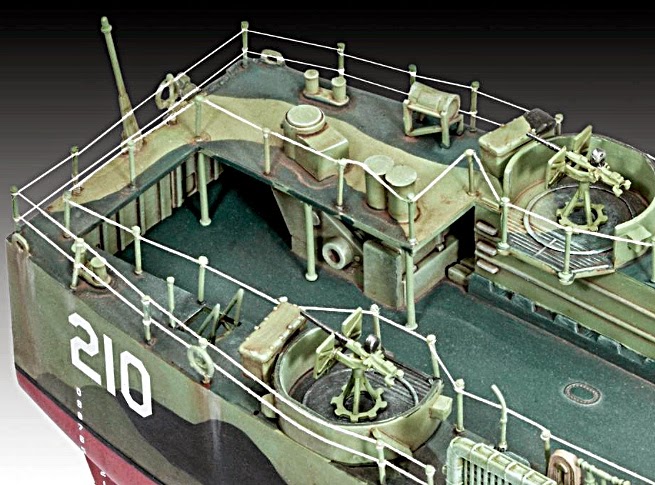 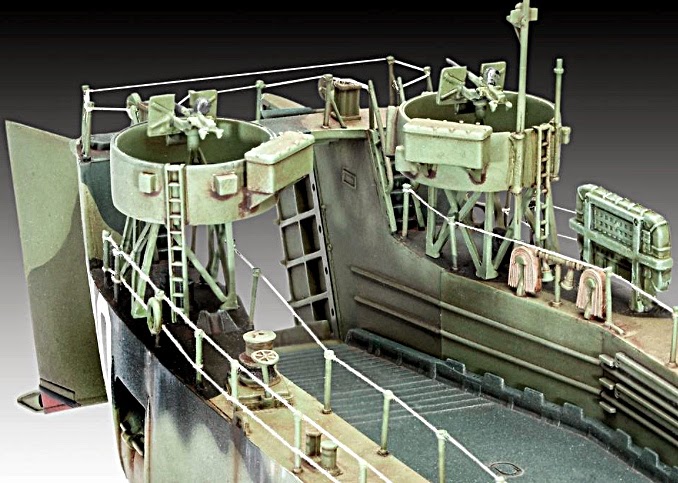 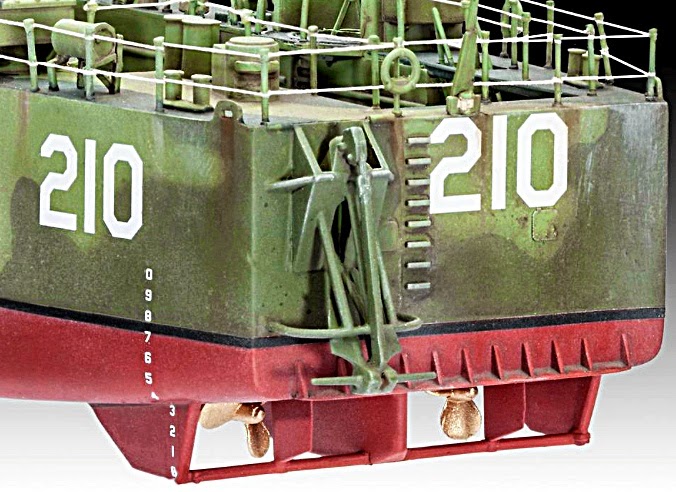 The Revell LSM would benefit from some crew, and at this scale you could take a look at Preiser figures. The NATO set contains plenty of busy humans, though they are not naval figures from this era. But at 1:144 scale, a full-grown Petty Officer is barely half an inch high, so a decent paint job should be all that's needed to create a convincing set of crewmen.