HO HO HO - ’TIS THE SEASON TO MAKE MODELS OF SANTA, AND TO WISH ALL OUR READERS A HAPPY CHRISTMAS AND SPLENDID FESTIVE BREAK HERE’S A QUESTION you could ask a fellow model maker: “Has there ever been a model kit made of Santa Claus?


Mat Irvine: Well, the answer to that innocent question is, “Yes, just one, with a couple of qualifications.”

The Japanese company KSN Midori made a motorized kit (header pic and below) of Santa and his sleigh, probably issued as early as 1963. It is an extremely rare kit, and even model expert and good friend of SMN, Andy Yanchus, admits he has seen only one image of the box-art, and he can’t recall where that came from. 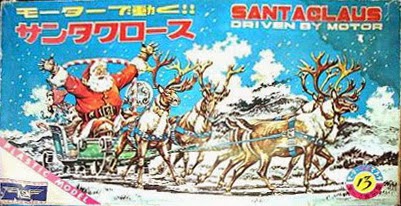 I asked French expert JC Carbonel for his opinion, and he found more images of the Midori kit, including those shown below. But there is not much solid information. It seems that while the kit definitely existed, none of us have ever seen one 'in the plastic.' 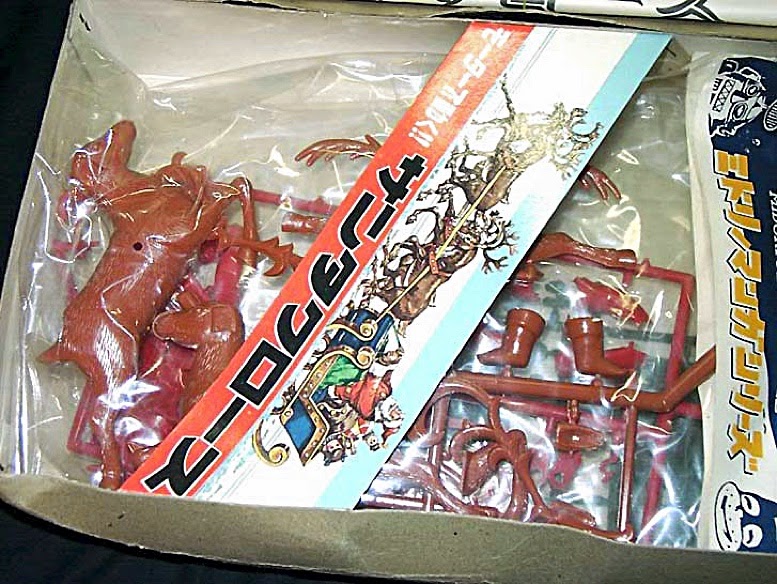 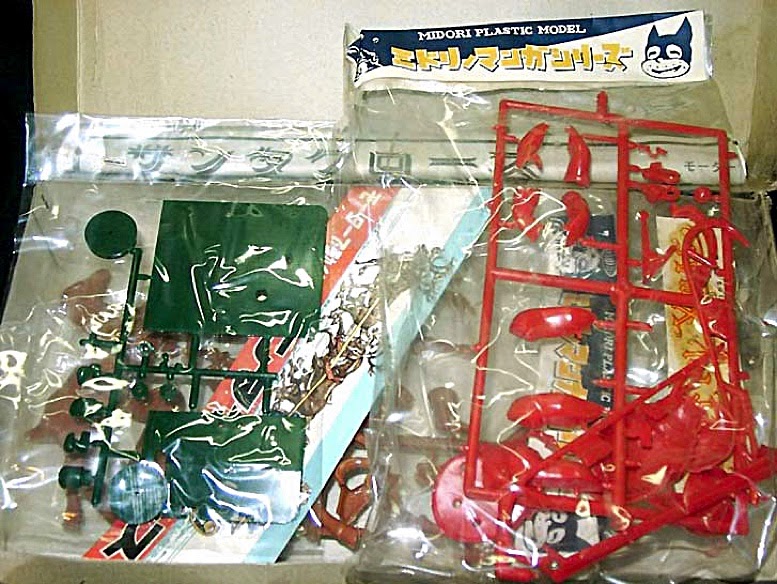 Which is echoed by the instruction sheet (below). You have a choice of eight reindeer to choose from, nine if you include Rudolf. Actually, if you could get hold of the kit, he'd be the best choice, as the finished model could then benefit from the addition of a modern piece of technology, a red LED light-up nose. 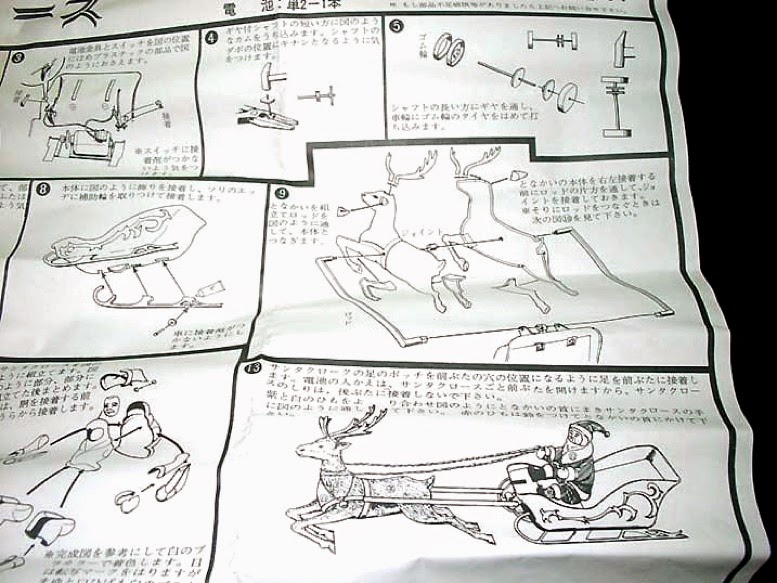 A few other Christmas-related models do come to mind. The doyen of car modelling figures, Jimmy Flintstone, makes a rather nice resin figure of a traditional-style Santa Claus, while Hallmark makes a wide range of multinational Santas in its Christmas tree ornament range.

The latter are not kits in the conventional sense, though I have used them as props for my own Christmas cards. There are also some paper kits of Santa and his sleigh available to download on the Internet.

But, given the huge, worldwide scale of Christmas celebrations - including many non-Christian countries - there is a paucity of choice, and the kits shown here are, oddly, about it.

The car (below) is the hot rod version of MPC’s Beverly Hillbillies Oldsmobile pickup truck, perhaps a suitable mode of transport for Santa if he ever puts his reindeer out to graze. 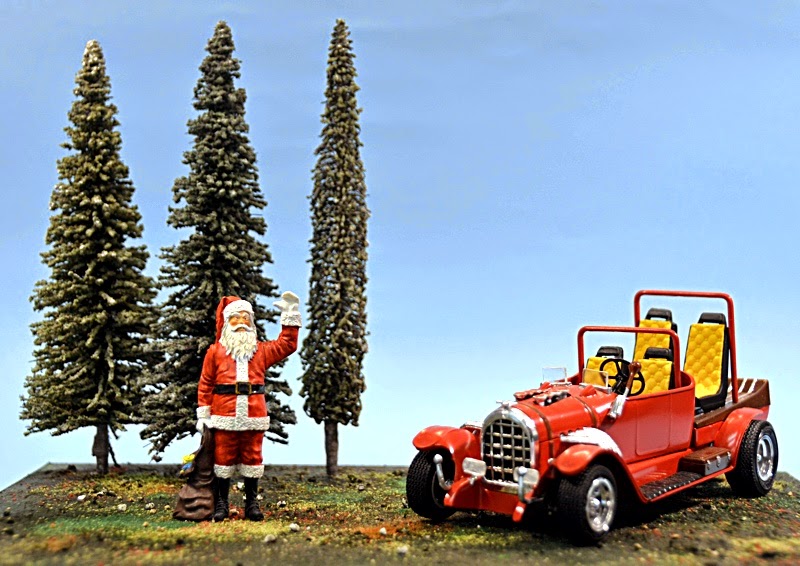 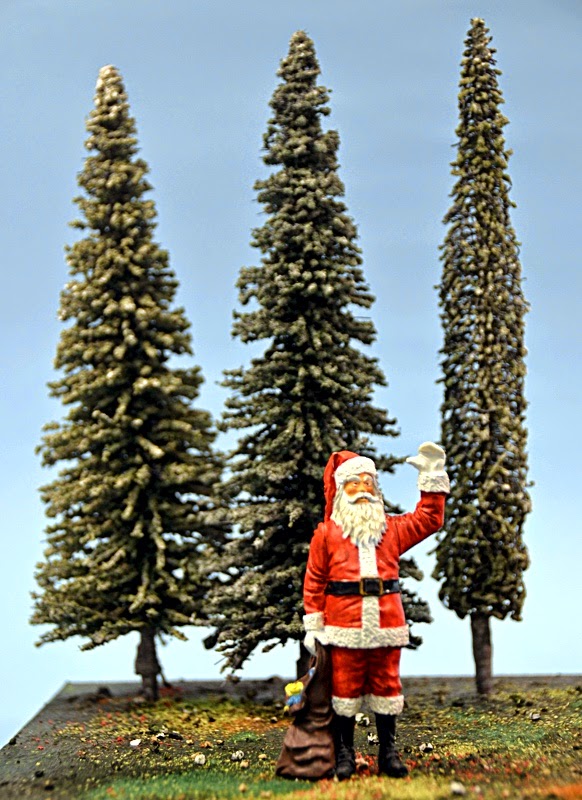 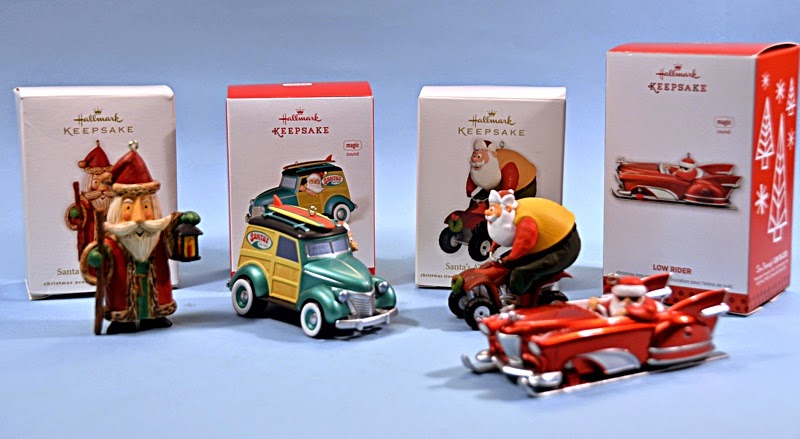 Some of the images (below) that I have created for Christmas cards over the years. Most are traditional in subject matter, though this year I took a slightly different approach. In 2014, Santa goes surfing, his Hallmark ornament vehicle playing a snatch of Surfin’ Safari by The Beach Boys. 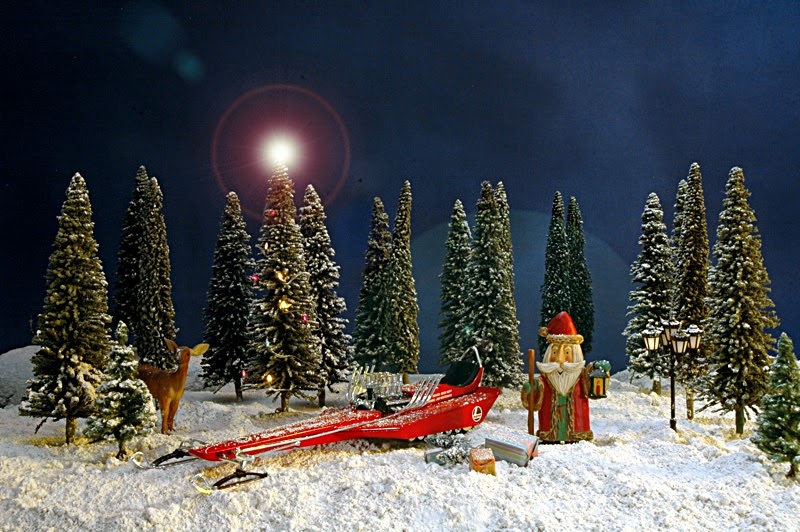 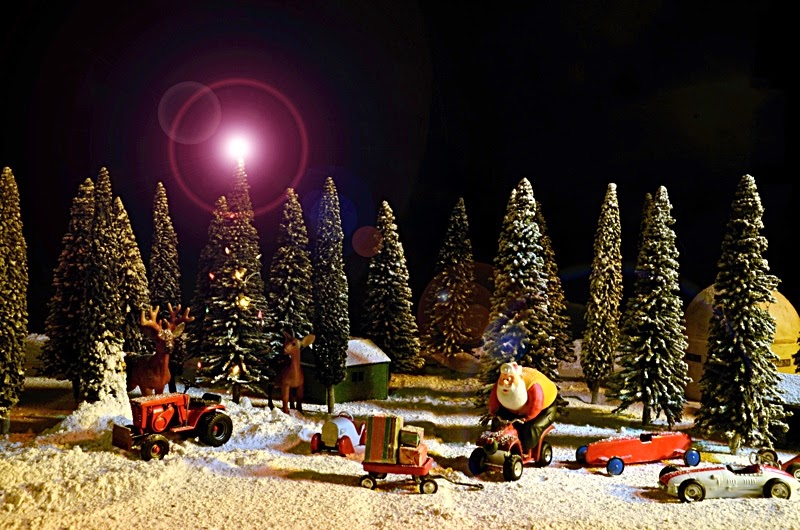 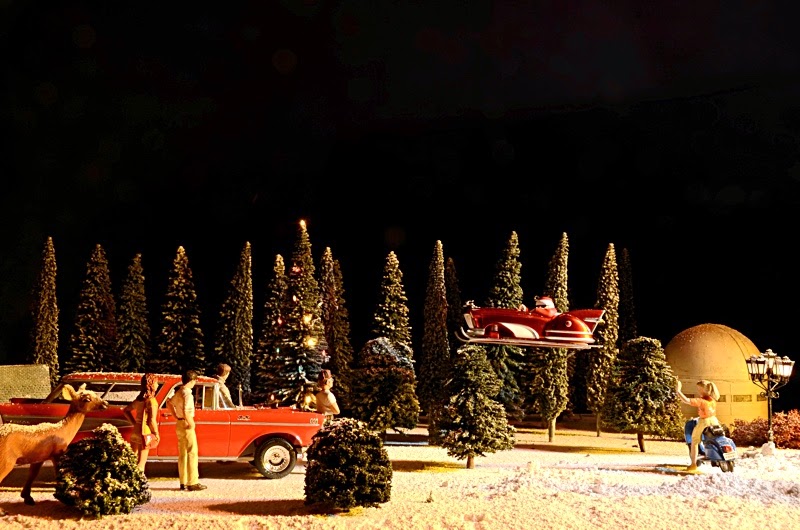 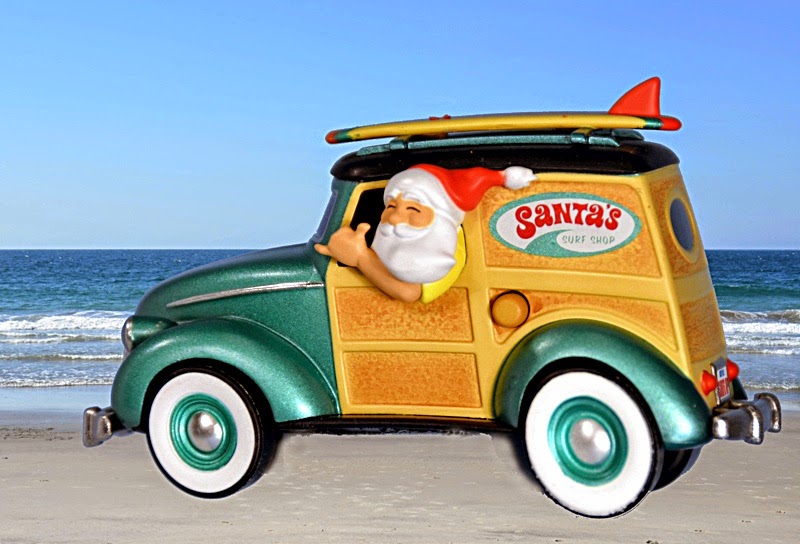 This year's Hallmark ornament (above) and (below) with text added for my finished card. And last, but definitely not least:
Best Wishes and Season’s Greetings To All Our Readers.