I'VE JUST SEEN A GHOST! THE PHANTOM MUSTANG FLIES IN FROM MONOGRAM 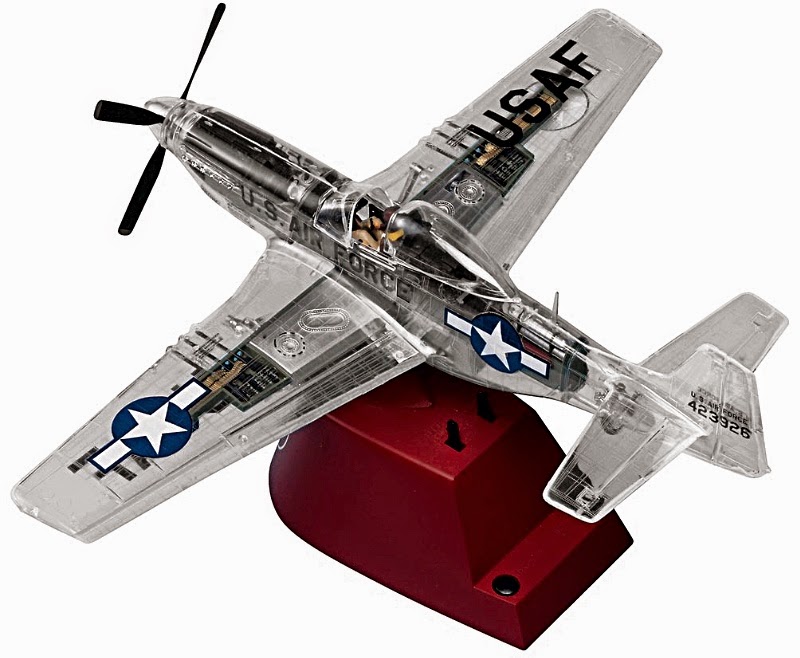 BACK WHEN 1:32 SCALE seemed an enormous model aircraft scale, the Monogram P-51D Phantom Mustang offered a truly unique extra, apart from sheer size - and that was in being transparent.

The return of the Phantom Mustang is very welcome, especially for anyone (such as this writer) who could not afford to buy one out of meagre childhood pocket money when the kit was new. 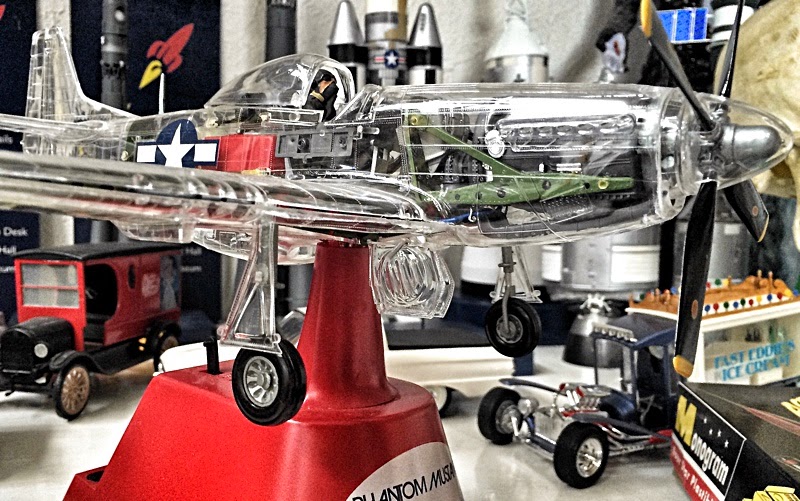 The famed Phantom Mustang from Monogram is one of the all-time classic construction kits, now being re-released. The kit is essentially a see-inside technical layout version of a P-51D, complete with working components such as a motorized four-blade prop, retractable landing gear, and a pair of underwing bombs that can be released. 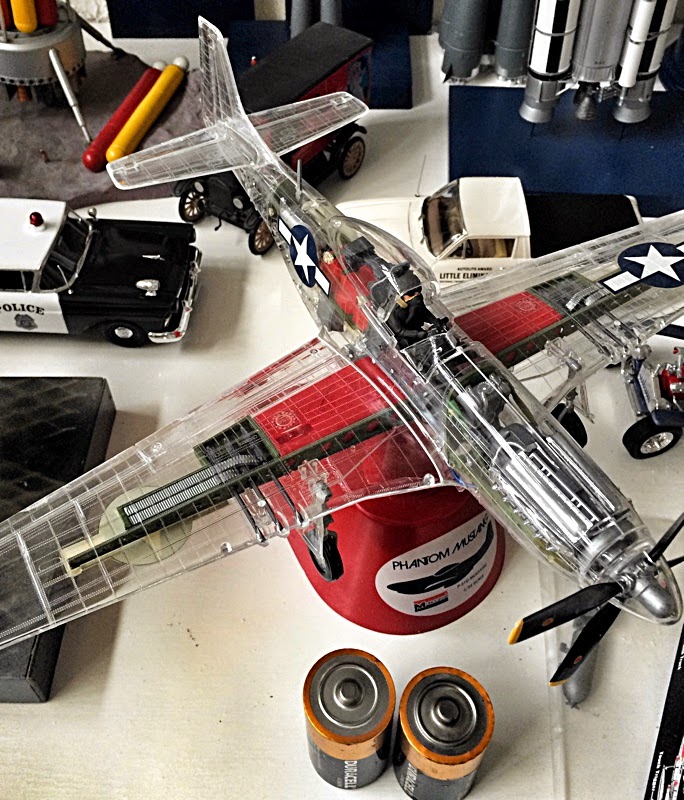 Inside the transparent plastic skin, you can see the Rolls-Royce Merlin piston engine, machine guns, fuel tanks and other interior details. The Phantom Mustang is powered by a set of batteries housed inside the chunky stand, which also mounts the controls for the working parts.

The 1:32 scale Phantom Mustang is a Selected Subjects Program (SSP) release, and is labelled as ‘Limited Production - One-time offering’ words that we interpret as, ‘If you want one, order now.’

Here are three varieties of box top (below) we've seen over the years. Graphic preference is personal, but our choice is definitely with the retro-classic look of the older designs. 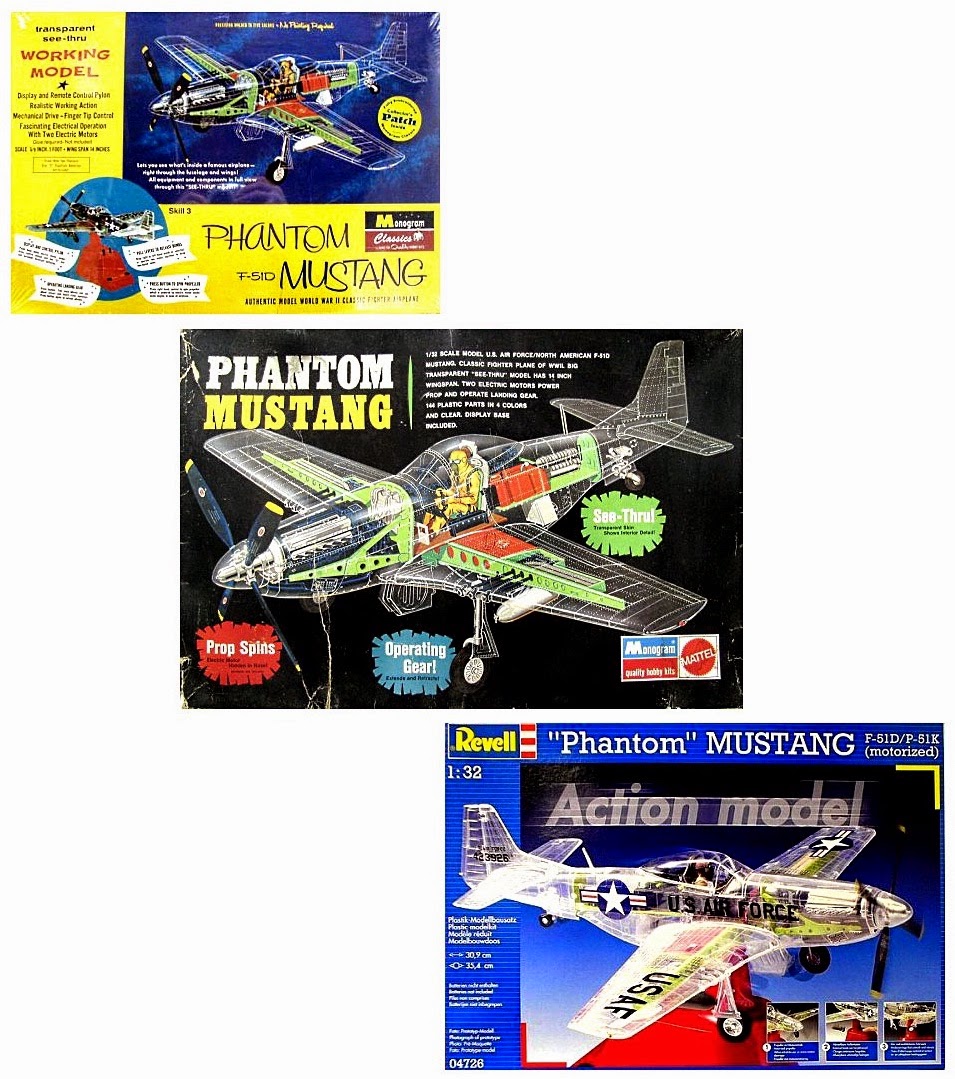 The Monogram Phantom Mustang will be in stores soon. Meantime, here are some non-ghostly Mustangs (ads below) on sale now. Note the big-time 1:24 scale Airfix kit, still something of a record breaker where P-51D models are concerned. The Tamiya kit takes our star rating for the best available in 1:48 scale.