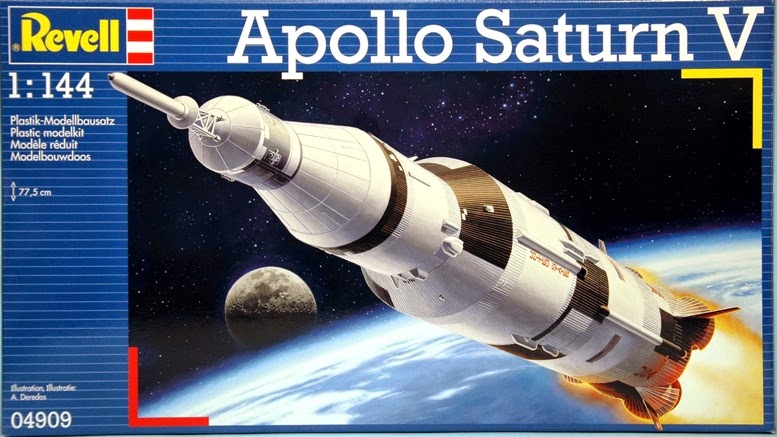 THE 1:144 SCALE REVELL SATURN V is a reissue of a kit first produced by Monogram in 1968, released just as the giant rocket was making its first flights.


Mat Irvine: The Revell Saturn V is identical to the original kit, so has the same minor faults, but still makes up into an impressive model. It can be compared to the similar Airfix 1:144 scale kit (for which I admit to some connection) in that the Airfix version has had the upper Apollo stage corrected. All the original Saturn V kits had inaccuracies of one sort or another, from the giant 1:96 scale Revell down to the 1:200 AMT, and two 1:144s. To date, only the Airfix kit has been corrected.

This new Revell issue has one advantage in that the conical section above the third stage has four separate panels that can open out, allowing the Lunar Module (LM) to be seen inside. The painting instructions are slightly off, as they show a black ring around the S-1C stage - for manned flights, the ring wasn’t there. However, the box-art does show it correctly.

The box-art for this latest Revell-Germany reissue (header) has a painting which is basically correct, but note that the location is wrongly depicted. Given the view of the Earth, stages one and two would have been jettisoned by now, as would the Launch Escape System and the Boost Protective Cover over the Command Module.

The box-art is also correct in that ‘USA’ is not shown on the third stage. Decals are provided for this, but the best thing to do is just leave them off. It’s also worth noting that the decal lettering is now back to the correct shade of red. The previous Rocket Heroes release from Revell-Monogram had them printed in black, though how the error slipped through is a mystery.

Components (below) are moulded in white and silver-grey. The base (top centre below) in most previous issues has been separately moulded in yellow, but if you want this option, there’s always the possibility of spraying it with paint! 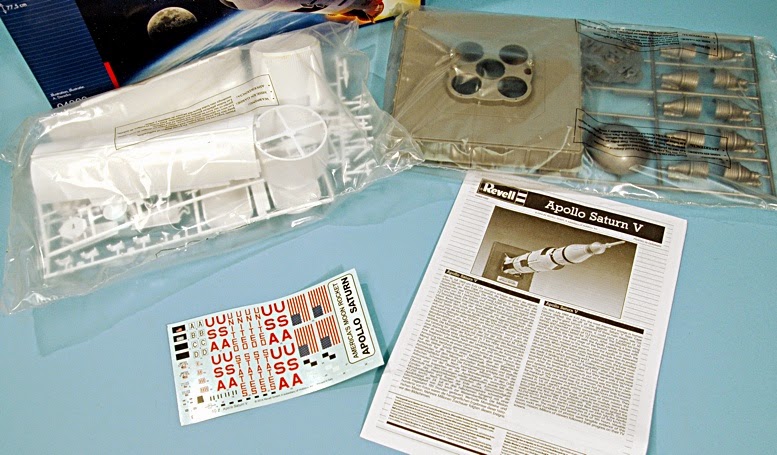 The box-art shows the correct pattern for the Service Module (SM) in its Block II form for manned flights, though the kit has parts for the original Block I radiator pattern. The 'UNITED STATES' decal lettering for the SM is correct, though the curved letters intended for the Command Module (CM) are not necessary.

Decal sheet (below top) for the new kit. An older Monogram decal sheet is shown (middle) while (bottom) is the set that came with the previous Rocket Heroes issue, with main lettering wrongly printed in black. 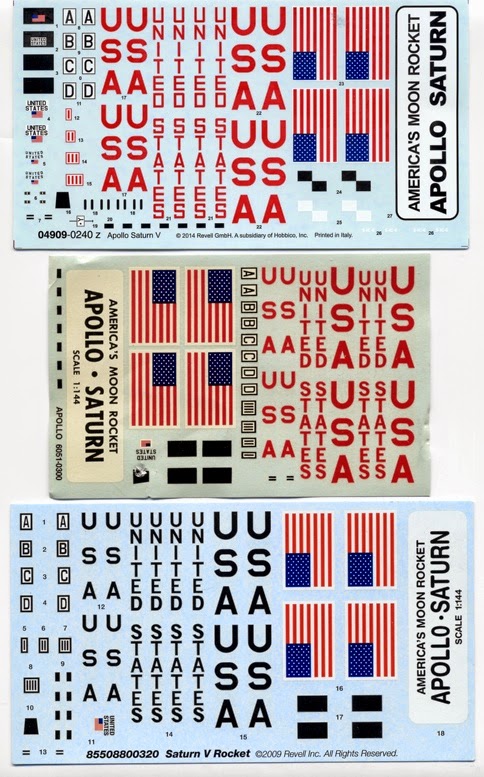 At the base of the model, the lower edges of the first stage F-1 engine fairings are silver, as shown, but the whole of the fins should also be silver, whereas the paint layout shows only the lower edges in this colour.

For more details, click here to see my SMN piece on the Airfix Saturn V. This has the correct colours.

Finally, a neat detail supplied in this Revell-Germany kit is a trio of maintenance figures. They are intended to stand on the base, a position that gives an excellent sense of scale. However, I trust they will be able move out of the way before the engines fire… 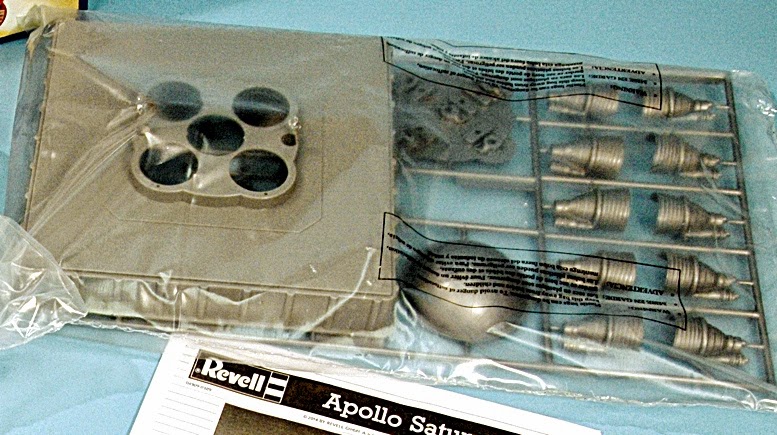