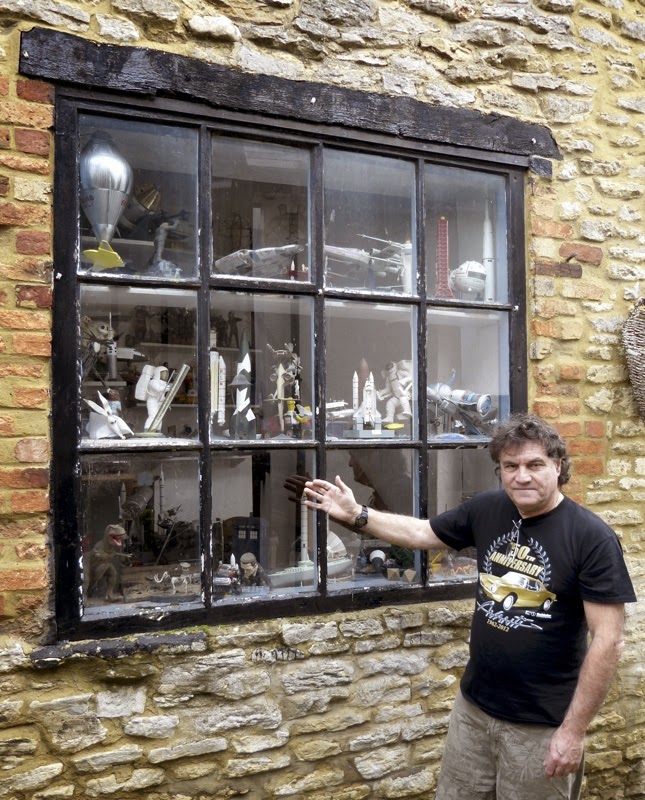 WE TOOK A LOOK through the window of Mat Irvine's 'Marvellous Model Museum' recently, and here are just a few of the pre-Christmas miniatures we saw there.

Here's a 1:25 scale Ford Thunderbird (below) a retro-future automobile that was produced in full-size form from 2002-2005. The model itself reflects the rounded, even somewhat portly lines of the original, with an excellent rendering of the egg-crate grille. 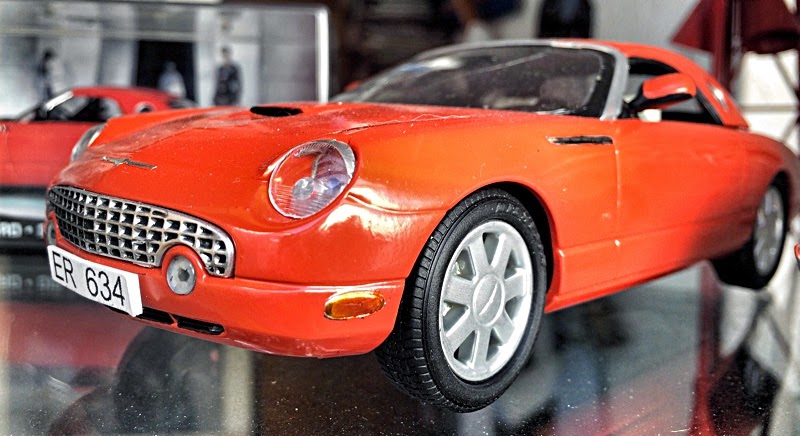 Below, the T-Bird is joined by another Ford, the Falcon. Read more about the retro T-Bird at SMN here. 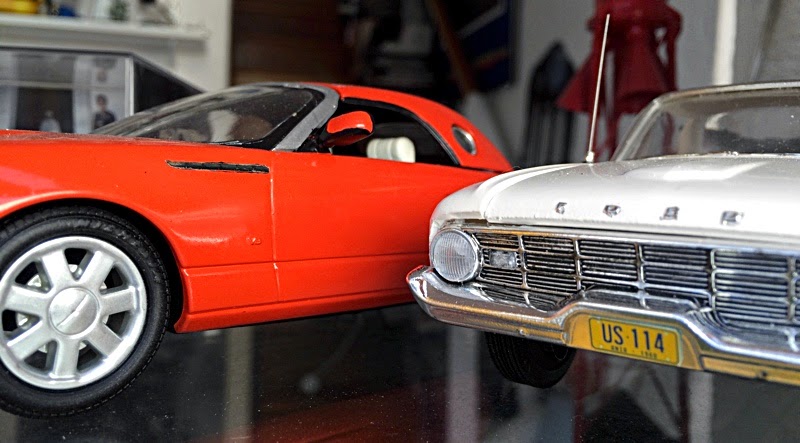 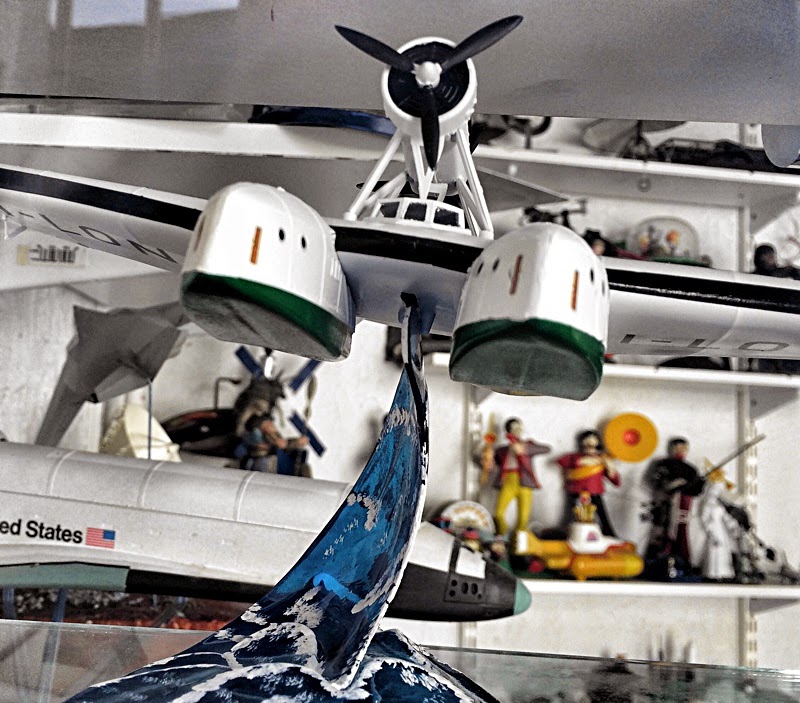 Into the air (above, below) with a 1:96 scale rendering of the famed Italian Savoia-Marchetti SM-55 twin-hull flying boat, one of a fleet that was flown across the Atlantic in the 1930s, under the command of Italo Balbo. It's a neat model, with a splendid stand, finished off nicely by Mat's nautical-look paint job. 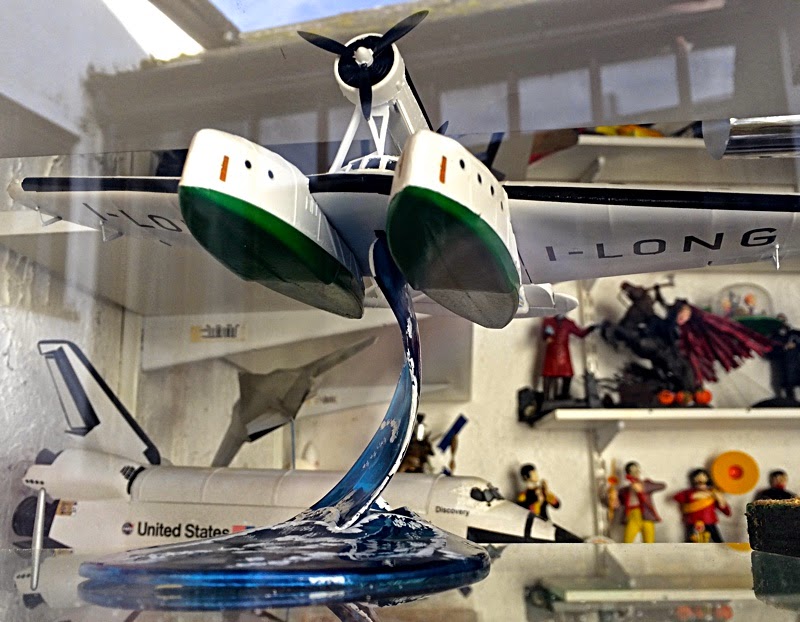 Radioactive death stands at the ready (below) with a 1:144 scale kit based on the missiles of the Cold War era. The US arsenal stands at left, matched by the heavyweight designs of the Soviet Union. 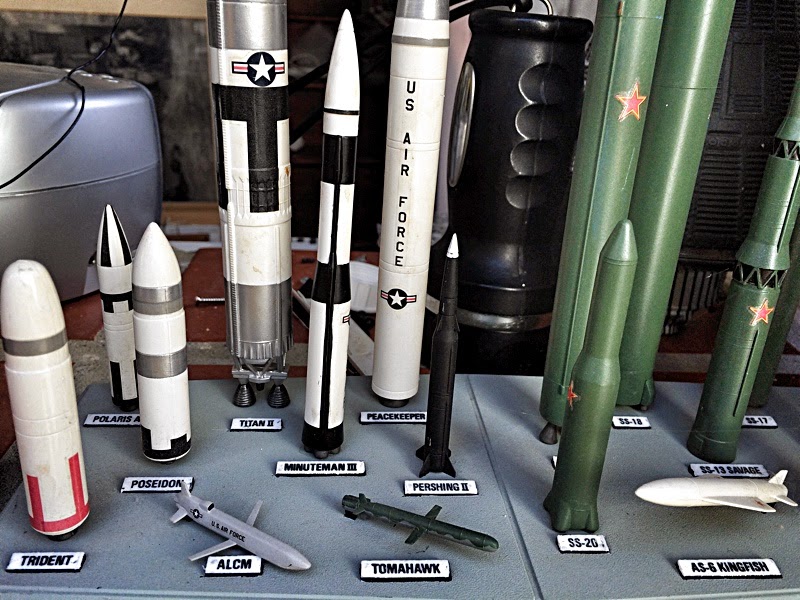 Here's a peacetime theme (below) in the form of a cute 1:24 scale 'Depth Charger' custom car. It's a pity that the water level shown in the porthole matches the angle of the vehicle, rather than that of the ground, though. 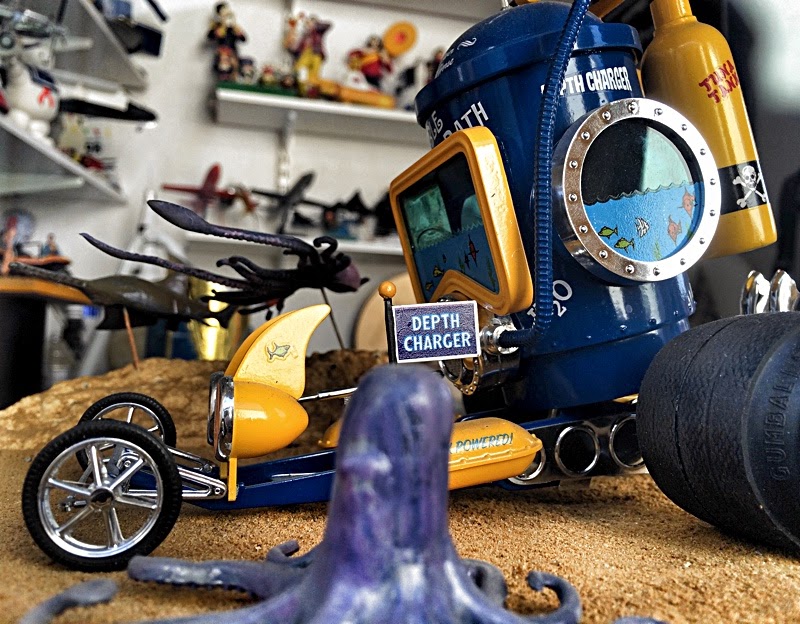 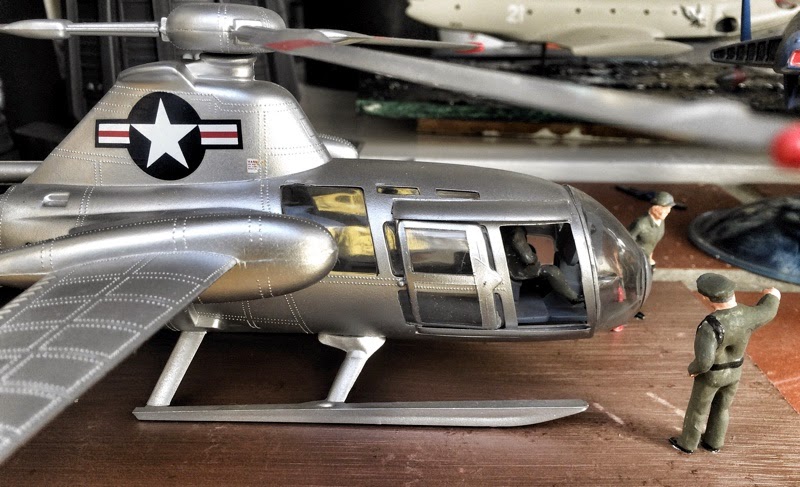 This is a 1:32 scale model of the McDonnell XV-1 Convertiplane (above, below) a full-size design that came complete with pusher-prop, wings, and rotors. However, it's not likely that any real ground crew had big holes in their backs. For that issue, we can blame plastic moulding problems. 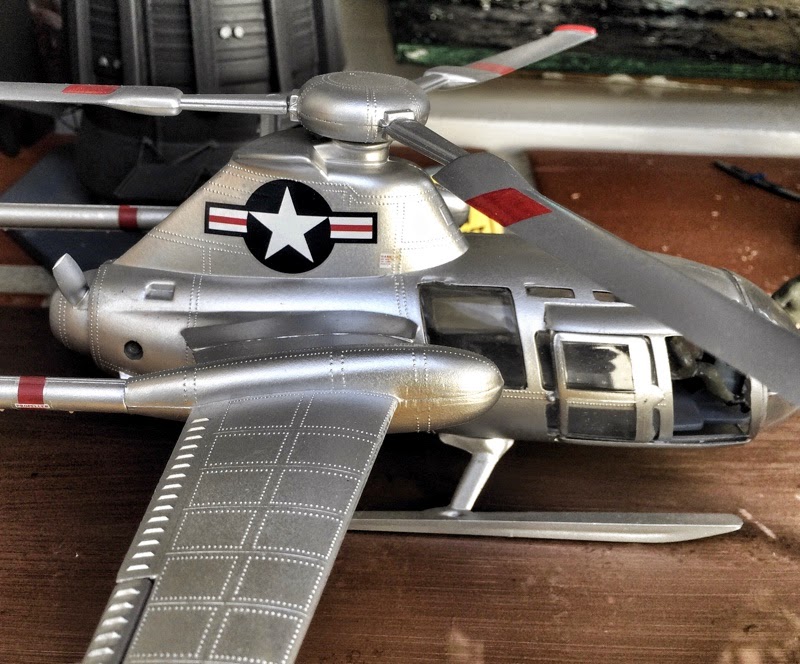 Last but not least, a 1:25 scale Revell-Germany model of a TV-style CSI detective breaks cover, with a GM Hummer parked behind him. Cool or what?! SMN article here. 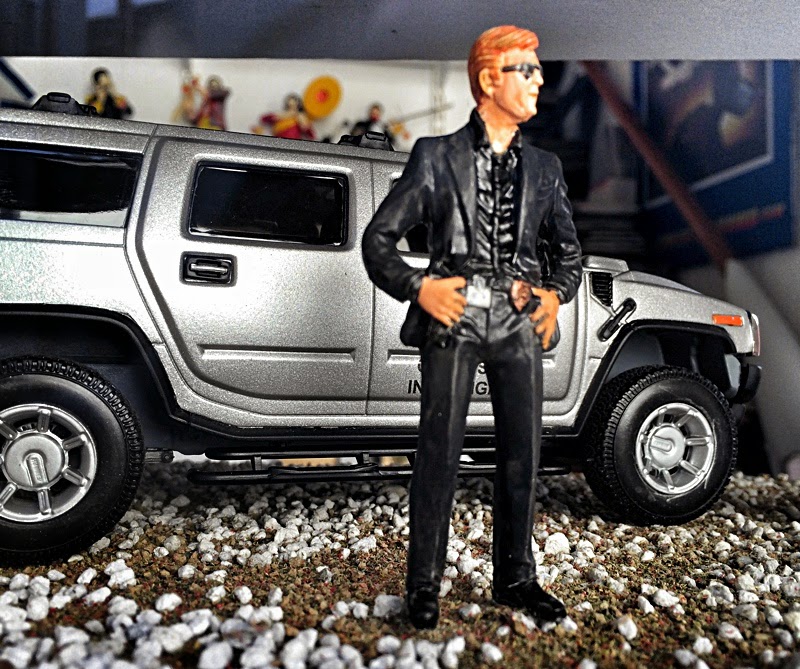