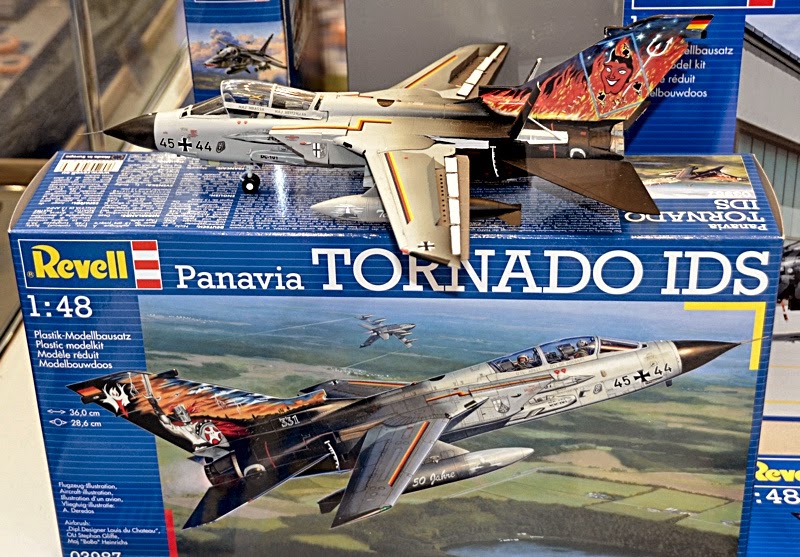 Although now a part of the overall Revell brand within US-based owner Hobbico, Revell Germany still continues to produce its own particular ranges, targeted at the European market. Typical of these is the Panavia Tornado swing-wing strike aircraft, currently in use by three Euro air arms, plus Saudi Arabia. 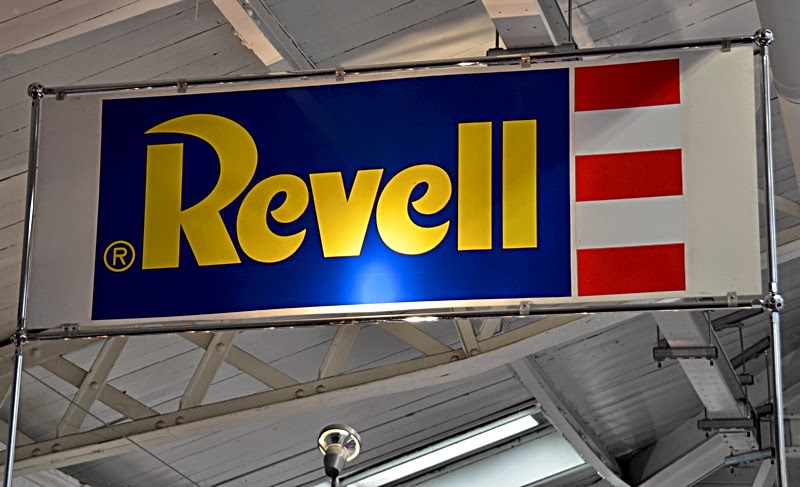 Mat Irvine: This big Revell sign welcomed visitors to the stand at the London Toy Fair 2015. Among the goodies on show was the 1:48 scale Panavia Tornado (header) which is presented in a highly decorated version, with decals to commemorate the 50th Anniversary of the Luftwaffe 33 Wing. It's good to see the widely-used Tornado in this largish scale.

The venerable Monogram 1:48 Catalina (below) is still doing the rounds. It remains a good basic kit, and can look very impressive when assembled, especially if presented on a well-made section of ocean surface. 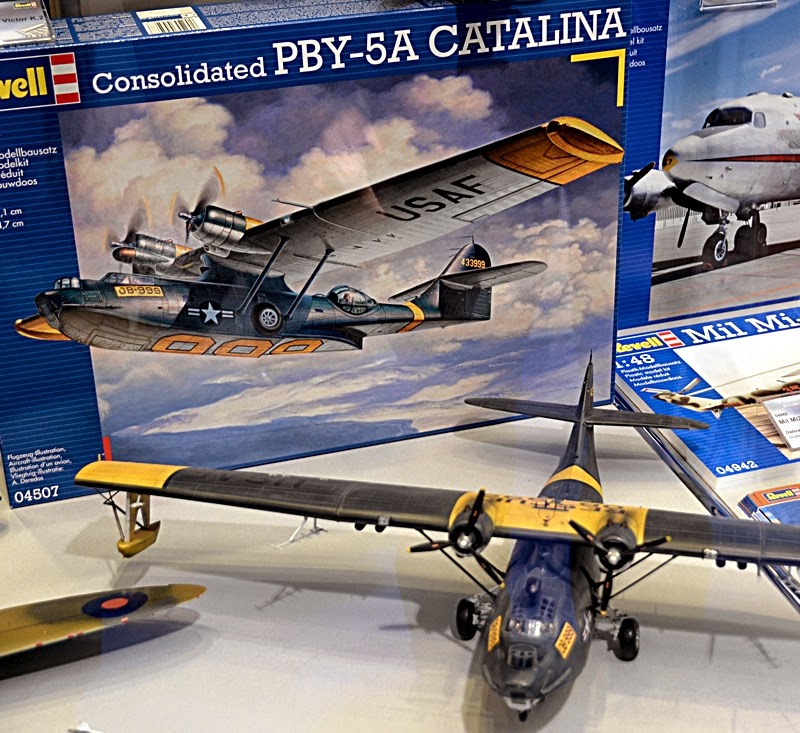 Brand-new tooling for the 1:32 scale Focke-Wulf Fw190 F-8. Despite its large size, the Fw190 comes with a stand, unusual for this scale. 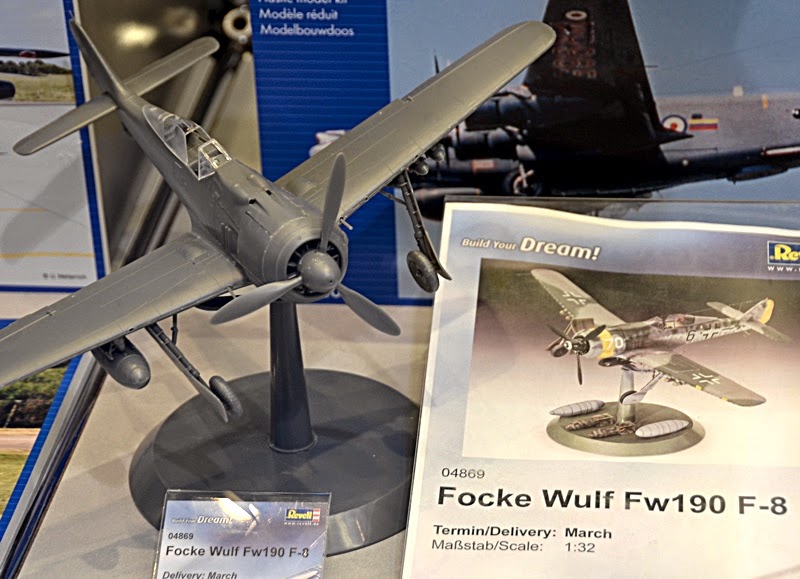 Still the only supersonic jet to have successfully seen airline service, the shapely Concorde is shown here in British Airways markings. But it's the scale that's important - to 1:72 scale, the Revell Concorde can be displayed next to a galaxy of other aircraft models.

Another big jet to 1:72 scale, the Revell Handley-Page Victor (below) is a reissue of the original Matchbox kit. It's still a good basis for an attractive model, and this view shows off many details, the 'Kuchmann carrots' in particular. These were pod-like trailing-edge wing fairings, designed to reduce drag. Note too, the detailed air brakes at the tail. 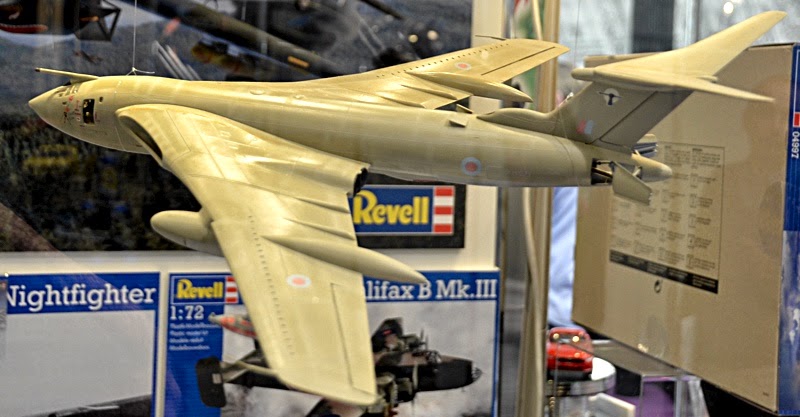 A new kit (below) of the Douglas C-54 Skymaster in 1:72 scale. For prop-liner lovers, this is a tempting kit that should prove very popular. 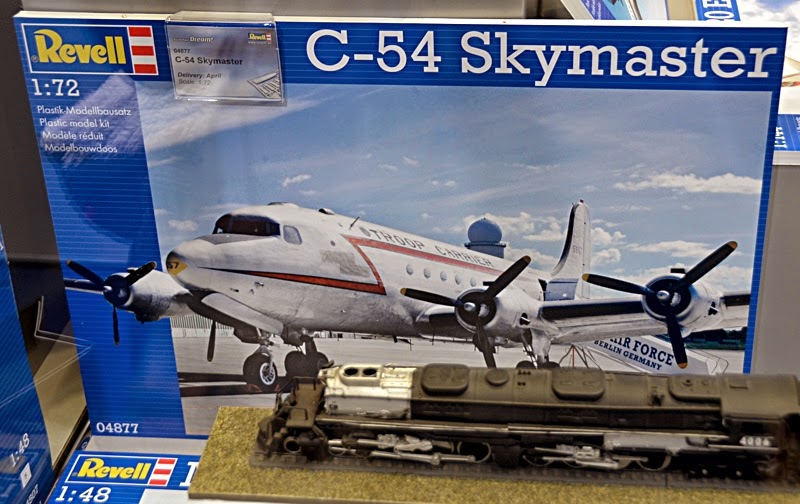 For airline modellers (below) a new kit of the Embraer ERJ 195. This is to 1:144 scale, so it would be nice to think that Revell will release a bigger 1:72 scale version in future. The Airbus A320, also to 1:144 scale, has been reissued with Etihad livery. Hovering over the two airliners is a 1:72 scale Sikorsky UH-60A helicopter. 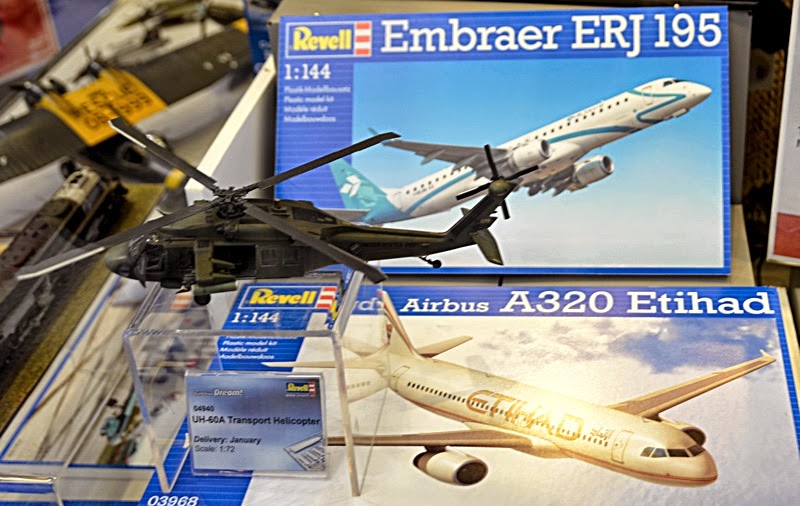 The nicely painted and weathered 1:24 scale Bell UH-1 Huey (below) is a reissue of the old Monogram 1:24 kit. One version was released in special ‘Rambo’ markings! 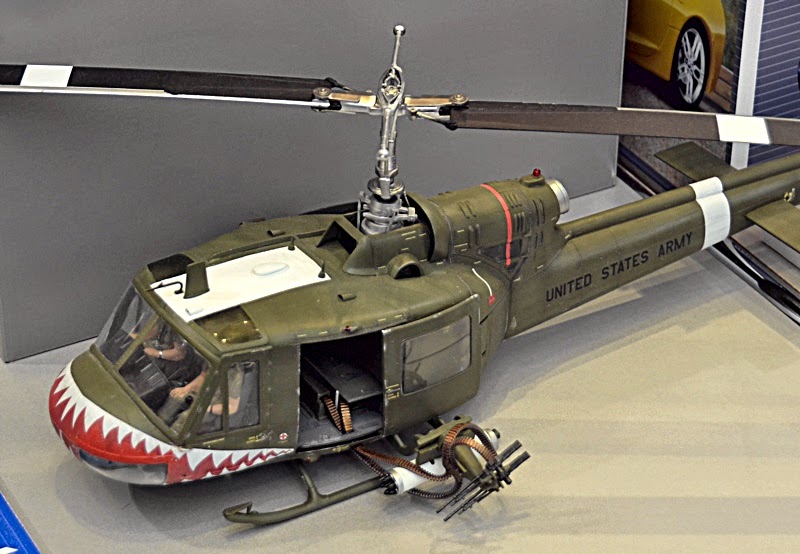 Revell produces a number of gift sets, including the Icons of Aviation: US Legends of the 8th Air Force (below). Packed in the big box are 1:72 scale kits of the B-17 Flying Fortress, P-51B Mustang, and P-47 Thunderbolt. 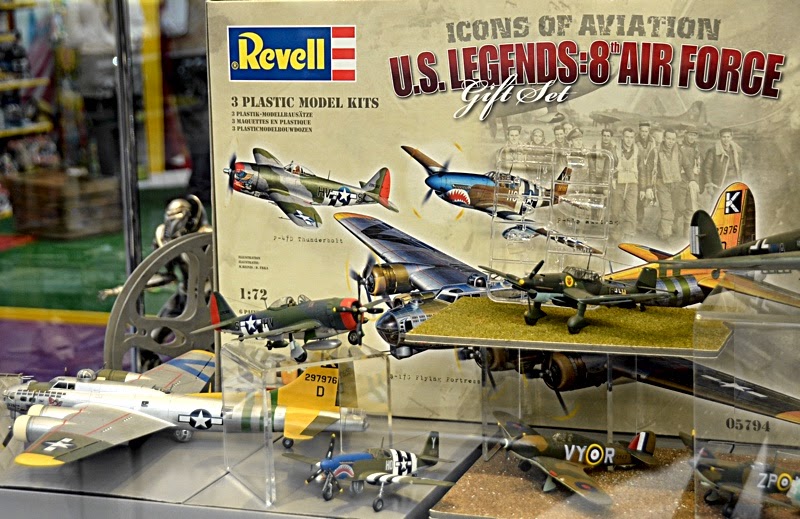 Easy kits are massively popular with those who don't want to get the glue out. Reveal offers a galaxy of choice, from Star Wars to airliners. 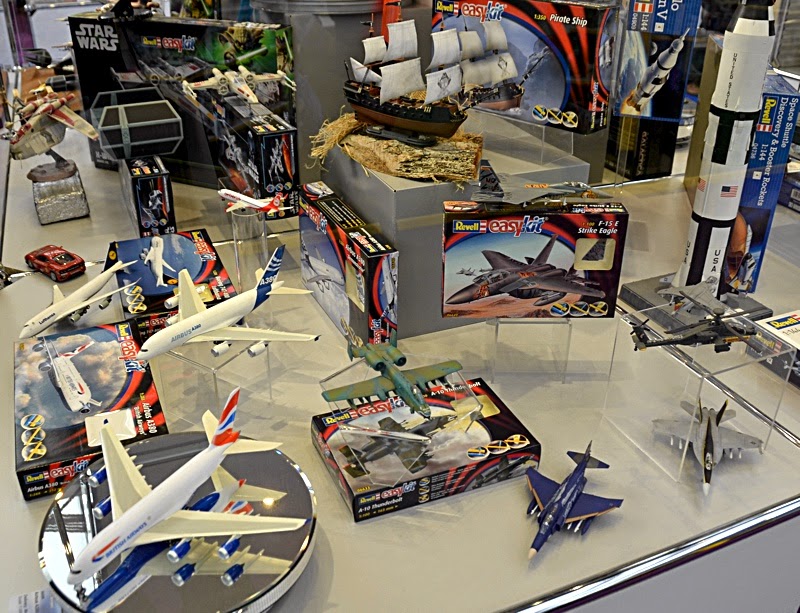 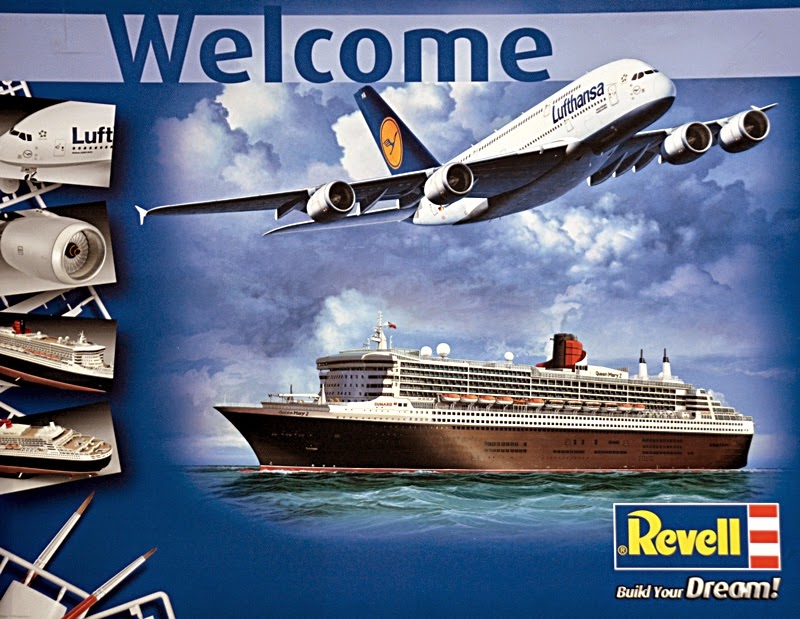 Attractive welcome sign (above) and a busy stand (below) signalled a serious Revell presence at the London Toy Fair 2015. 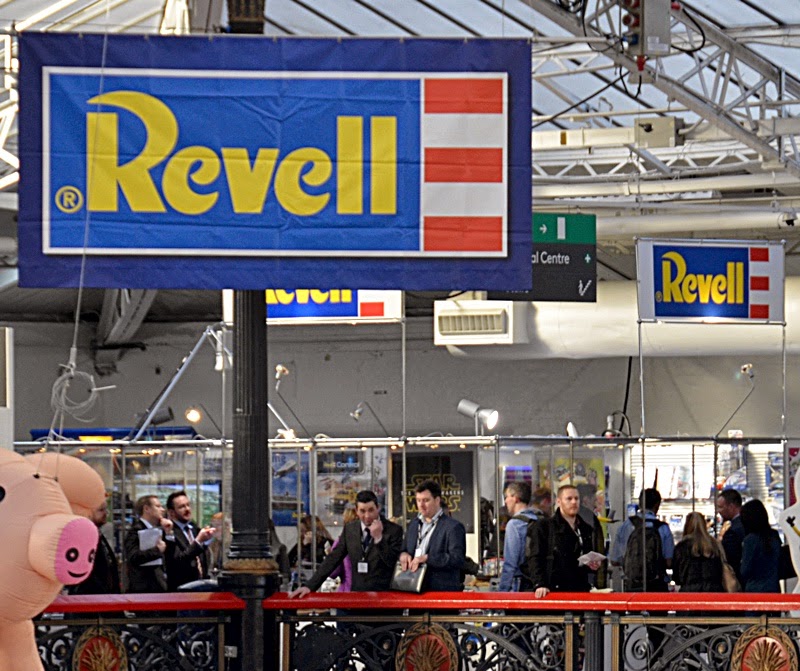