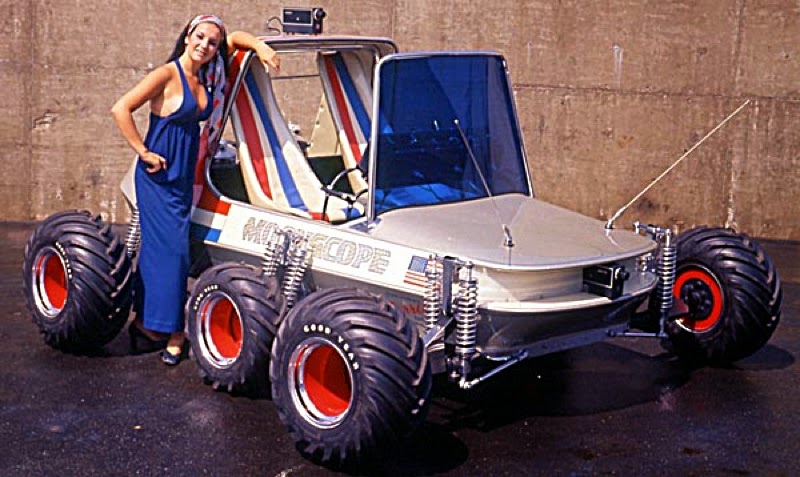 A QUESTION WAS ASKED THIS WEEK: Why did the first Space: 1999 George Barris Moonscope have six wheels? The real-life machine (above) was built by Barris Kustom, and made an excellent basis for MPC kits that have featured both six and four wheels.

Mat Irvine: Why six wheels? It’s a good question. After all, the Moonscope’s layour didn’t match the real-life wheeled vehicles that travelled on the Moon’s surface. The Apollo Lunar Rover had four wheels, the two robotic Soviet Lunokhods each had eight. But if we move to Mars, a six-wheeled design approach is the norm. All four Mars Rovers to date - Sojourner, Spirit, Opportunity, Curiosity - roll on six wheels each, but we don't know if there is a direct design link to Barris.

And the reasoning for six wheels? Basically, redundancy - if the electric motor in a wheel fails, the rover still has five left, at least two per side.

Redundancy was also built into the independently-driven four wheels of the manned Lunar Rover, so if a motor failed, the vehicle (kit by EVA Models below) could continue on the remaining three. But there were also two astronauts on hand, to carry out repairs if needed. 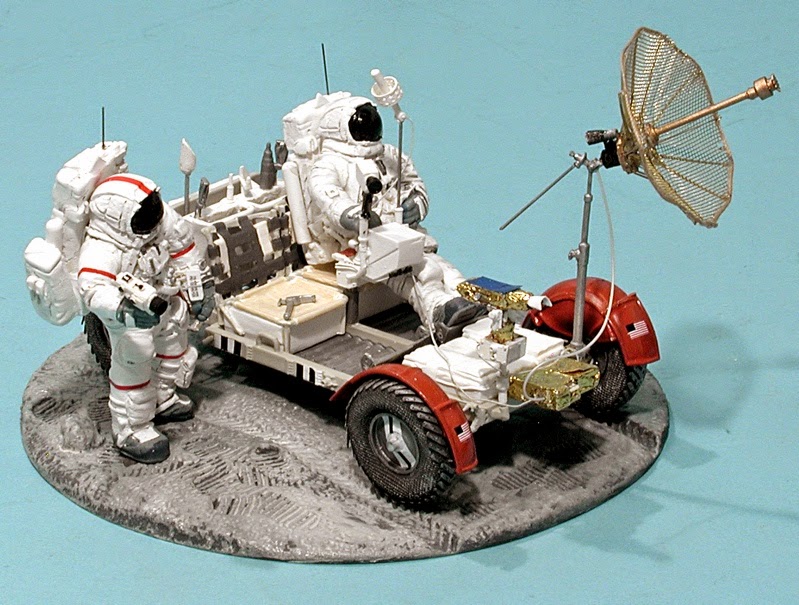 However, Mars Rovers are on their own, so an extra wheel-pair adds to the redundancy-factor.

But was this the reason why George Barris, creator of the MPC Moonscope design, gave it six wheels? Possibly, though if six wheels were good enough for other fictional vehicles of the time - Lady Penelope’s FAB 1 Rolls-Royce of Thunderbirds fame (below) is just one example - perhaps Barris thought the layout was good enough for the Moonscope. Besides that, it simply looked different! 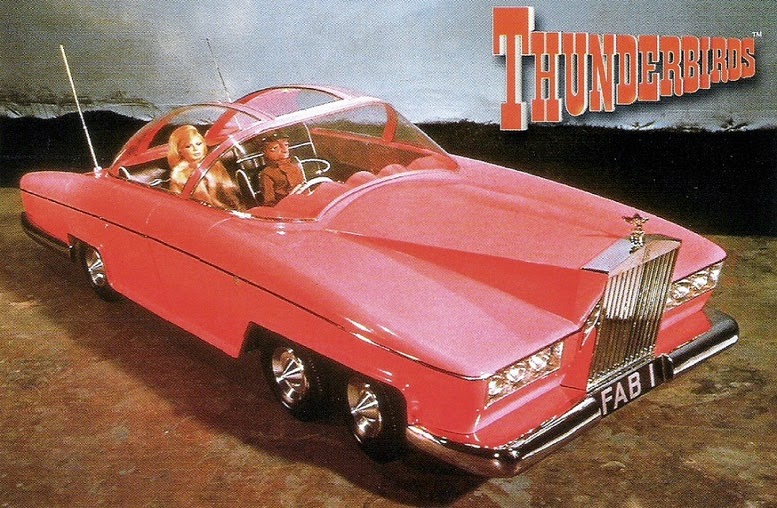 A drive in the sands of Mars - Red Planet machines and models: 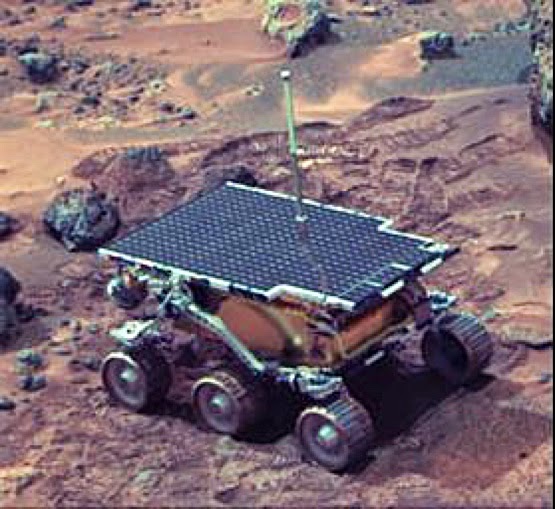 The real Sojourner on Mars (above) shown here in a photo taken by its Pathfinder base-station. The site is now named for the late US cosmologist Carl Sagan. Below, Sojourner is seen in the laboratory. 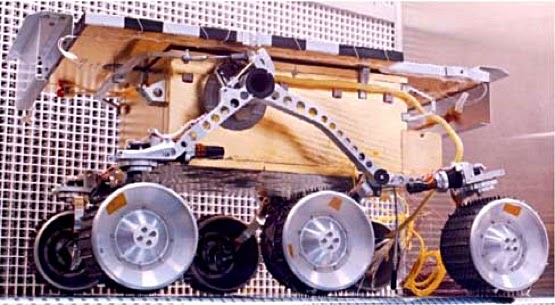 My own 1:1 scale model (below) of Sojourner. This was originally on display in the London Science Museum, to coincide with the actual landing in 1997. Later the model toured with the ‘One Small Step’ travelling exhibition. 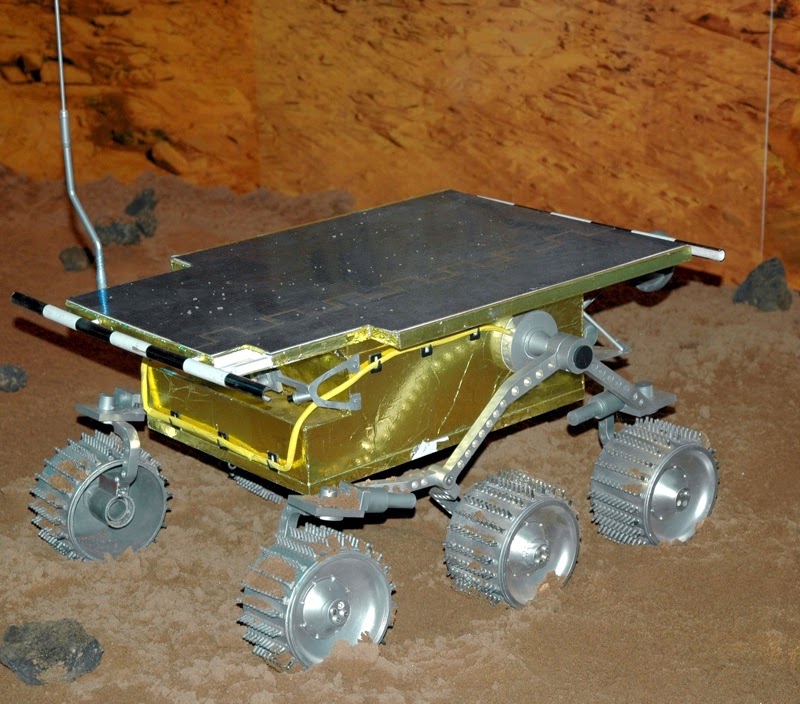 The only commercial model of Sojourner is the tiny Mattel ‘Hot Wheels’ set (below). This included the atmospheric-entry aeroshell, Pathfinder base-station, and Sojourner, itself modelled to around 1:18 scale. The other two were made to different, smaller scales. 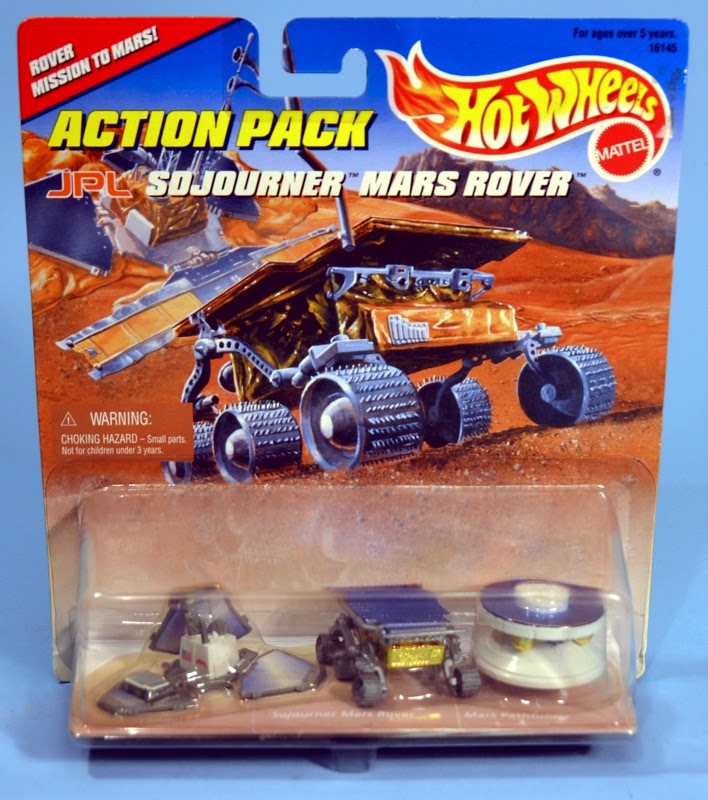 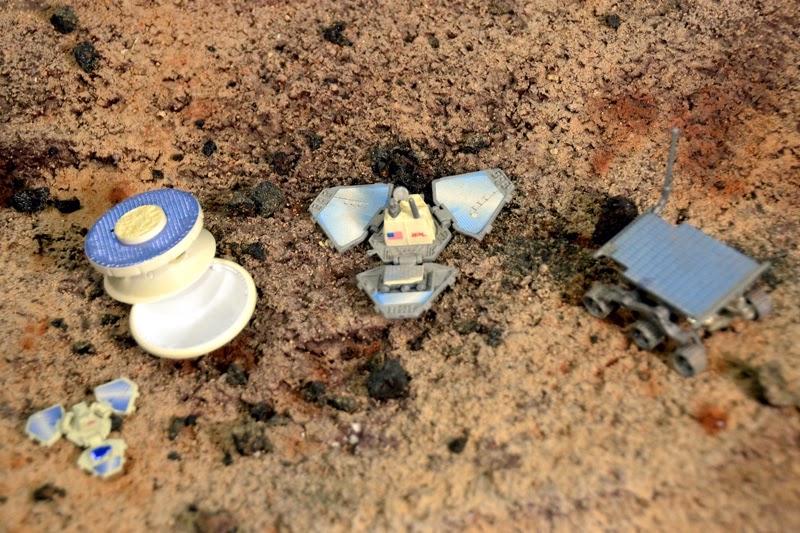 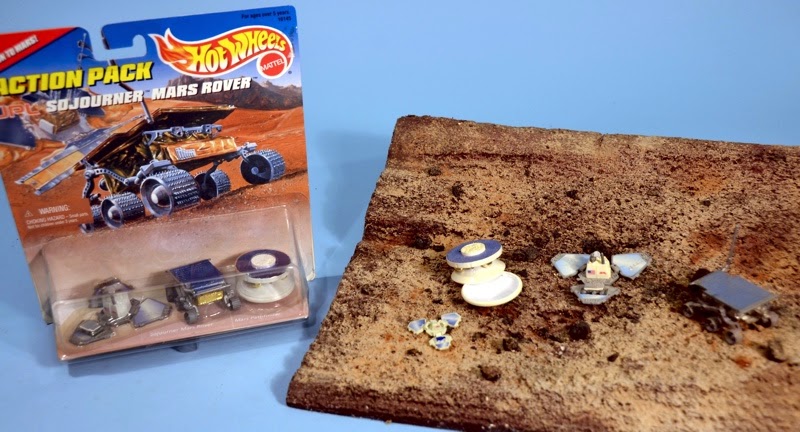 A self-portrait (below) taken by Spirit on the Martian surface. The selfie was taken primarily so scientists could check to see how much dust had accumulated on the solar panels - quite a lot. 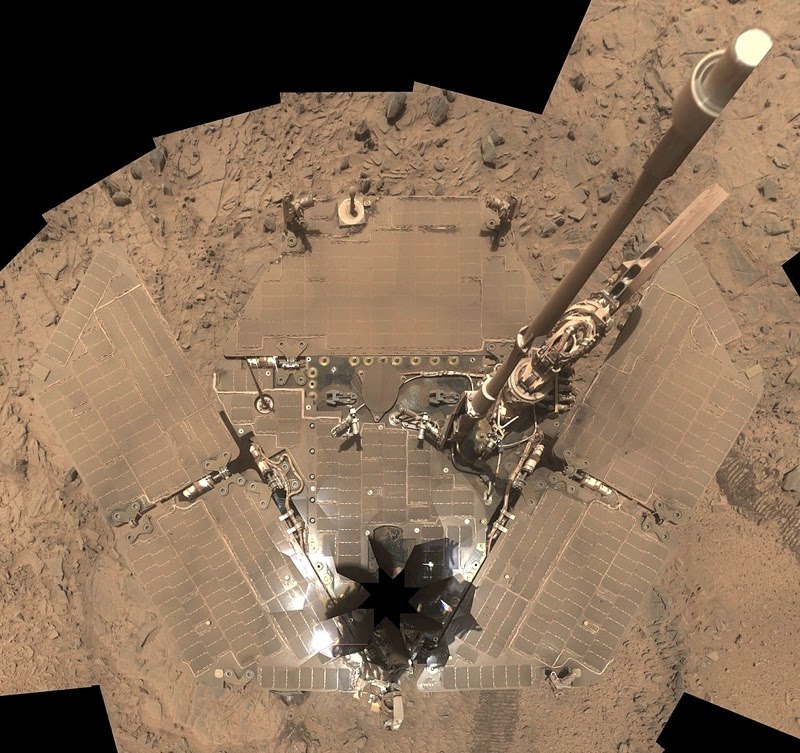 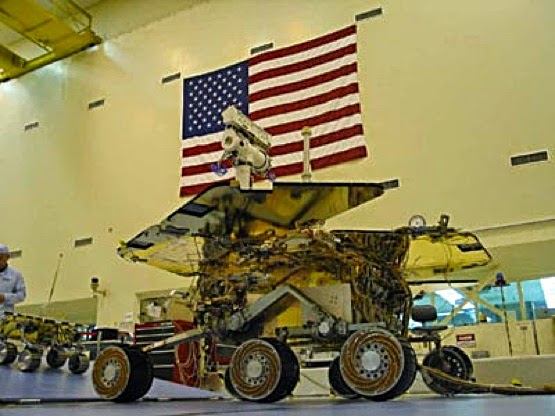 The Lego MER model (below) which you can build as Spirit or Opportunity, your choice. The Lego model is just under 1:4 scale, and quite large when assembled, around 350 mm (15 in) long. The full-size MERs were 1.6 m (5.2 ft) long. 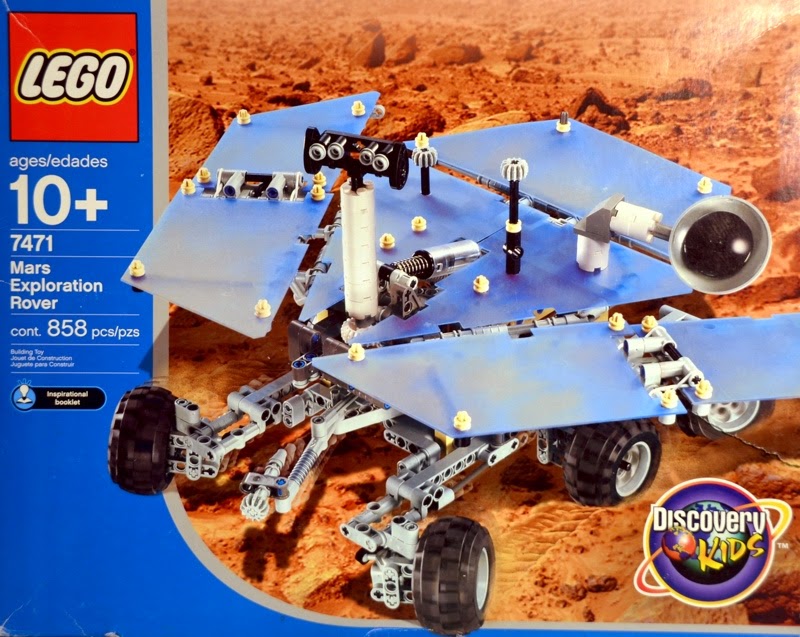 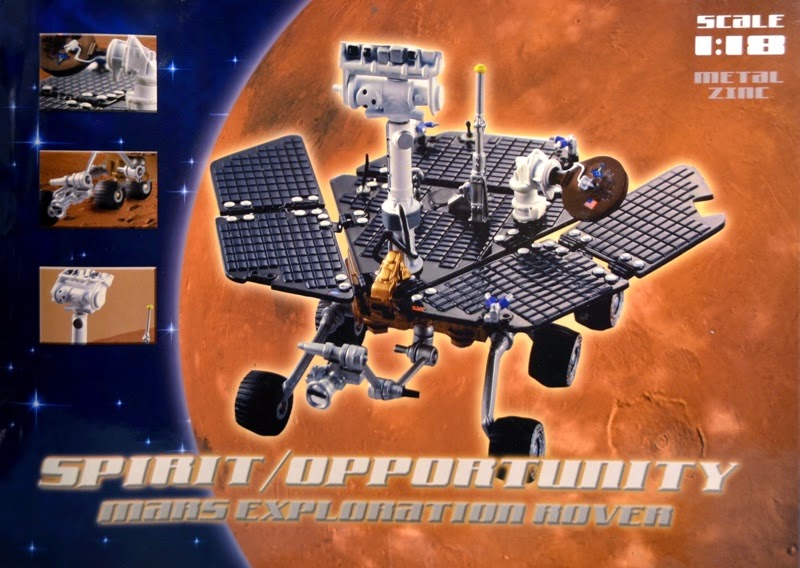 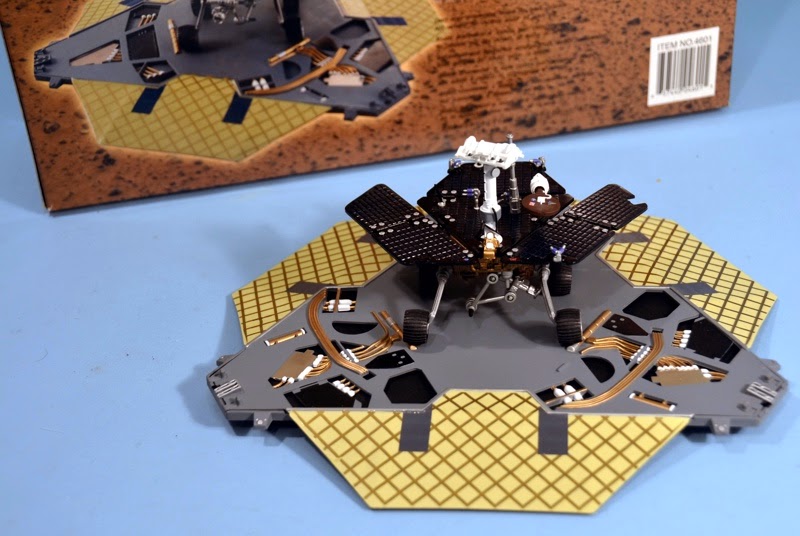 Lego model (below) of the Curiosity rover. Curiosity is around 9 m long (9.5 ft) and the Lego model is about 150 mm (6 in) when assembled, making it approximately 1:60 scale. 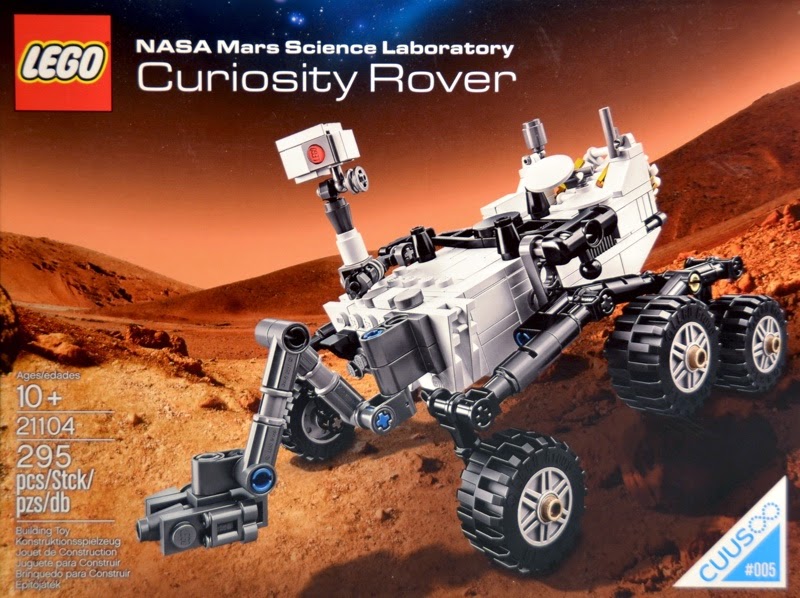 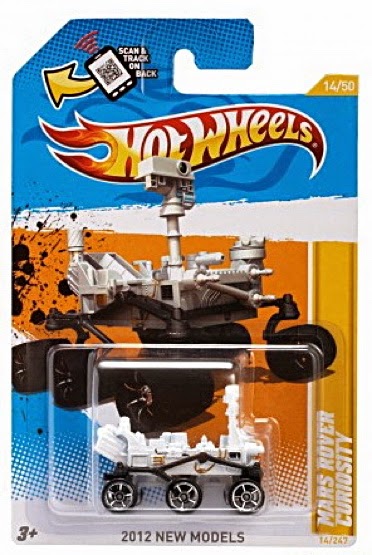 Self-portrait of Curiosity (below) made by stitching together many individual images taken by the camera at the end of the arm. 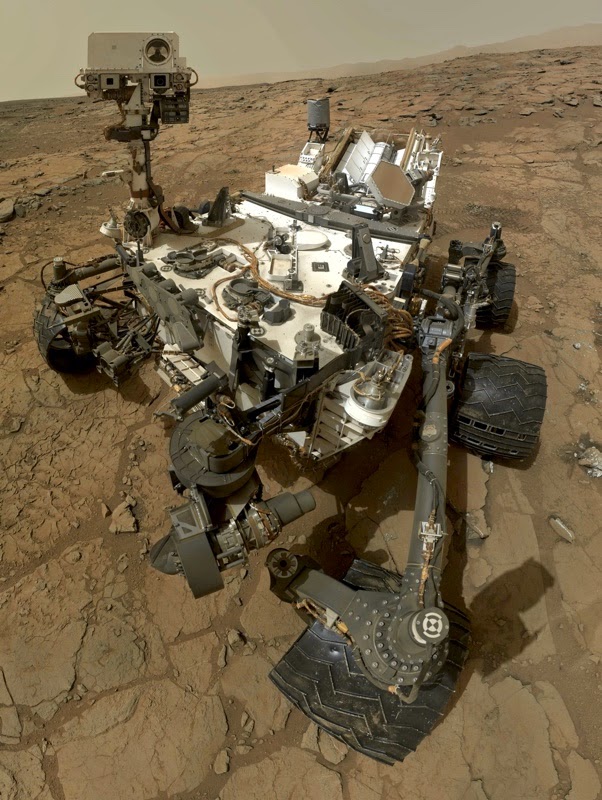 The 1:18 scale Sun Star MER and Mattel Sojourner can be displayed together (below) with few misgivings over scale. It’s a pity that there is no 1:18 Curiosity available. 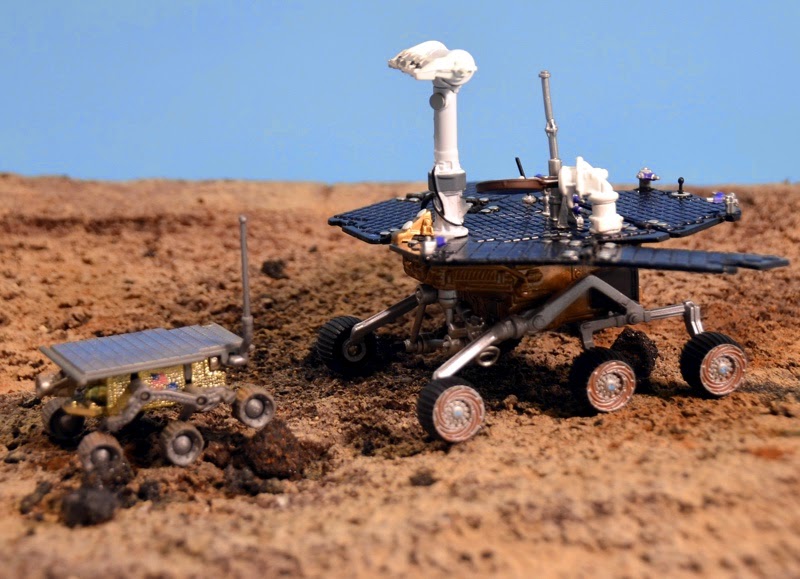 SMN note: We think the Moonscope would look even better if all its wheels matched - we just don’t get why the central pair are half-size - on the Custom version (header pic) and the original MPC kit.