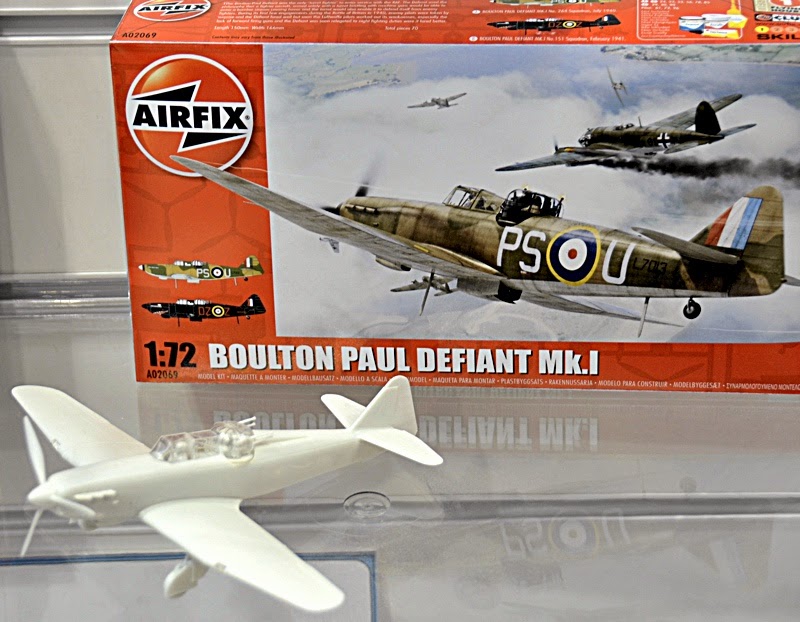 THE LONDON TOY FAIR was held from January 20-22, and although the event is not primarily a scale model show, the bigger kit manufacturers and distributors mount stands there.


Mat Irvine: A is for Airfix, though perhaps it should be the letters A(H) as Airfix is owned by Hornby, and shared a stand at the London Toy Fair with other brands in the group, Scalextric, Corgi, and Hornby itself. 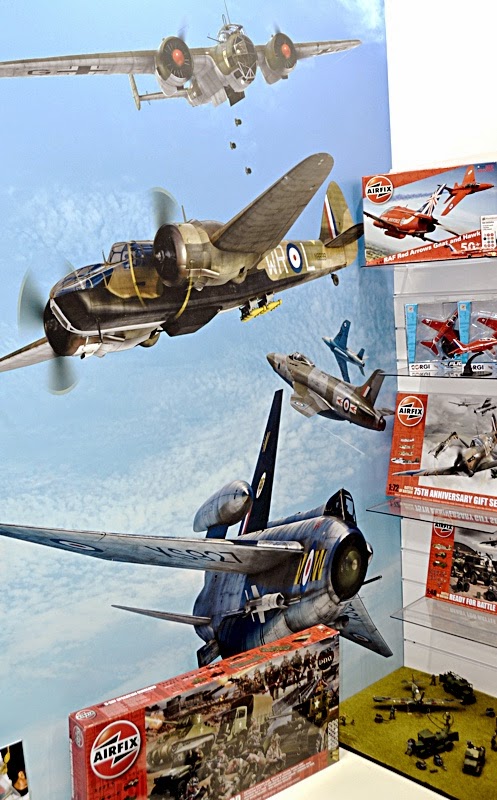 We’ve already featured some of the upcoming 2015 Airfix kits at SMN, but London Toy Fair 2015 gave us a chance to see some of the new-tool kits close up. The London Toy Fair (below) was held under the arching roof of the Olympia Exhibition Halls in west London. 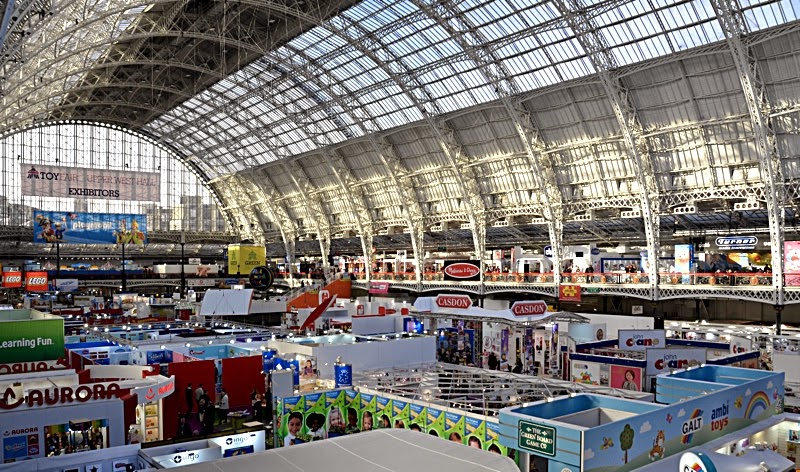 It’s interesting to see something of a rebirth for the Airfix traditional 1:72 scale, which is no bad thing. Despite much recent activity in larger scales by Airfix and other manufacturers, 1:72 remains a really flexible size for display purposes, particularly where big collections are concerned.

Paul Fitzmaurice (below) of Modelling Tools (Little-Cars) photographs some of the Airfix range. 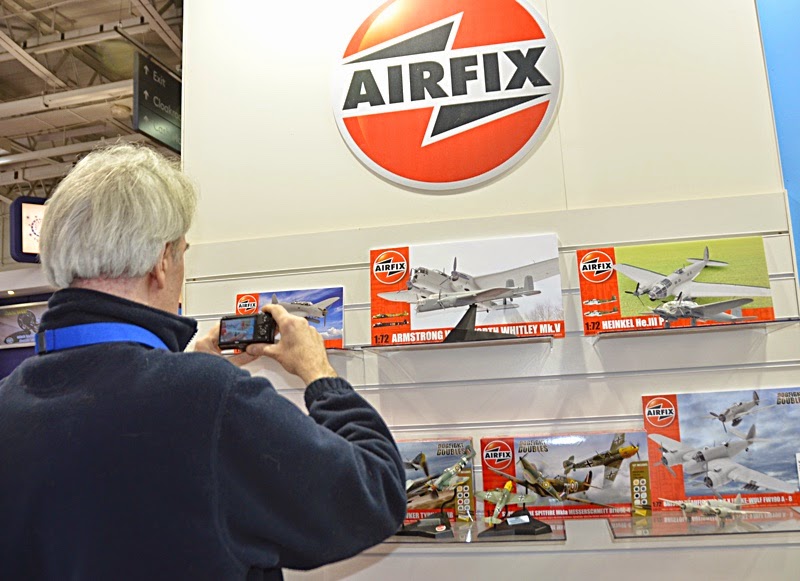 New tooling (below) for one of the earliest Airfix 1:72 scale kits, the Bristol Beaufighter, here boxed in Dogfight Doubles format with a Focke-Wulf Fw190 A-8. Markings for the 'Beau' are supplied for 27 and 144 Squadrons of the Royal Air Force. 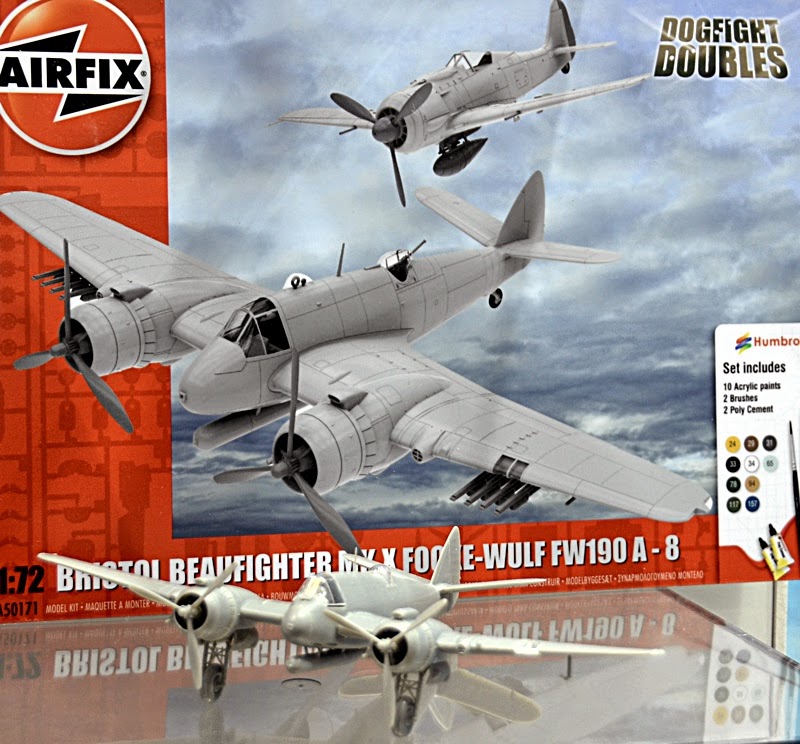 Another new-tool kit (below) for an Airfix venerable model, the 1:72 scale Heinkel He 111. The new release features far more detail and greater accuracy than the original kit.

New to the Airfix range (below) the 1:72 scale Armstrong-Whitworth Whitley Mk V. Markings are included for 10 and 102 Squadrons. 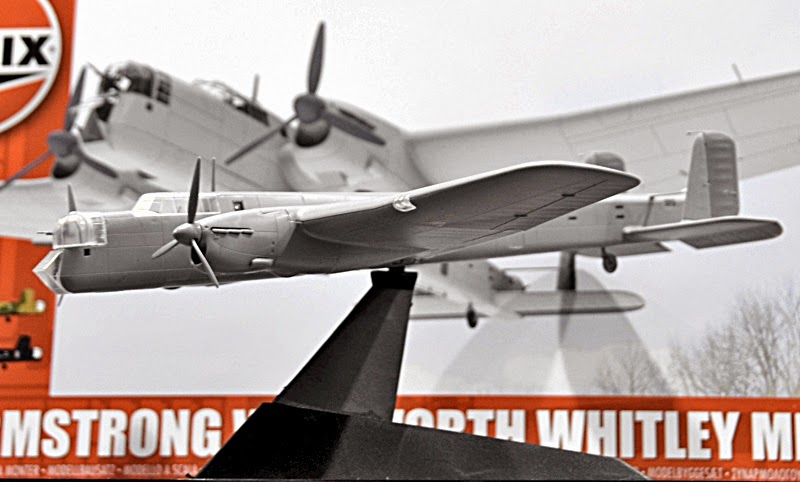 Japanese aircraft are not forgotten (below) with a new mould for the 1:72 scale Nakajima B5N2 Kate torpedo bomber. 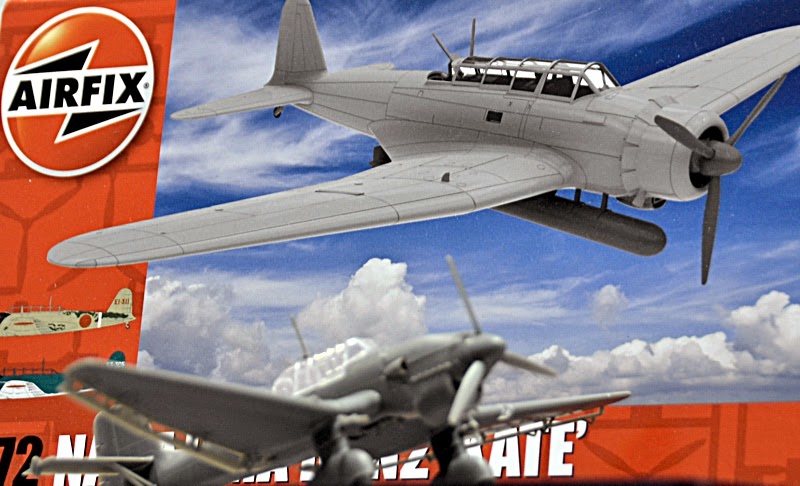 One of the most anticipated retools (below) the 1:72 scale Boulton-Paul Defiant, an aircraft that was an Airfix ‘second generation’ kit way back in the 1960s. At the time, it introduced many new features and details, but has become seriously dated since then. This new kit is based on a rebuild of the last surviving aircraft, so should be highly accurate. The model is tied into the 75th anniversary of the Battle of Britain, 1940-2015. 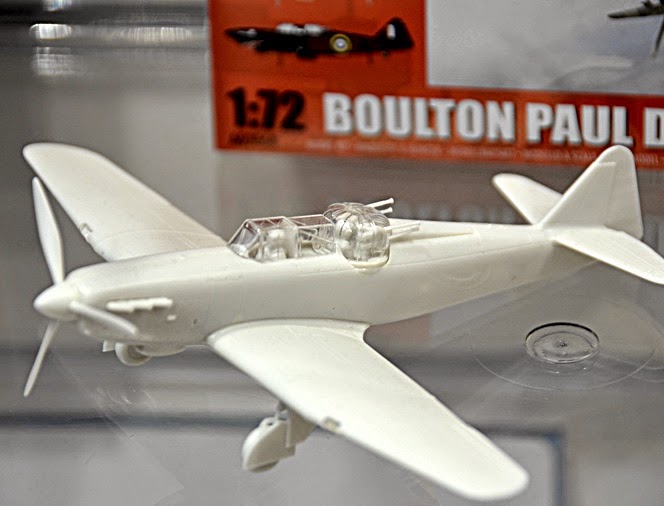 Previously seen only in CGI form, the new Airfix Avro Shackleton MR2 (below) will assemble into a fine model, especially in the hands of an experienced modeller. 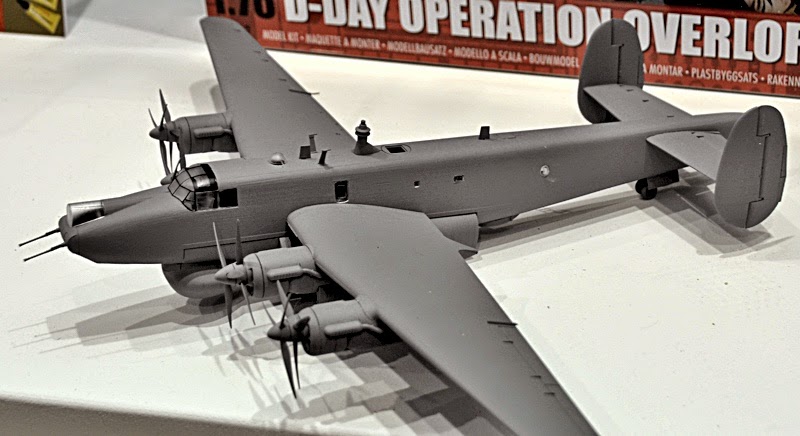 The real thing was developed from the Avro Lincoln, itself a development of the famed Lancaster bomber. The ’Shack’ MR2 boasted four Rolls-Royce Griffon engines, each with twin contra-rotating props. The 1:72 scale Airfix kit was created in co-operation with the Shackleton Preservation Trust. 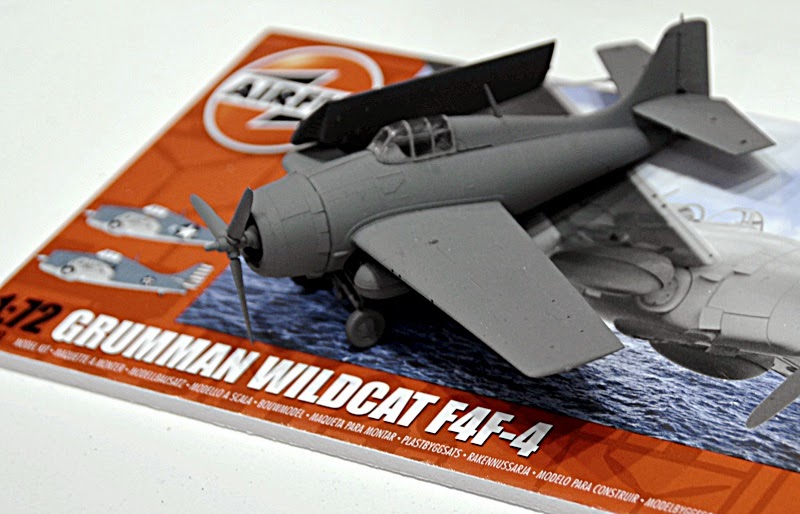 Airfix has a range of Red Arrows Hawk jets (below). Note that Corgi diecasts also feature in this wall display. 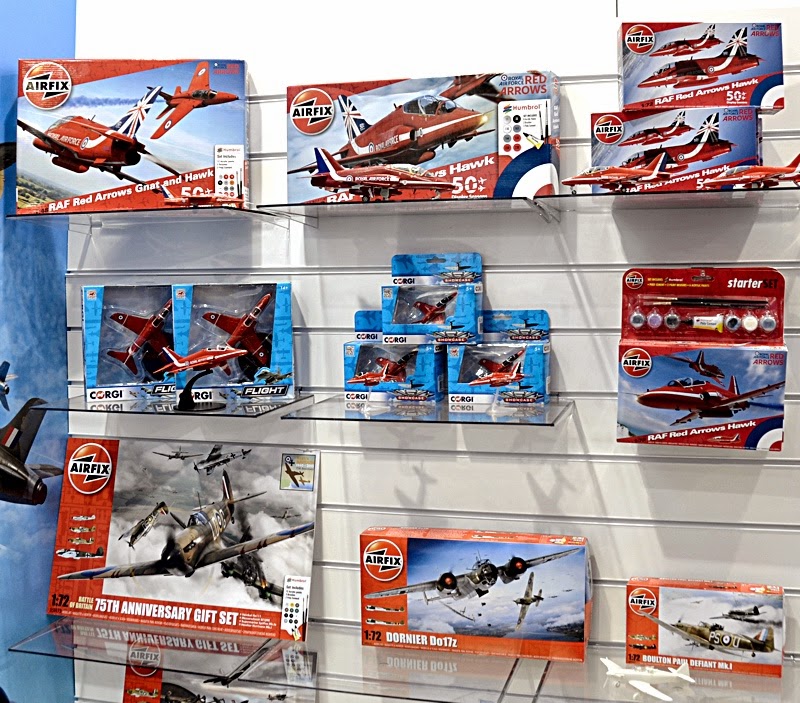 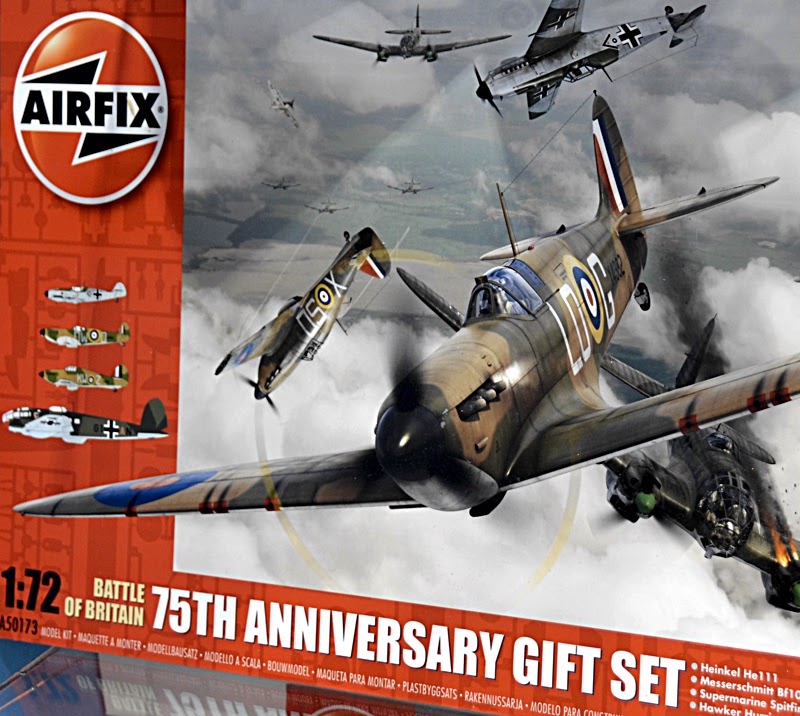 Ready for Battle (below) is a 1:48 scale Battle of Britain-era diorama set. It includes a Hurricane fighter, two vehicles, personnel and a selection of portable support machinery. 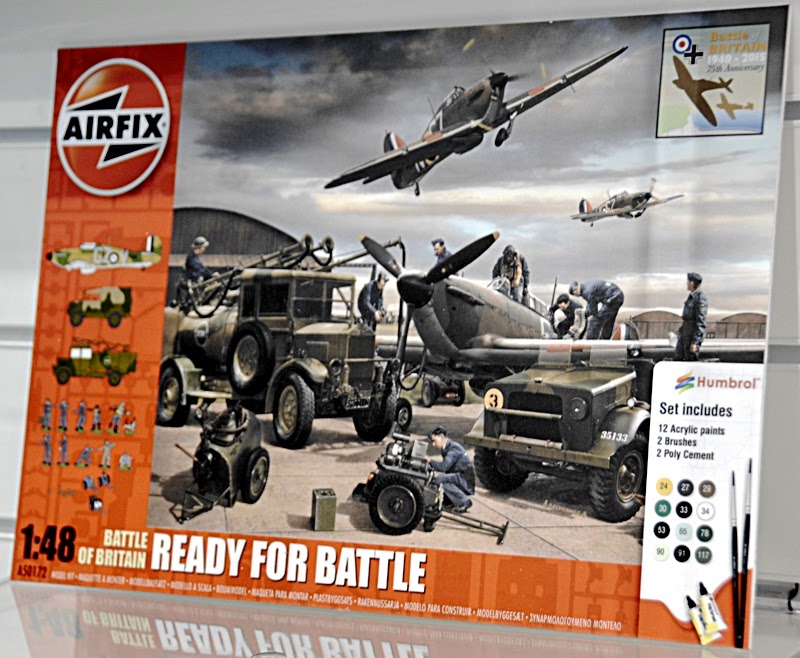 A display (below) of some of the wide range of excellent accessory vehicles available in 1:72 scale. Note the attention to detail on the figures, particularly the parachute pack worn by the pilot, climbing aboard the Hurricane at right. 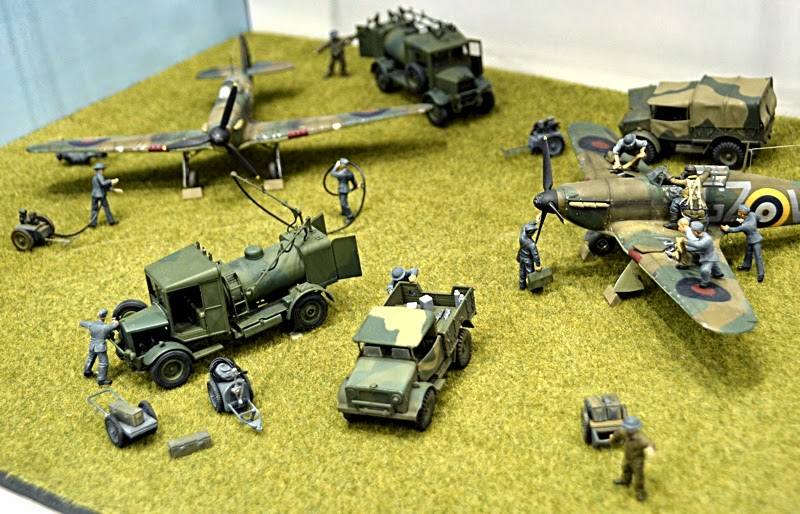 The box (below) is packed with World War II-era equipment and personnel, the whole assemblage being moulded in 1:76 scale, which matches the British model railway 00 scale. This D-Day Operation Overlord set includes cement, brushes and paints, here a grand selection of no less than 18 mini-pots.

The 1:32 scale car kit range continues to see reissues. The E-Type Jaguar (below) has been neatly packaged as a starter set, complete with header-mounted paint-pots, tube of cement, and a pair of paintbrushes. 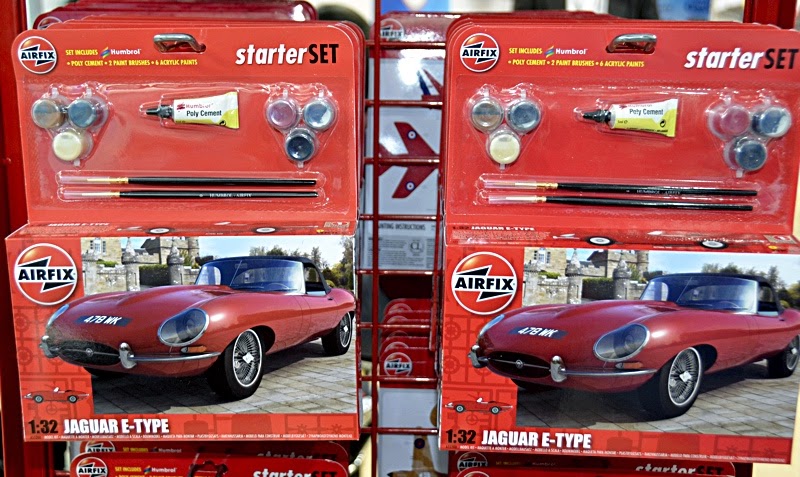 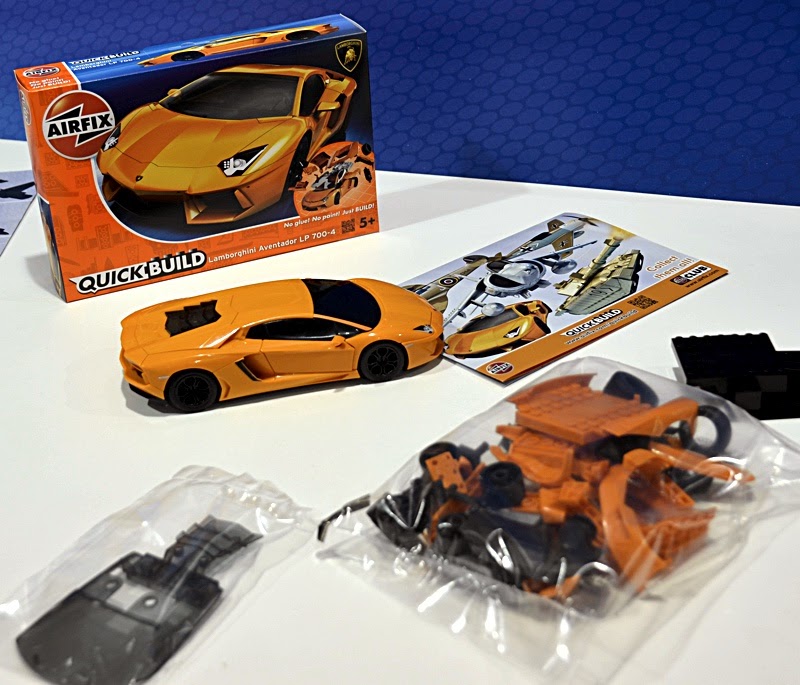 Quick Build kits (above, below) are easy to assemble snap-together models for younger modellers, and are produced in the UK. 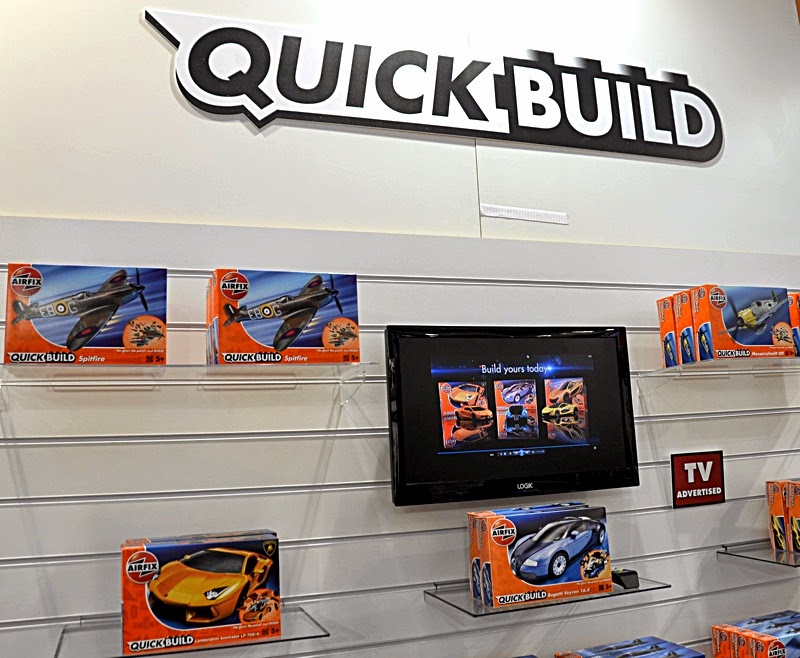 Visitors to the the Hornby stand (below) included at left, Tony James of Timeless Hobbies (ex-Comet Miniatures) and Paul Fitzmaurice of Modelling Tools (Little-Cars). 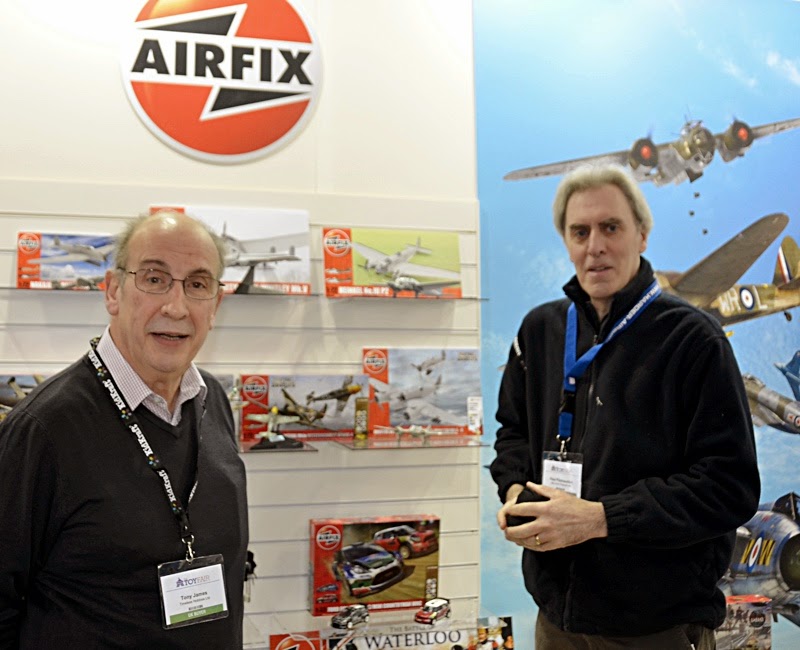 Past times were revisited at the London Toy Fair with a new version of the classic Pass the Pigs game, promoted by a large inflatable, reminiscent of the 1977 Pink Floyd Animals album cover. 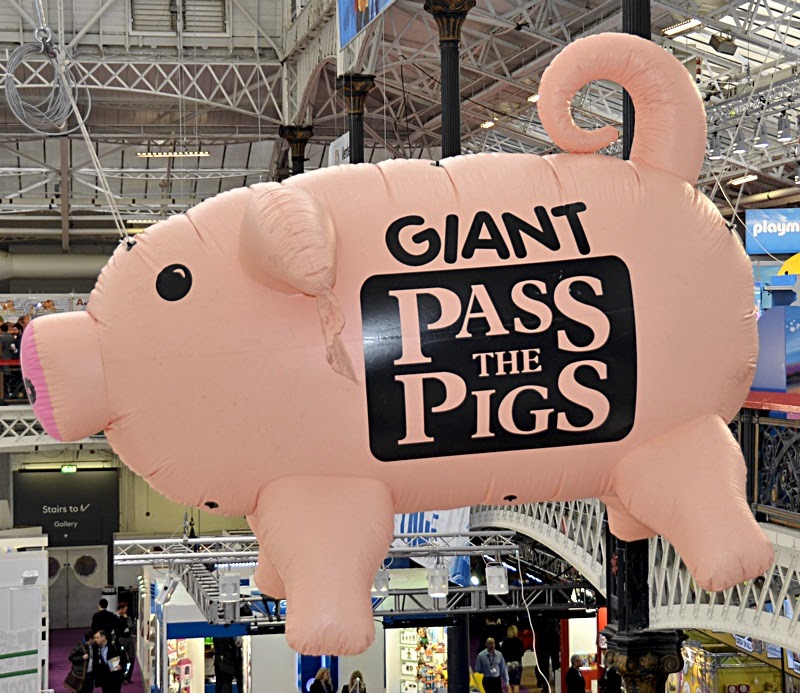