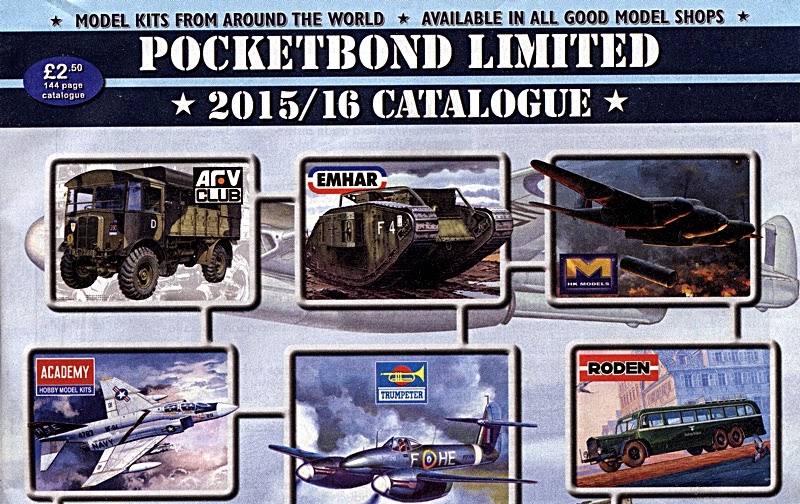 POCKETBOND DISTRIBUTES A WIDE RANGE of both toy and scale model items, so naturally enough, the company concentrated on its toys at the 2015 London Toy Fair. Even so, there were plenty of interesting kits on display.

Mat Irvine: Pocketbond owns several kit names of its own, including Emhar, and some of these were on display at the Toy Fair. Of the other names Pocketbond distributes in the UK market, the Chinese Trumpeter and South Korean Academy are the largest and best known, but to this pair you can add AFV Club, HK Models, Merit, Roden, Tauro, and from the US, Imex and Pegasus Hobbies.

Pocketbond is also the UK distributor for relative newcomer, the Hong Kong-based Takom. Specialising in 1:35 military kits, Takom has taken a slightly different approach in many of its kit offerings, as it concentrates on current Middle East conflicts, with combat machinery based on civilian vehicles. Even so, World War I features strongly, a shown by the British Mark IV Male tank (below) to 1:35 scale. 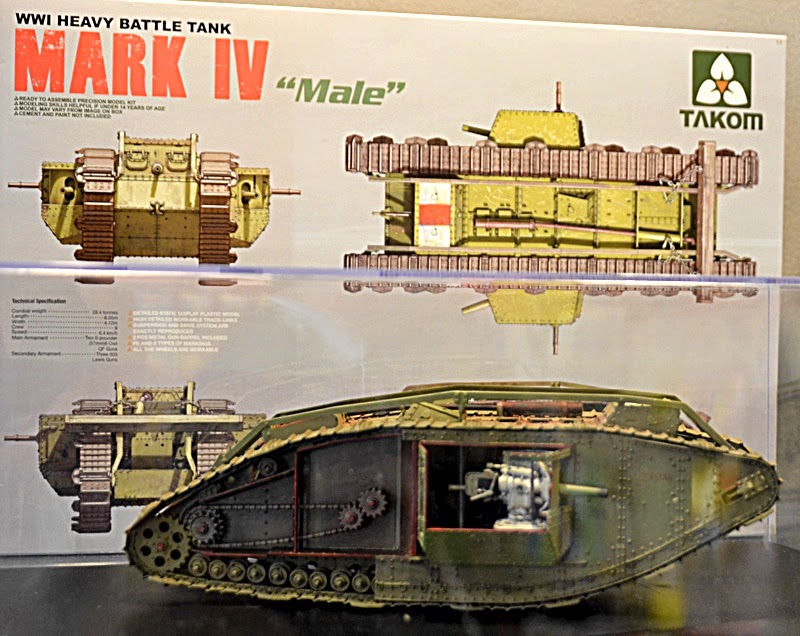 Takom also has 1:35 scale kits of the Female tank, and the lengthened Tadpole variation (below). 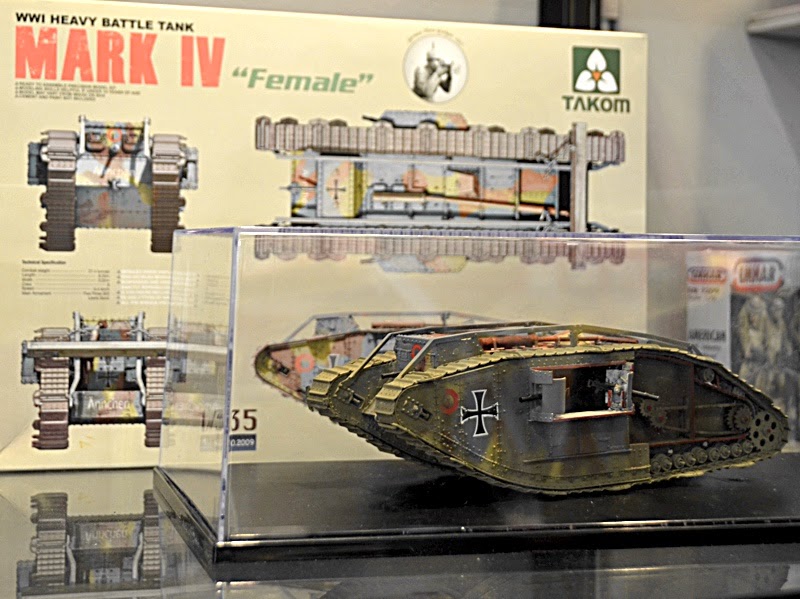 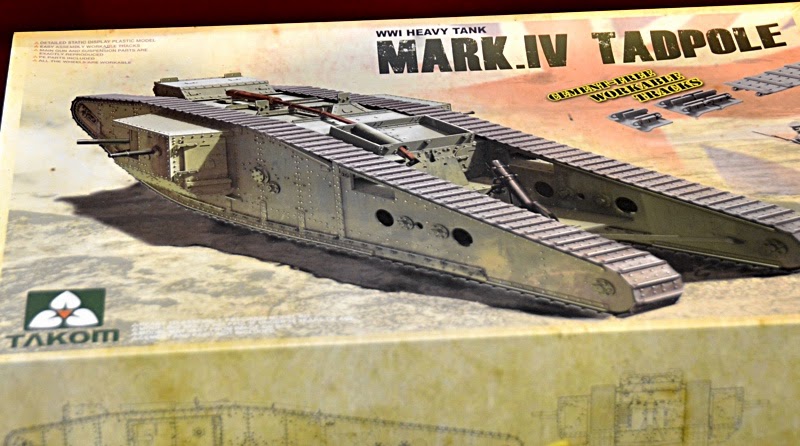 Tacom tank kits boast working tracks, with individual links made up of three components, and no cement needed. Details of the precise track construction are shown in the diagram (below). 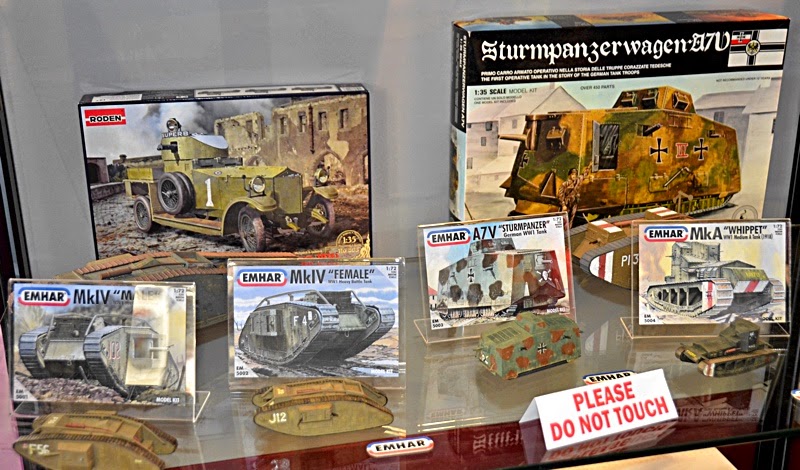 Another Takom World War I tank, the French St Chamond (below). It's an unusual-looking beast that could do double-duty if modified as a steampunk-style battlewagon in a fantasy scenario. 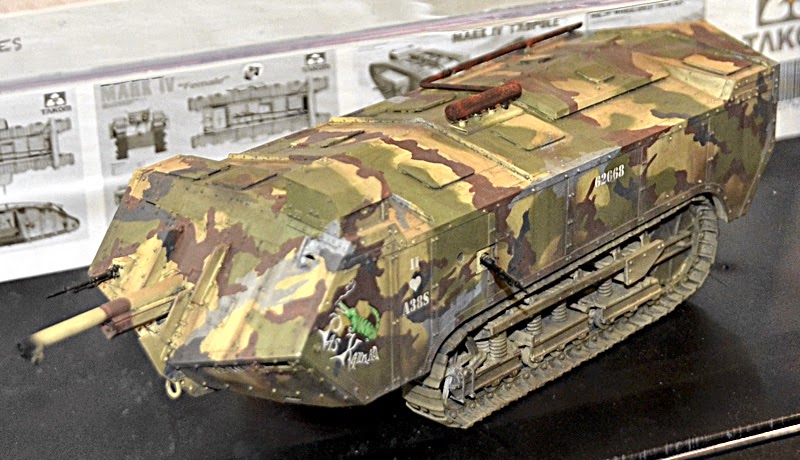 Academy has released a 1:35 scale GMC M10 tank destroyer (below). Technically it was called a 3-inch Gun Motor Carriage, and was based on the chassis of an M4 Sherman tank. The M10 (named the Wolverine in British service) first saw action in North Africa in 1943, at which time the 3-inch gun was powerful enough to knock out virtually any German tank then in service. 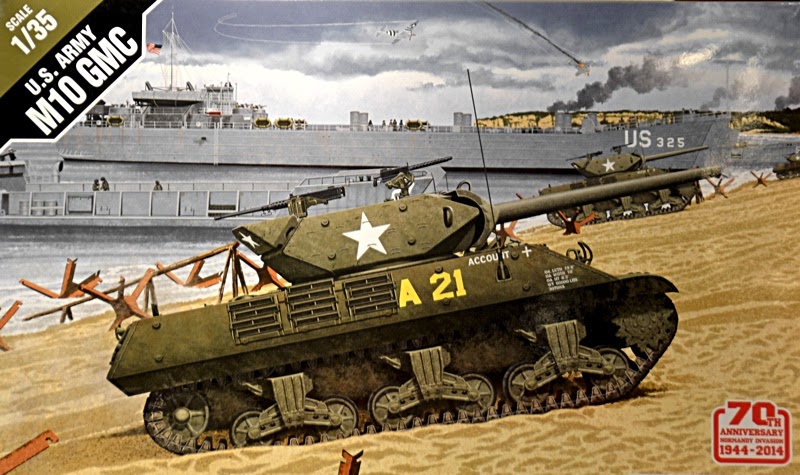 The AEC Matador from AFV Club to 1:35 scale. This was a widely used British truck, so will come in very useful for military modelling applications. 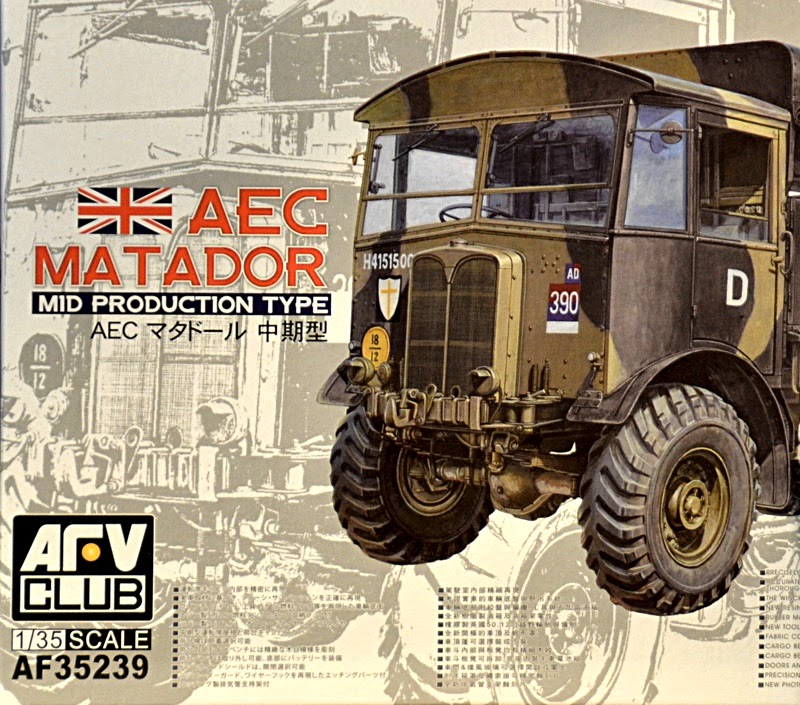 The triple-horned Triceratops (below) is a 1:24 scale dinosaur from Pegasus Hobbies. One of several from Pegasus, the dinos would make great additions to a sci-fi or fantasy diorama scene.

T-Rex (below) translated on the box as a 'Tyrant Lizard King' is a 1:24 scale dinosaur kit from Pegasus. However, given that dinosaurs started small and grew larger, any of these dinosaur kits can probably fit a number of scales. 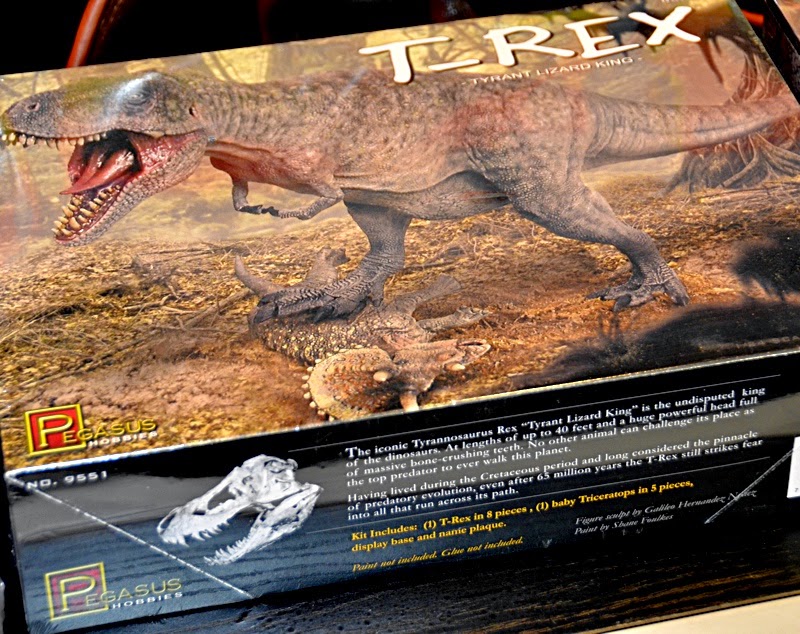 The 1:24 scale Pegasus Spinosaurus (below) kit features a creature that recent theories indicate could have been even larger and more ferocious than the famous T-Rex. 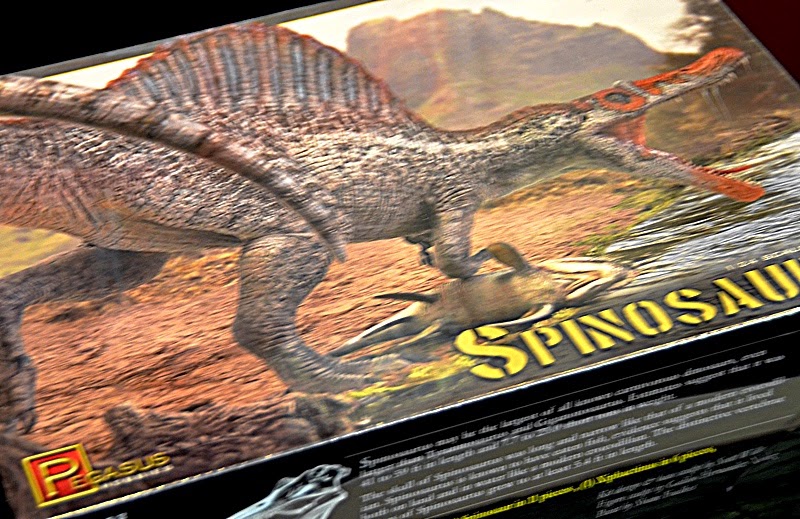 The Great White Shark (below) is one of Larry Thompson, CEO of Pegasus Hobbies favourite subjects. 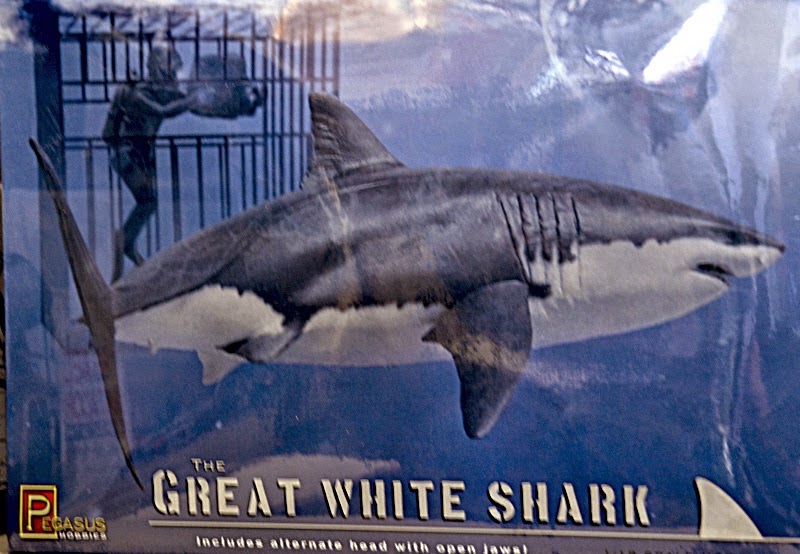