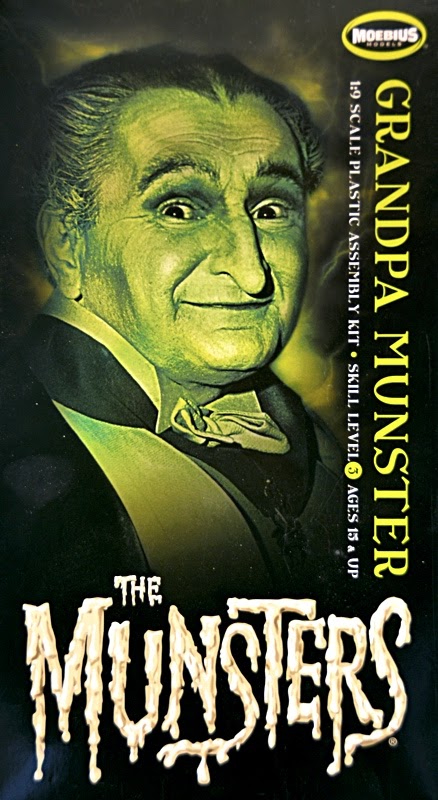 GRANDPA MUNSTER HAS FINALLY stirred out of his coffin long enough to allow Moebius to finish his likeness in 1:9 scale model form. The box top (above) features Al Lewis, the actor who played Grandpa Munster.

Mat Irvine: The Grandpa kit has a similar construction to the Moebius model of his son-in-law, Herman (SMN article here) with the classic model figure arrangement of body halves, separate legs and arms.

The back of the box (below) supplies lots of useful painting hints.

It’s best to assemble the body components before painting, though you could omit Grandpa’s head, as it is easier to paint this separately. As with Herman, Grandpa has a pallid shade for his flesh tones, though he’s more to the blue end of the colour spectrum, whereas Herman tends towards the green. Perhaps this is somewhat irrelevant, as the original TV shows were shot in black and white - only the movie Munster, Go Home was in colour.

The component layout (below) shows the peg-and-socket assembly system, as seen in the shoe halves at centre top. 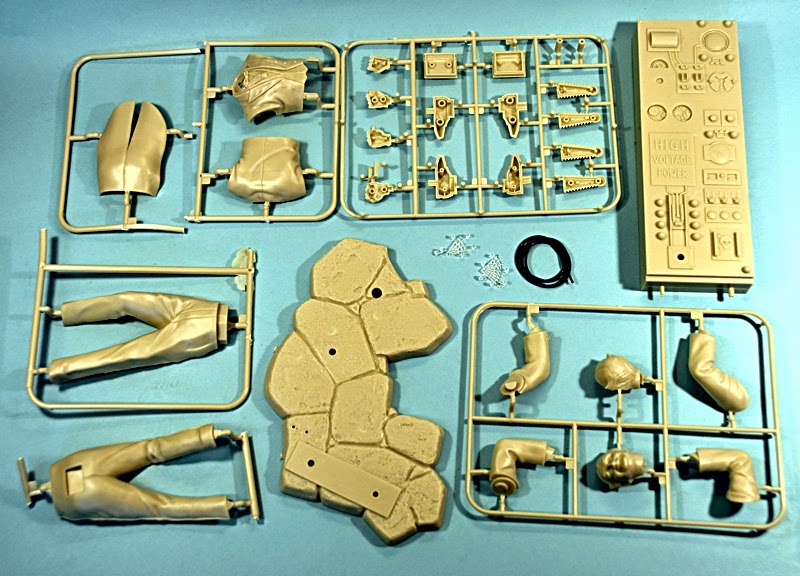 The large pegs and sockets really do help with alignment. You can almost snap the kits together, though an application of cement always helps. As with Herman, Grandpa comes with his own piece of high-voltage dungeon equipment, in his case a large cabinet with suitable Frankenstein-style switches and dials. This is moulded in one piece, the only additions being the high-energy coils that sit on the top, and the knife-switch moulded into Grandpa’s right hand. I gave the cabinet an overall paint coat of somewhat rusty brown, then I picked out the individual details in various colours.

The partial assembly of Grandpa's main body (below) shows when filler can be useful at the joint between the top and bottom half of Grandpa’s tailcoat, but that’s about all that is needed. Note the wires at left, used as a convenient handhold, and to support the body when spray paint was applied. 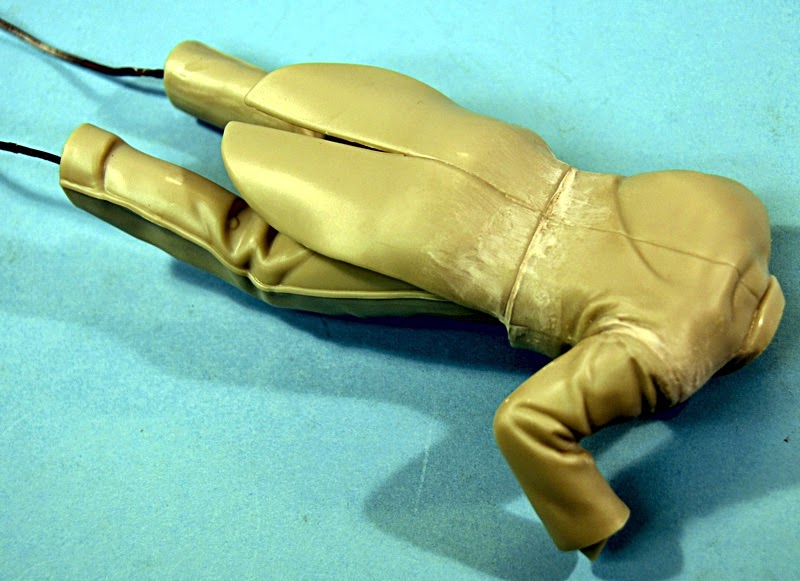 Primer has been sprayed on to the cleanly-moulded electrical cabinet (below) ready for the top coat. 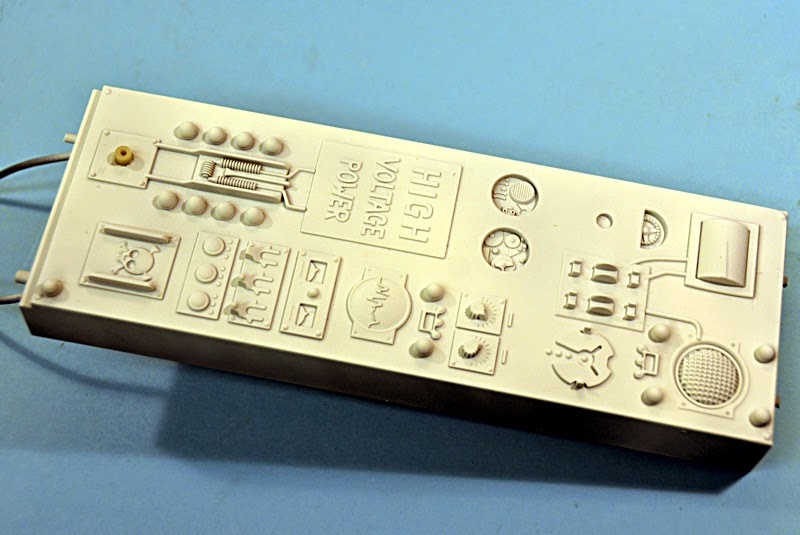 Note (below) that the cabinet sub-assembly is nearly complete after painting, but that details for Grandpa are still to be added. 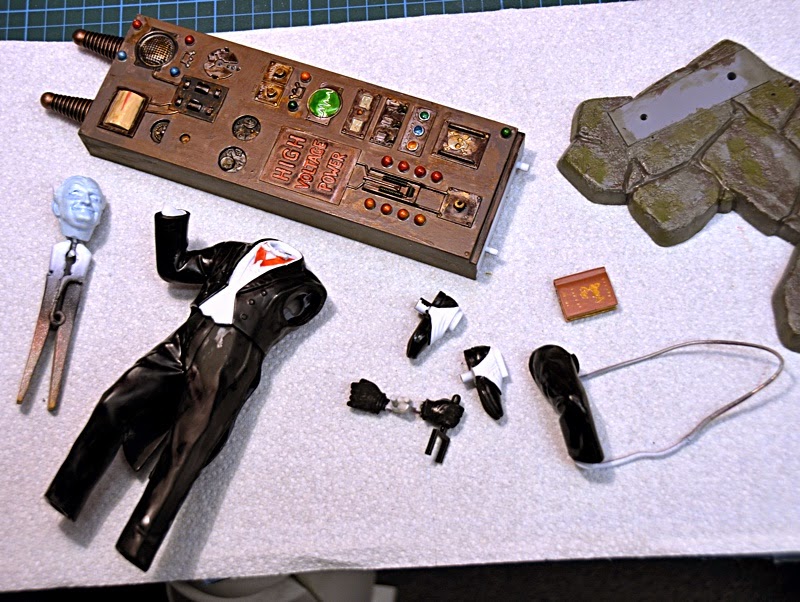 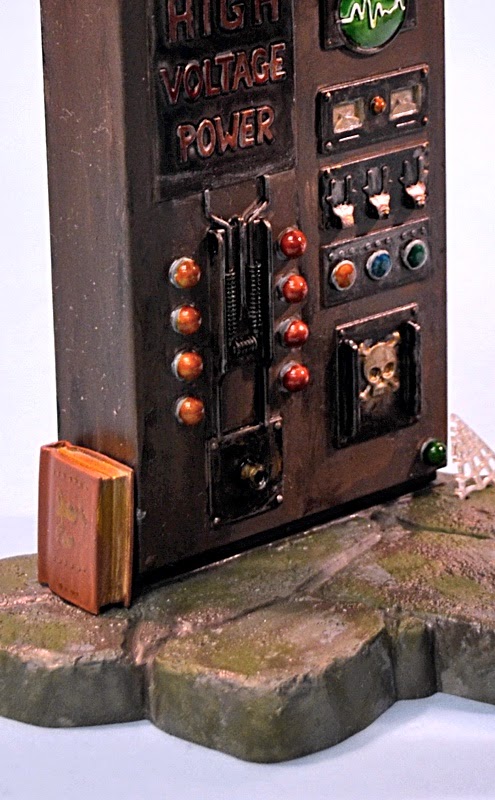 After finishing Grandpa, I fixed him to the base and lined up his hand with the knife-switch on the cabinet. Nice extra touches to the kit include a separate book that leans on the bottom of the cabinet. No doubt it's some ancient tome of spells. A couple of cobwebs are also included, moulded in transparent plastic. 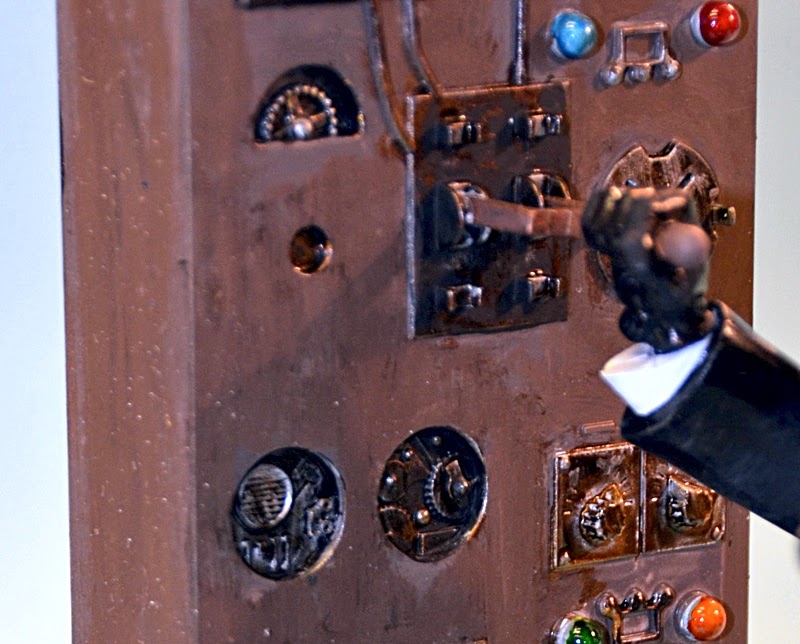 Details of the finished kit (above, below) reveal the amount of care that Moebius has put into the knobs and dials of the cabinet. It's gratifyingly realistic, and makes the time spent in adding careful paintwork well worth the time and effort. 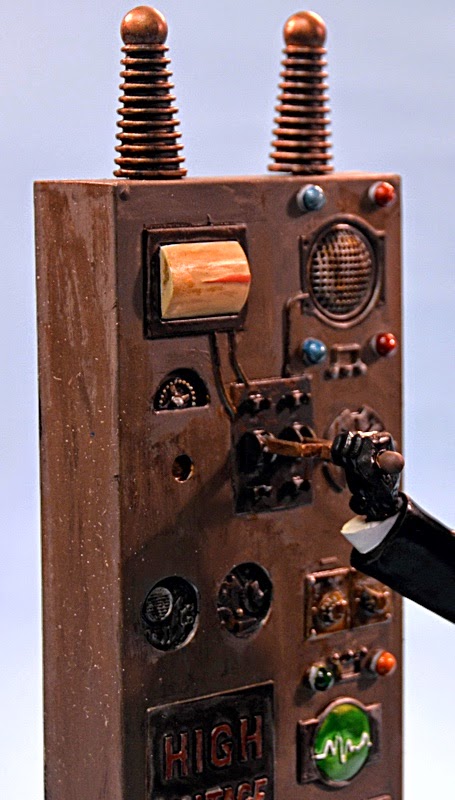 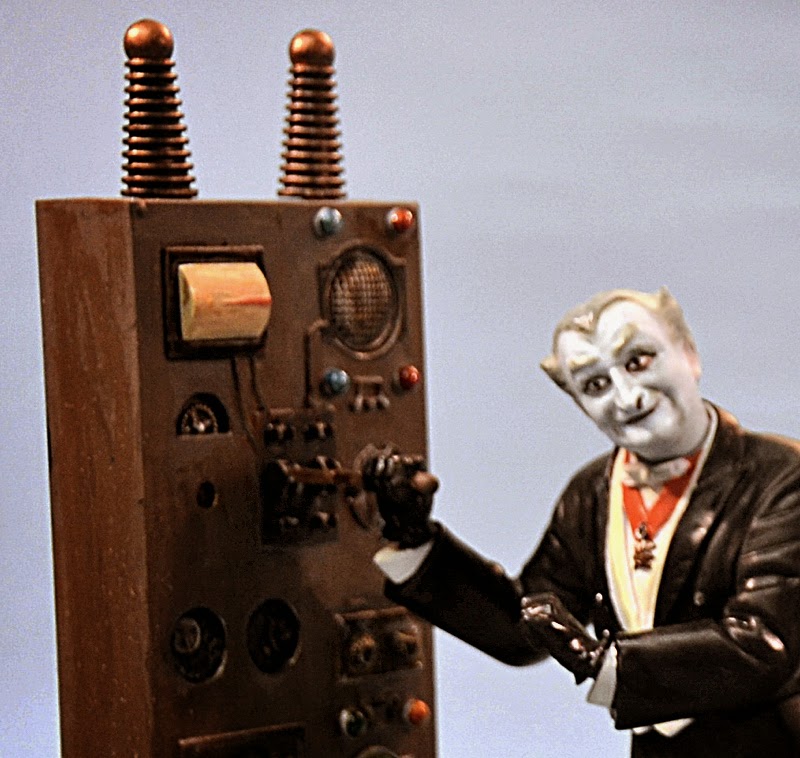 The bases of Grandpa and Herman are designed to fit together to complete the scene in the dungeon (er, basement) of 1313 Mockingbird Lane. Will we get Lily and Eddie at some point, maybe even Marilyn? It would be nice to think so.

Grandpa Munster (below left) is shown with Herman. Note that the wire represents a cable that links Grandpa’s tall cabinet to Herman’s weird electrical device. 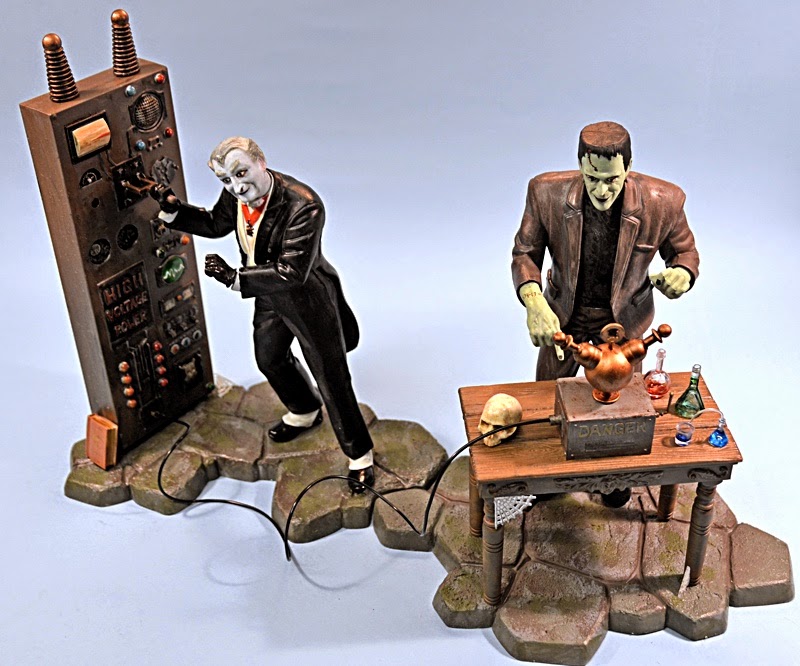 One intriguing point about the character is why he’s called Grandpa Munster. He actually goes by the name Sam Dracula as he’s Lily’s father, not Herman’s. But it’s probably best not to worry too much - when you are his age, you can probably call yourself what you like… 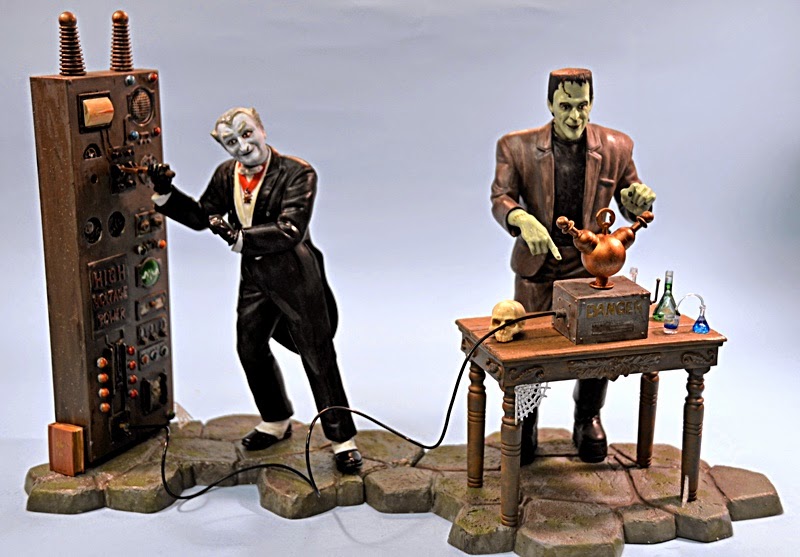 Incidentally, a comment was added to the Herman review by the SMN Editor as to why these Moebius kits are made to the odd-seeming scale of 1:9. Actually, it’s not all that odd, as other companies, including Dragon, use the scale for some of their figures. Although some individual scales such as 1:8 and 1:12 have tended to dominate with figure kits, all scales from 1:4 up to 1:13 have been used at one time or another.


Thanks to Moebius Models for the sample kit.