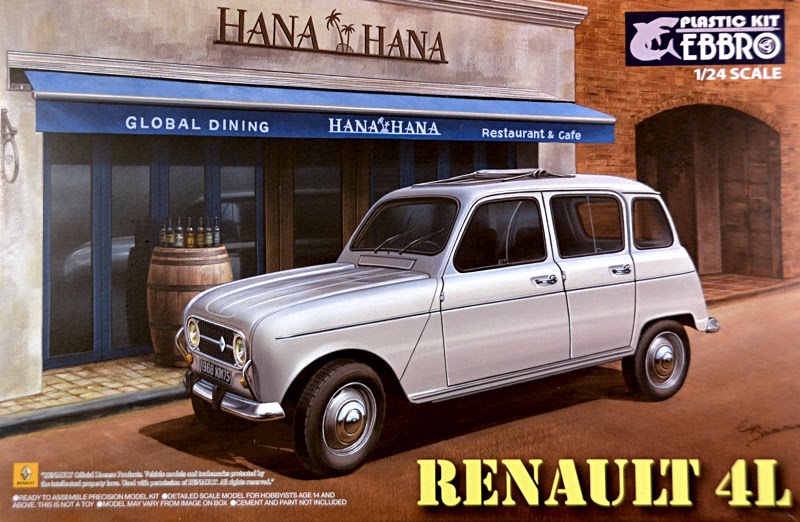 
Mat Irvine: There are actually two Ebbro kits on release here, the R4L saloon, and the Fourgonette van (below). These are issued purely as Ebbro kits, whereas the earlier Citroen van was based on an existing Tamiya kit, so came out under both model company brand names.

Renault 4L box (header, below). The French call it the ‘Quattrelle.’

The Renault Fourgonette box (below) is presented in an attractive portrait format, an uncommon treat for scale models. 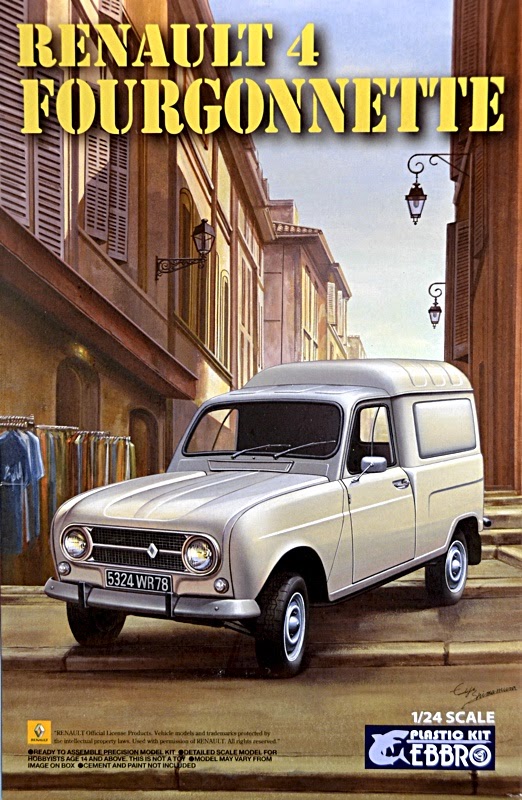 I’ll be writing a full review of this R4 pair soon, but in the meantime, what do you get? Well, each kit has more than 100 parts (R4L below) moulded primarily in injection styrene, plus vinyl tyres, metallized decals for the mirrors, and a photo-etch fret. 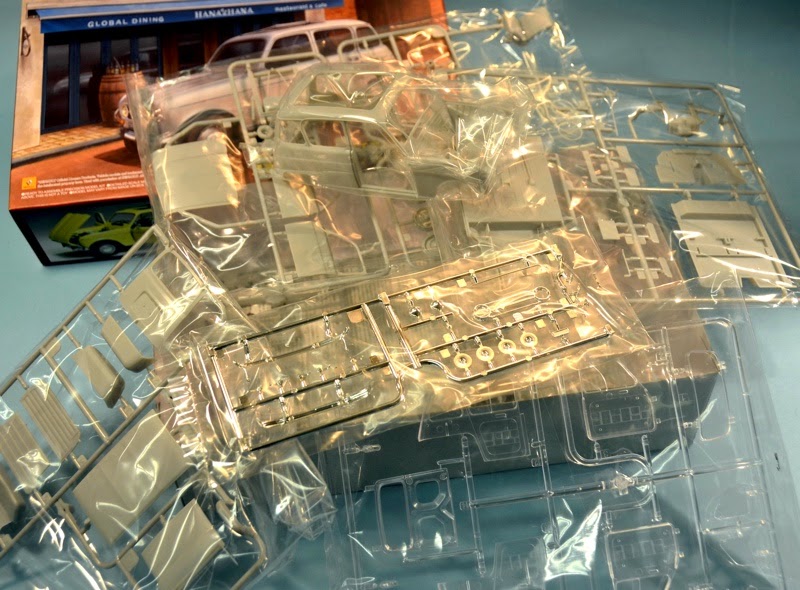 Both kits are fully detailed, each coming with a separate engine, full chassis and axles, and doors that can be posed open or closed. 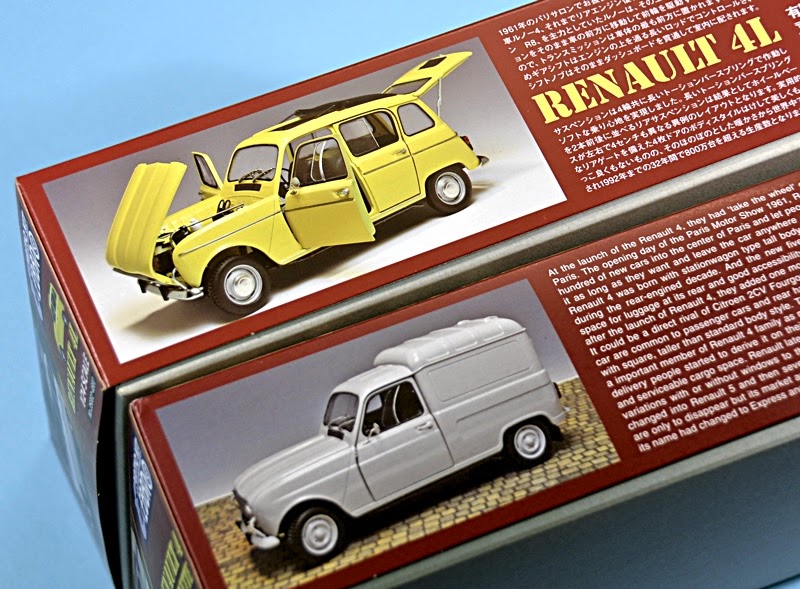 The box sides (above, below) show useful views of the assembled kits. The openable doors and other sections should make creating interesting dioramas that much easier, as no knife or conversion work is needed. 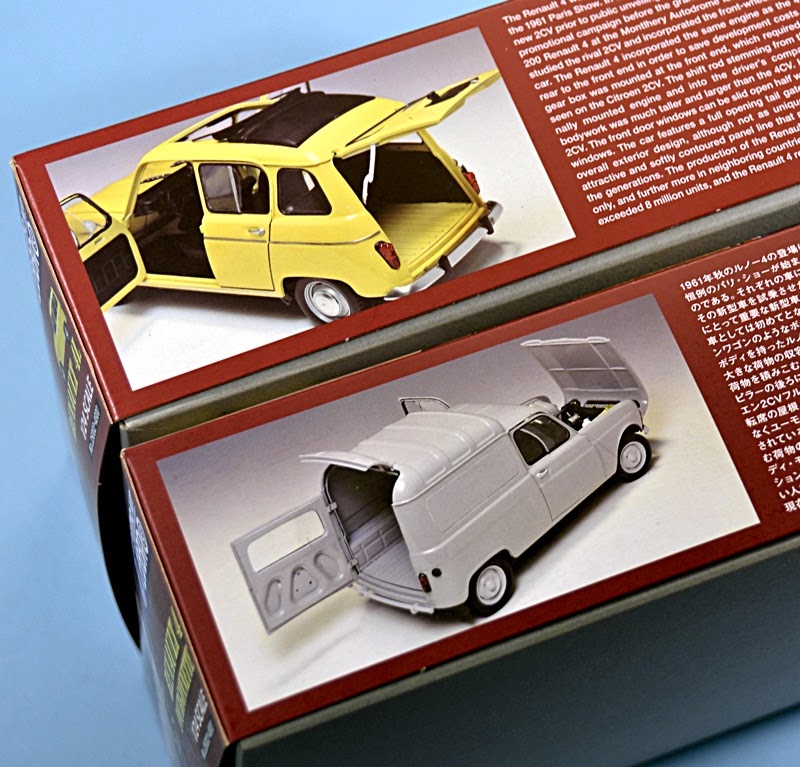 Closeup of the Ebbro logo (below) which includes a hungry-looking shark. 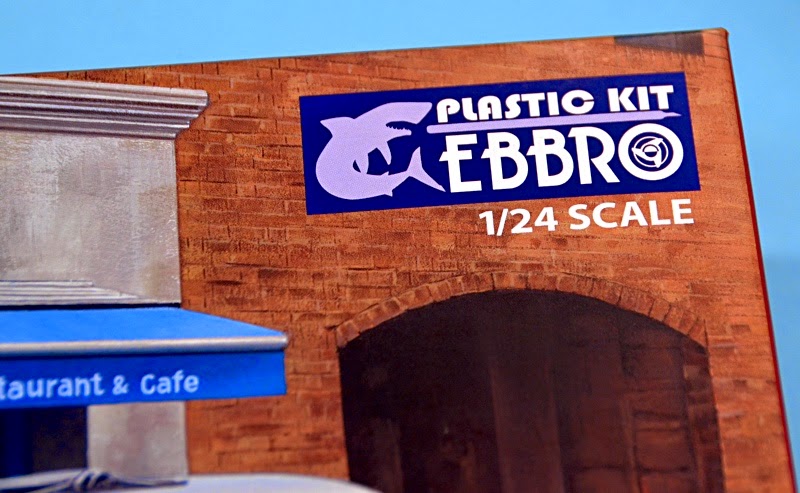 All in all, an excellent pair of models for any 1:24 scale fan. What is perhaps slightly odd, given that the Renault R4 range is an all-time French best-seller, is that it has taken a Japanese company to produce the first 1:24 scale kit.

Thanks to The Hobby Company for the samples.