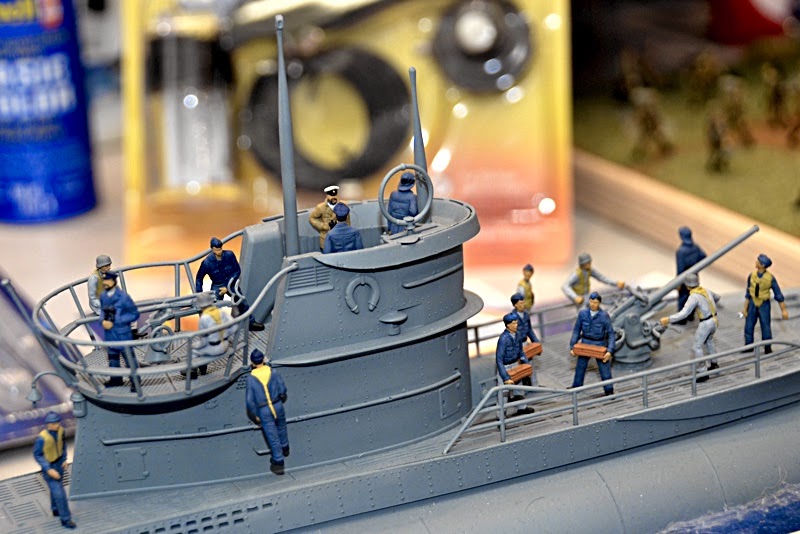 SHIPPING FANS HAVE some tasty Revell kits and accessories to look forward to in 2015. Of particular interest to naval modellers, the Revell 1:72 scale U-boat can now be displayed with a new-tool crew, made to the same scale. 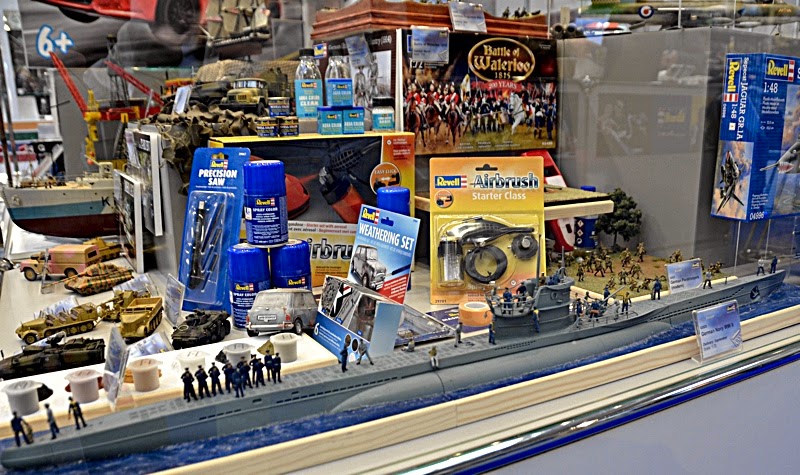 Mat Irvine: The giant 1:72 scale German wolf pack U-boat (header, above) was used on display at the 2015 London Toy Fair as a same-scale display base for a new-tool set of World War II German Navy crew members.

Adding scale figures (above, below) really brings the Revell U-boat to life, not only in adding a sense of scale but also to show the busyness displayed on all naval vessels as they prepare to leave (or when they return) to port. A huge value to this kit - and the figures - is that it is made to model aircraft-standard 1:72 scale, which opens the door (or lowers the gangplank) to all sorts of diorama possibilities.

Remember the U-boat docked in port we showed here? Last time we looked, the handsomely crafted display was still for sale - then again, the price asked by the shop is fairly stratospheric, being in the used-car league. 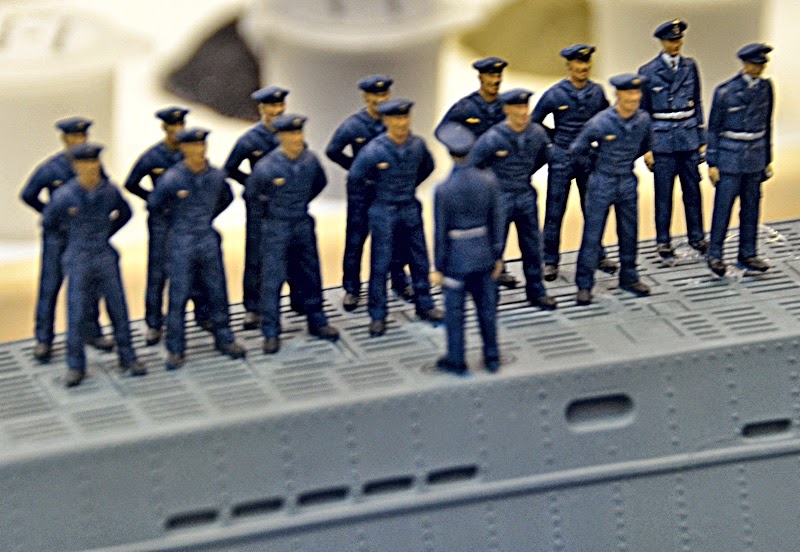 The RMS Titanic ocean liner is still a magnet for boat builders, and Revell satisfies that interest with this two-ship Gift Set. The smaller vessel is to 1:700 scale, the other to 1:1200 scale. 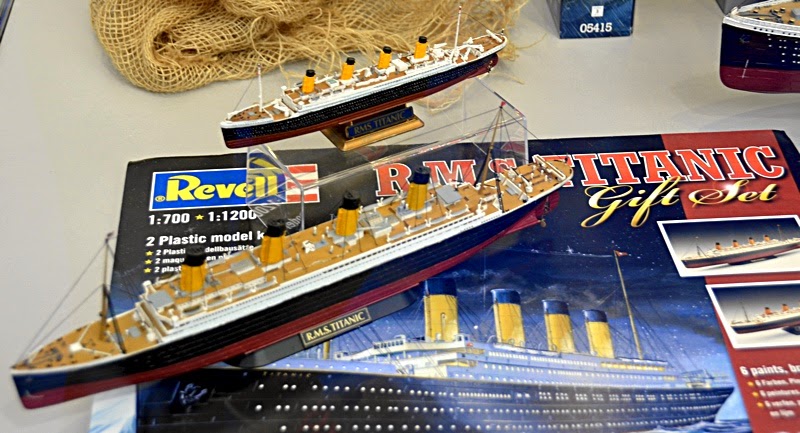 The 1:200 scale Offshore oil rig North Shore Cormorant was a groundbreaking structural kit when first released, and now it gets a reissue. Apart from being a impressively big display piece when assembled, the Cormorant makes a great source of parts for a scratch-builder to add to the ever-useful bits and pieces box. 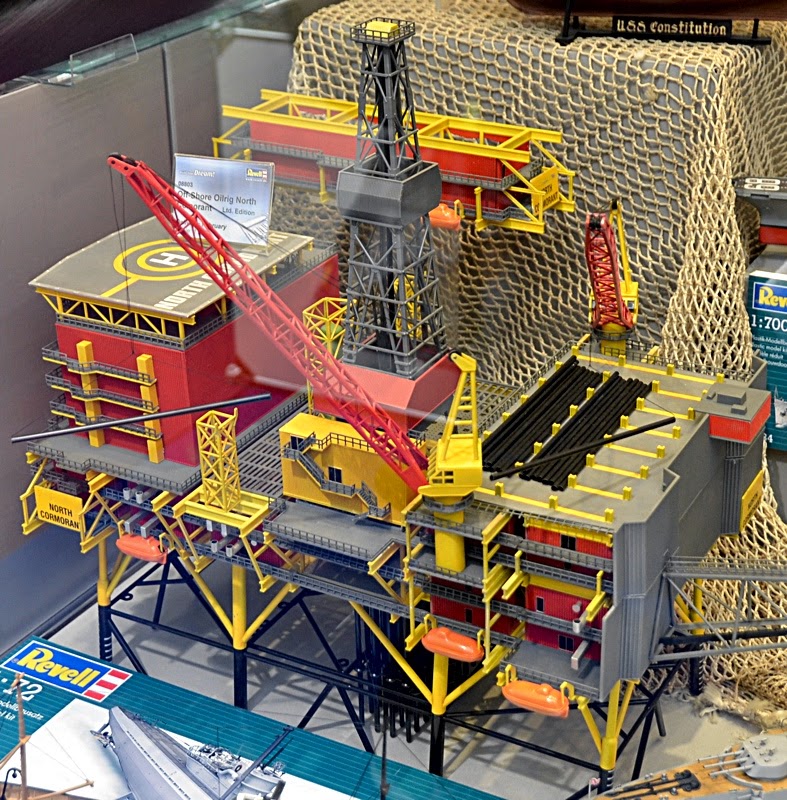 With 'Scandi Noir' being currently popular as TV drama, it’s perhaps relevant for Revell to add some Scandinavian history in the form of the shield-protected Northmen Viking Ship (below) and the Swedish Wasa (bottom). One of the first sailing ship kits from the original Revell company, the 1:110 scale HMS Bounty (below) was issued as, 'from the movie.' Now it's been given a fresh lease of life in reissue form, along with another period sailing vessel (bottom) the famed USS Constitution. 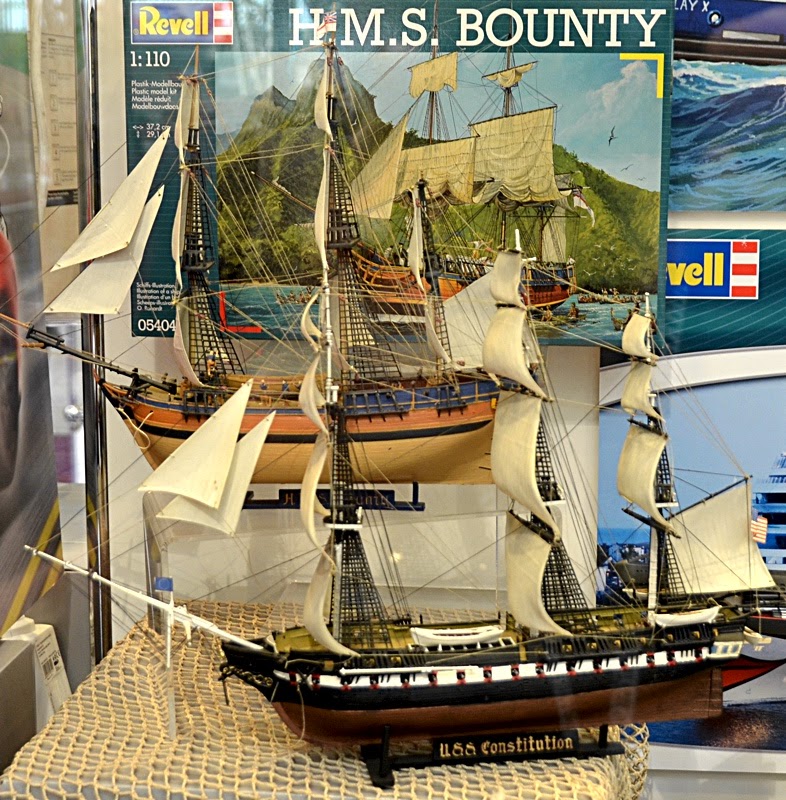