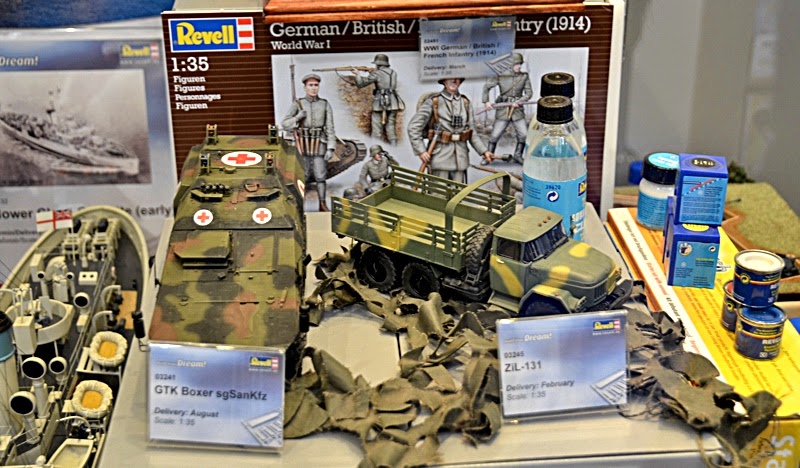 THE REVELL MODEL RANGE for 2015 is hugely impressive. Here's an update on what's in store for military modellers and much more.


Mat Irvine: Becoming available in stores now is a reissue (below) of the 1:35 scale Italeri British 4x4 Off-Road Vehicle Series II (109" LWB). It’s not clear why the kit is not simply called a Land Rover, as that’s what it is. No matter, it's a useful kit of an ever-popular subject, shown here finished in 'Pink Panther' desert camouflage. 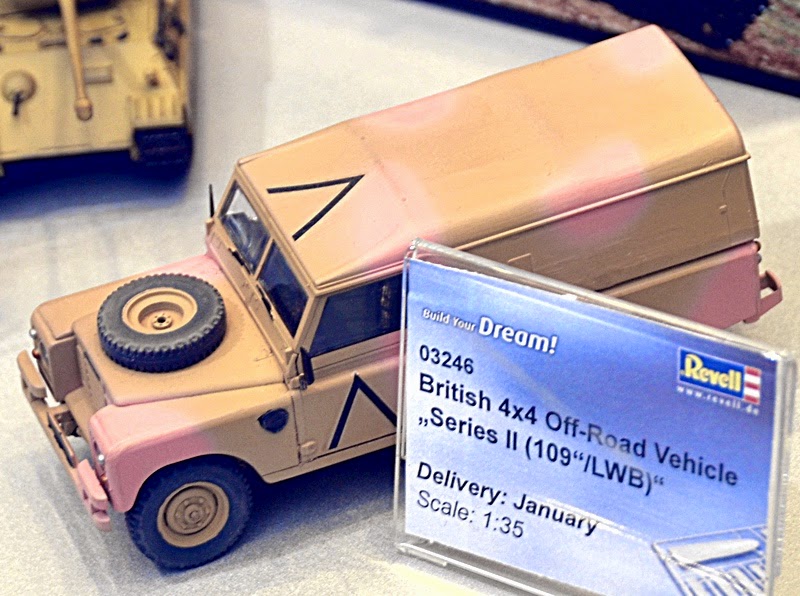 A range of Revell military kits for 2015 (below) including a brand-new - and hugely useful - 1:35 scale set of German, British, and French World War I infantrymen.

Revell aerosol paints (below) have been formulated as acrylics to conform to new regulations. However, they are now presented in usefully larger can sizes. 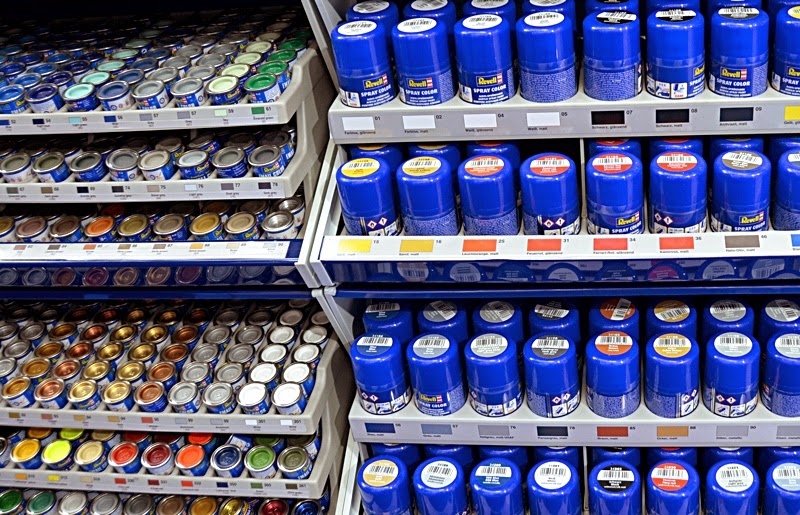 Revell Germany imports and distributes some of the Revell-Monogram range (below) including the ex-Monogram 1:72 SR 71 Blackbird, a big kit even in this scale. There's also a reissued 1:24 scale Gemini space capsule, and kit that dates back to the mid-1980s, the Monogram 1:144 scale USA-USSR Missile Set. Available now, the rectangular base supports nine US and 11 Soviet missiles. Despite having 20 missiles in all, assembly is a breeze with just 45 components. An impressive display is all down to precise painting and detailing. 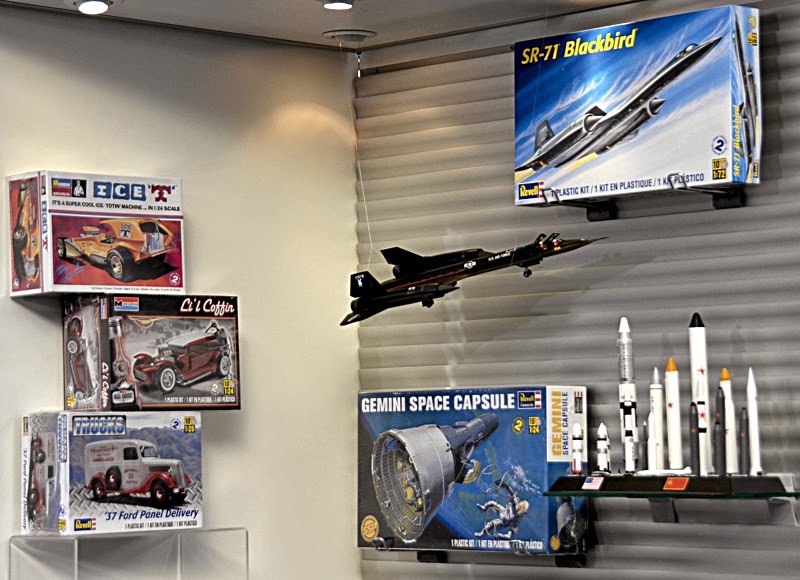 On the same corner display as the missiles are some custom cars (below left) and the giant-sized 1:4 scale Visible V-8 Engine. This ex-Renwal kit is one of the real classics of the scale model world. 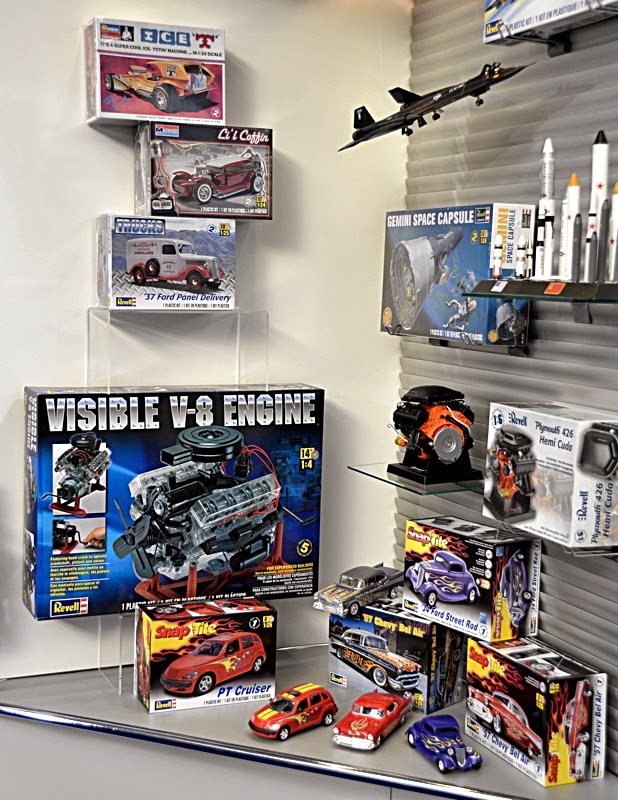 Paul Fitzmaurice photographs the contents of a Revell display case. Revell has entered the electric heli-drone craze (below) with a range of machines in four different sizes and designs. One of them is shown here, being test-flown just outside the Toy Fair stand. 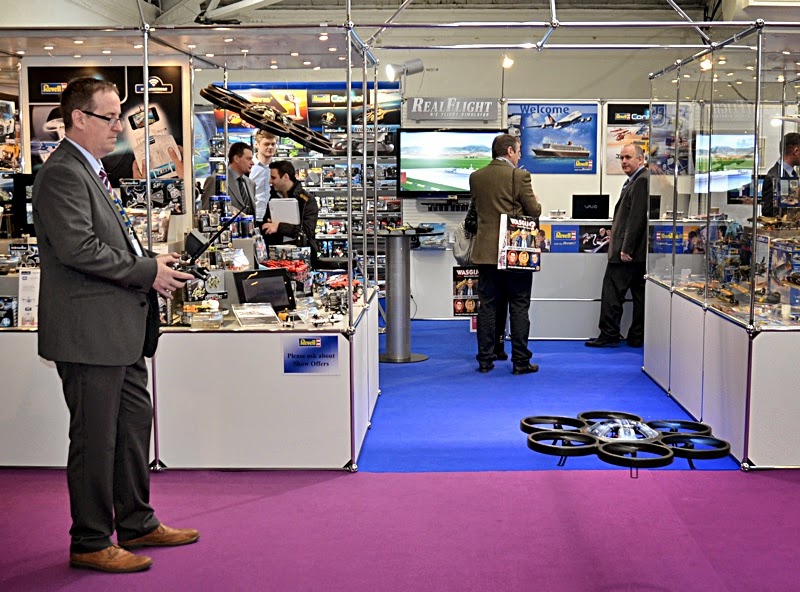