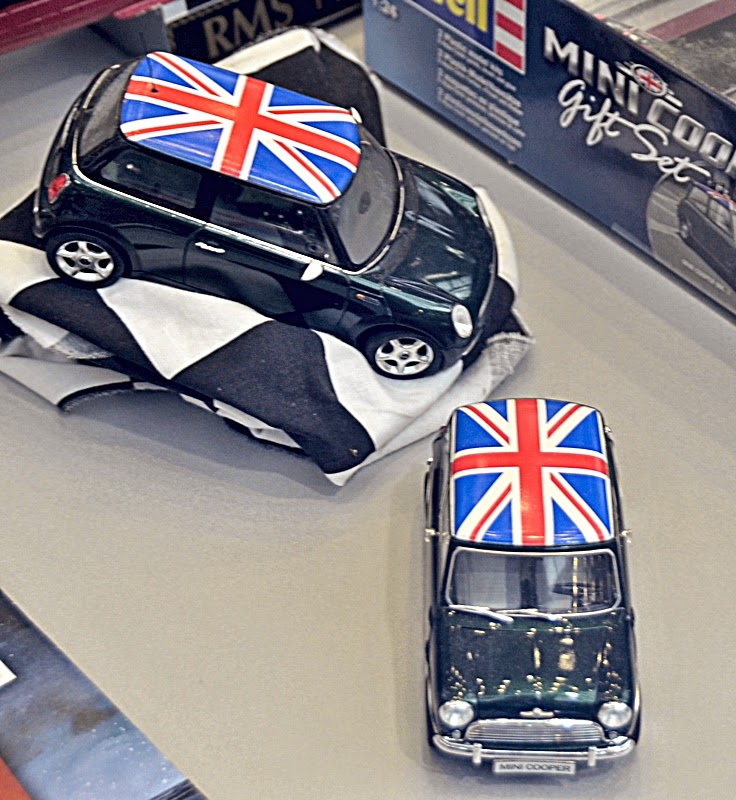 FOR AUTO MODELLERS, REVELL HAS a wide range of upcoming models in 2015. Among the kits are these two Minis, each decorated with a union flag, a widely available option for buyers of the real thing.


Mat Irvine: The Revell Build & Play pre-coloured, snap-together car kits (below) may be aimed at younger model fans, but they are accurate and look good when assembled. The models are to a useful 1:25 scale, so will find their way on to many displays to a similar scale. For example, the Mustang would look excellent next to a 1:24 scale Reno Racer Mustang kit. 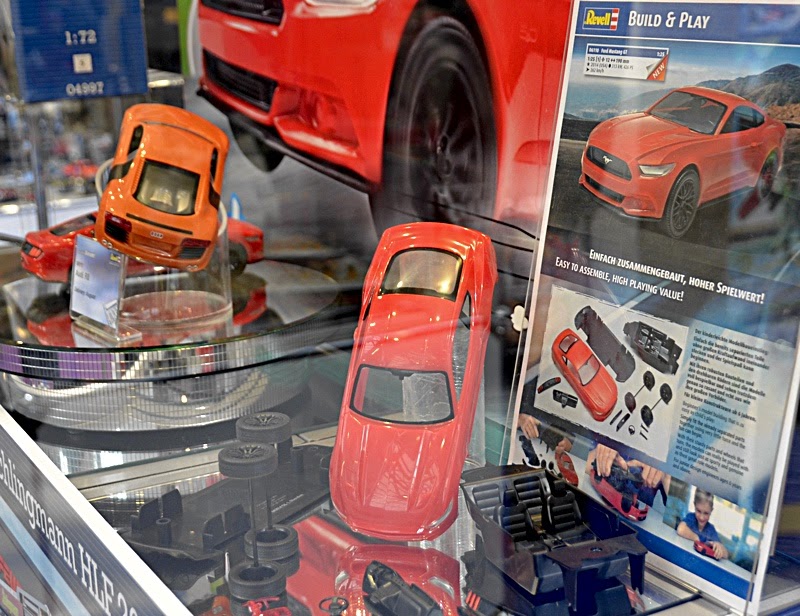 For modellers who wish to use traditional assembly skills, these two 1:25 scale current-generation US pony cars (below) should prove tempting. The automobile that started the trend (and earned the pony car label) is the 2013-model Ford Mustang. Its main rival in the US car market is the Chevrolet Camaro, here the ZL-1 version. Both kits are reboxed versions of Revell-Monogram originals. 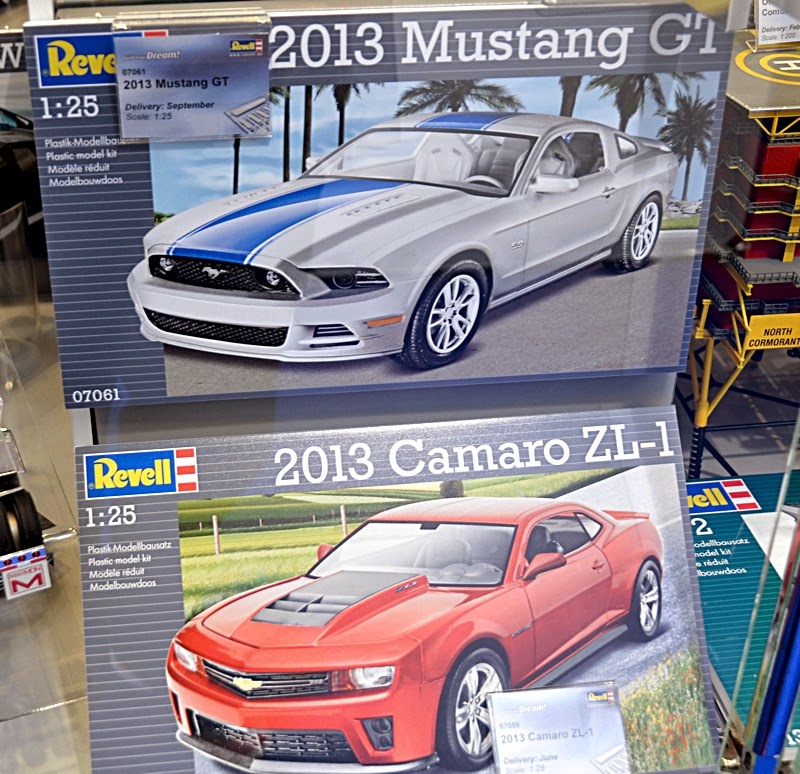 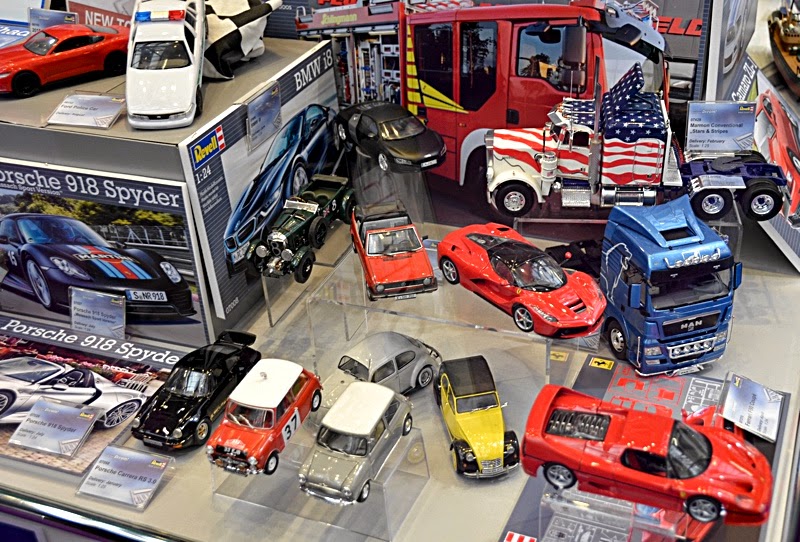 A mix of Revell automotive models (above, below) from across the years. They include a 1930s Bentley (from a Heller original) a pair of classic Minis, Citroen 2CV (an original Revell kit, not a reboxed Airfix/Heller or Tamiya model). Also note the Volkswagen Beetle, and reissued VW Golf Mk I next to the Bentley.

Bigger models (below) include the 1:24 scale trucks, subjects which really show off the dramatic size difference between passenger cars and heavy haulers. 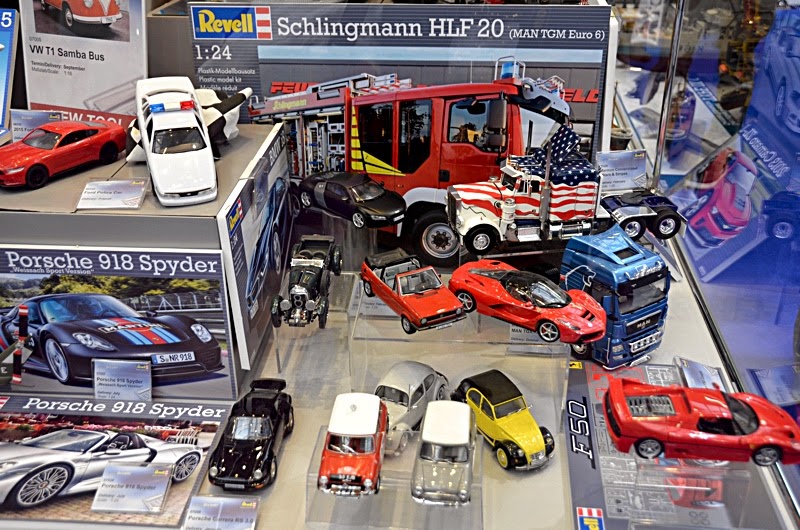 Revell makes both Mini versions (below) to 1:24 scale. These two are packed as a Gift Set, one model representing a 1960s Mk II, with (upper) a BMW Mini for comparison. The new Mini may be owned by German manufacturer BMW, but as more than 2.5 million have been assembled in Oxford, UK, the flag seems to be a well-earned addition.

Another Revell kit to 1:24 scale, the Porsche 918 Spyder comes in both open and closed versions, so take your pick - or build both. The striped racer comes in the livery of drinks-maker Martini, a prime Porsche backer in the 1970s. 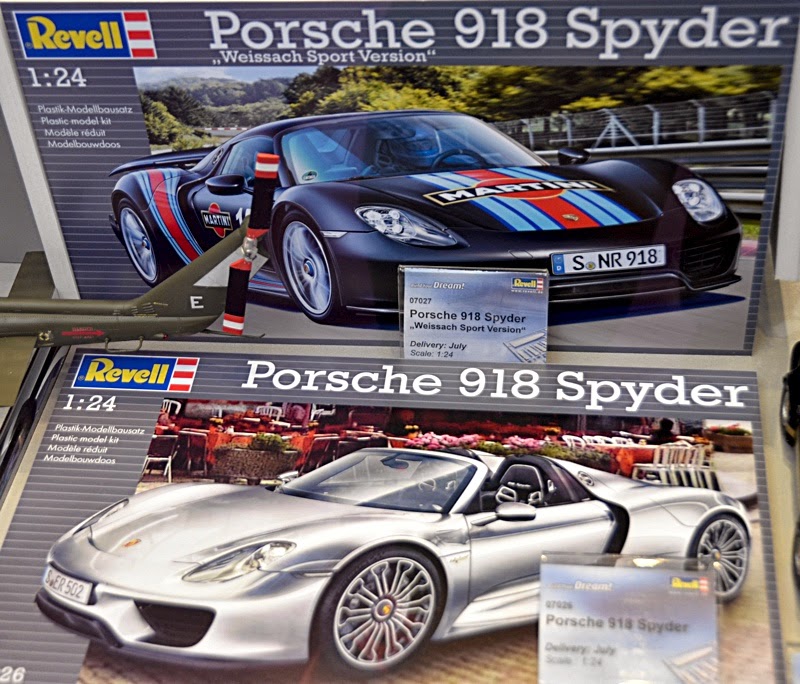 Brand new - and I nearly missed this one, as it looks just like its 1:24 scale smaller brother - the Volkswagen T1 Samba Bus (below) will be released in large-size 1:16 scale. This is probably the ultimate hippymobile, featuring the original split front screens and swooping vee-shaped two-tone nose. Gorgeous.