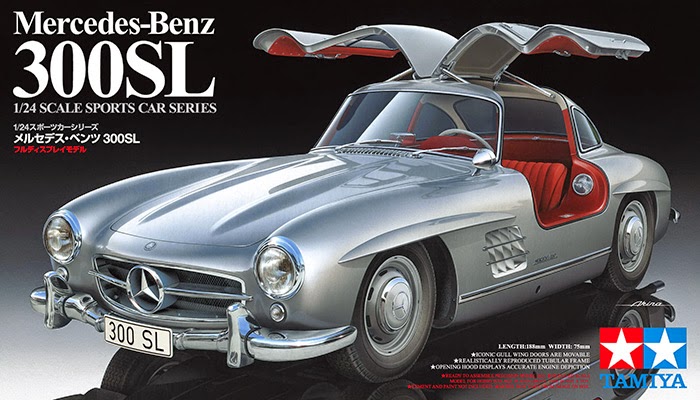 The Tamiya January 2015 announcement at the Nuremberg Toy Fair of its own 1:24 scale kit of the Mercedes Gullwing was a delight to hear.


Mat Irvine: The Mercedes-Benz 300SL kit will be a fully detailed static display model, produced with Tamiya’s usual attention to detail. The real car was built around a ‘birdcage’ tubular space-frame, and the kit (below) mimics this form of construction. 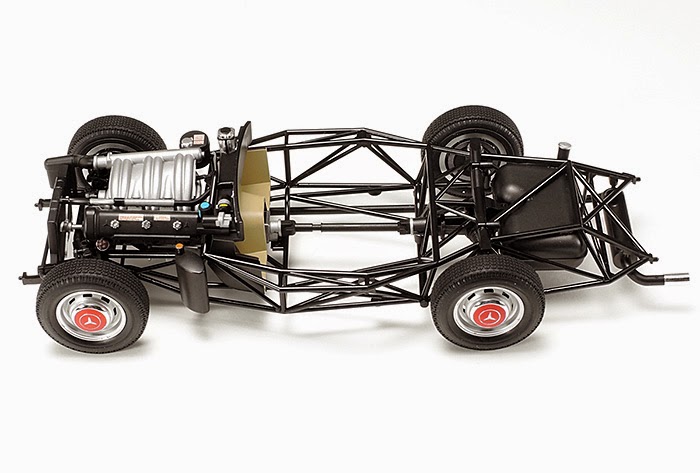 It was because of this birdcage structure that the car ended up with its distinctive lift-up gullwing doors. Conventionally-opening doors would have been more difficult to hang, so the top-hinged doors came about. On the Tamiya model, these can posed open or closed. 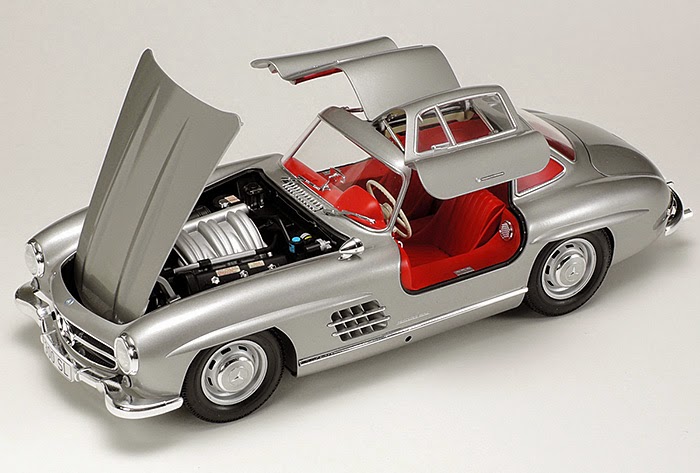 The fuel-injected straight six engine is also fully detailed, as is the interior. Plus the under-body pan is moulded in clear plastic, and can be left as such, so not to hide all that glorious tubular frame detail. 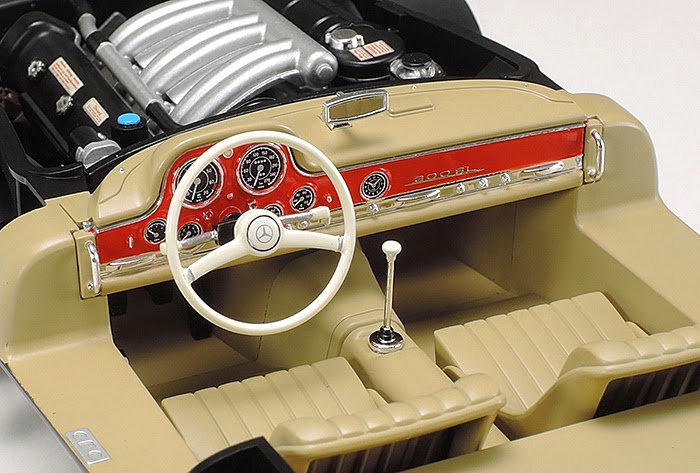 Metallized decals are included for wing-mirror glass, name plates and the distinctive Mercedes-Benz star. There is nylon mesh in the box, so that you can recreate the fine grille detail, and both European and US-spec licence plates are included. 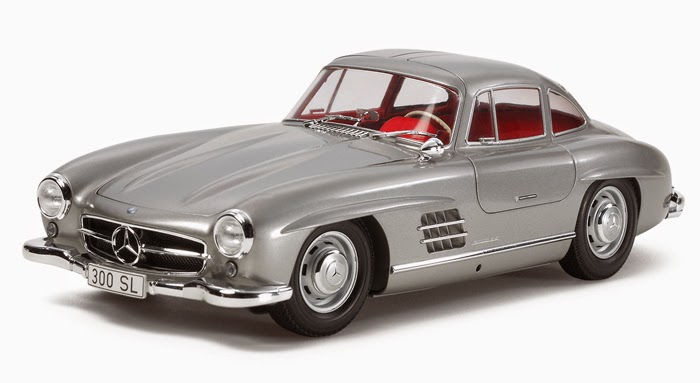 This is not the first kit of this car in 1:24/5 scale. AMT was the first (in 1:25) as its first non-US car. This was after the Cobra, but the actual nationality of that car is one for debate. Heller then did the 300SL in 1:24 scale, and later Italeri, also issued by Revell Germany. All were good kits, but the Tamiya one is likely to come out on top.

More on this Merc when we get our hands on the actual kit. 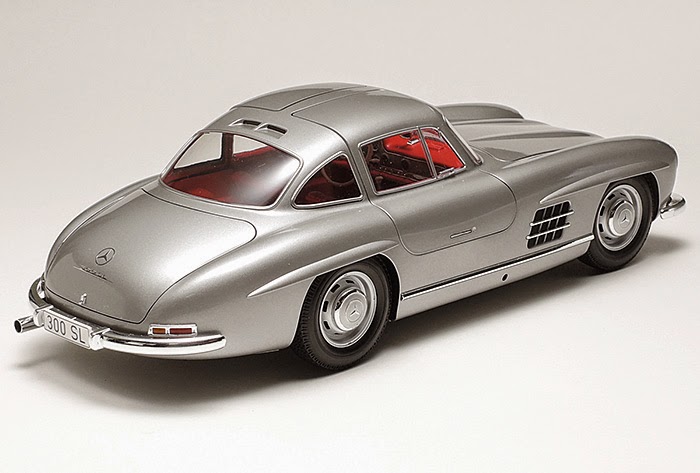