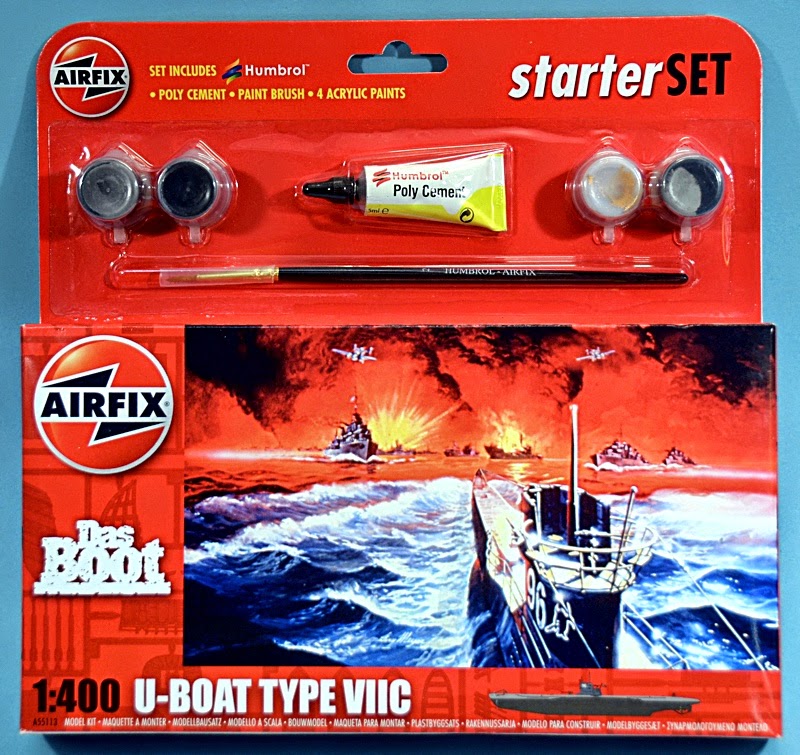 INTERESTED IN NAVAL MODELS? Well, here's a kit that may have slipped in under your radar. It features the submarine that featured in the 1981 German film Das Boot (The Boat) which tells the story of a German crew and their vessel during World War II.

Mat Irvine: The Airfix kit makes a small model at 1:400 scale, and it represents a type of sub that wasn’t particularly large in the first place, one of the points that the film demonstrates in showing the claustrophobic atmosphere on board. The kit supplies 52 parts (below) although only 36 of these are actually used. Some components are very small, so you do need to take great care during the build. 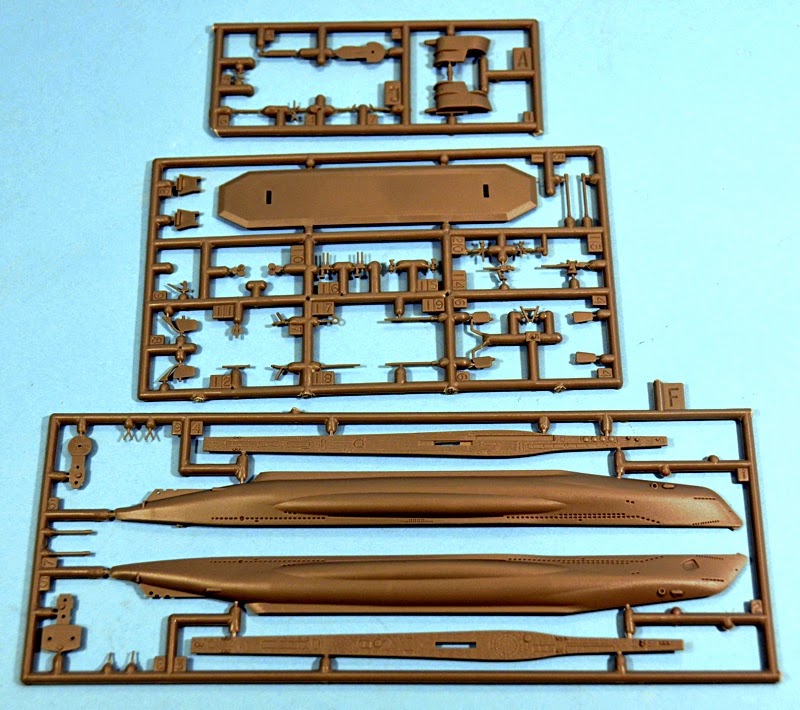 The comprehensive plans are in six stages, and the neatly-printed box back (below) shows the finishing scheme in colour. 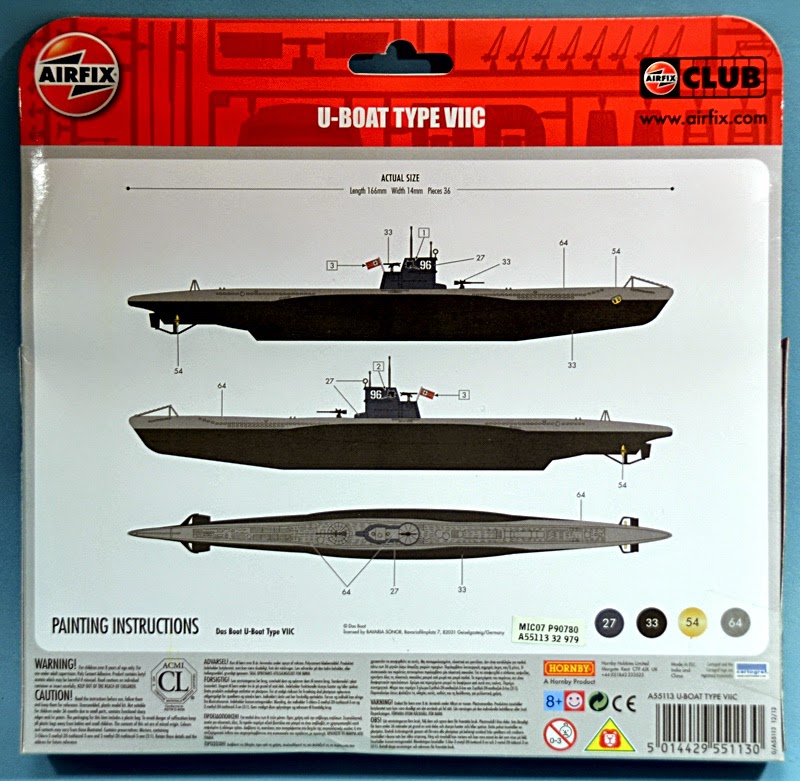 Perhaps the oddest thing about this kit, bearing in mind the fiddly nature of many parts, is that it is available only as a Starter Set. However, that does mean that four Humbrol acrylic paint pots, a paint brush and a small tube of cement are included in the package. 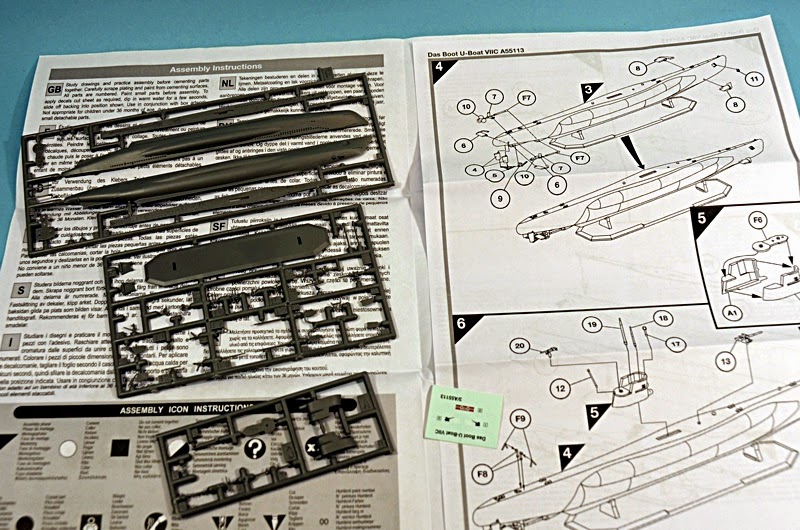 In the box (above) are comprehensive instructions, three runners of parts, and a small decal sheet. 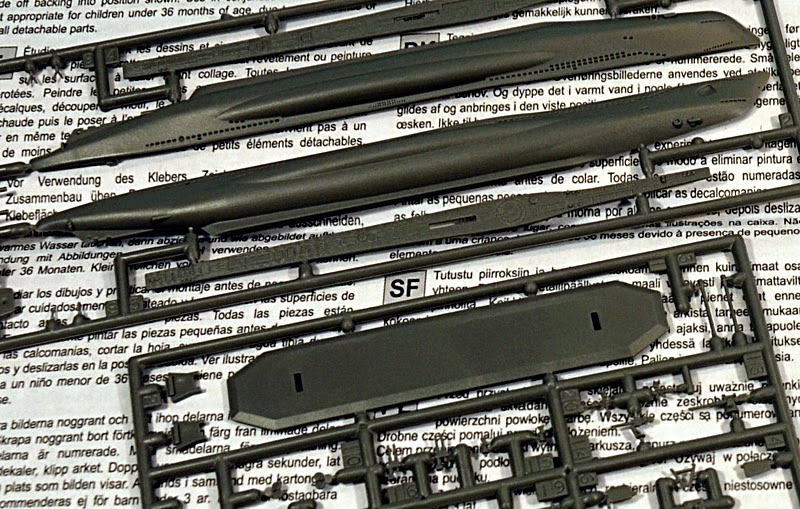 The kit is not an Airfix original, having been bought in from the Polish company, Mirage-Hobby. But that’s not an issue, as it’s a nice little model, though the emphasis is definitely on ‘little’. In many ways Das Boot would have been better in a larger scale, such as the 1:144 that is being used for ships now, though even that size increase would make it only about 400 mm (16 in) long. 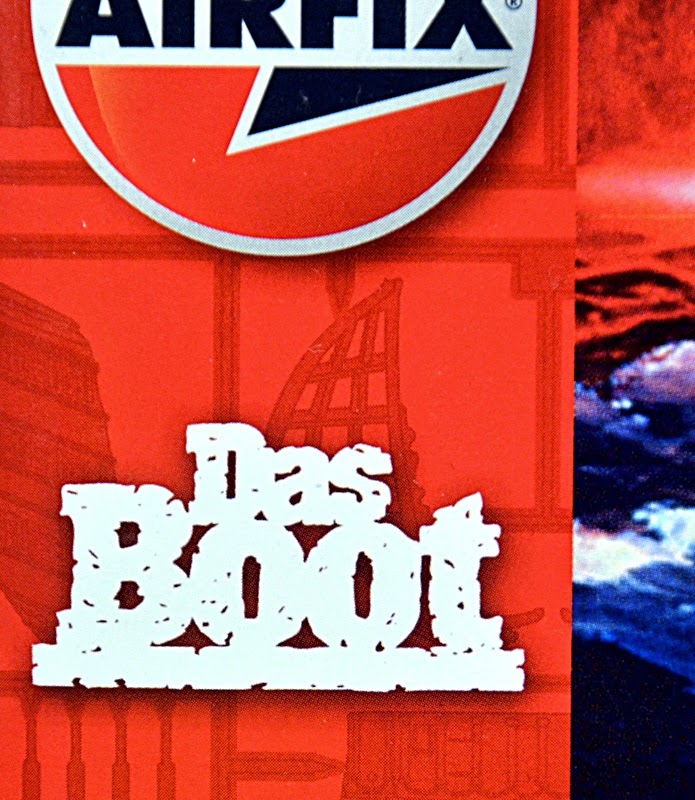 Mr J note: It’s perhaps a pity that the Airfix Das Boot couldn’t have been upscaled just a little to 1:350, which would then match other Airfix combat vessels such as the Trafalgar-class submarine or the light aircraft carrier HMS Illustrious. As it is, the only other ship in the current list to 1:400 scale is the 16th century Mary Rose warship (below). Perhaps there are more 1:400 scale kits in the pipeline though, which would make a lot of sense. 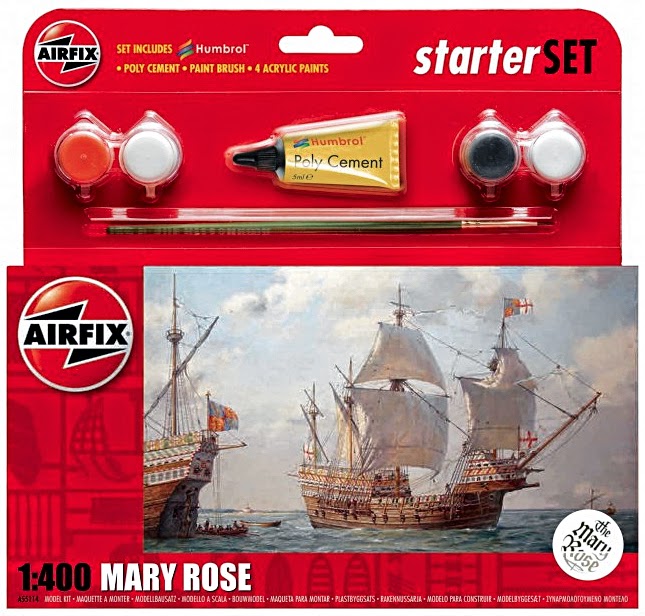 The Das Boot kit is presently on offer direct from Airfix here.

SMN note: If you haven’t seen Das Boot then we recommend it highly. Directed by Wolfgang Peterson, Das Boot is a highly realistic view of the deadly game of cat and mouse played by opposing sides during the Battle of the Atlantic in World War II. Five stars. 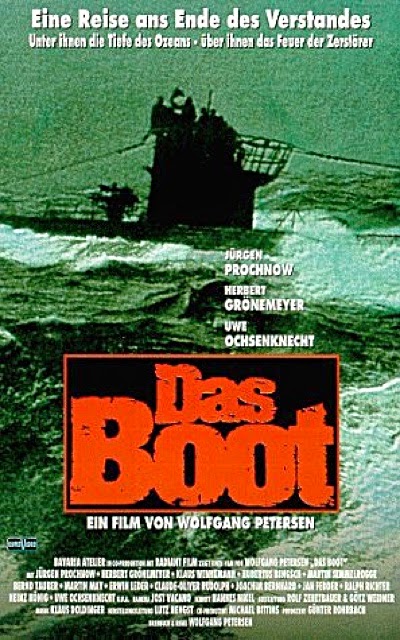 Movie posters in German (above) and English (below). 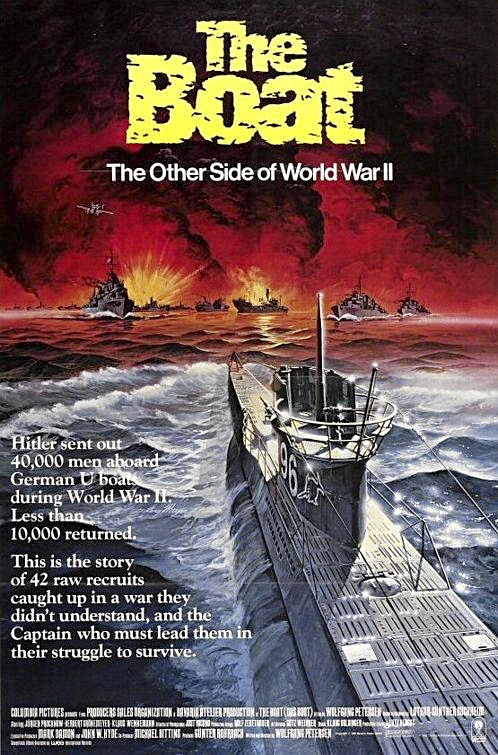