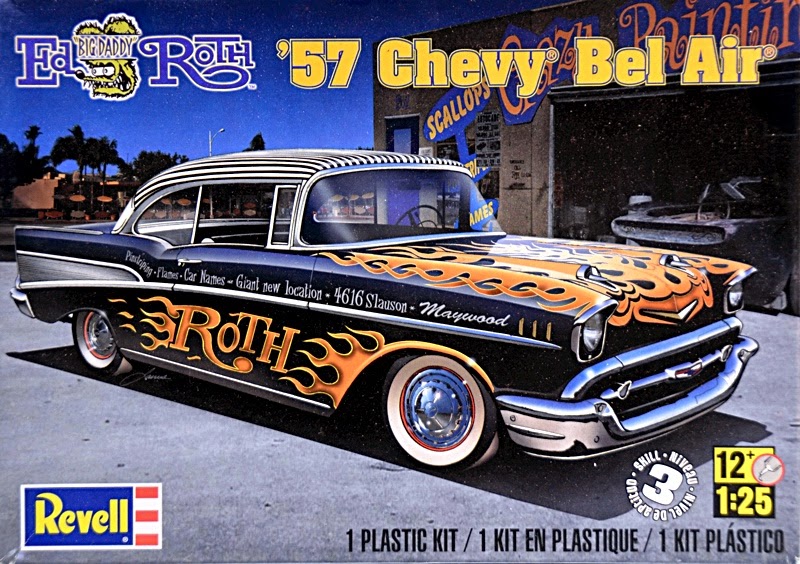 REVELL HAS REISSUED its original 1:25 scale 1957 Chevy Bel-Air kit as one of the creations of zany car customiser, Big Daddy Ed Roth, the ‘Rat Fink’ himself.


Mat Irvine: Although you might think of Ed Roth as the originator of some of the wackiest custom cars ever devised - Mysterion, Road Agent, Surfite, among others - he was a painter first and foremost, and used cars purely as a canvas to show off his artwork. 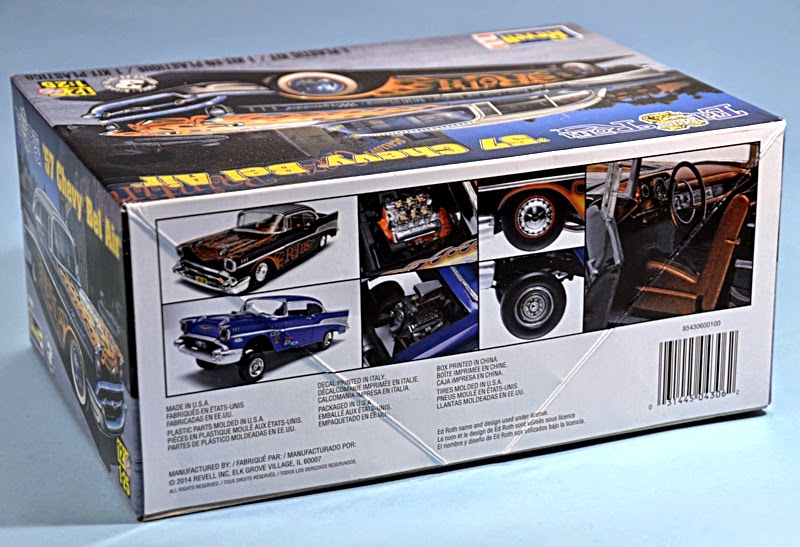 Ed Roth and two colleagues - Tom Kelly and Kelly’s grandfather, Bud ‘The Baron’ Crozier - had started The Crazy Painters pin-striping business in South Gate, California, in 1957. But Ed needed a practical mode of transport, and his work with The Crazy Painters earned him enough to buy a brand-new 1957 Chevrolet, the car depicted in this Revell kit.

Making the kit is generally an easy business. With gloss-black paint applied (below) and some of the ‘chrome’ trim from Bare-Metal Foil, the body is starting to take shape. Note the large brightwork area on each rear fin is made by applying B-MF’s Matt Aluminum, not Chrome. 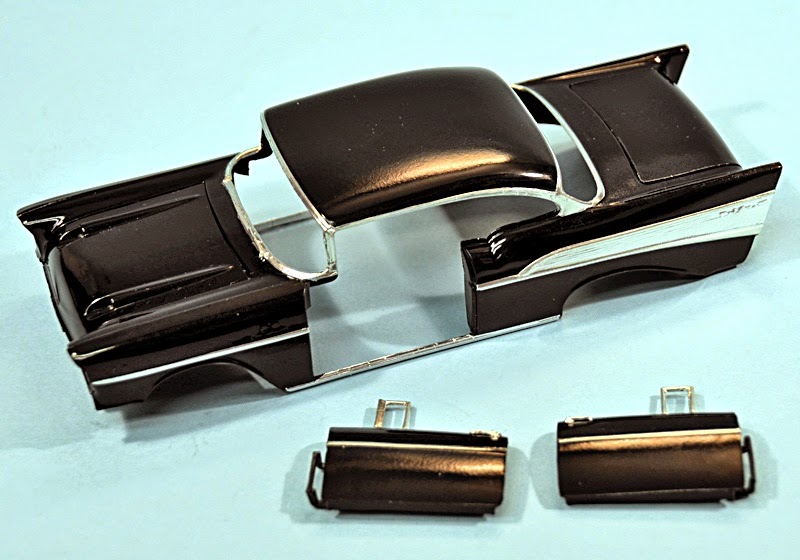 As supplied in the box, the Chevy is stock, but of course Ed added all the paint details to advertise the pin-striping business, and Revell has accurately reproduced them here, via a very large decal sheet.

The car body (below) is shown with most of the decals applied. Even when placed over the gloss-black finish, the decals are dense enough to cover the dark background well, with little or no show-through. 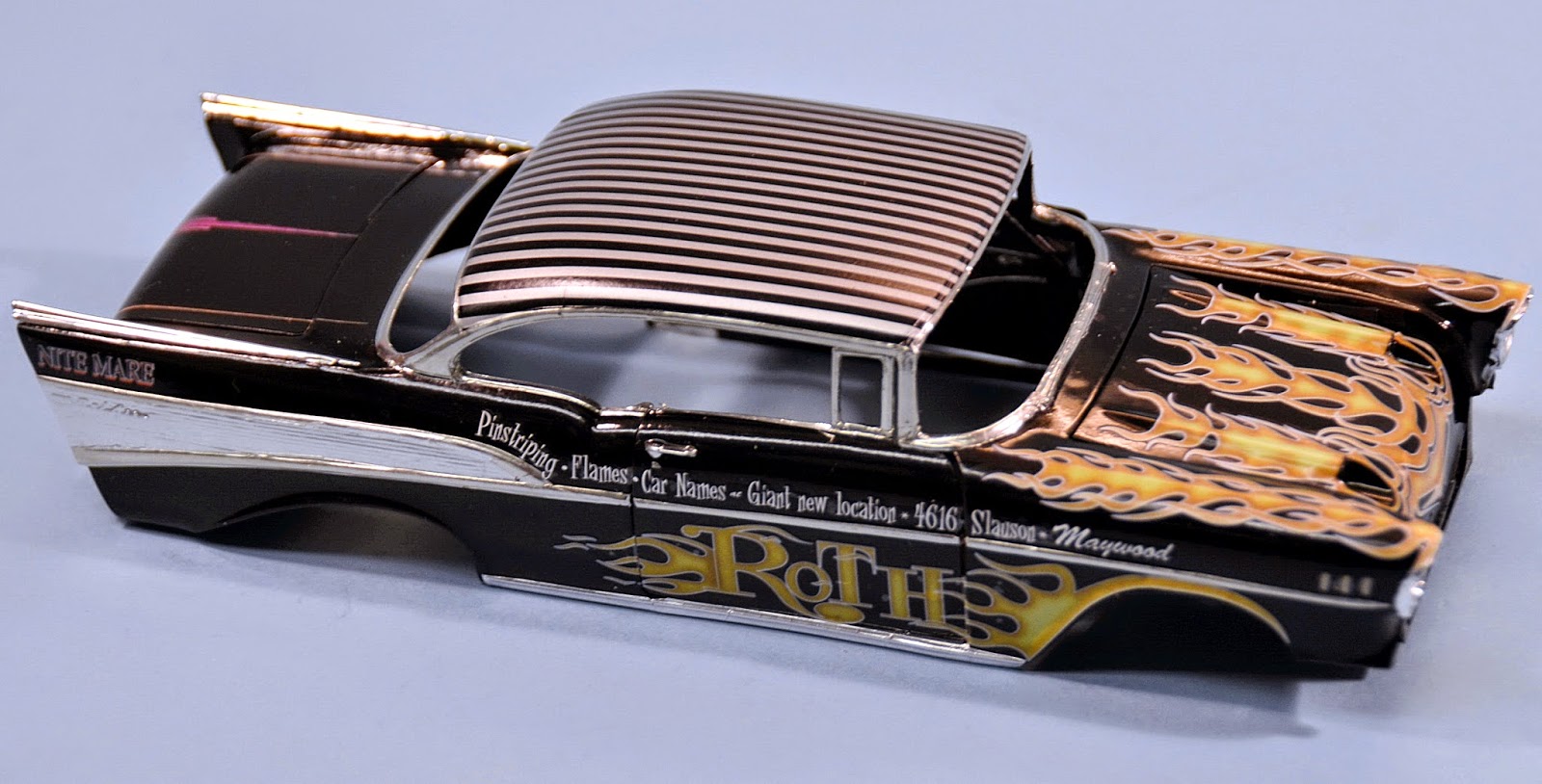 This 1957 Chevy kit is a reissue of the original one that Revell made in the 1960s, rather than the recently issued new version. However, despite its years, this Ed Roth kit is actually very detailed, and besides the opening hood, it features opening doors and trunk, which the newer kit lacks.

The finished model (below) looks impressive when completed with all the decals supplied on the comprehensive sheet. 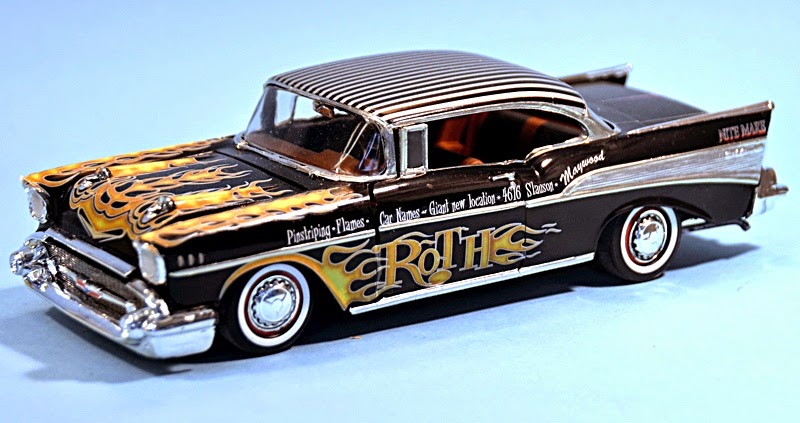 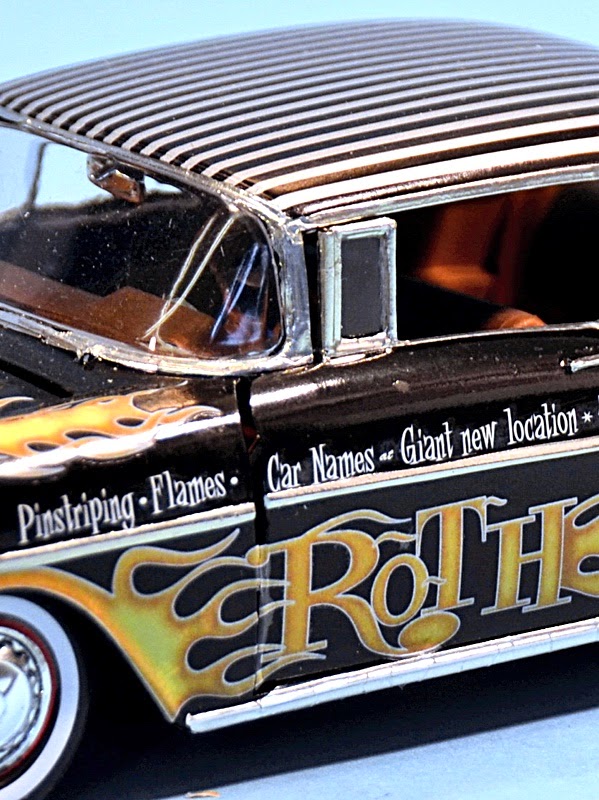 Summation
The tooling may be old, but still makes up into a good representation of this top-of-the-range Chevy, though with items such as the opening doors you may find best to cement them into place. 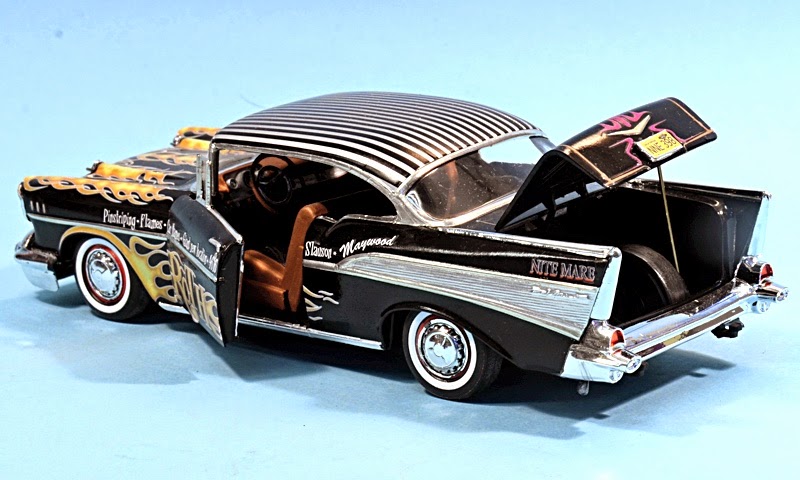 An ideal setting for the Ed Roth Chevy is the card garage diorama (two pictures below) that Revell supplied with the large Rat Fink kit. The other car in the garage shown is Tweedy Pie, another Revell kit. 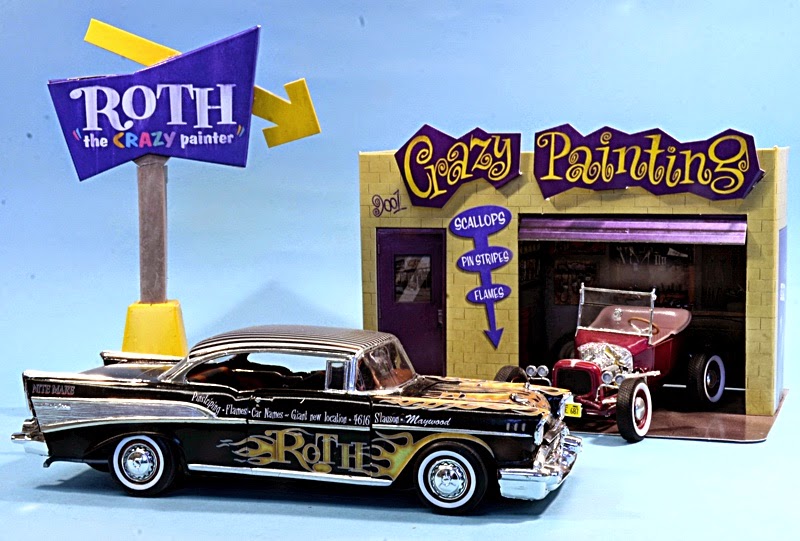 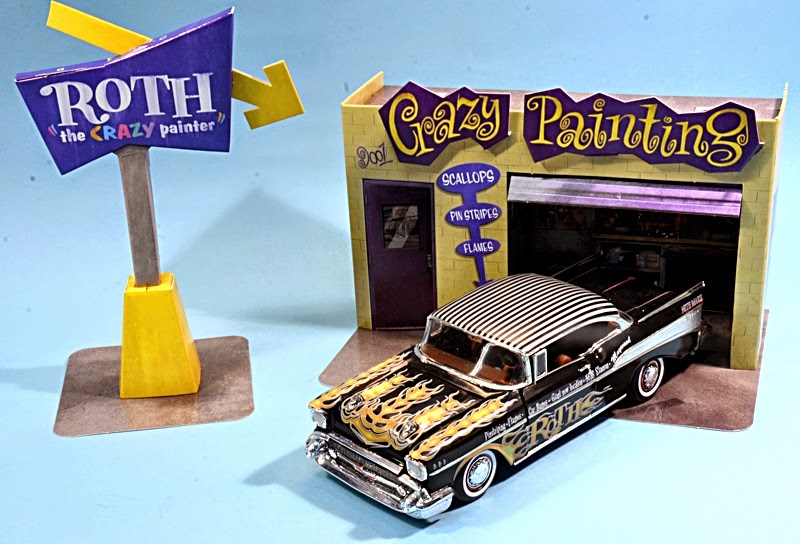 The real thing (below) as pictured in the book Hot Rods by Ed ‘Big Daddy’ Roth, published by Motorbooks International. 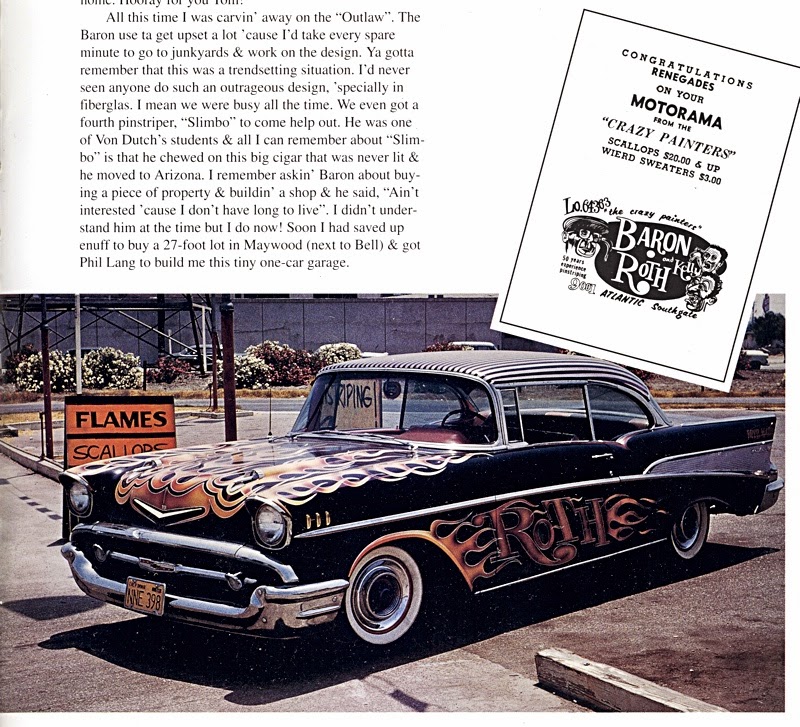