BACK TO THE FUTURE WITH THE 1:24 SCALE FUJIMI FUTURE CAR 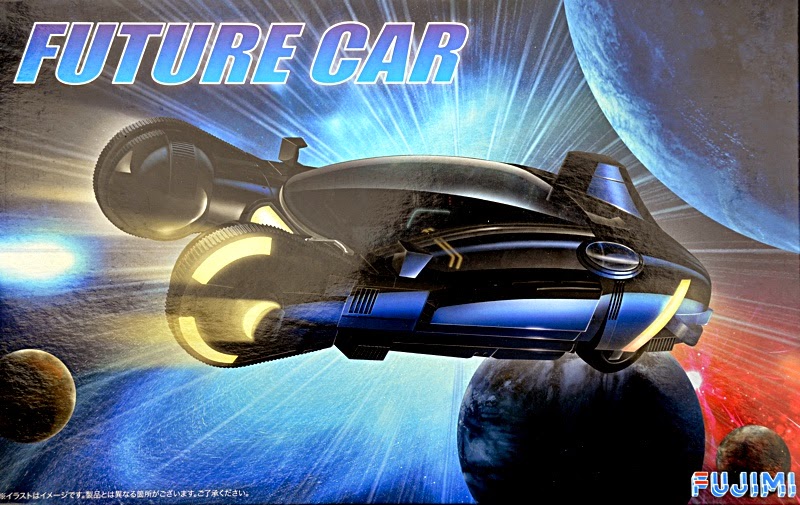 IF THIS MODEL LOOKS familiar, it should be, for is it is a renamed Police Spinner from the classic science fiction film Blade Runner, already made as a kit by Fujimi.

Mat Irvine: But then why is this one called ‘Future Car’? This is because it appears in Back to the Future Part II, the second one in the trilogy that really is set in the future, where the car is seen briefly - very briefly - parked in a couple of scenes as, well, a parked car. 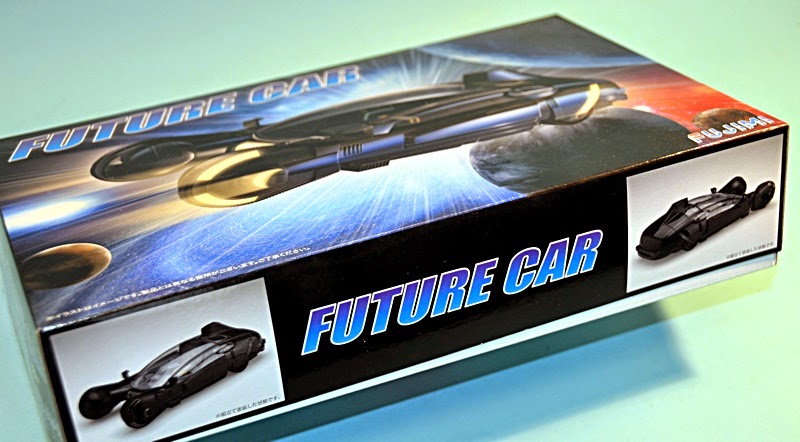 The kit - as the Police Spinner - has already been reviewed here, and the Future Car is, as far as the parts go, basically a straight reissue. No markings or special paint job are required, and some of the exterior details are not required - just build it ‘out of the box.’

Cleanly moulded components (below) are a Fujimi hallmark, including red and blue transparent light units. 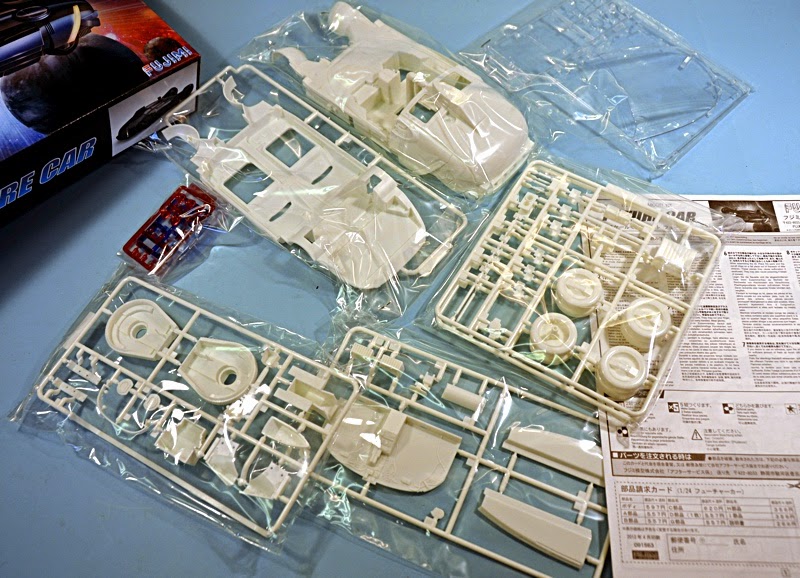 Incidentally this is not the only ‘re-used’ Star Car to appear. The car built for the The Last Starfighter movie was built, as was the Spinner, by customizer-king Gene Winfield. It made an appearance in Back to the Future as did the George Barris Supervan, the latter seen actually being driven.

The kit has comprehensive instructions (below). 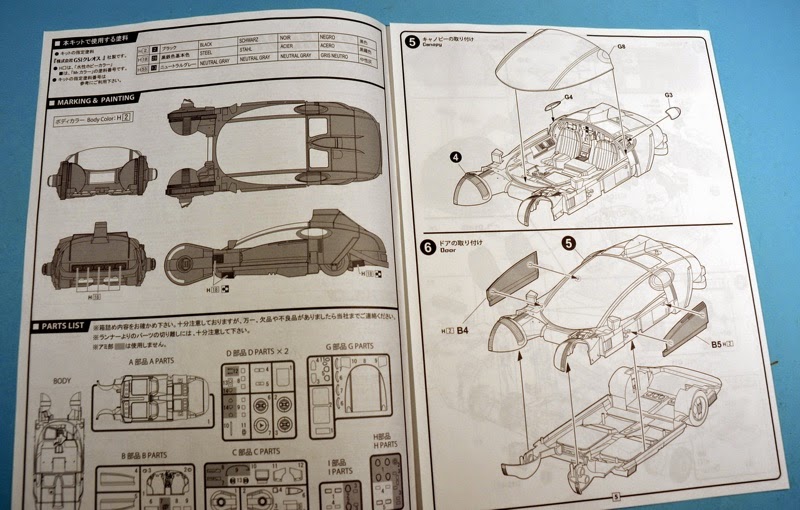 A number of actual concept cars and modified Ford Probes and Mustangs are also visible either parked or being driven around the town square. Seen (below) is a Spinner parked in a shopping street. 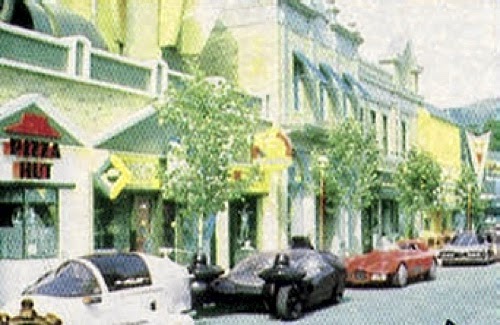 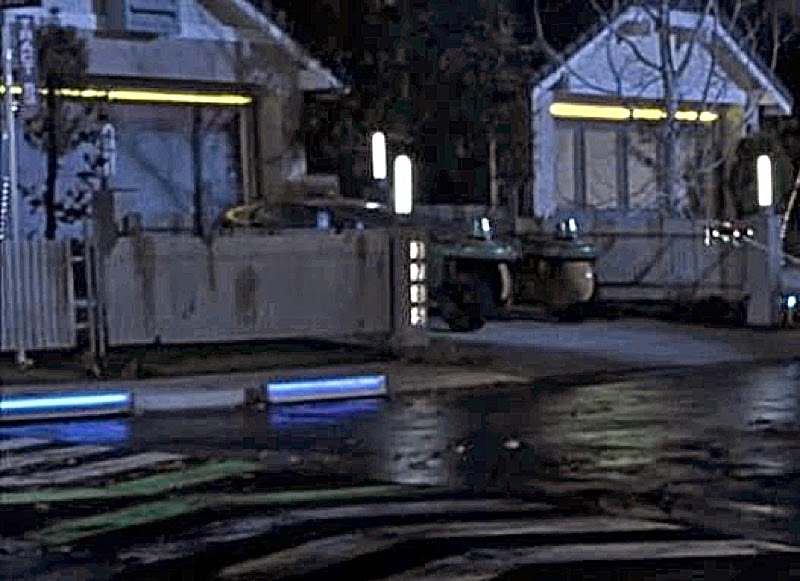 Future cars lurk in driveways and parked on streets (above, below). 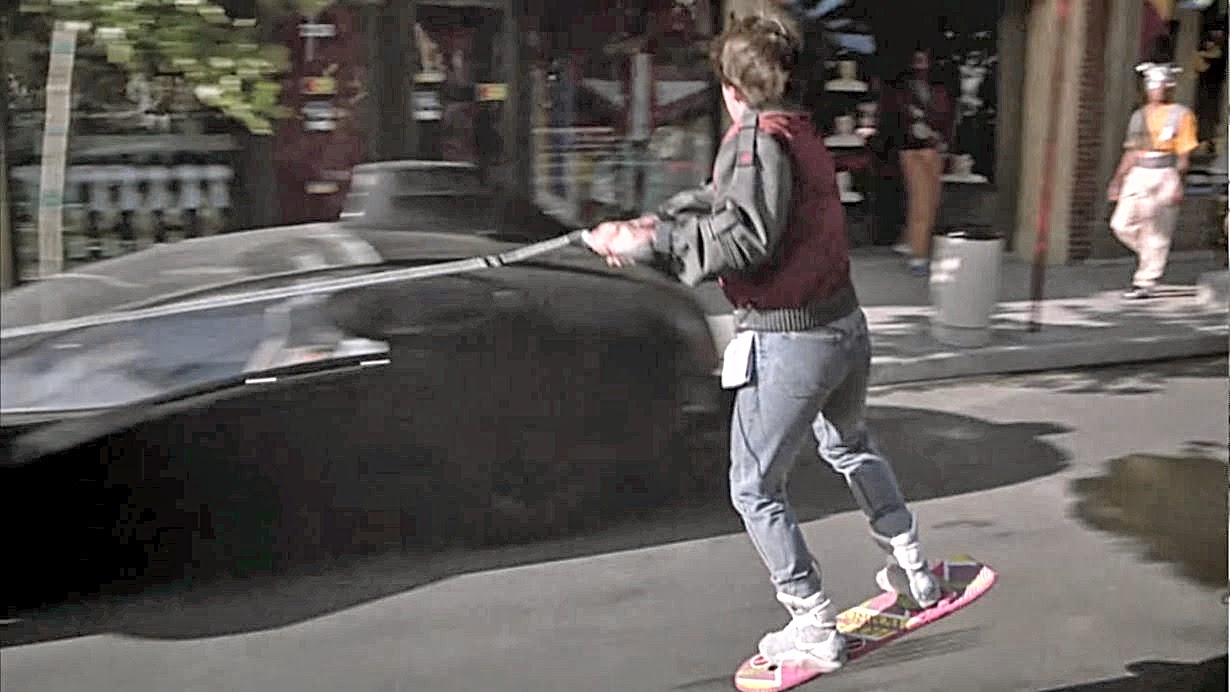