SPRINT INTO SPACE WITH THE AOSHIMA 1:200 SCALE EPSILON LAUNCH ROCKET 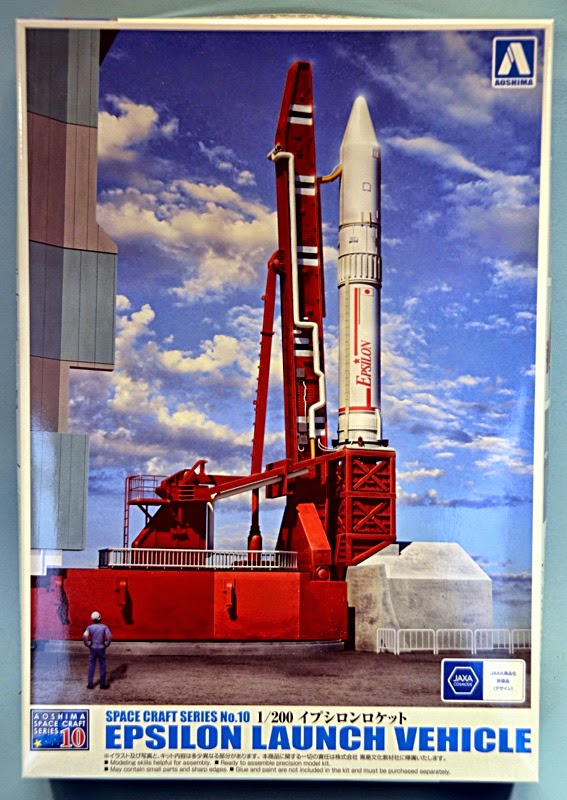 Aoshima seems to be the only kit company coming up with regular brand new items in the real-space field. This one is the tenth in its Space Craft Series, and features the Epsilon, Japan’s latest launch rocket.

Mat Irvine: The Epsilon is a small satellite launcher that uses solid fuel stages for the first through to third, with an optional liquid fourth. To keep costs down, the first stage is actually a modified booster from the larger H-II Japanese launcher, also kitted by Aoshima.

Moulded in white, red and transparent plastic, the kit makes up into the rocket itself plus a launch pad. The latter includes the launch rail, pad, and blast trap. This all sits on a revolving base. Usefully, two metal weights are supplied to add to the base, to help keep the assembled structure stable.

The rocket can be built with an opaque exterior, but the upper stage payload shroud is also moulded in clear plastic, to display the supplied satellite model. This is the Spectroscopic Planet Observatory for Recognition of Interaction of Atmosphere (SPRINT-A) that once it was placed in orbit, was renamed Hisaki. It is an ultraviolet astronomy satellite, operated by the Japan Aerospace Exploration Agency (JAXA). 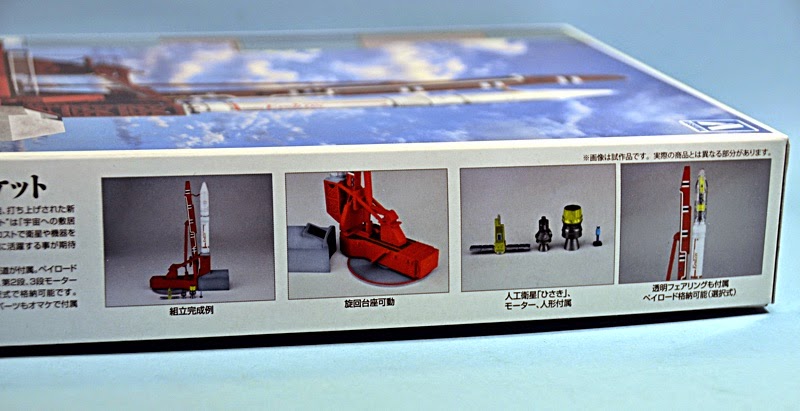 As with the existing Aoshima H-II model, this latest kit assembles to make a neat little model that sits easily on any shelf, with the emphasis on ‘little’. Unfortunately, Aoshima seems to have reinvented the ‘fit the box’ style of model kit that most manufacturers abandoned in the 1960s. All the kits in this Space Craft series are in the same size boxes, which has meant that scales are not constant.

For example, the H-II is 1:350 scale, whereas this Epsilon is 1:200. Given that neither rocket is all that large anyway, it’s a pity they could not both have been made to conventional 1:144 scale. But at least 1:200 is also an airliner scale, and you can also get Space Shuttle kits from Hasegawa and Lindberg to match, as well as a full set of US manned launchers from AMT.

Comprehensive instructions (below) show the breakdown of satellite payload components. 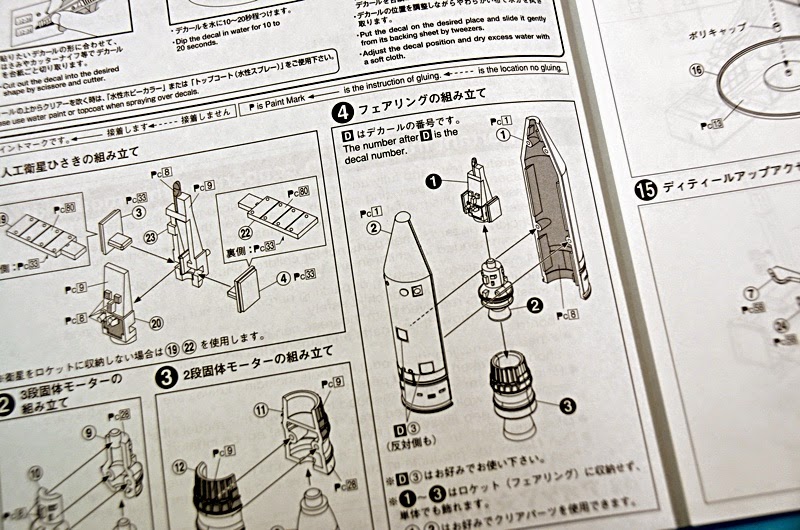 The components include two metal objects (lower right below) which are the weights, included for stabilisation purposes. 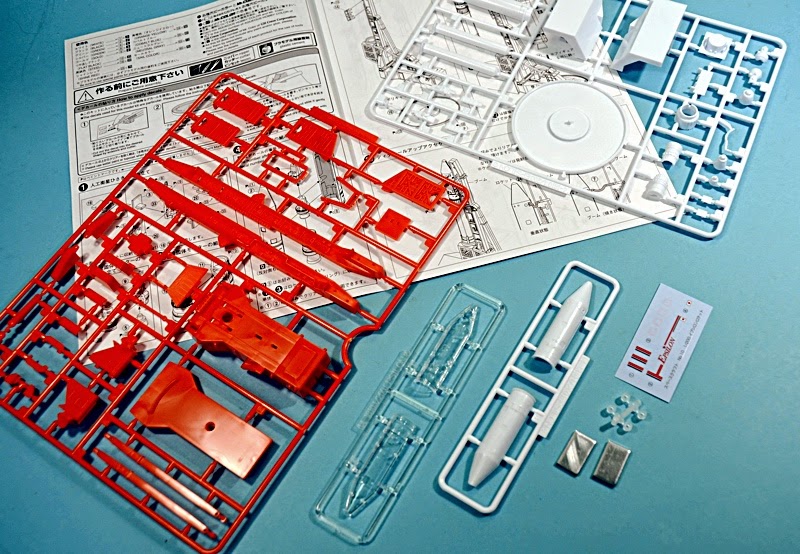