THUNDERBIRDS ARE GO - MODELS THAT MADE IT BIG

WE MOSTLY THINK OF MODELS as miniature versions of the real thing, 1:72, 1:48, 1:87 and so on. Well, every now and again, the models get their revenge and make it the other way round - from small-size original to full-size 1:1 realization.


SMN report: Here we feature the Thunderbirds movie from 2004, which featured some full-size versions of Gerry Anderson's miniatures from the TV puppet series.

The video (below) not only shows a number of 'dream car' designs produced for the motor show circuit, but also takes a sneak peek at updated and redesigned Anderson vehicles. These include a super-sleek updated version of the original bubble-top six-wheel Rolls-Royce FAB 1, driven by chauffeur Parker for the female boss he called, "M' Lady" Penelope.

Under the skin, the pink movie car was actually a Ford, but it still looked pretty good to our eyes. You can see it in closeup in the movie (below).

Lady Penelope's FAB 1 is presented (below) in 1:32 scale model form, which means that it would sit well with cars from the Airfix range, among others. 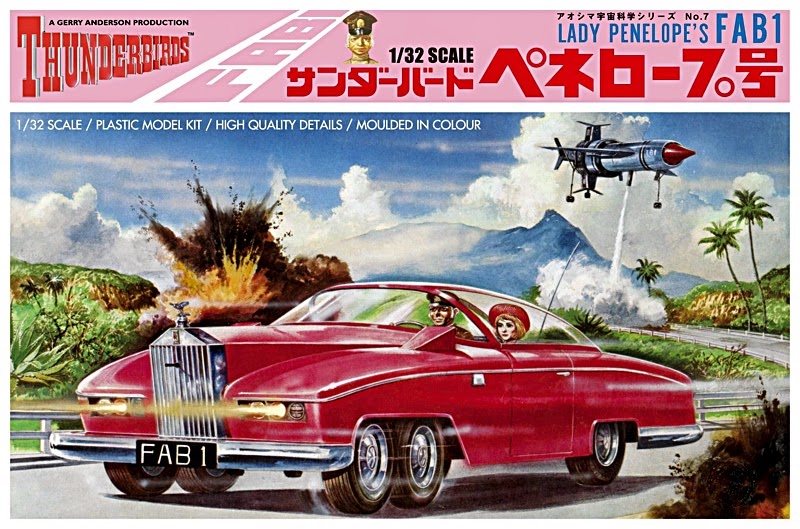 These terrific 1:4 scale figures were displayed at the smallspace show in 2012. This year's smallspace event is coming up on July 12, and you can keep an eye on things here. 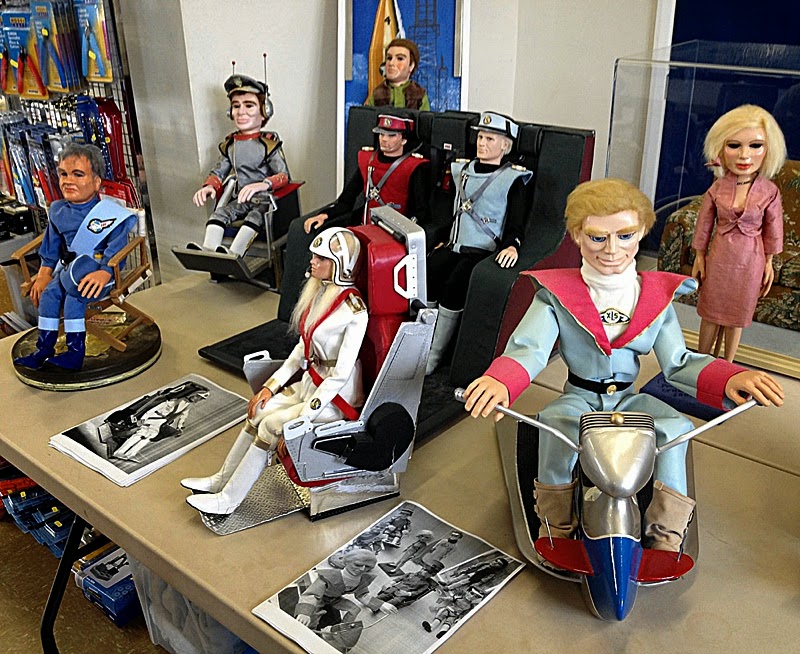 Japanese manufacturers are strong on Thunderbirds kits, sci-fi being a strong seller for them. No scale is given for the Thunderbird 3 kit (below) but it assembles nicely as a stand-alone display model. 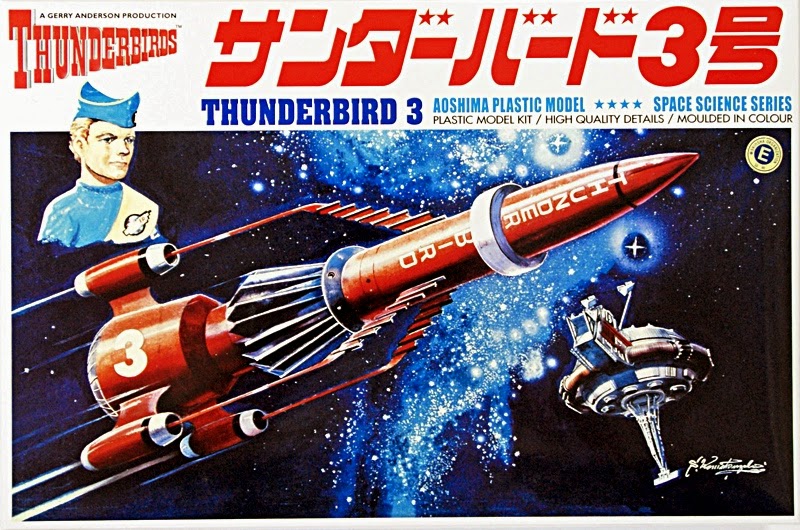 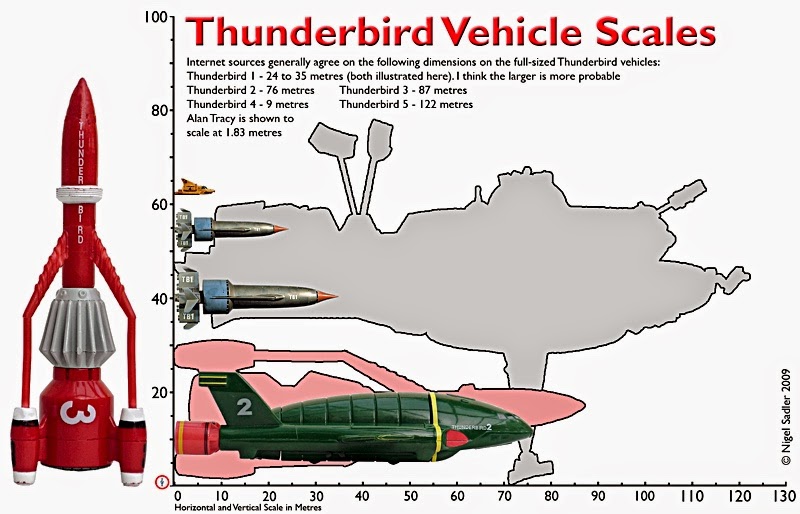