I HAVE BEEN ASSISTING Glencoe Models with up-and-coming reissues of two Adams launch rocket kits, Thor and Vanguard. Here is an exclusive first look at one of these, the Thor IRBM (Intermediate Range Ballistic Missile), a kit that was first released in 1958, along with the Vanguard.


Mat Irvine: So far only the missile sections of these launchers have been test shot, and this review is based on the Thor missile itself, not the launch platform. The Thor is a simple structure, consisting of two missile halves, fins, engine plate and bell, and the nose cone. 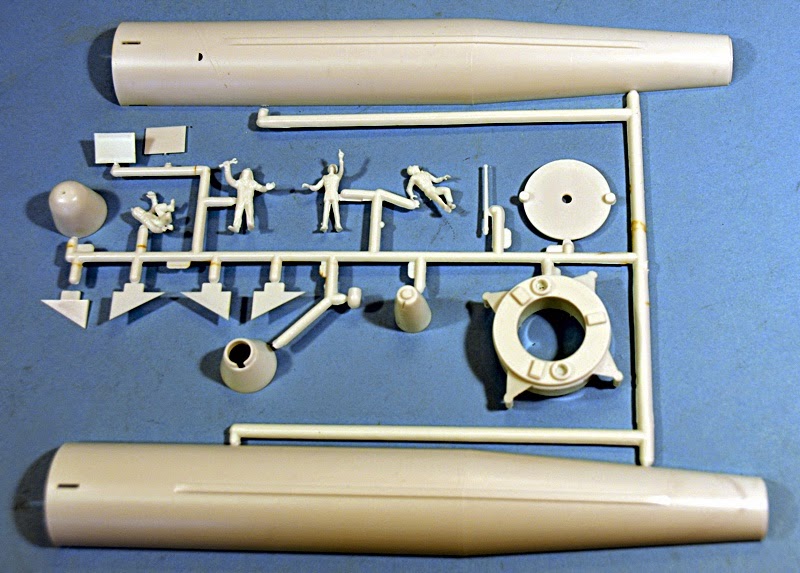 Considering the tooling’s age, the components have come out remarkably well, with few signs of age. Four crew figures, two of them in protective suits, are also provided, and again these have survived surprisingly well, considering their small detail. The Thor has a supplied launch platform that allows the missile to sit on an adapted Vanguard pad. However, most Thors were launched from a somewhat simpler pad, the top of which has been added here, represented with a scribed plastic sheet to act as a base.

New decals (big sheet below) compared to the original sheet above it. Note the RAF roundels on the new sheet. 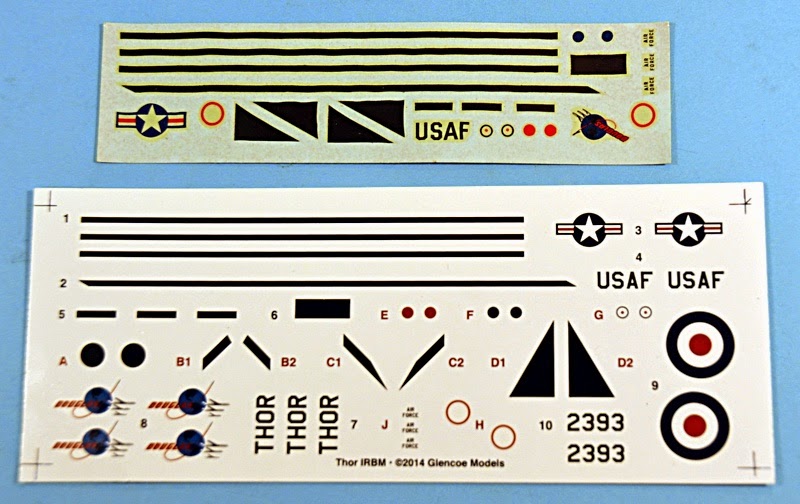 The Vanguard launcher was short-lived, but Thor went on to become a mainstay US satellite launcher, being adapted as the Thor-Able, Thor-Able Star, Thor-Delta, then finally developed into the Delta series itself. The original kit allowed the missile to be built as is, but an adaptor piece was included so you could could add a Vanguard upper stage to create a Thor-Able, the rocket that launched the first Pioneer space probes. This new re-release will still supply this adaptor.

Contents of the original Adams Thor kit (below). The printed instructions will probably be changed somewhat. 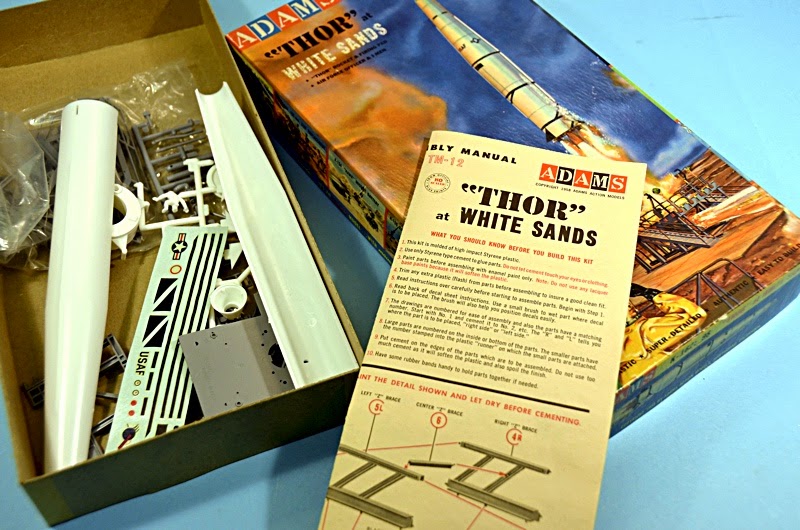 The original decal sheet allowed a US Air Force Thor missile to be completed, but the missile was also used by the British RAF as part of the Cold War-era armoury, and appropriate markings for a UK-based Thor will be supplied in the new kit.

The new kit box will use elements of the same artwork as the original Adams box, shown below. 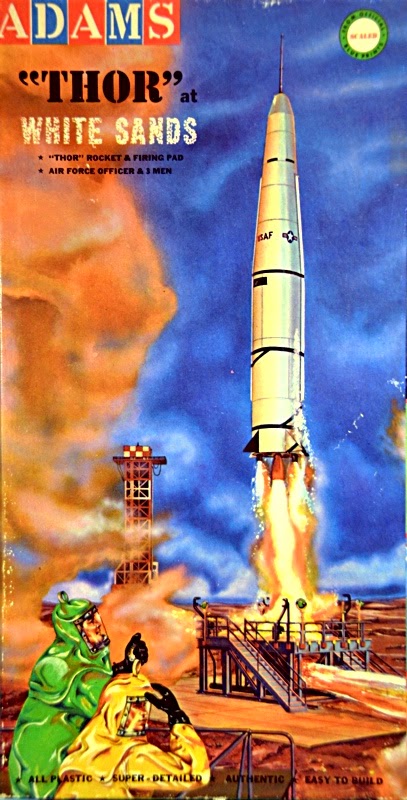 The Thor kit is made to to 1:87 or H0 international model rail scale. Some comments have been made that the scale is wrong, but I have re-calculated the size, and it seems to be correct, more or less to a single digit. Consequently, although H0 is not a UK model scale (British rail enthusiasts use their own 1:76 scale) it is used everywhere else, and there are vast amounts of railroad accessories - fuel tanks, buildings, vehicles, and much more - that could be adapted to make realistic diorama scenes.

The completed Thor, standing on the supplied launch pad support (below) with supplied figures. I added the rectangular base for this review. The rounded nose cone was probably used only for the first two launches; later versions used a flattened shape. 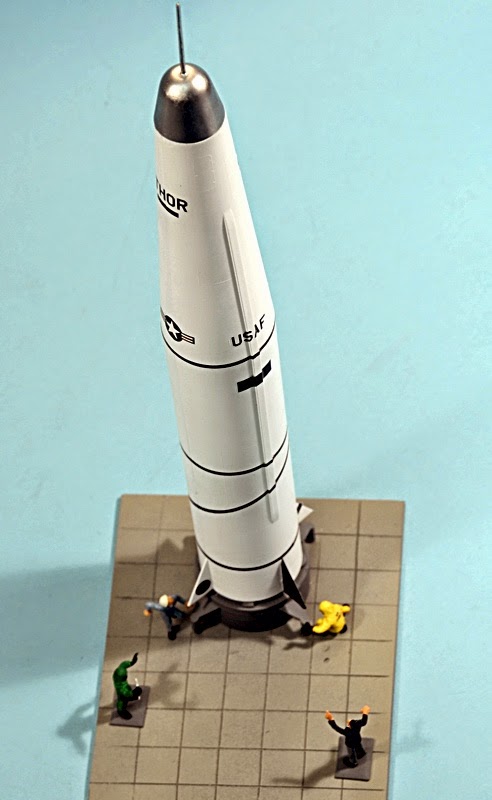 More details to come on both the Thor and Vanguard kits, when they are finalised.

Closeup (below) of the four figures: an officer, a climbing workman, and two in protective suits. Given that the figures were originally tooled in 1958, the details have survived remarkably well. 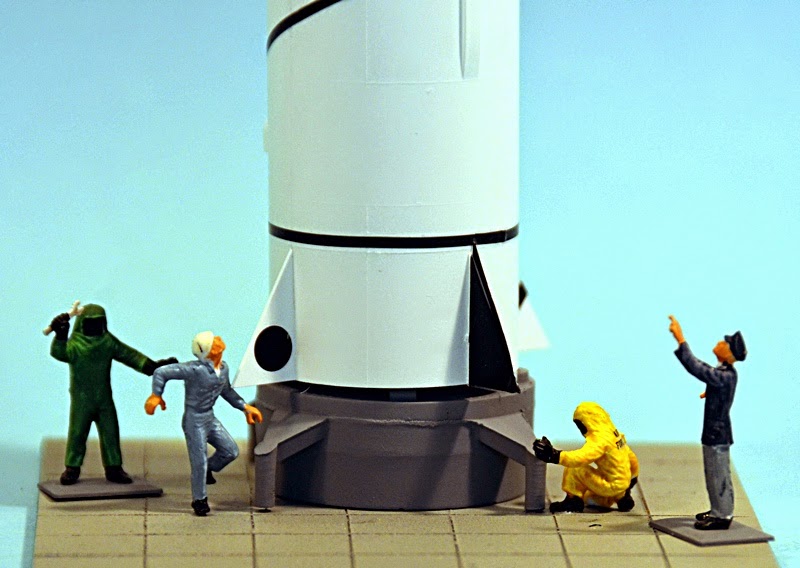 Mr J note: As a boy in Cold War days, I was lucky enough to be given private flights by a rich uncle, who used a Piper Tri-Pacer to fly between his factories. The airfield we used was not far from a Thor missile base, and after takeoff we could clearly see a single missile in the distance, pointing to the sky like a white pencil.

In principle, a Thor could have been launched within 15 minutes, but that assumed a high state of readiness. In the event of a surprise Soviet attack though, it’s debatable whether there would have been enough time to fuel, prep, and launch before being pulverised. Even so, at least one ground crew had worked out a post-launch action plan. One ex-airman I talked to in later years reckoned they could have launched as ordered, with just enough time left to make it off the base to a nearby village pub, where they would have downed a quick pint of beer before nuclear armageddon. 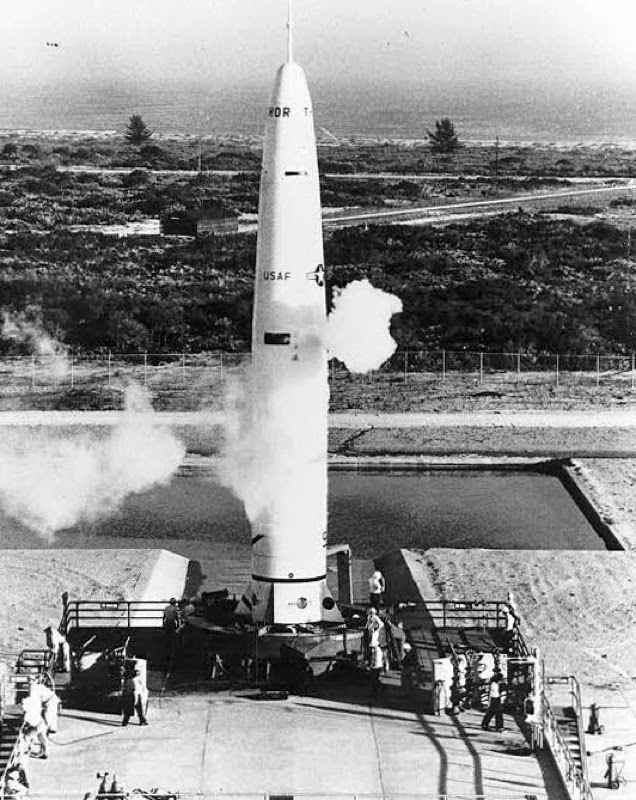