TOMORROWLAND: A WORLD BEYOND

THIS TRAILER FOR TOMORROWLAND: A WORLD BEYOND marks the movie as one that we're looking forward to very much.

Disneyland visitors may recall that Tomorrowland was an important part of the original California theme park, and to lure you in, a third-scale Moonliner stood on its three landing legs, resplendent in the red-and-white markings of TWA (Trans World Airlines).


So this reinvention of the concept looks a good 'un. As for the original Strombecker kit, it has since been reinvented as the Marsliner - same ship, same kit, different destination.

We looked at the Marsliner here and the article is well worth another read, the kit itself earning a must-build, especially if you are into retro space age stuff. The original was a beautiful design, and looked magnificent, as displayed at Disneyland (below). 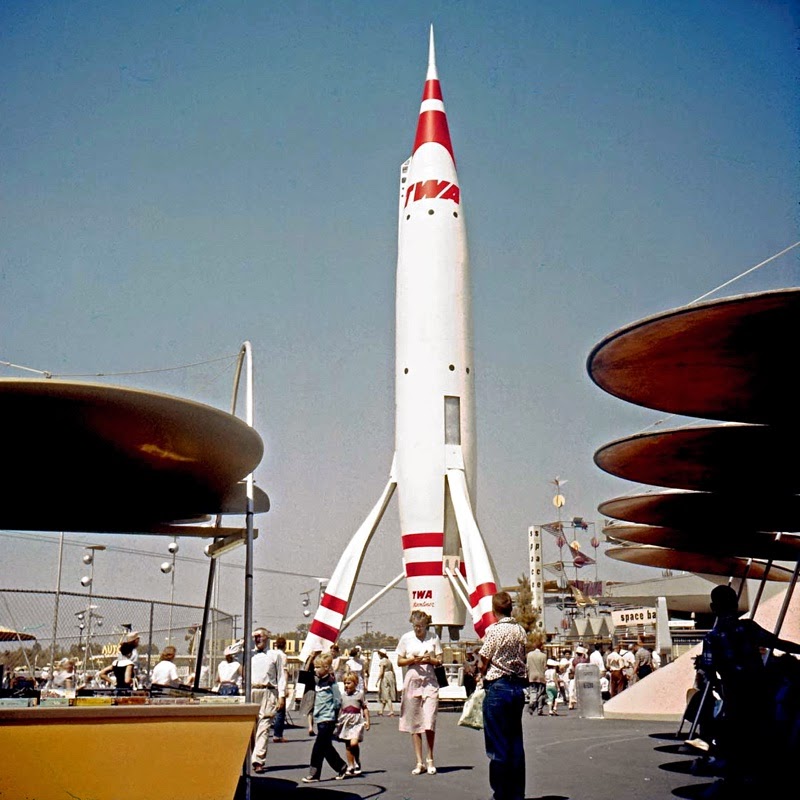 Attractive sales display from Strombecker (below left) and an assembled Moonliner with legs folded into the hull. Note the retracted footpads. 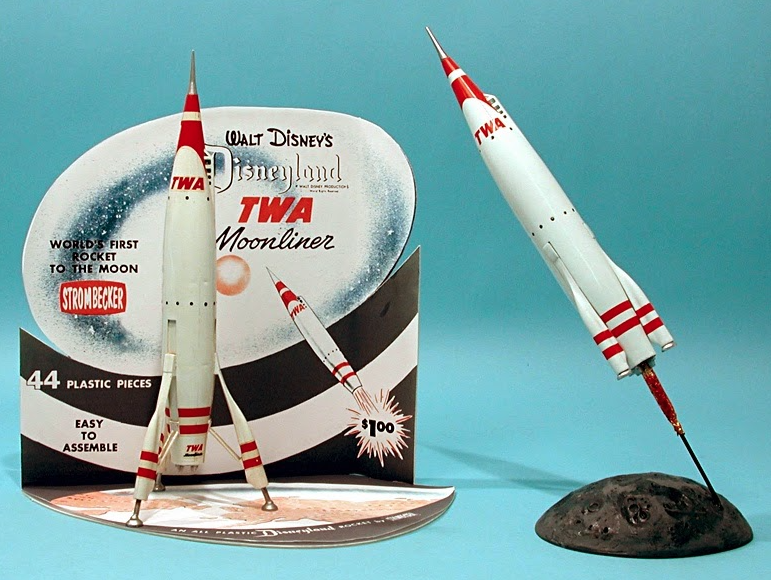 Mat Irvine's Moonliner model, shown (below) ready for liftoff. The Sikorsky S-55 helo has just landed with a flight crew, ready to take the ship into space. 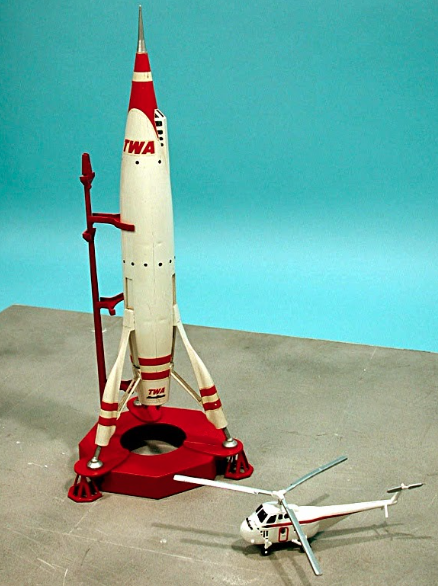 Walt Disney (below) was the man behind a mighty entertainment empire that spawned cartoons, movies, and hugely successful theme parks. Note the Moonliner prototype model standing at left, with three ultra-slender landing legs. 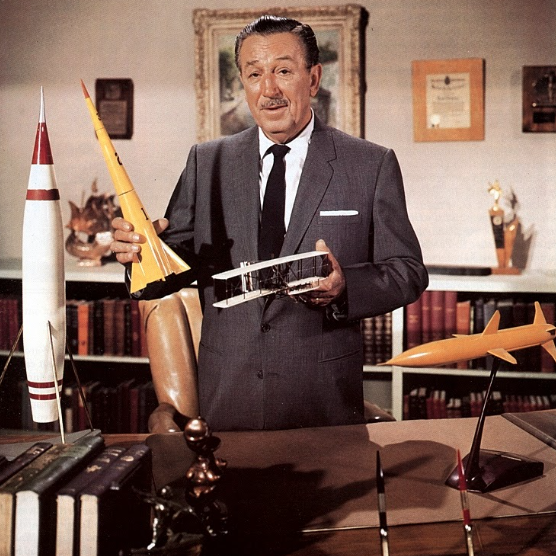