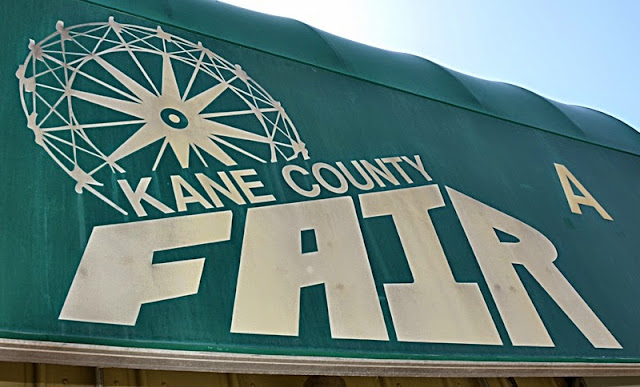 THE 2015 CHICAGO TOY FAIR (though everyone still calls it the Kane County Toy Show) was held a couple of weeks ago at the Kane County Fairgrounds, Chicago. It was blessed with fine weather this year, and five of us turned up there bright and early, at 8 o’clock sharp.

Mat Irvine: As usual you never know what you might find. There’s really no point in asking me, “What are you looking for?” as I can only reply, “I’ll know it when I see it!” This year I bought only a couple of items, though previous years have seen me with a dozen or more. But it was fun walking round, and looking at the wide range of goodies up for grabs.

Here’s a brief tour, starting with the single ‘outside’ shed (below) now in operation. This one usually deals with rabbits. 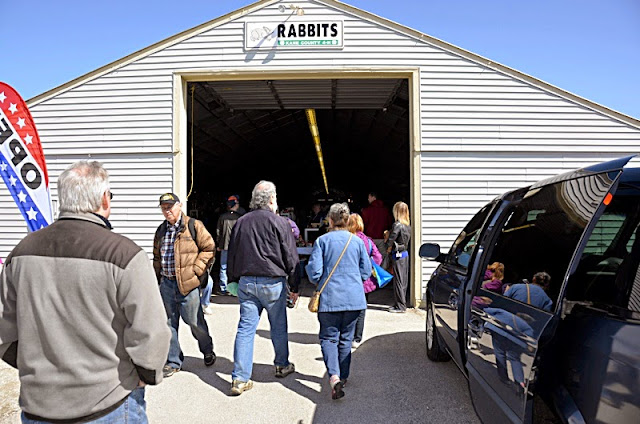 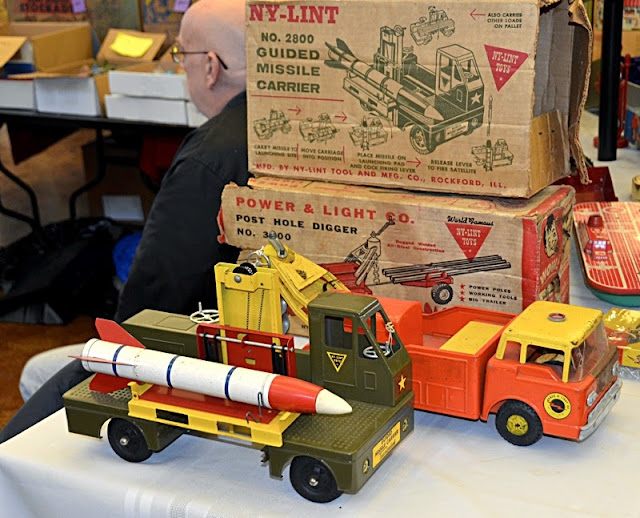 Spares (below) for repairing tinplate models. 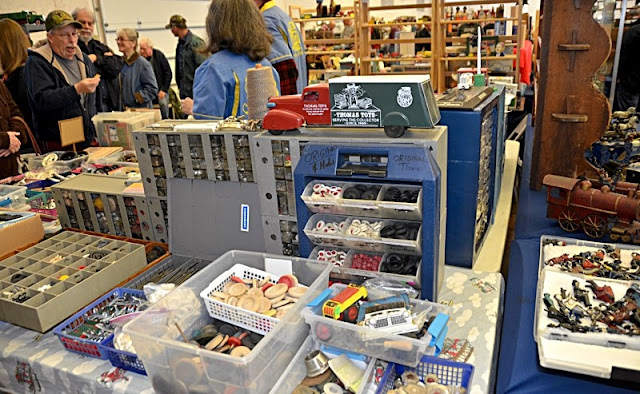 Unusual packaging (below) for the Palmer 1964 Buick Rivera. It’s only really of interest for curiosity value, as the AMT version is a much better kit. 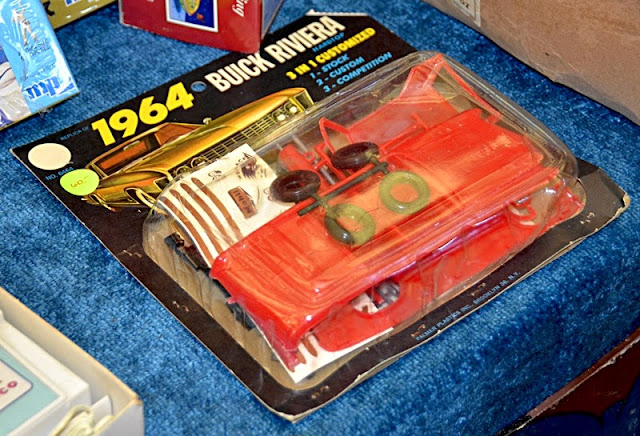 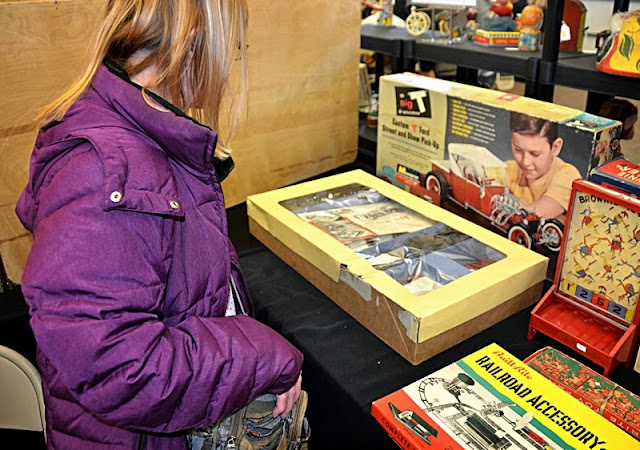 Jeff Clark (left below) used to be at Al’s Hobbies before it closed last year. Here he looks on while Dean Milano points out one of the earliest toys he ever owned. 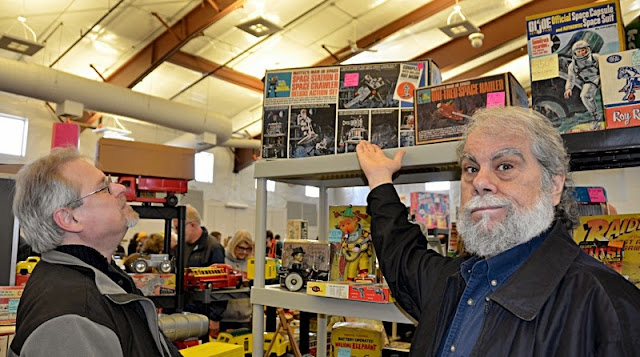 The Graf Zeppelin kit is still available in modified form from Round 2, but here’s an original issue (below) from Hawk. 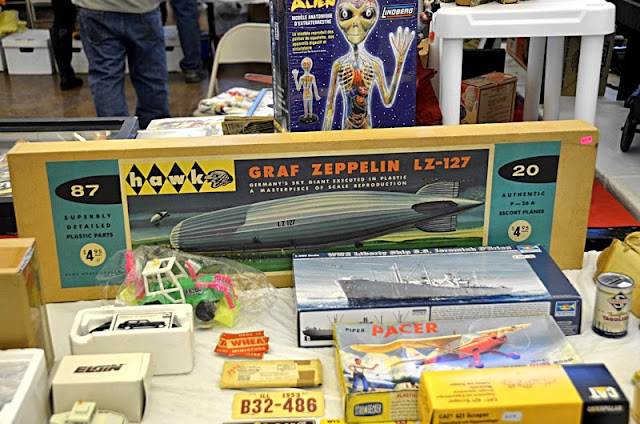 Packing them in - some display cases (below) were full to overflowing. 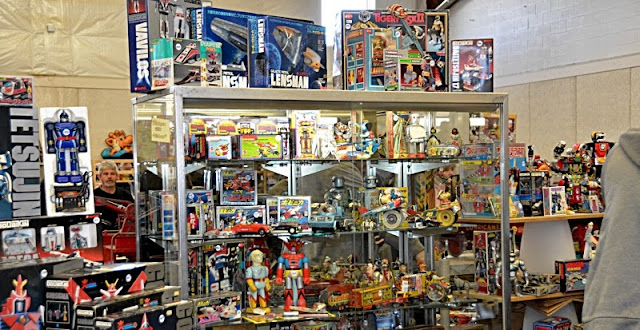 Wienermobiles (below) in all shapes and sizes. The biggest of this selection is actually a child’s pedal car. 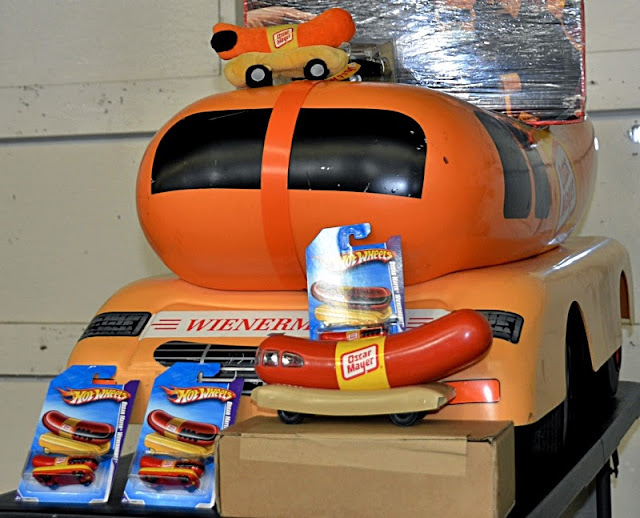 The Aurora range of dungeon models (below) built into a large and well finished diorama. On sale for a mere 650 bucks. 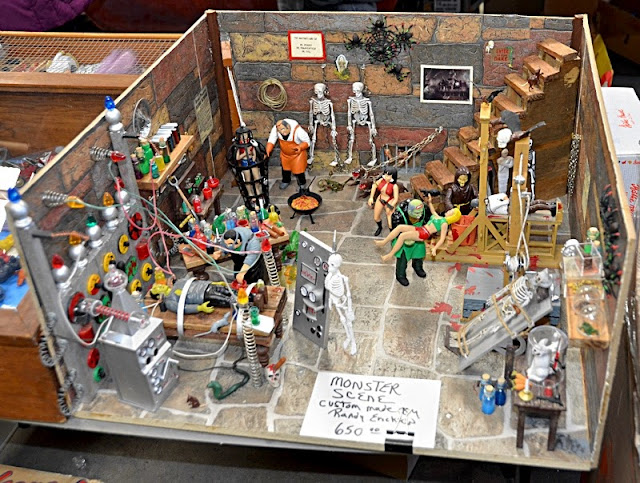 You never know who you might meet (below), here one of the nasty beasts from the 1984 fantasy movie Gremlins. 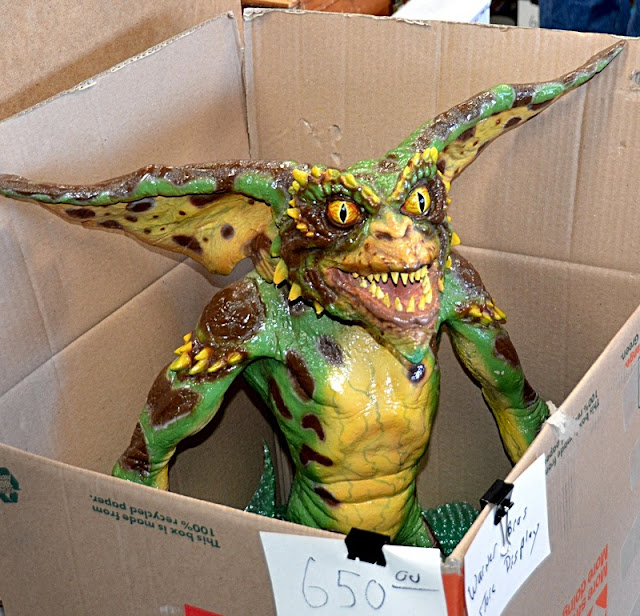 One of AMT’s classic Turnpike race sets (below) and in good condition, too. Not a bad price either, but it’s a LARGE box! 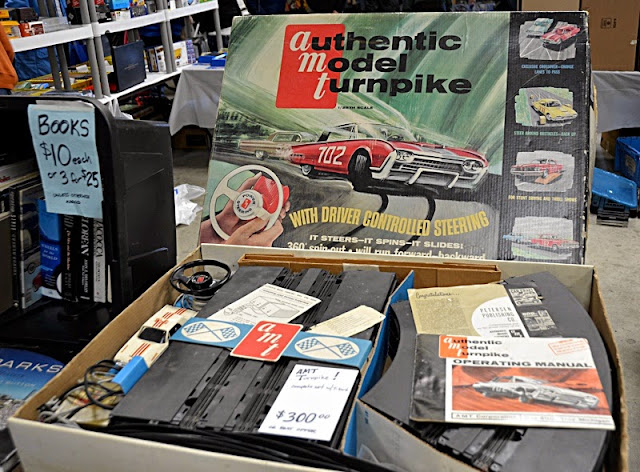 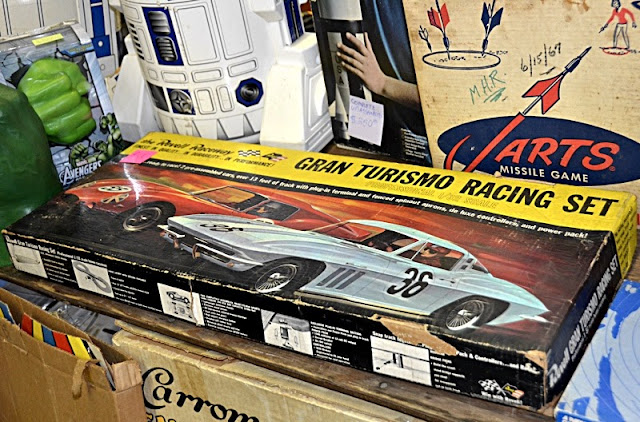 Probably the only kit (below) made by the little-known company, Normatt. This is a built-up 1:20 scale Winnebago, complete with somewhat battered original box. 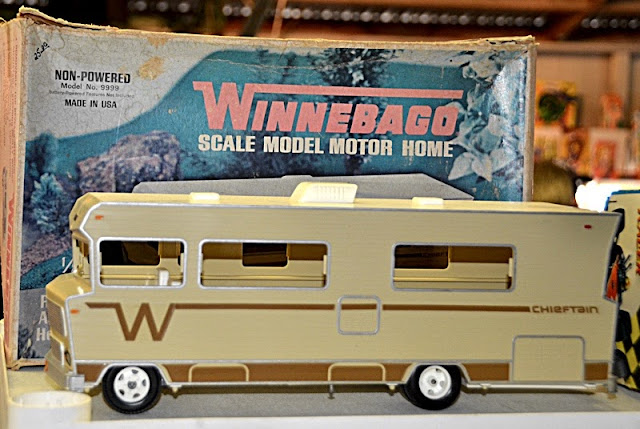 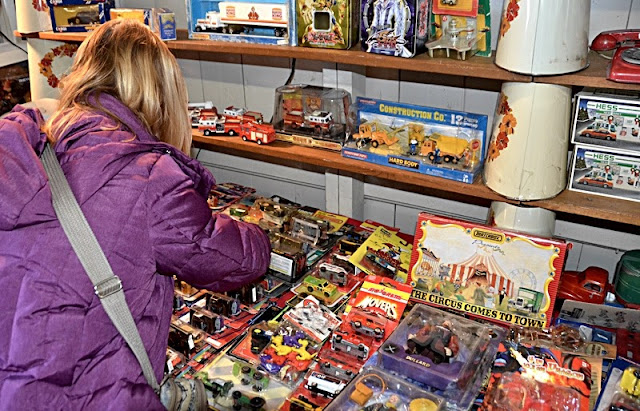 One of the original Hobby Shop toy sets (below) that included two micro-sized Revell kits we featured in SMN. 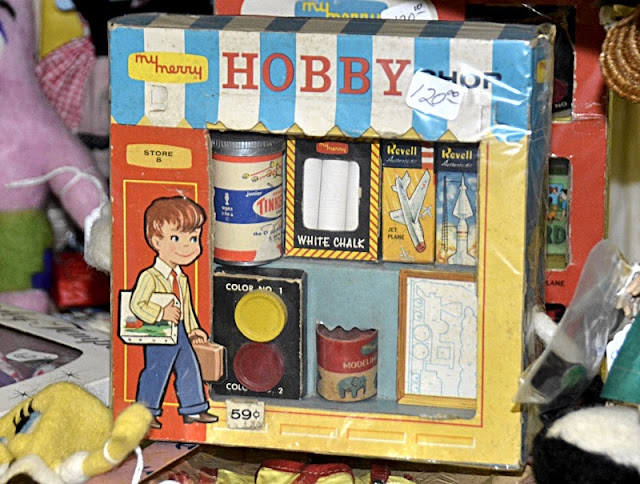 An unusual piece (below) that depicts Disney's EPCOT geodesic dome and monorail. 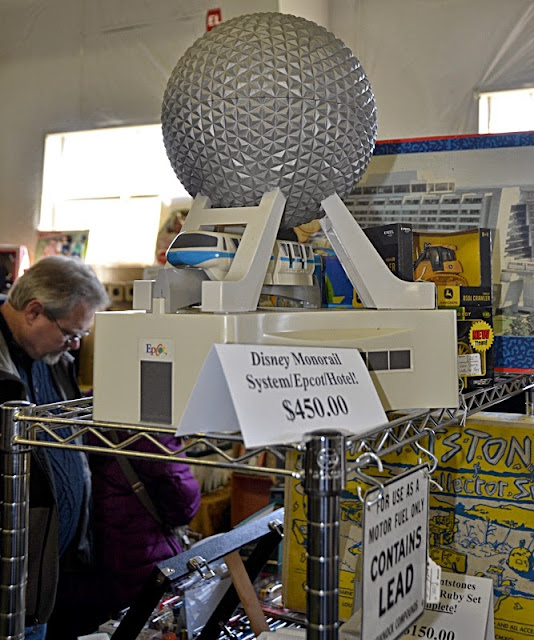 Classic Revell box-art (below) depicts three ships in a boxed set that uses the ‘Victory at Sea’ TV series as a theme.

There were probably plenty of goodies (below) in this box of car parts. That red Plymouth looks interesting, but it would have taken all day to sift through. 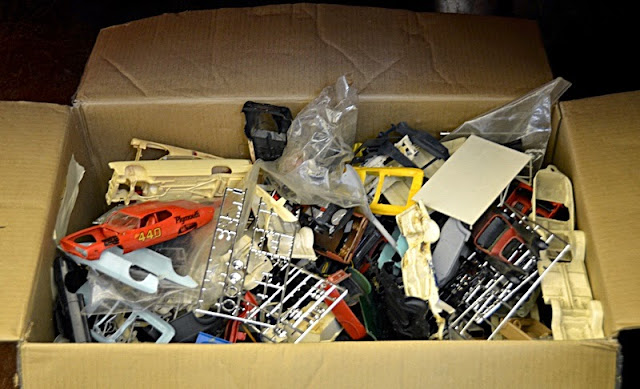 A contender (below) for the largest kit ever made, the Renwal Visible Automobile Chassis to 1:4 scale. 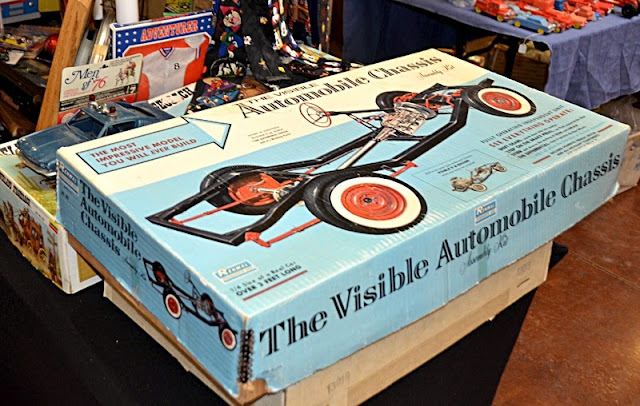 Unusual motorised Austin Healey from Strombecker, with great box-art that really conjures up the atmosphere of a race in action. 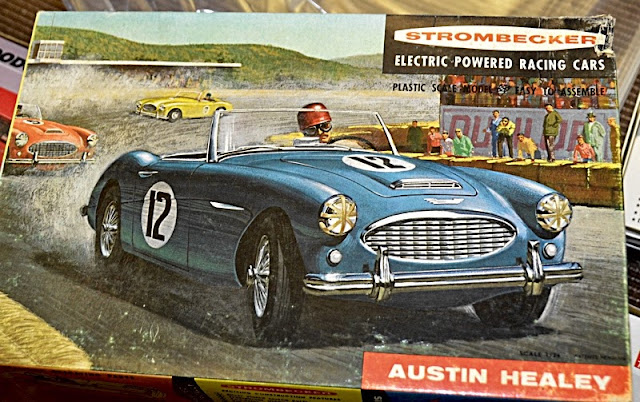 General view (below) of one of the main halls. The recent building has meant that most stalls are now inside except for those in ‘Rabbits’! 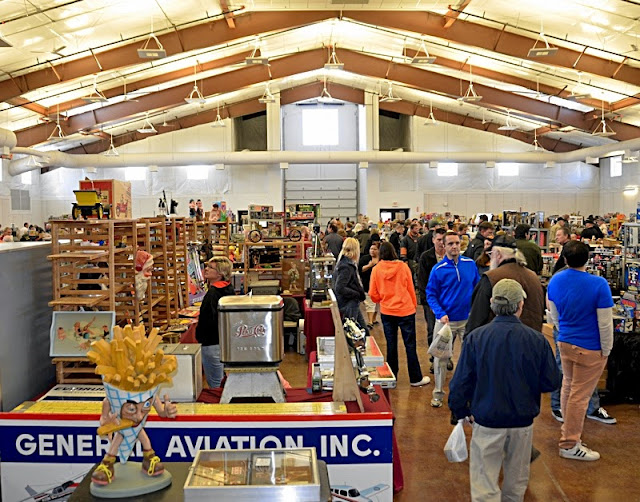 And you can still pick up a bargain (below) at this show! 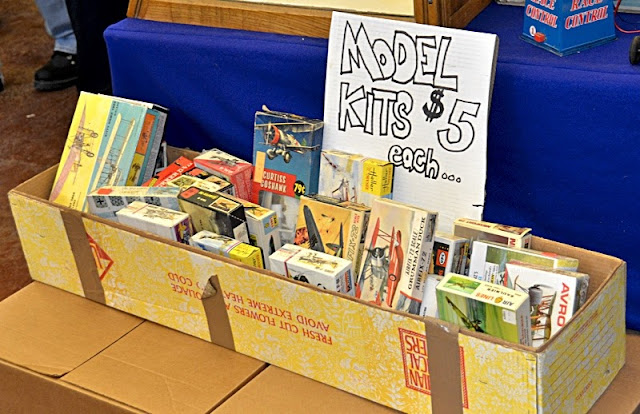 Your author (below) with one of his purchases, a built, but restorable 1962 Jo-Han Rambler American. 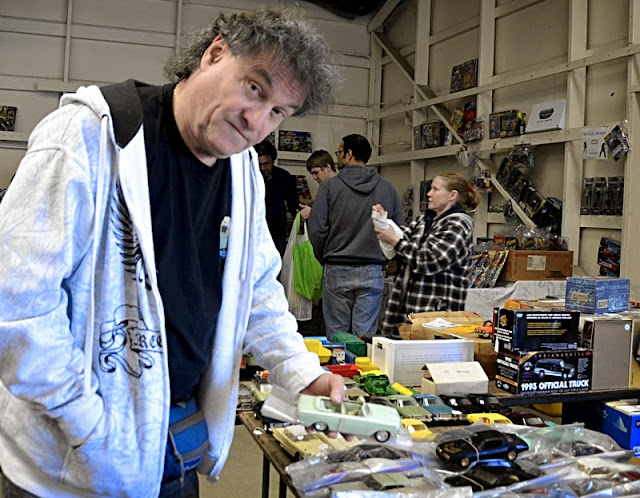 The showground car park is usually full of interesting vehicles, such as this GMC van (below) with a custom paint job. 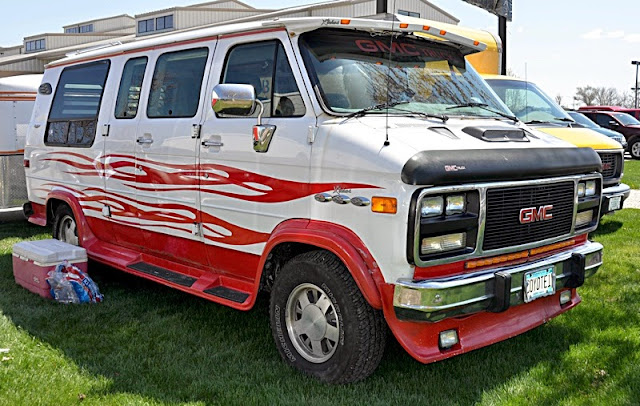