The review is based on the Star Wars gaming universe, and covers details such as cards, moves, how to shoot, rules and ideas, as well as good close up video footage of the Corellian CR90 ship.

According to Wookiepedia, "...The CR90 corvette, commonly referred to as the Corellian corvette or the Rebel blockade runner, also known as an Alderaan cruiser, was a small, multi-purpose capital ship, manufactured by Corellian Engineering Corporation. The CR90 had a wide variety of users throughout the galaxy, from pirates to corporations to galactic navies..."

Great stuff, though don't forget this is not a kit. Even so, with some careful work you can improve its out-of-the-box appearance to transform it into a real sci-fi gem. 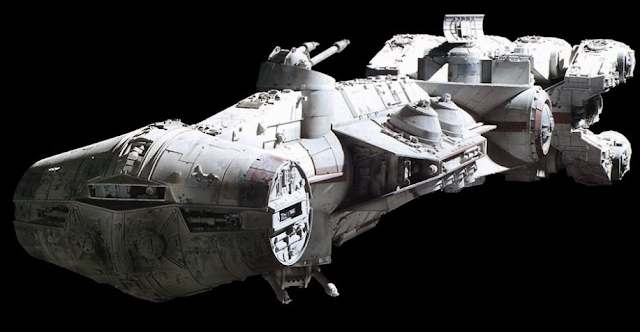