Mat Irvine: ANDERCON, held on June 13-14, 2015, had all the features you expect of a science-fiction convention - guest signings, stalls selling merchandise, stage events, and a luscious range of related models, ranging from Thunderbirds to UFO, and many more besides.

Mamas Pitsillis of Studio 2 Models showed this large-scale UFO (below). It’s a working model, at least so far as the watery part is concerned.

A Thunderbirds diorama (below) depicting the Tracy Island study. 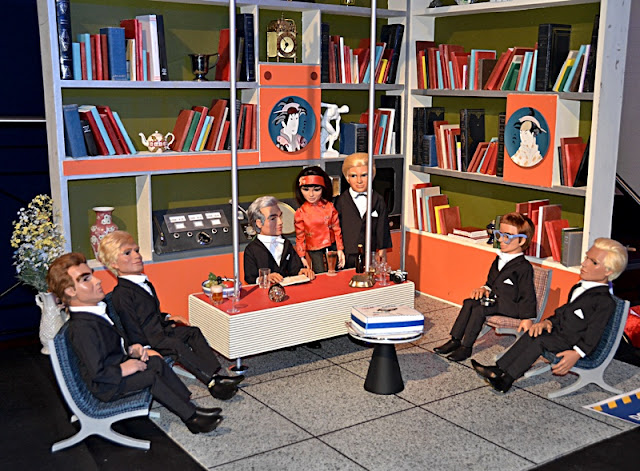 Display (below) trailing the new Firestorm series, with ship at left. 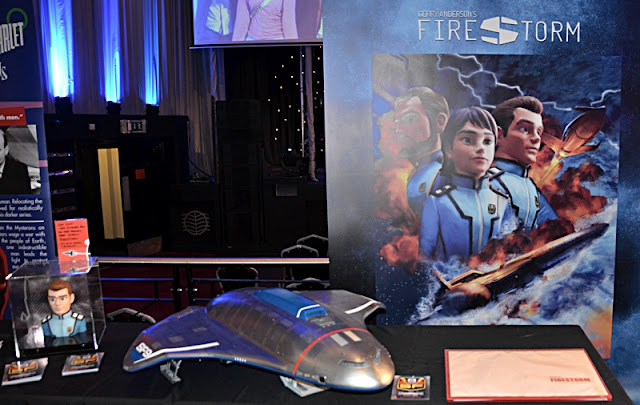 Mac’s car (below) from Joe 90. A Dinky Toys diecast in good condition fetches big bucks on eBay, so maybe it's time for a new version to be released. 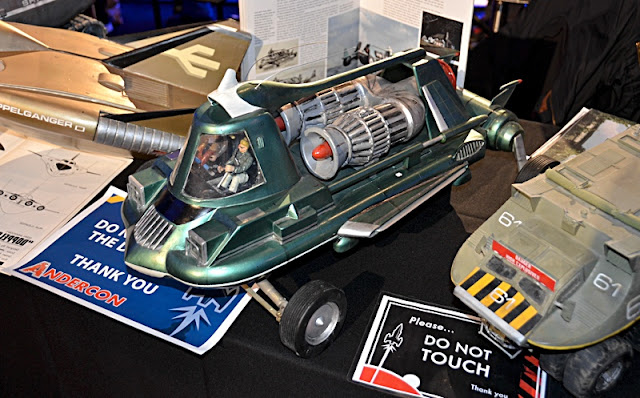 A giant-sized Eagle Transporter (below) under construction. When the model is finished it will measure more than 2.2 m (7.3 ft) long. 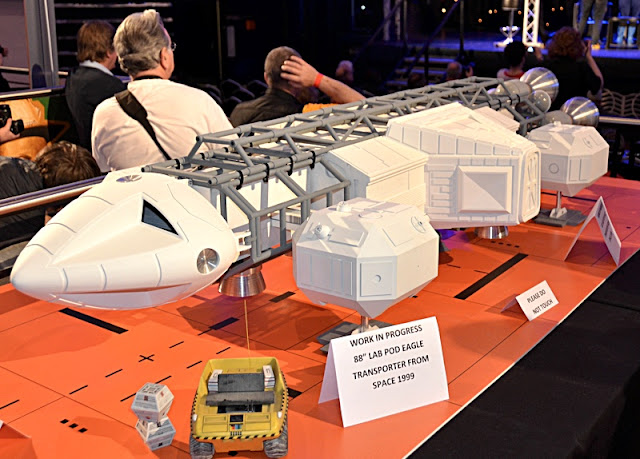 A sinister setting (below) for Captain Black, from Captain Scarlet and the Mysterons. 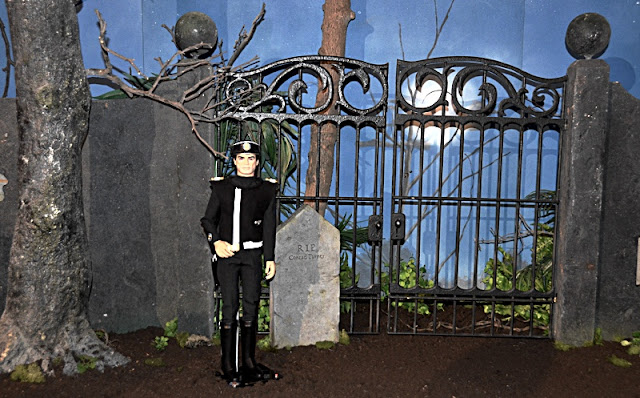 David Sisson (below) with his superb new build of Fireball XL-5. 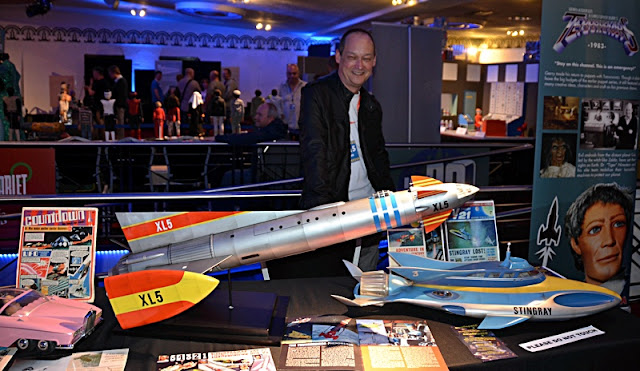 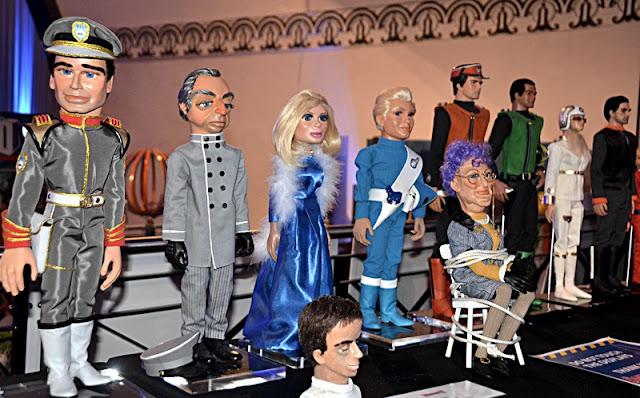 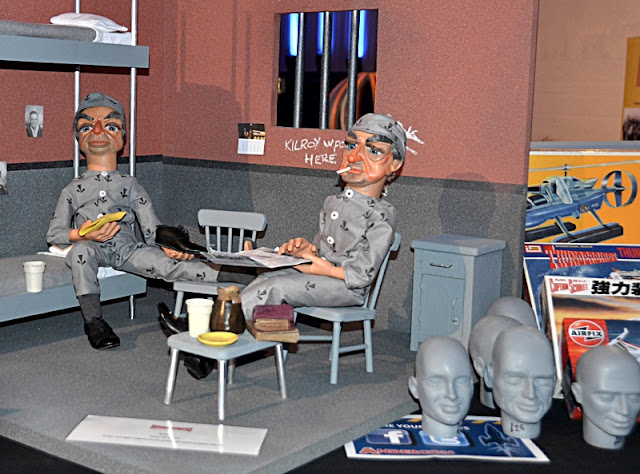 A scratch-built Thunderbird 2 (below) from the Dutch BensModelWorld movie prop collection.

Brains (below) sitting in his control room. 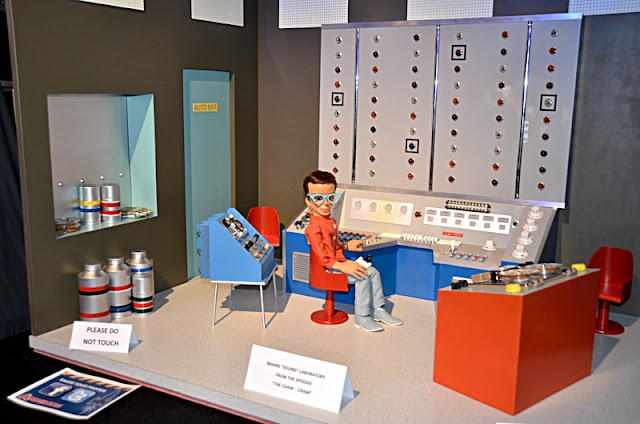 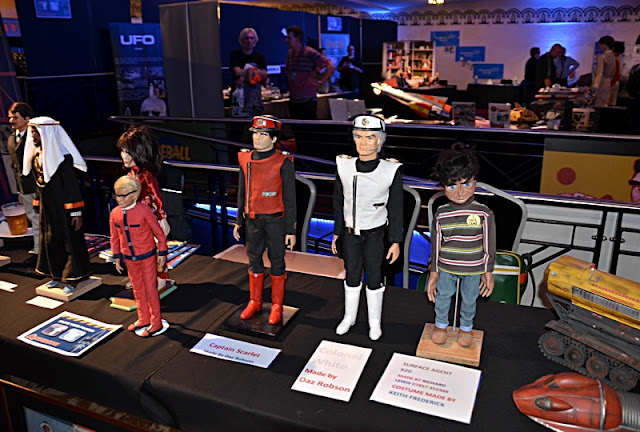 Thunderbird 3 is go (below) here shown in a beautifully constructed diorama-style launch bay. 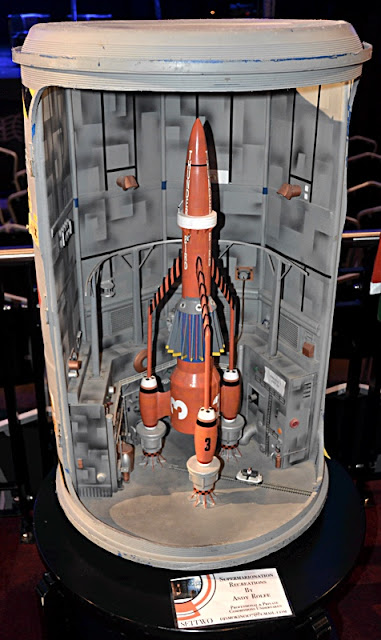 Lego gets everywhere, even Thunderbirds (below) though the jagged bitmapped look of Lego bricks never really works well on curved surfaces. 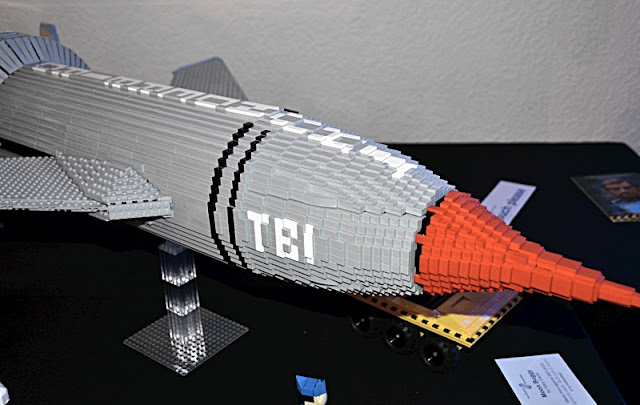 Paul Fitzmaurice (left below) of liltle-cars.com talks with Davy Linburg of the Sante Claus online company. 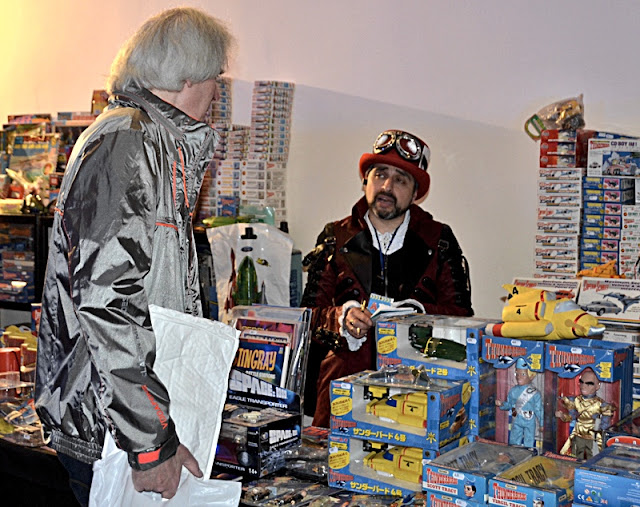 Andercon logo as it appeared on stage. Note the 'A' symbol, created for all new Anderson material. 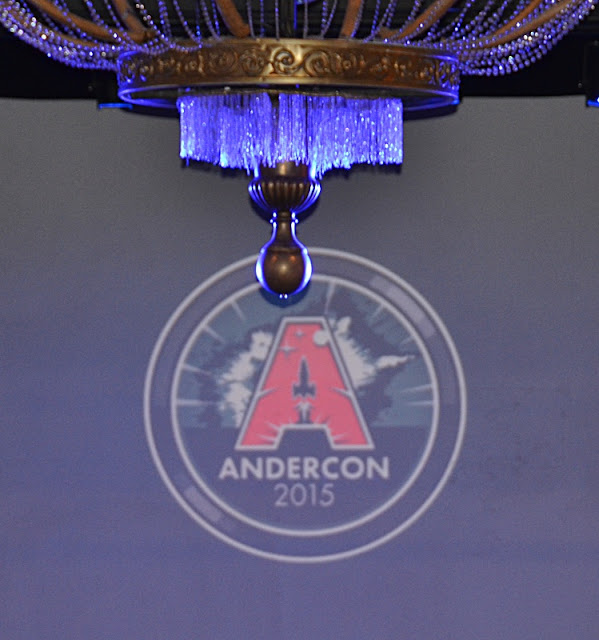 Puppet versions (below) of the pop group, Cliff Richard and The Shadows. 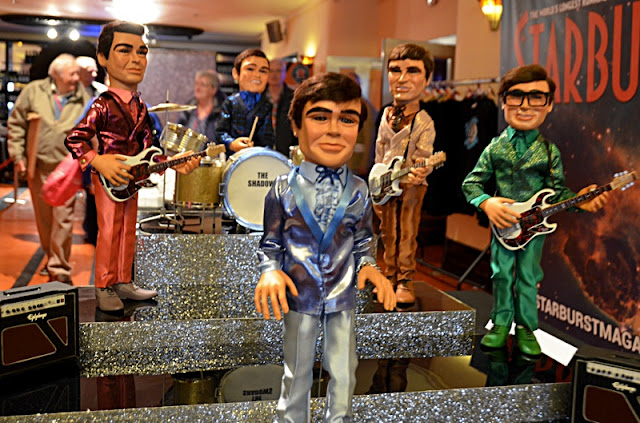 The Athena (below) has been created by revamping a handsome Art Deco cinema, built in 1936. 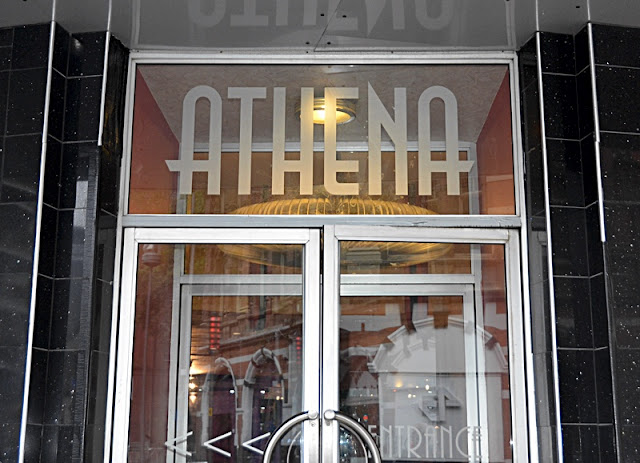