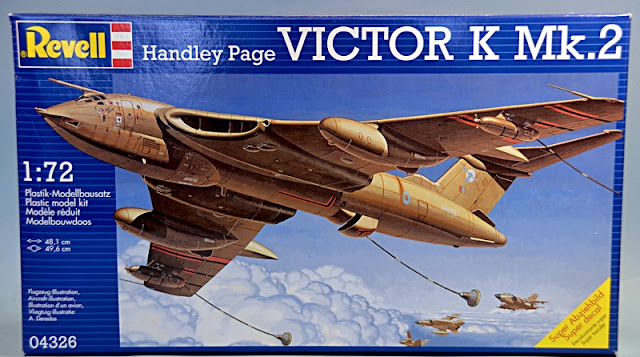 THIS IS A reissue of the original Matchbox kit of the Cold War-era RAF Handley Page Victor V-bomber, which was first issued in 1984. Revell-Germany took over the Matchbox name, along with most of the tooling in 1991.

Mat Irvine: The Revell-Germany Handley Page Victor K Mk 2 is a comprehensive kit of over 100 parts. The components are moulded in a light greyish-green duck-egg blue (!) and despite its 30-year plus age, the tooling has survived pretty well.

What you get (below) in the box - parts, plans and decals. The box art on this new release depicts markings used in Operation Desert Storm. 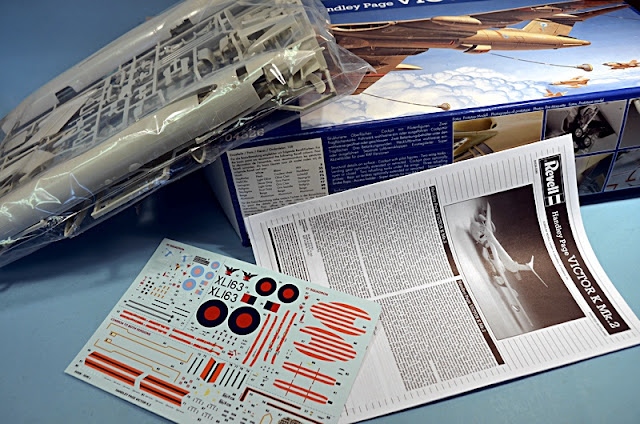 Note that the kit does not represent the original Handley Page nuclear strike bomber. Instead, it models the K Mk 2 air-to-air tanker, a version to which many Victors were converted. The conversion included fitting refuelling pods to the wings, which, when combined with the central fuselage refuelling station, allowed three aircraft to be refuelled simultaneously. 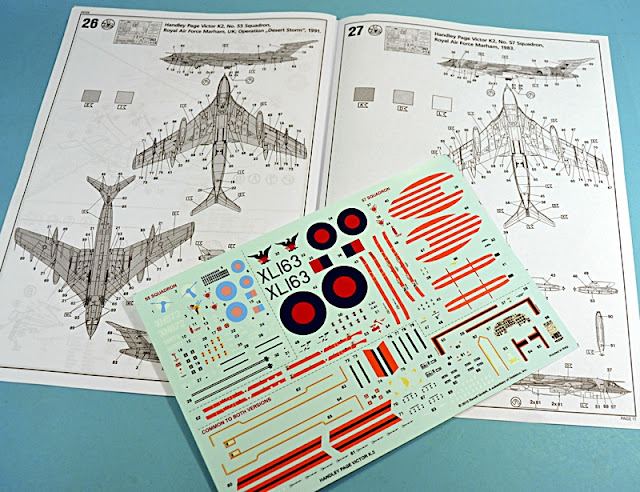 The comprehensive decal sheet (below) has far more detail than the original Matchbox release. A state of the art decal sheet like this is often supplied with modern reissues of older kits, and it’s a trend to be applauded. 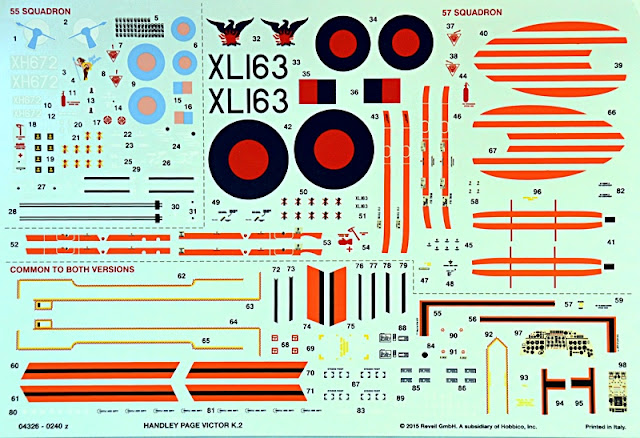 The kit has cockpit detail, with five crew figures that are acceptable, if not earth-shattering in their detail. The landing gear is somewhat simpler in construction when compared to some present-day kits, though in some ways a few sturdy parts are better than a multitude of highly detailed, but delicate components. They may be good to look at, but are no good if they can’t support the weight of a finished model.

The components (below) include three runners of coloured styrene. A small runner holds transparent parts.

The undercarriage can be assembled extended or retracted, and if you go for the gear-down option, there’s also a crew ladder supplied to help appearances in a shelf-top display. If you pick the in-flight configuration, the refuelling booms can be positioned partially deployed. However, you will have to work out your own method of suspending the aircraft, as Revell has not included a stand in the box. 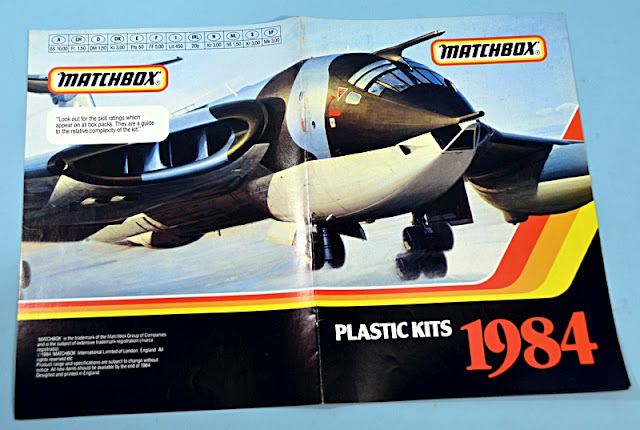 The Victor K Mk 2 featured on the cover (above) and an inside page (below) of the 1984 Matchbox catalogue. 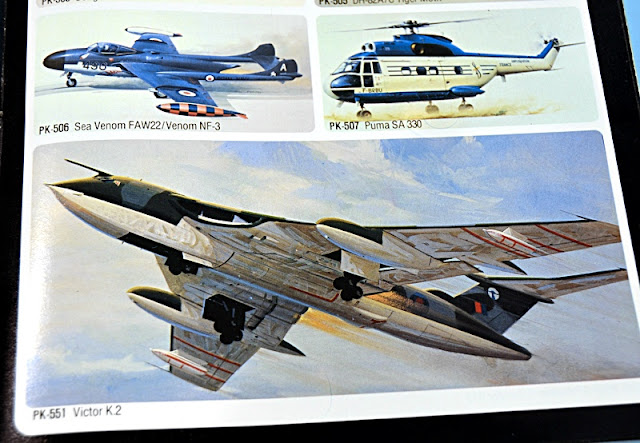 The kit (below) as built for and displayed at 2015 London Toy Fair. It's a fair-size model when assembled, and looks an impressive beast. Note the extended air brakes below the fin, which add a nice touch of interest to the tail area. 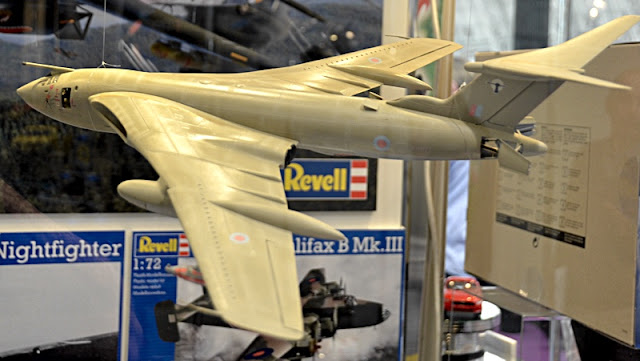 The crescent-wing Victor was the last of the three British V-bomber types to enter service. If you want to complete the trio in 1:72 scale, Airfix makes the delta-wing Vulcan, a kit of similar age to the Victor. And there is the more recent Airfix kit of the Valiant, a new-tool release that assembles to make an excellent model, even if the aircraft itself is not exactly an exciting design to look at.

The Victor's designers had fun contemplating possible future versions. We had a quick internet trawl and came up with the delightful Sea Victor (below). Had it flown, the flying boat could have been a British equivalent to the US Martin Seamaster. 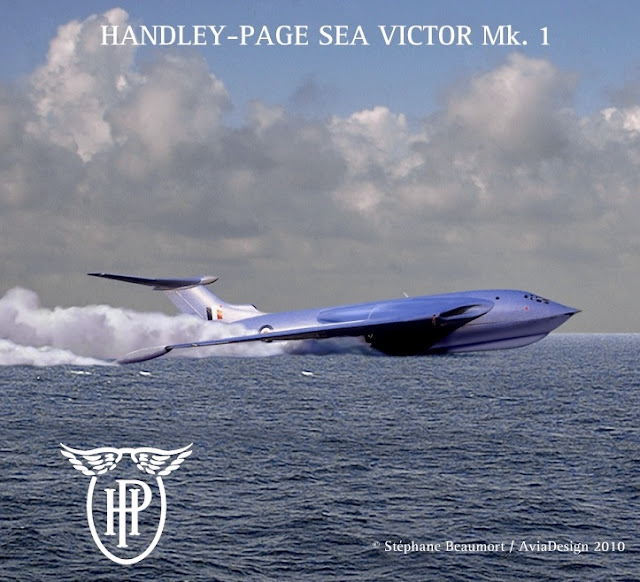 A highly-possible concept was for a passenger-carrying Victor called the P111. The model shown (below) depicts an RAF transport version, though the Boeing-style flight deck windows included here would have been unlikely had the real thing ever been built. 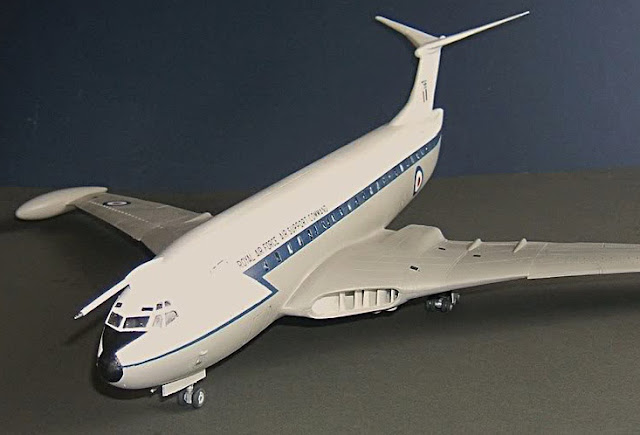