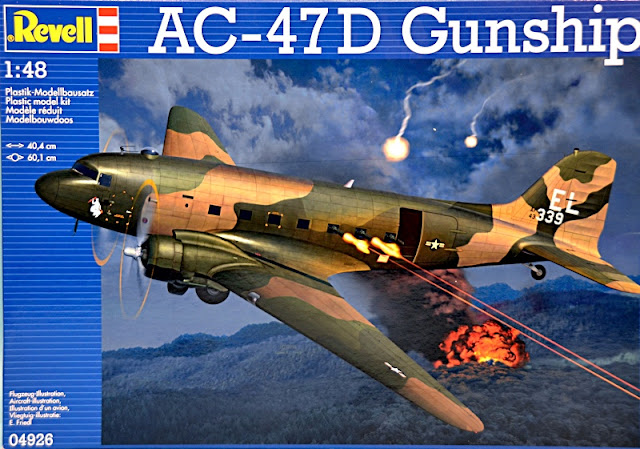 THIS KIT FEATURES A HEAVILY armed version of the stalwart Douglas C-47, used as an aerial gunship in the Vietnam War.


Mat Irvine: Although the C-47 was more widely used as an unarmed transport aircraft, provision was made with the AC-47D to fire guns through the fuselage windows, thus the aircraft could act as aerial support for ground troops. The stream of glowing tracer bullets, especially when seen at night, earned it the nickname of Magic Dragon, or even Puff the Magic Dragon.

The side panel (below) shows details of the assembled and painted model. 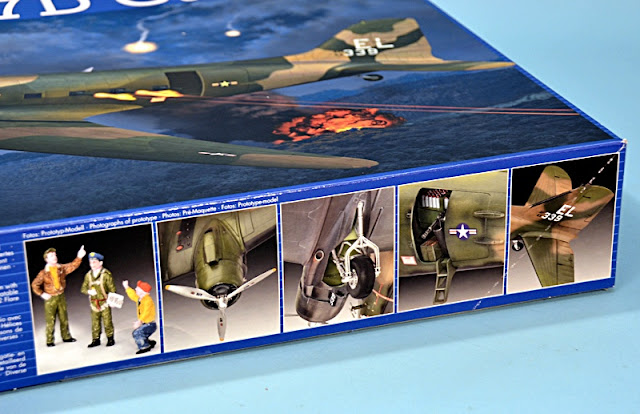 The kit originated as a Monogram tool, dating to the 1960s, and although now half a century old, it is still well up to Monogram’s exacting standards. The kit is slightly simplified in some areas compared to today’s offerings. For example, the Pratt and Whitney Wasp radial engines are one-piece mouldings, but they are none the worse for that.

Closeup (below) of the three supplied figures. 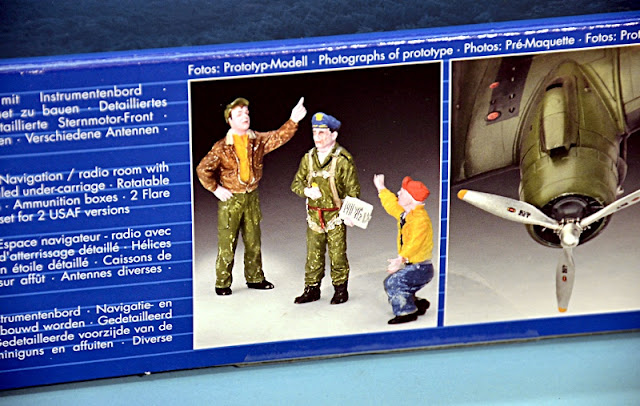 The interior has full cockpit detail and a main cabin occupied primarily by machine gun positions, with ammo boxes and associated equipment.

Parts layout (below) shows that four propellers are supplied, though only two are required for this twin-engine aircraft. 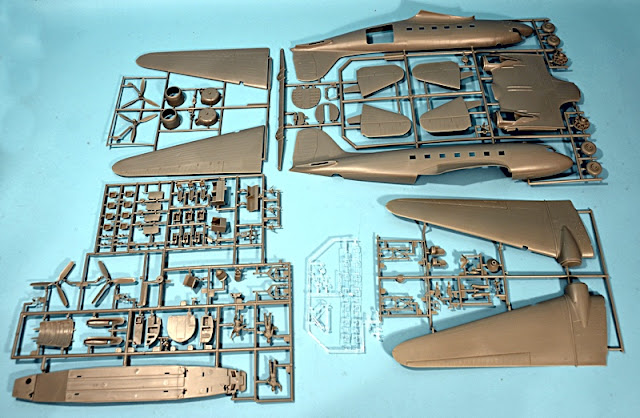 Although no seated flight crew are supplied, three figures are included: two standing pilots, and an airman performing maintenance. The rear access doors can be positioned open, and a set of steps is provided, so the model is really intended to be displayed sitting on the runway, before - or after - a mission, and not in flying configuration. 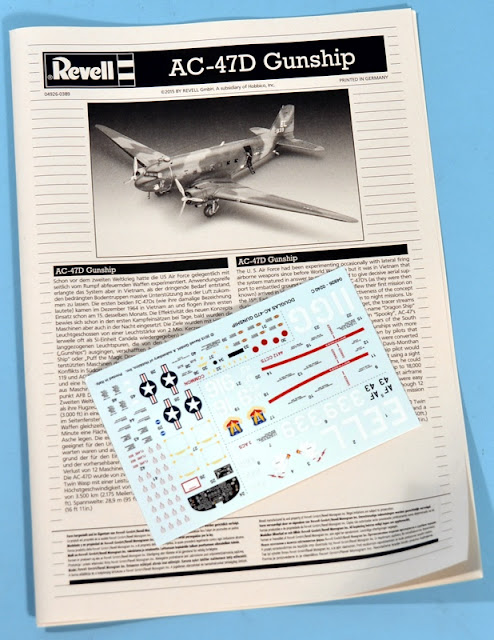 The kit is moulded in light grey and transparent plastic. Decals are included for two marking schemes: either a gunship of the 3rd Air Commando Squadron, South Vietnam, 1968, or the 4412 Combat Crew Training Squadron, Hurlburt Field, Florida, 1971.

Monogram first issued the kit in the mid-1960s as the C-47 Skytrain. This present kit is basically the same as a 1969 release, named Puff the Magic Dragon, as shown in Monogram’s 1969 catalogue (below). Note that you could also buy a kit with pre-painted camouflage. 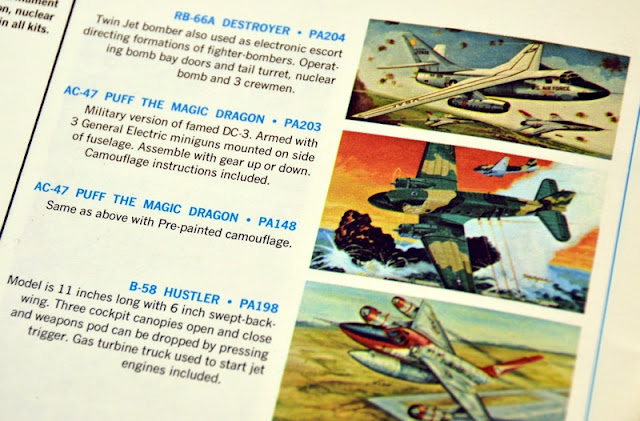