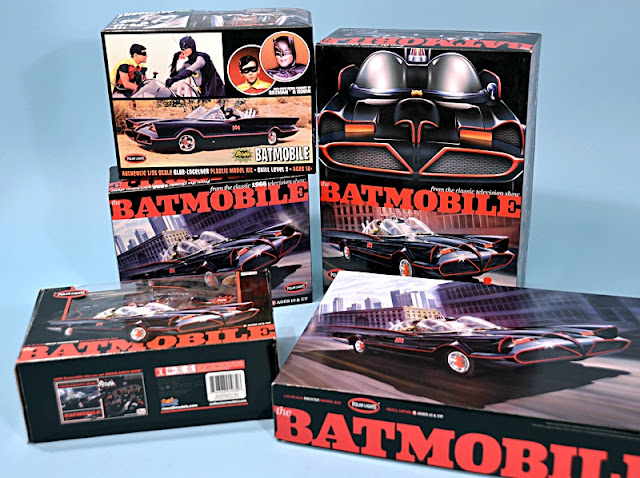 IF YOU ARE OLD ENOUGH to remember the headline phrase from the 1960s TV series Batman, you are also old enough to remember a time when a conventional 1:25 scale Batmobile kit didn't exist. But now, a bit like waiting for the proverbial bus, several come along more or less at the same time.


Mat Irvine: I first mentioned these kits in an earlier SMN when they were due, but hadn’t - at that time - arrived. Now - at last - I’ve had a chance to appraise them all.

And the wait has been worthwhile because there is not one 1:25 scale TV Batmobile kit, but five of them, made up of three basic variations. 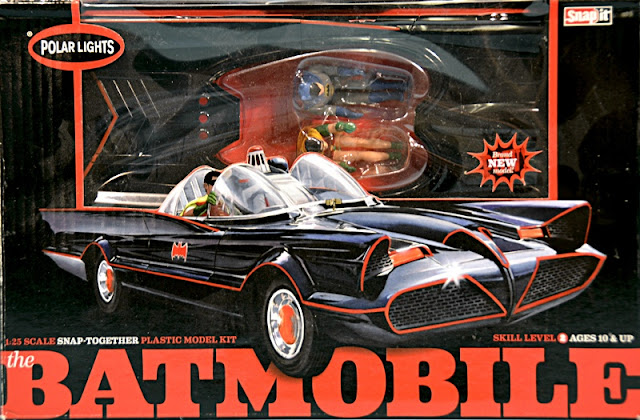 Kit 1 (above) is a snap-together kit that’s ideal for beginners or modellers who like things simple, as it comes pre-painted and with decals already applied. There is no separate engine, but there are pre-painted Batman and Robin figures.

Kit 2 (below) is a conventional cement kit, with conventional V8 engine and chassis details, but no figures supplied. A large decal sheet is provided for the stripes and various labels, and the main components are moulded in black. 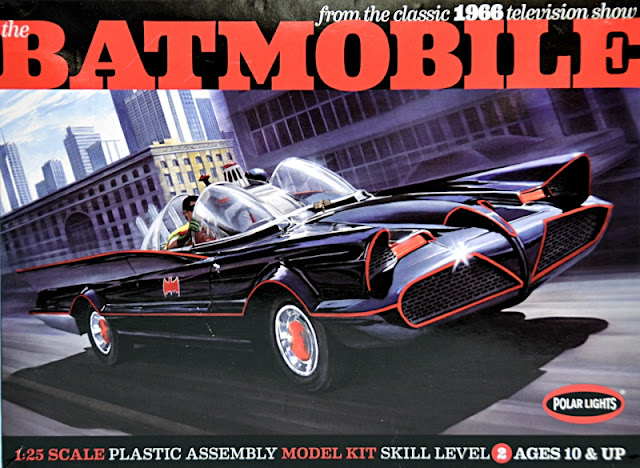 Kit 3 (below) is the most comprehensive of the five, moulded mostly in white, with photo-etch parts. The figures are unassembled versions of those you get with Kit 1. This gives you the option of building the car as seen in Seasons 1, 2 or 3, with different steering wheels and exhausts. You can use the jet-turbine engine or the conventional V8 - in fact, a completely new chassis pan is supplied for this option, as are two sets of tyres.

There are also extra parts to turn the car into the ‘Penguinmobile’ version, to replicate a scene when Batman’s waddling foe stole the car. 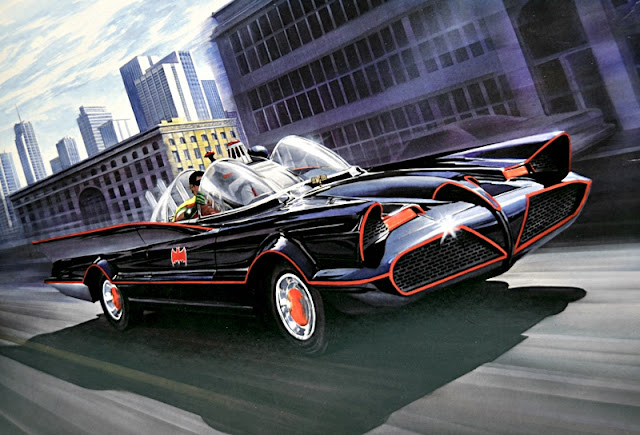 The Kit 3 box base (below) shows many of the options that you can include. 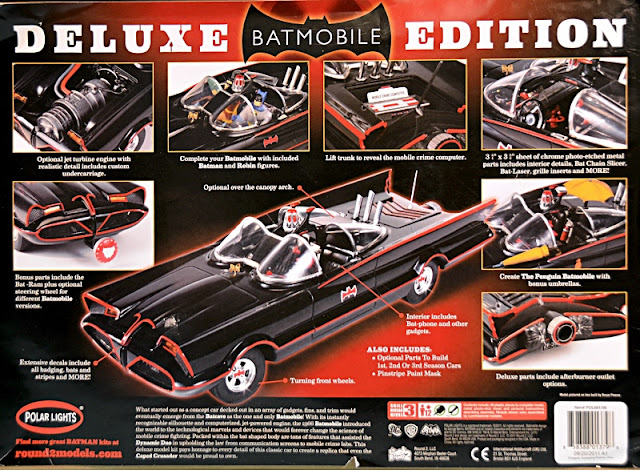 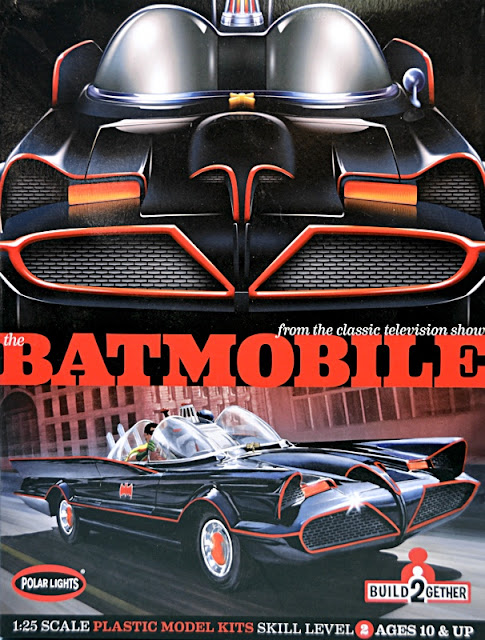 Finally, Kit 5 (below) is basically Kit 2 (no separate jet-turbine engine, moulded in black) but with figures that are different to those supplied in Kit 3. These are reckoned to match the actors’ poses better than the K3 pair, which were based mostly on comic-book images. 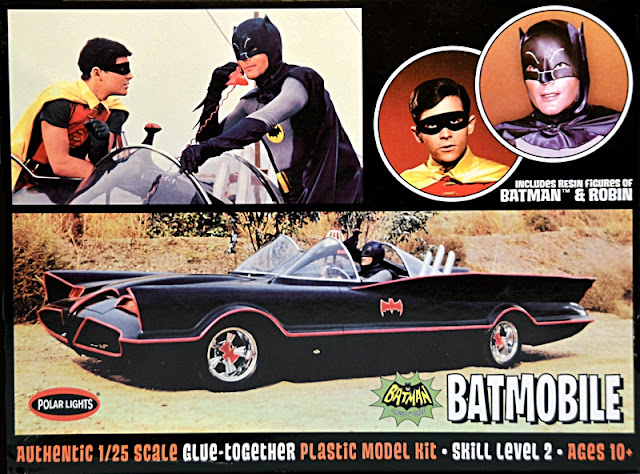 Kit 5 (above) is basically a version of Kit 2, but with new-style figures. It also has a box with a different design to the other four.

Look out for the Building the Batmobile feature due shortly. It focuses on the most comprehensive Kit 3, with the realistic figures from Kit 5.