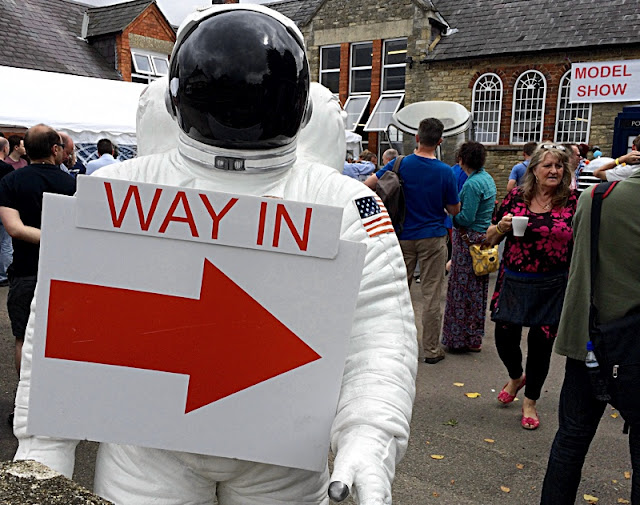 A LIFE-SIZE ASTRONAUT FIGURE GREETED the sci-fi fans who crowded into Smallspace 4 this year.


SMN Report: Mat Irvine's T-shirt was decorated (below) with his spacecraft logo. 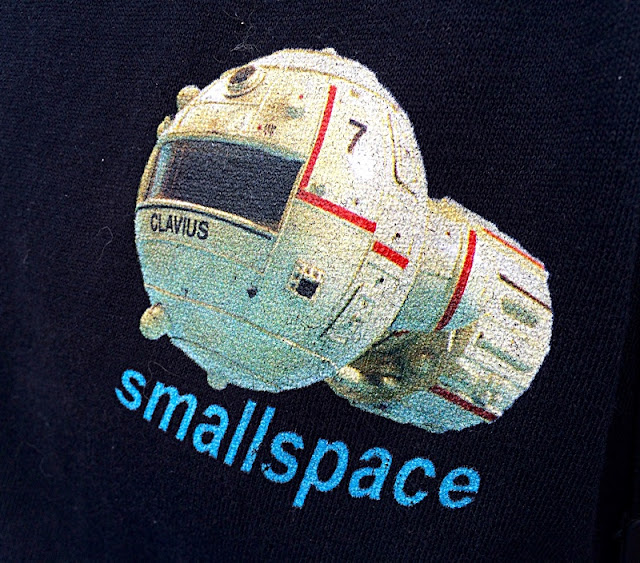 Mat looks on (below) as the Whomobile's canopy is raised. A Jon Pertwee lookalike sits in the driver's seat. 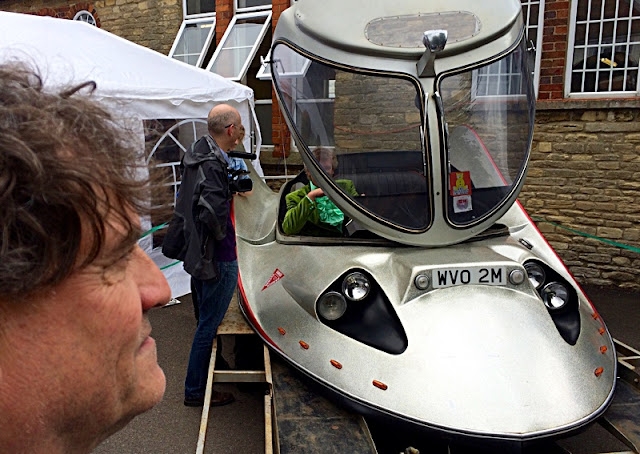 Inside, there were countless models large and small, including these display pieces, seen on Jerry Stone's Spaceflight UK stand. Note the Tintin figure and rocket (below) both as featured in the sixteenth Hergé book Destination Moon. Note also the dinky little Snoopy, dressed for space. 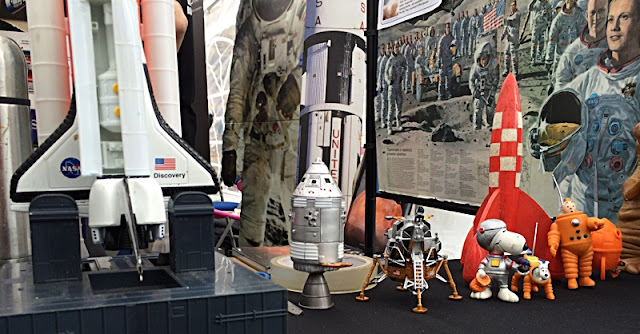 Real space was represented (below) by the UK Astronomy group, represented by Ross Hockham, standing in front of the poster. At right, Jerry Stone of Spaceflight UK talks to Richard Bailey, jauntily sporting his customary Hawaiian short. 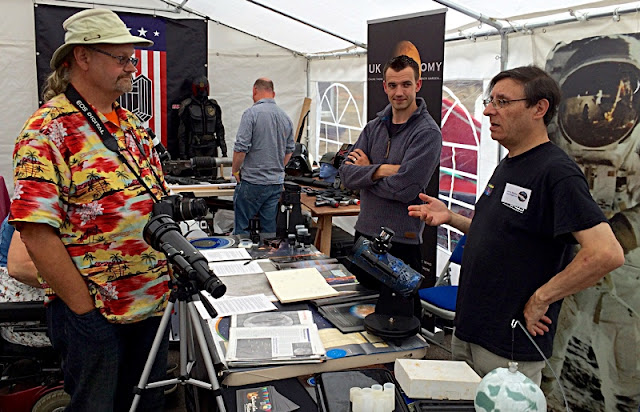 Models or miniatures? In fact, the ones (below) are beautifully made life-size movie props. The display was mounted by the Replica Prop Board, run by Steve Rogers. 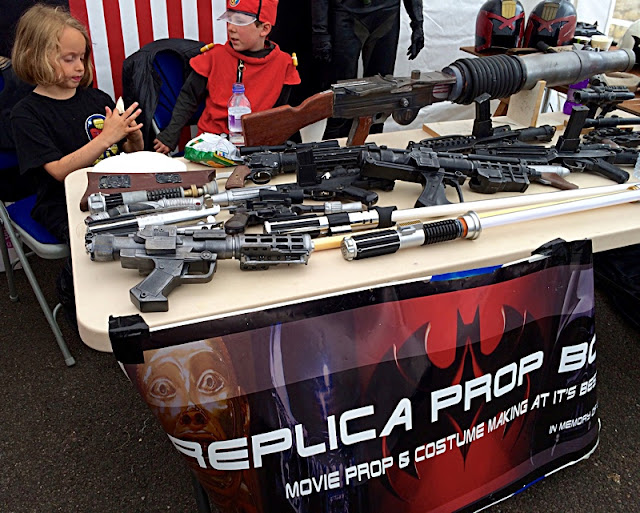 Busts from characters appearing in the comic 2000AD (below). From left, Rogue Trooper, with Judges from the Judge Dredd stories. 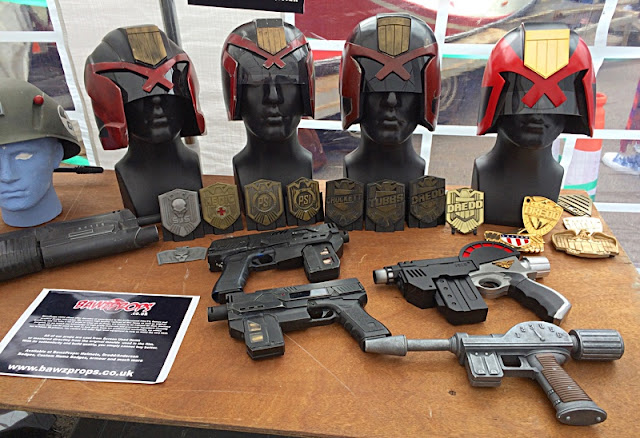 Young visitors (below) get to grips with life inside a Dalek. 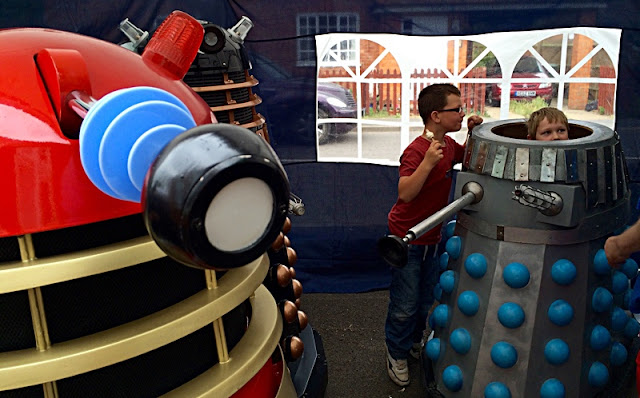 And this one's Mum bags a pic (below) before she is exterminated. 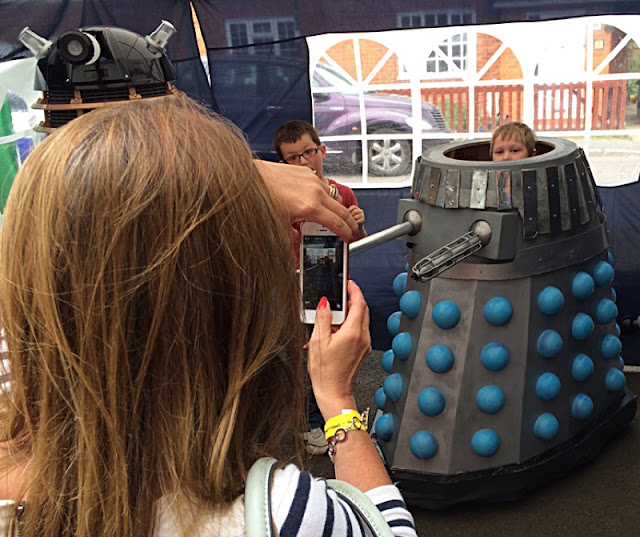 Antares Creations displayed their range of neatly crafted wooden spaceship toys (below) for sale. The simple lines of these toys made a nice contrast to the ultra-realistic creations elsewhere in the show. 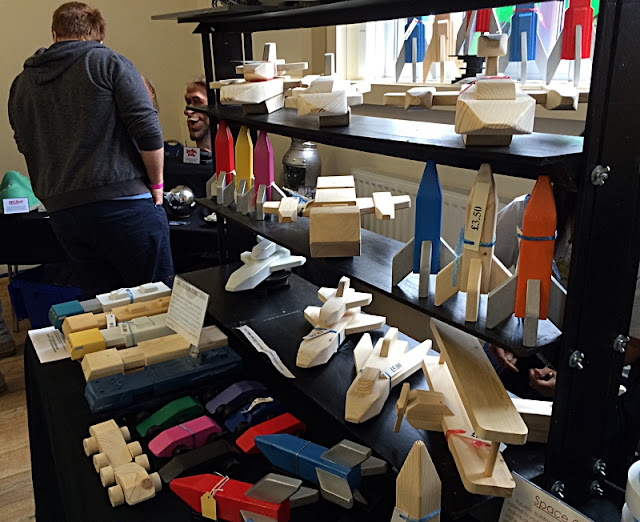 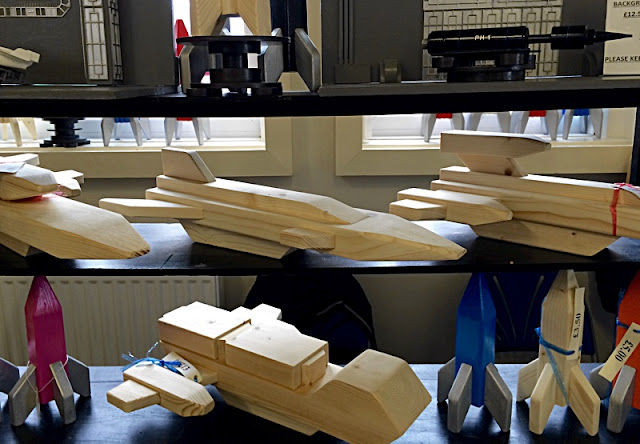 A blast from the past, with two characters (below) from the satirical Spitting Image TV series that was at its peak in the late 1980s and early 1990s. 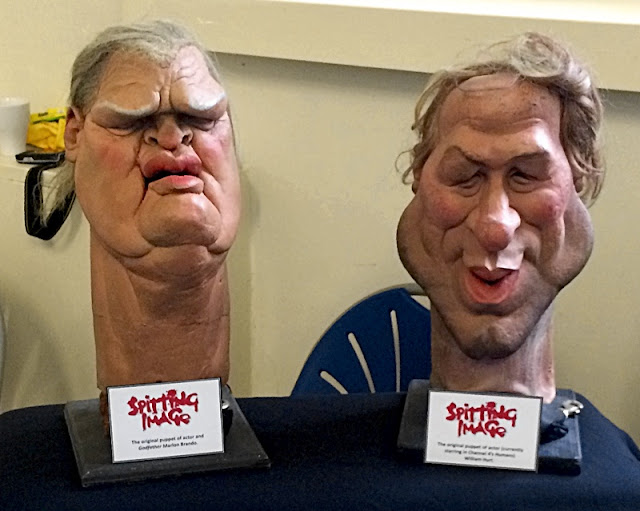 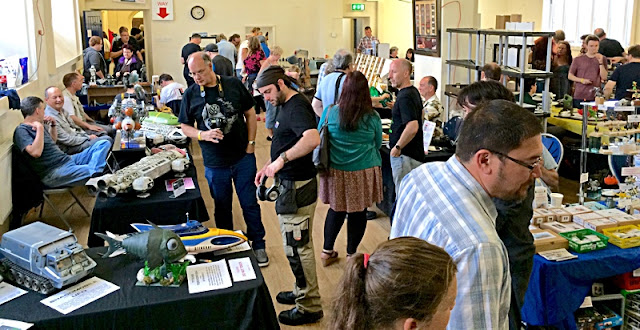 The main show hall (above, below) was busy from the 0900 start until the end of the afternoon.

The odd cloudburst (below) drove visitors indoors once or twice, but the astronaut figure standing guard by the entrance took no notice. 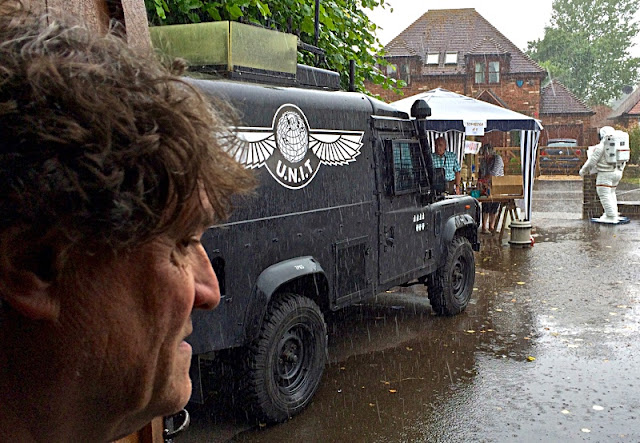 Trade sellers (below) did well during the day. 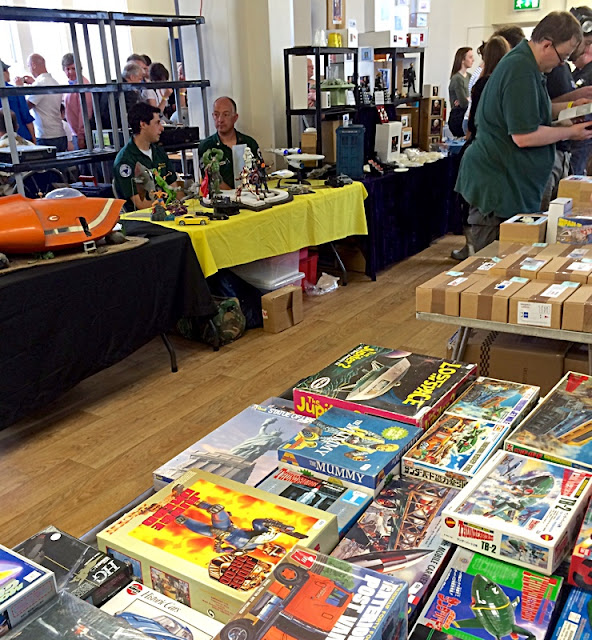 A farewell from co-organizer Paul Fitzmaurice (below right) and wife Jackie. 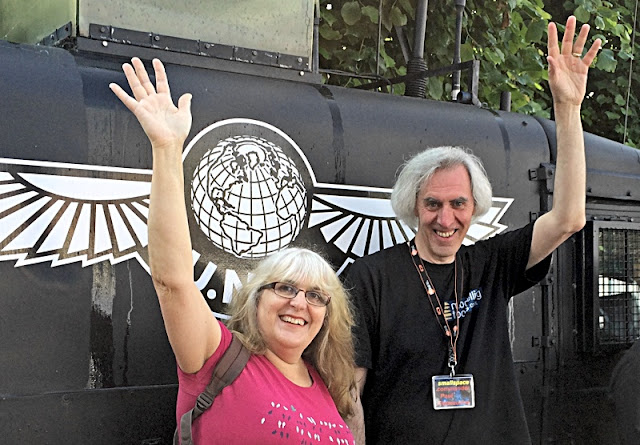 And one last thing... Betty the face- and injury-painter was there to add a special touch for visitors. 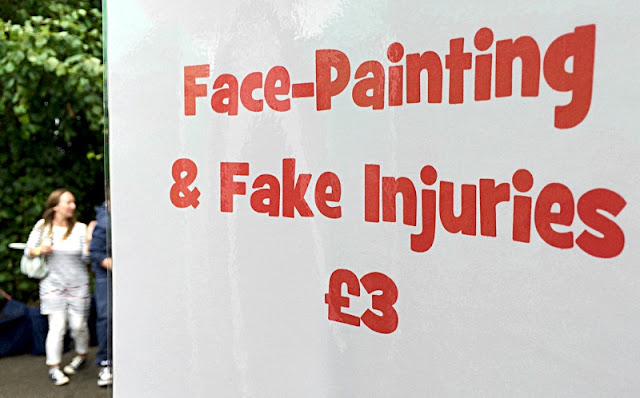 The result (below) could be a laser burn, an alien pustule, perhaps even a slimey critter about to brain-burst out of his skull! 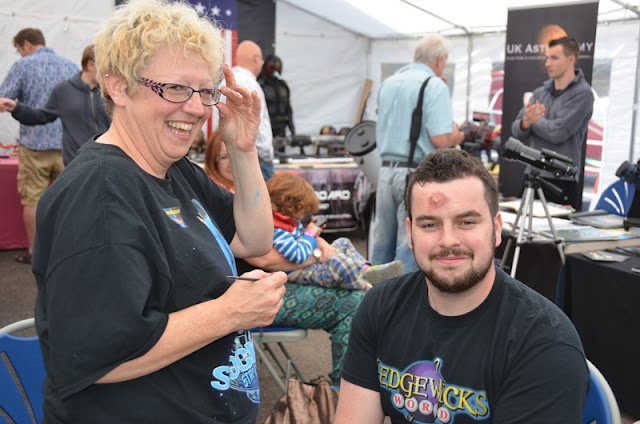