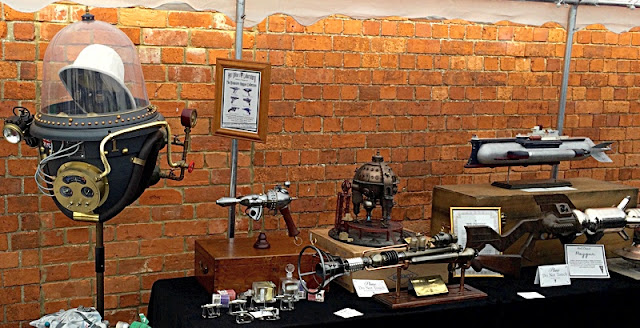 THE STEAMPUNK DISPLAY at Smallspace 4 took the 'Best in Solar System' Prize, and deservedly so. Modelmaker Ian Crichton's display showed a range of beautifully finished models.


Ray guns of all sorts are popular with steampunk fans, and Ian Crichton's 1:1 scale sidearm (below) is typical of the complex look loved by connoisseurs of the genre. Ian's gun was supported by a simple but effective metal rod fixed to a turned wooden base. 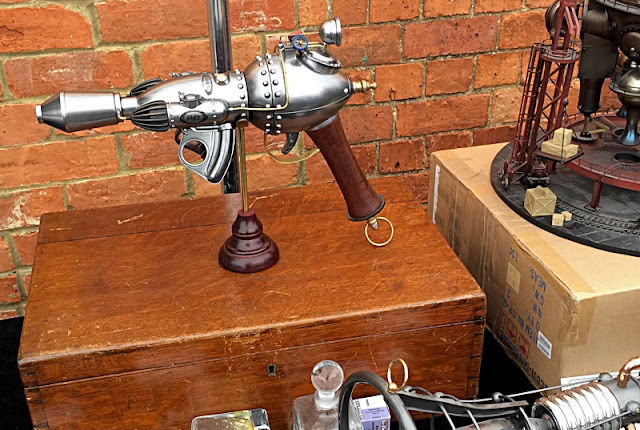 Neat spacecraft (below) was displayed on a mini-diorama base-cum-takeoff pad. Excellent weathering provides the metallic effects with a realistically oily sheen. 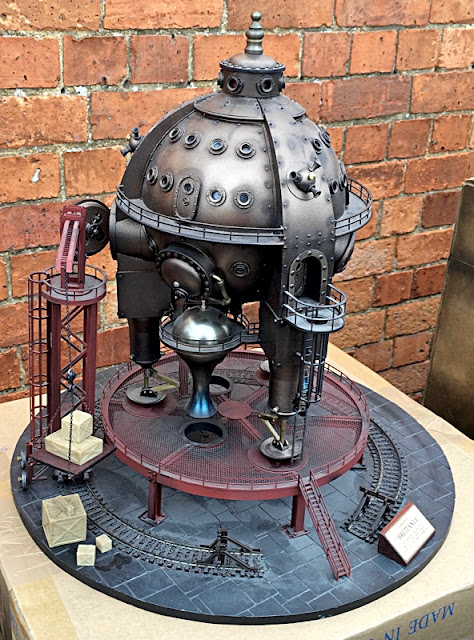 The deadly Thunderbuss rifle (below) is a design which transcends strict classification. Any rocket pilot, from Buck Rogers to Flash Gordon, would be delighted to use one of these for defence against marauding alien entities. 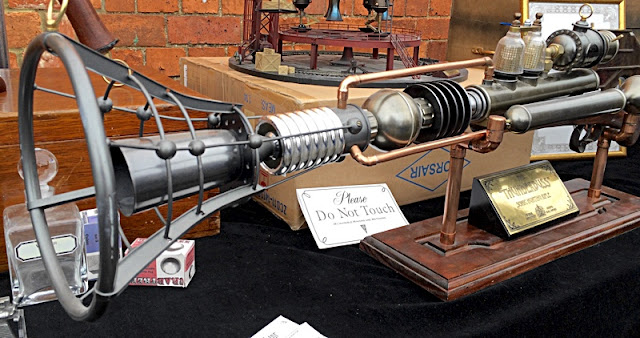 The African-style hunter's pith helmet (below) was contained in beautifully constructed shoulder-mounted gear. 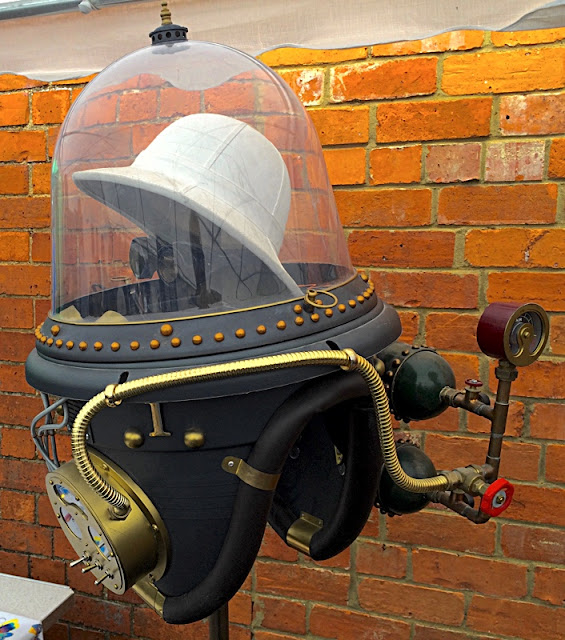 Excellent aerial dreadnought, the Leviathan (below). Don't worry about the mechanics of staying aloft without wings or gasbag, because steampunk doesn't fret overmuch about such details. In our book, Leviathan cruises the skies using powerful aether engines which supply anti-gravity forces. 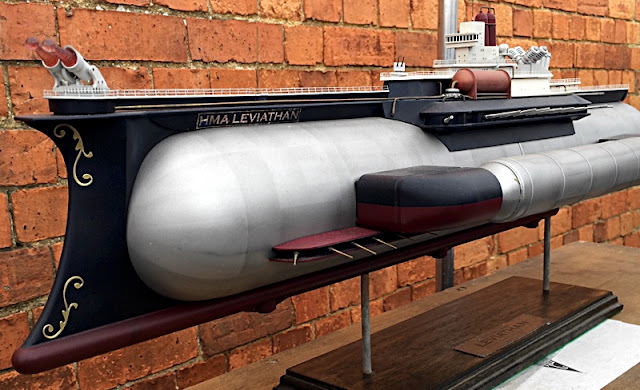 There were other models at Smallspace 4 that that could be classified as examples of Victorian-era fantastic science. The fishlike Nautilus submarine (below) from the 1954 Disney movie 20,000 Leagues Under the Sea is certainly one of these. 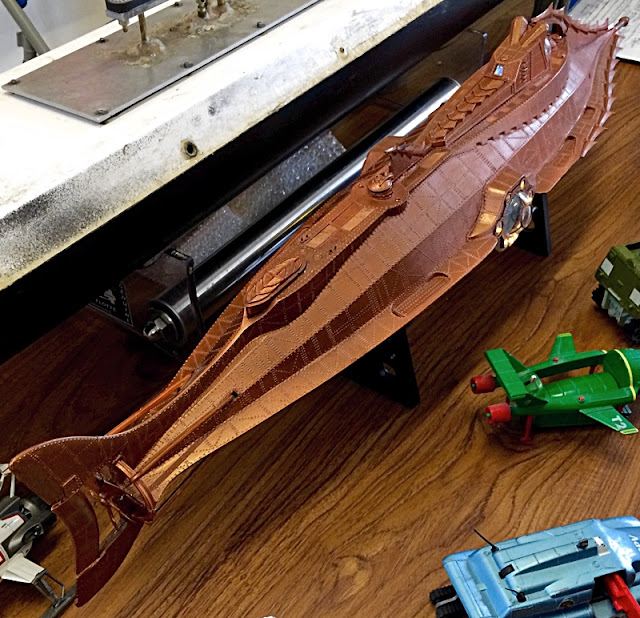 The 1:72 scale Jules Verne Nautilus (above, below) predates today's steampunk, but it does have rivets aplenty, and shares the same overall ornate look. More beautiful steampunk items here, these from Weta Workshops, the award-winning New Zealand special effects outfit that's been responsible for many movie blockbusters, ranging from The Lord of the Rings to King Kong.