SMALLSPACE 4 FEATURED MANY STARS of the big movie franchises. This Ironman figure is finished with a neat metallic sheen, and also features a realistic lighting display.


SMN report: This Cylon Raider (below) was shown with an optional LED lighting kit, supplied by Tyridium Models. LEDs are an excellent idea that, if carefully used, can improve the show appeal of many models. Used badly, they can easily make a good kit look like a cheap Christmas decoration. 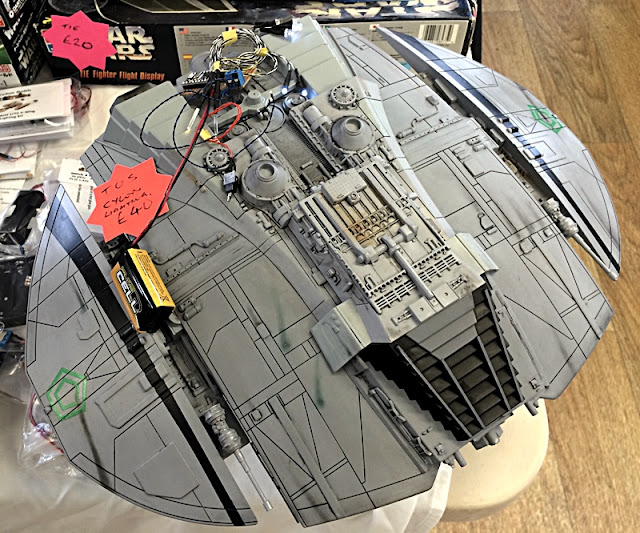 Wonder Woman (below left) fights off an underwater creature. Smaller scale Batmobile and Chevrolet Camaro could help her to escape if the beast becomes a real problem. She stands a good chance of freedom if she chooses the Chevy, as it's not just any old Camaro, it's Bumblebee, star of the Transformers movies. 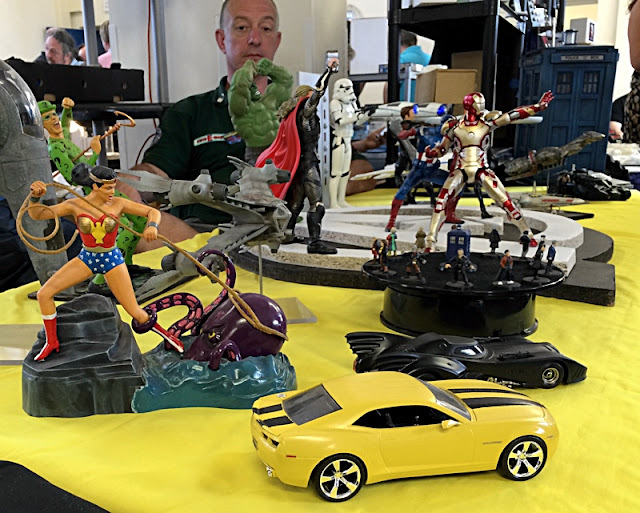 Colonial Viper (below) from Battlestar Galactica looks a neat build, with weathering that gives it a battle-weary appearance. Actually, the maintenance crew would get a serious dressing down if it were my ship - it's high time you got out the soapy water and polishing rags, boys. 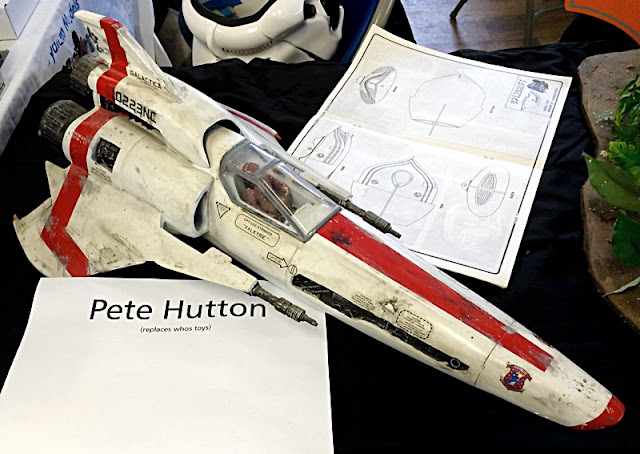 Meanwhile the Star Wars X-Wing (below) includes a standing Luke Skywalker figure, a nice touch that gives a proper sense of scale. Here's another case for a word with the ground crew, as the port lower gun barrel has taken a dive, making aiming at the Imperial bad boys a bit problematic. 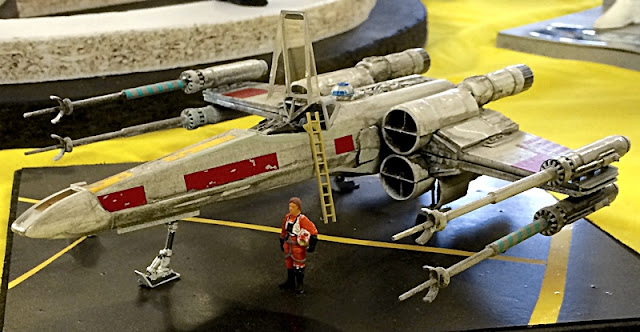 Mat Irvine note: Dead crew members were known as 'Ensign Expendables', in that if you saw a previously unknown red-jumpered crew member get into the transporter with stars of the show, you knew he was the one that wasn't going to return... 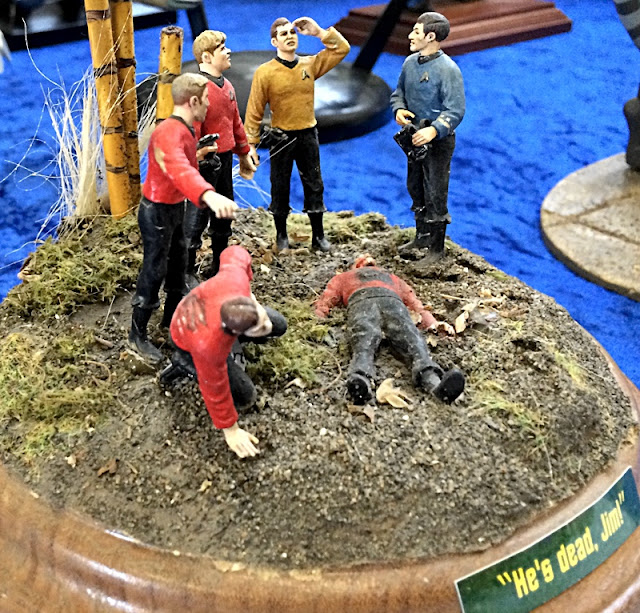 A new entry to the world of fantasy figures are the Minions (bottom right) who now feature in their own, delightful movie. 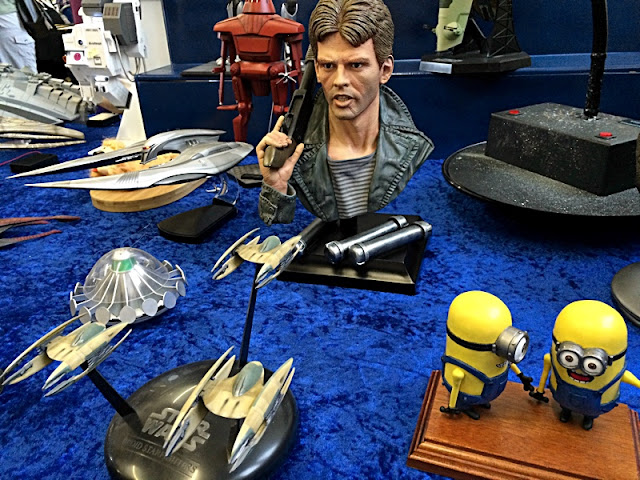