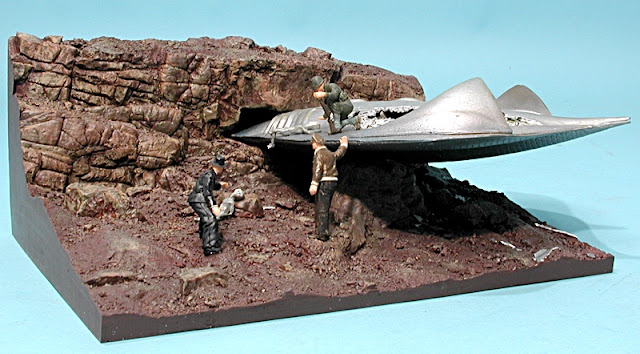 ON JULY 4, 1947, something supposedly happened near the town of Roswell, New Mexico, an event that the world has never forgotten. It was the purported crash of a UFO - an alien spacecraft - and the recovery of the crashed ship and several of its occupants.


Mat Irvine: Except that the incident may have been at a different spot, perhaps even somewhere else entirely, such as Socorro, 175 miles away. There are plenty of theories and conflicting reports, but one thing is common - interest in the ‘maybe’ event hasn’t gone away. A whole sub-industry has grown up around Roswell, including books, magazine articles, TV shows, movies, the Roswell UFO museum - and yes, model kits.

A neatly designed and produced 1:48 scale Testors kit already features a manta ray-like UFO shape, supposed to be more correct than a circular flying saucer planform. And now there is a resin-based 1:48 scale kit (below) that includes the whole Roswell crash scene as a well produced diorama.

What you get in the all-resin kit (below) with diorama base parts at left, UFO centre, ET and human figures in the foreground. 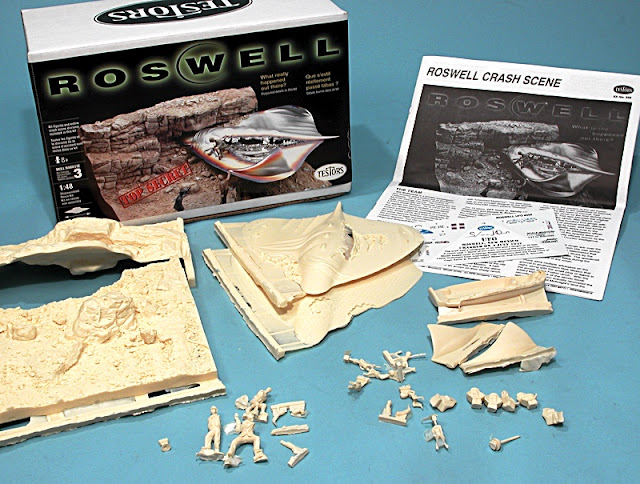 The UFO is the same shape as the first Testors kit, but now is depicted piled into the wall of a mesa, one of the countless raised areas scattered across New Mexico. And that’s not all. Also included in the box are a crew of tiny ETs, US Army personnel, plus a civilian dressed ina  ‘Men in Black’ style FBI dark suit.


The unpainted crash-damaged hull (below left) and completed interior assembly. 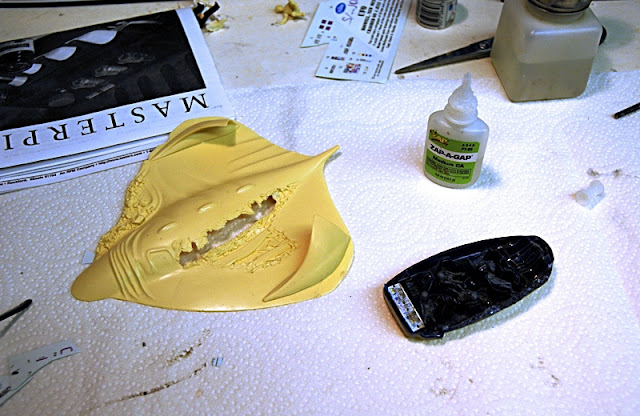 The interior (below foreground) with seated alien figures. The main craft has just received a first coat of silver paint. 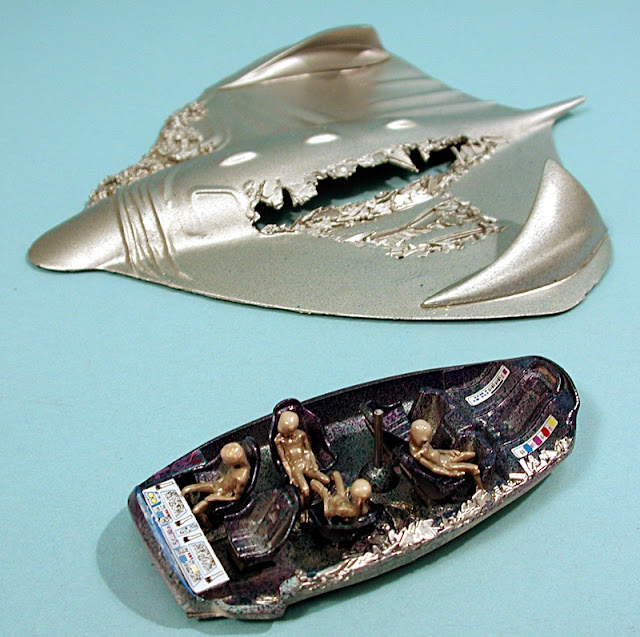 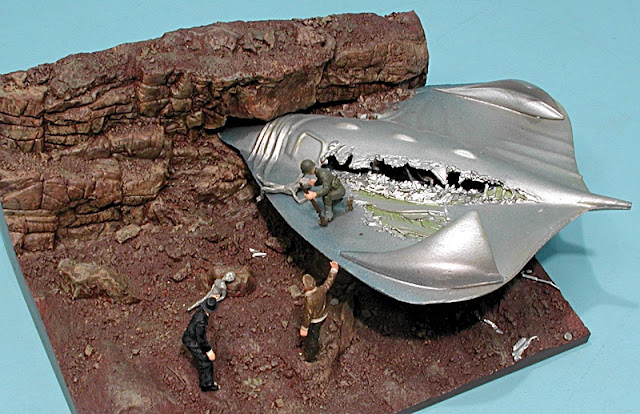 The completed diorama (above, below) has a high degree of realism if you paint it carefully. Note the human figures, and the apparently dead ET lying on the ground. There is a lot more on this build in my book Scale Spacecraft Modelling. 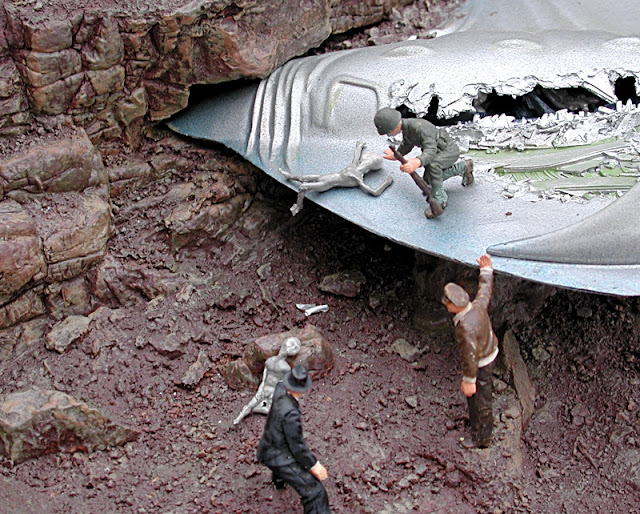 I also made this bigger scene (below). I included the original diorama, and built it into a larger mesa wall. The vehicles are a Tamiya 1942 Ford and an Airfix Jeep. 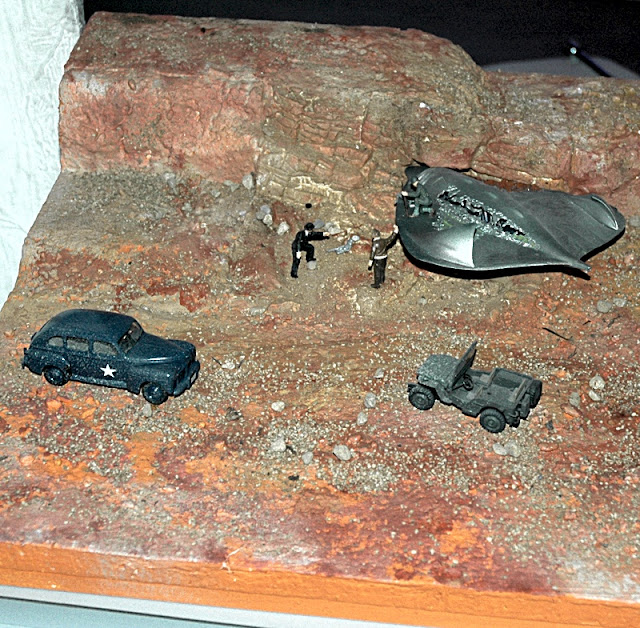 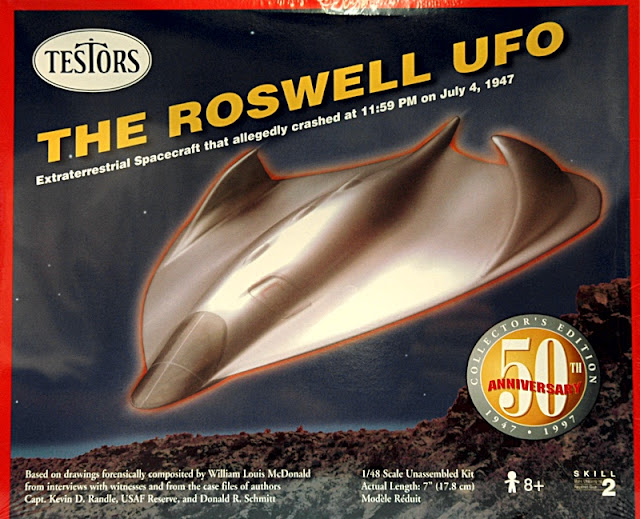 The original all-styrene kit (above, below) of the Roswell UFO. Note that instead of a smashed hull, Testers gave this model a transparent nose and panoramic cabin roof. 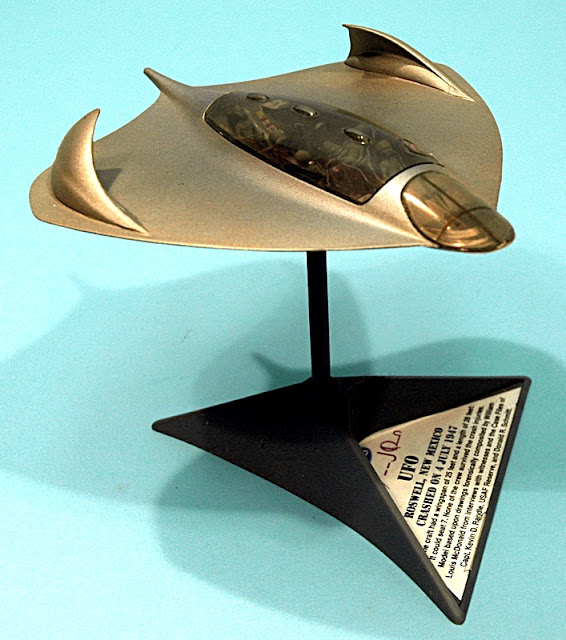 It’s an intriguing kit, and probably the best representation of that 1947 Fourth of July Roswell Incident - assuming, of course, that it ever really happened!

Visiting the area is a must if you are in New Mexico. Here is one place (below) clearly purporting to being ‘the’ site. 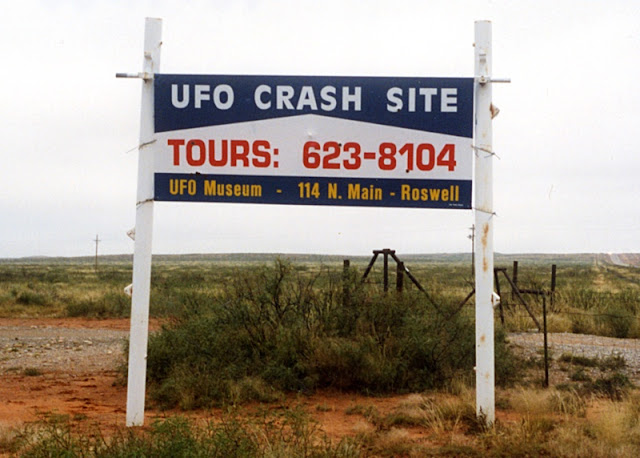 And this is what I saw on the ground (below). There’s not a lot to see, even if I did turn over a few rocks, ‘just in case’ there was something there. 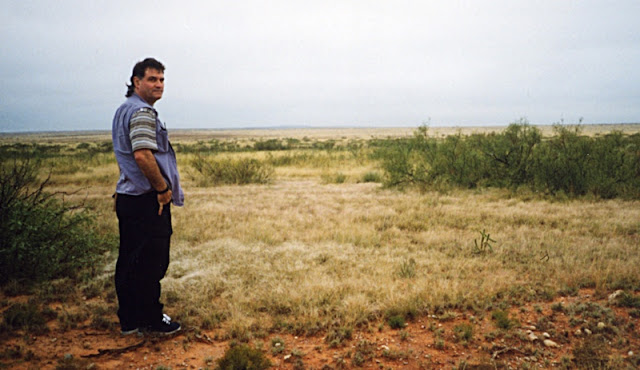 A classic mesa wall (below). Maybe the 1947 UFO actually crashed right here, but all the evidence has since been cleared away! 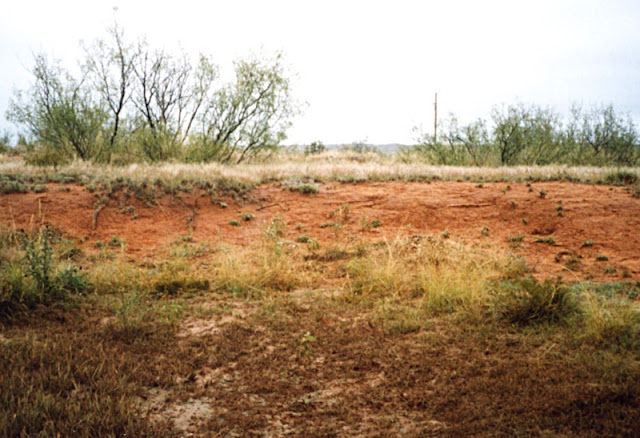 The four-footed creature (below) is about the nearest we got to seeing any form of alien life. 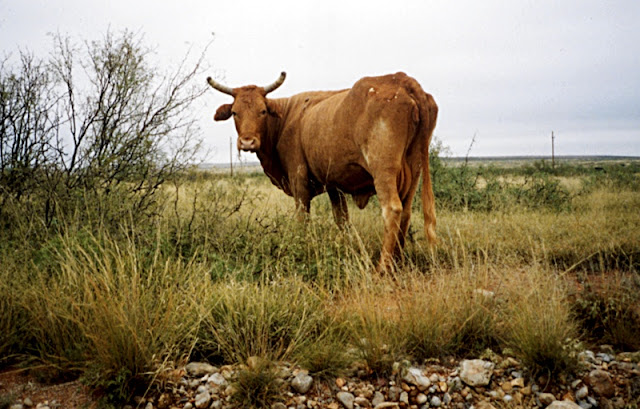 I saw a fascinating natural phenomenon appear over the site (below) while I was on the scene. Just as the Sun was setting, a saucer-like a lenticular cloud formed in the sky, a sight that could have easily convinced a non-meteorologist local, relaxing in the back of a Ford pickup truck over a bottle of hooch. “Man, that saucer was huge!” 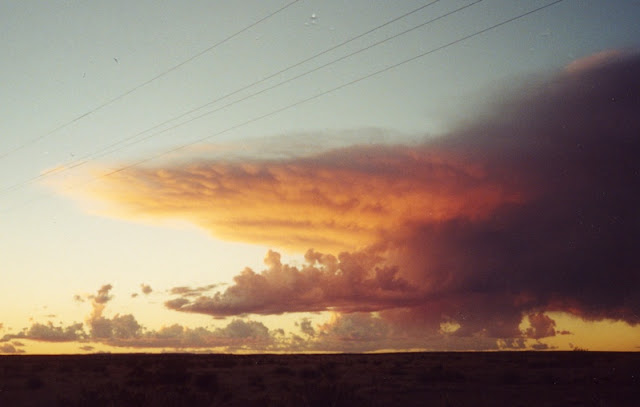