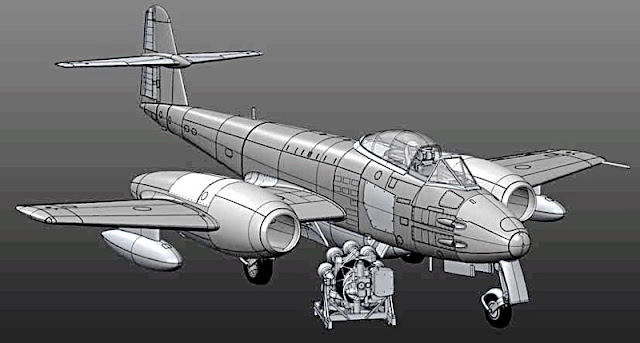 BIG NEWS FOR fans of the jet age is that Airfix will be releasing a 1:48 scale Gloster Meteor next year - and the pre-order hotline is already open.


SMN report: 1:48 happens to be our favourite aircraft scale, so this big new Meteor kit is definitely one to wait for. 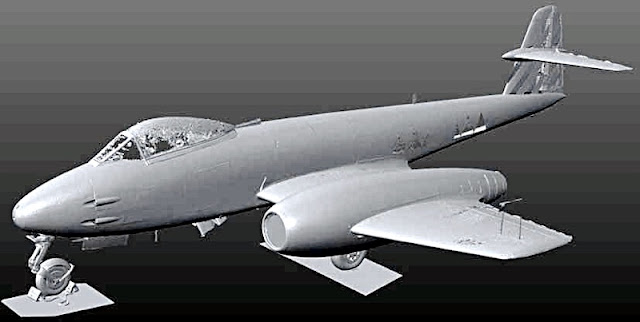 With the huge amount of interior detail (below) on offer, we reckon Airfix ought to include a transparent fuselage half, to allow proper inspection of what's inside.

Centrifugal turbojet engine (below) on stand looks a nice touch. Let's hope a nicely sculpted 1950s-era pilot is included in the box. 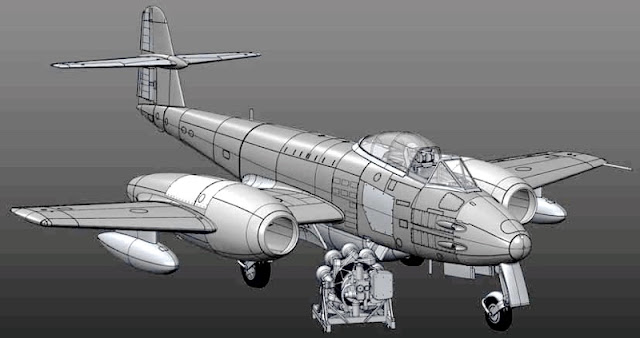 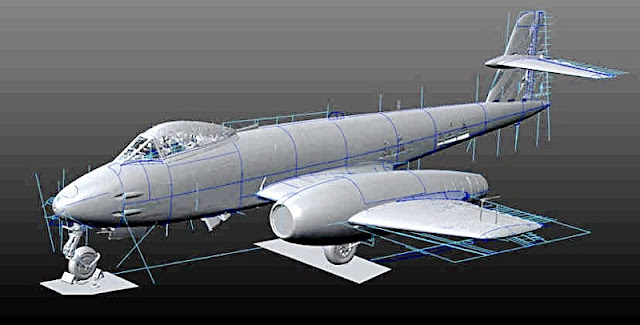 Below, removeable nose cone, exposed guns, visible engines, and deployed air brakes are just a few of the goodies coming with the new kit. 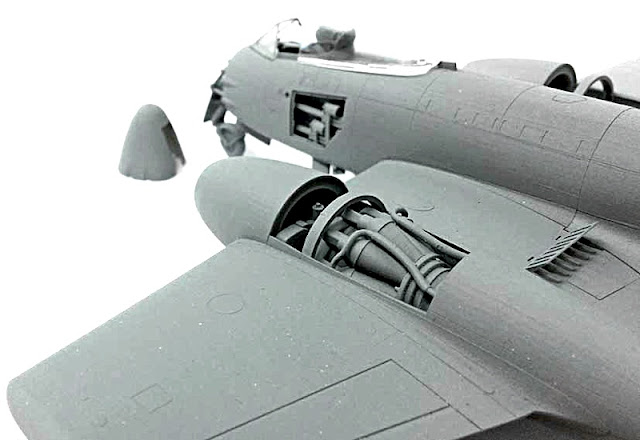 Shots (below) of the actual aircraft that Airfix have laser-scanned to make the kit as accurate as modern technology allows. When it arrives in Spring 2016 (April is the current target release date) the Airfix Gloster Meteor stands a good chance of being the best kit ever released of this first operational British combat jet.

Two big 'oles (below) suck in the air that's needed by the Rolls-Royce Derwent turbojet engines. 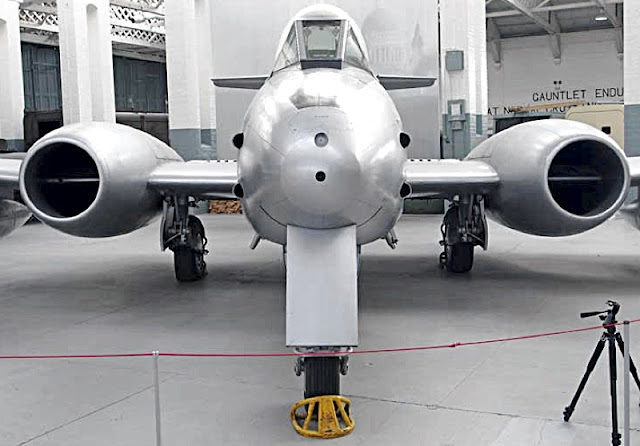 Two gun ports (below) on either side of the nose show the 'Meatbox' had teeth. 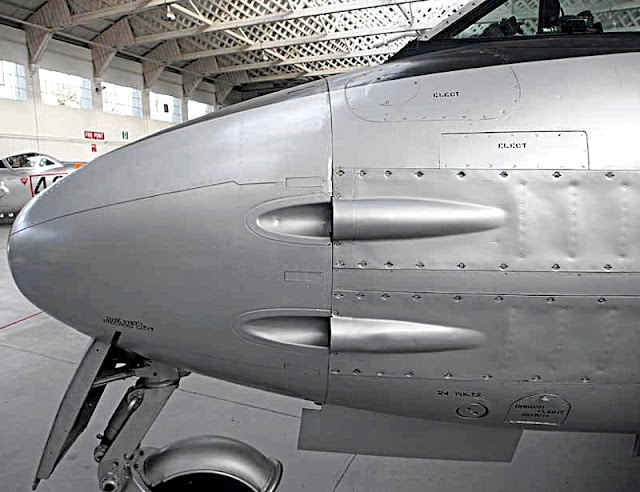 Pictures courtesy Airfix. There's much more on this upcoming kit at Airfix here.