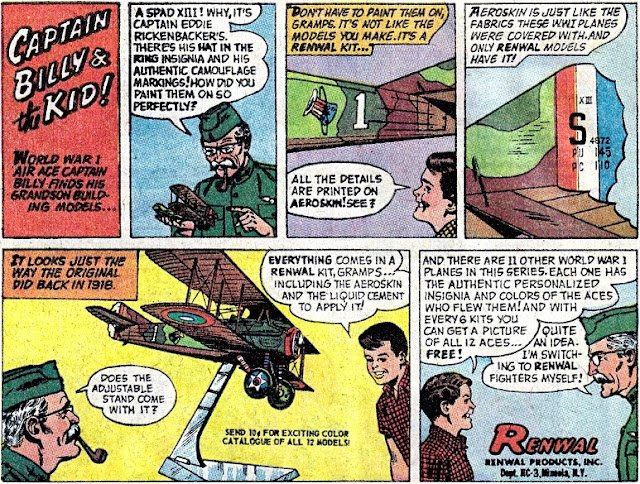 HERE'S AN OLD IDEA that might just be ready for a 21st century revamp. The strip-style advert (above) portrayed grizzled old Captain Billy asking grandson Kid about a novel Renwal product, pre-painted Aeroskins, an interesting idea that didn't last long.

SMN report: For marketeers, the Captain Billy and the Kid strip-style advert (header, below) made perfect sense, being an opportunity to explain a new idea easily.

Perhaps the death of Aerokins is a shame though, particularly for modellers who lack the time (or skill) to recreate complex World War I camouflage markings, which can be a pain to apply, especially the lozenge patterns used by German forces.

These six Renwal aircraft kits (below) came with Aeroskins ready for immediate application. 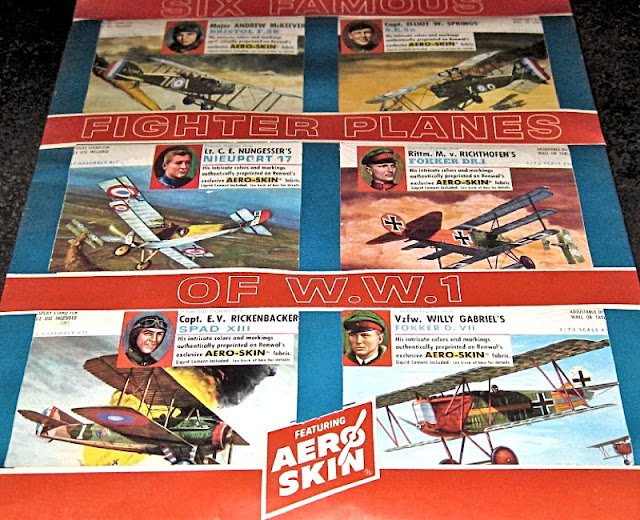 Other interesting aviation subjects included two Curtiss designs, a Jenny two-seater as flown by aviator Frank Hawks (below) and a F11C Goshawk fighter from the 1930s. 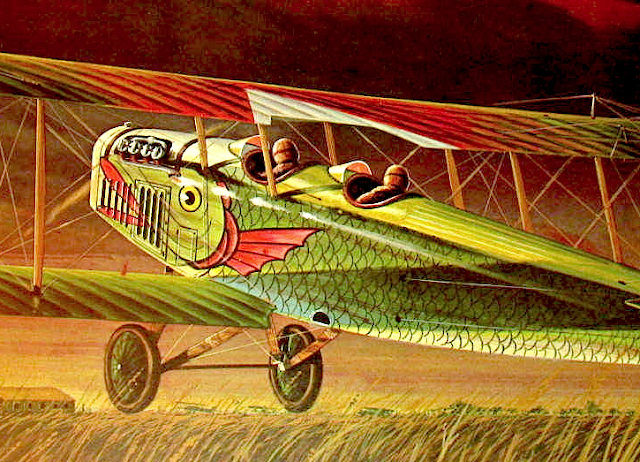 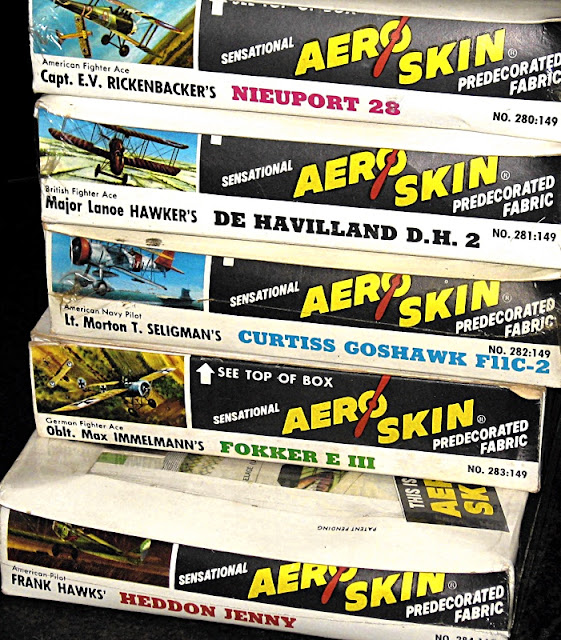 Neatly printed, the oversized Aeroskins allowed plenty of scope for easy application and later trimming, even if an ultra-sharp blade was necessary for clean edges. 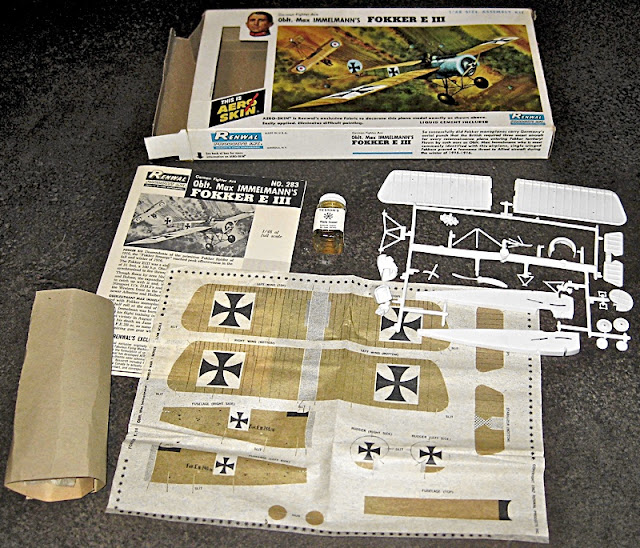 Maybe there's some scope for a modern version of the Renwal Aeroskin concept, especially as today's decal-printing techniques allow ultra-precise print and finish. 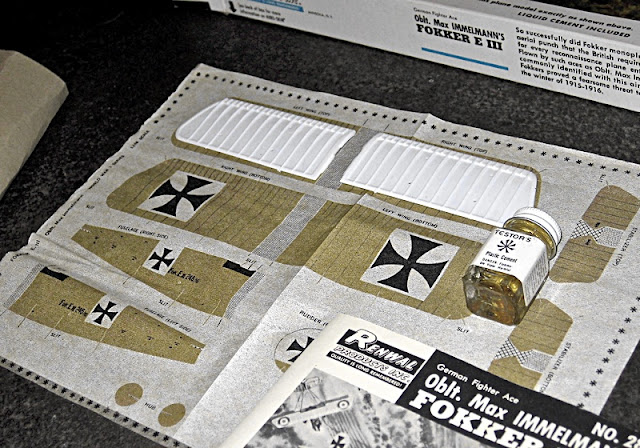 SMN note: We were sent images for this article without knowing the source. If you know who took the pix, we'll be pleased to credit appropriately.
Email ThisBlogThis!Share to TwitterShare to FacebookShare to Pinterest
Labels: Captain Billy and the Kid, Renwal Aeroskins
Newer Post Older Post Home